* For reference, The Pirate Treasures game Reviews websites are all approved, there are no viruses and malware.

* For reference, The Pirate Treasures game purchase URL is the Amazon website, please feel safe to get it. 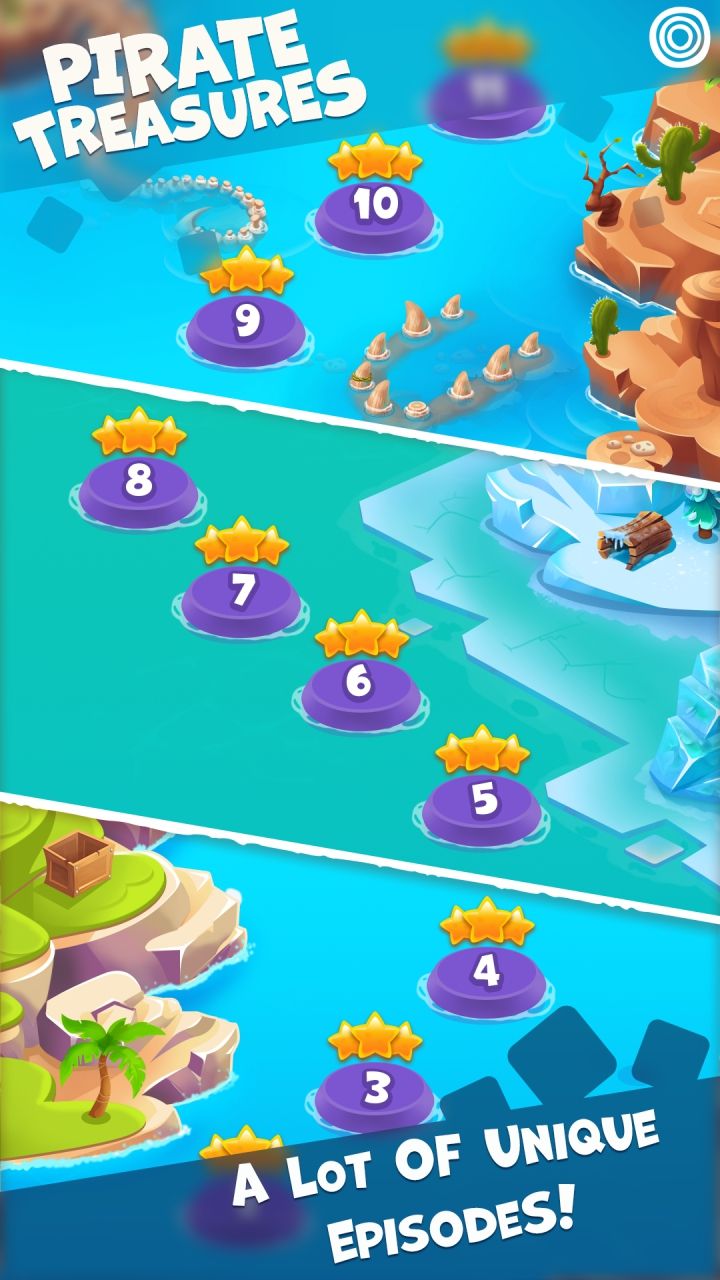 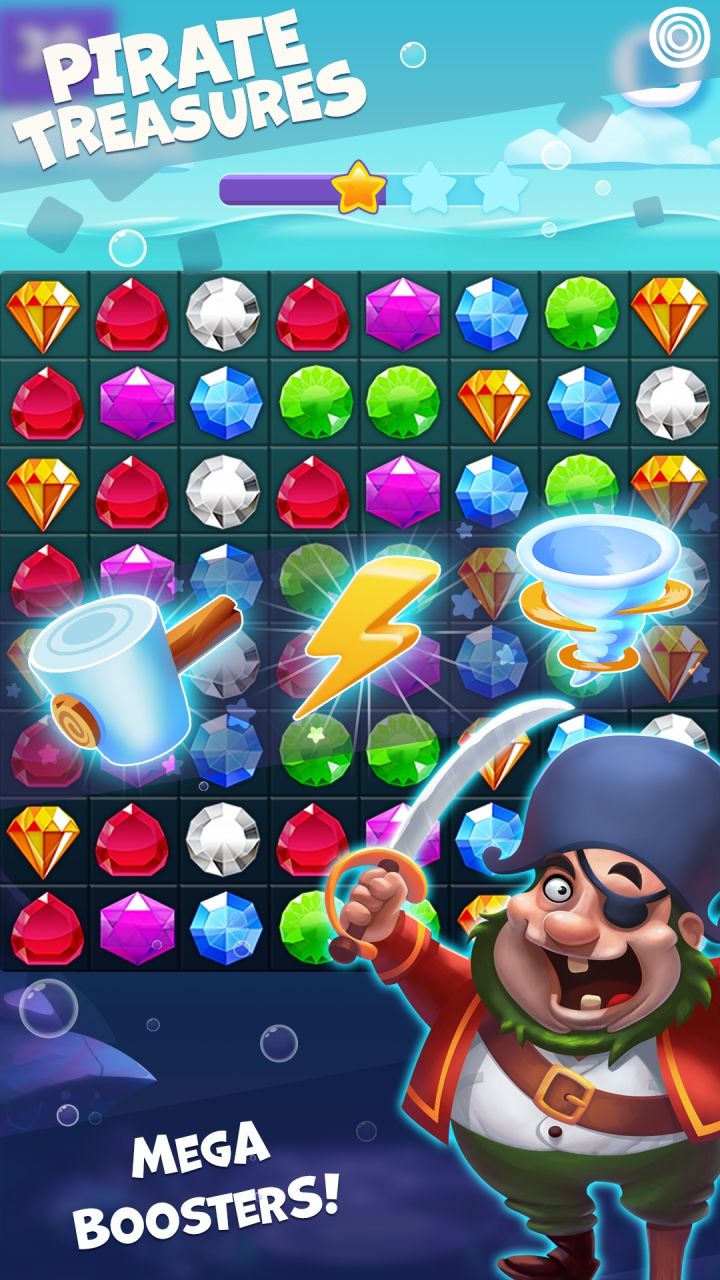 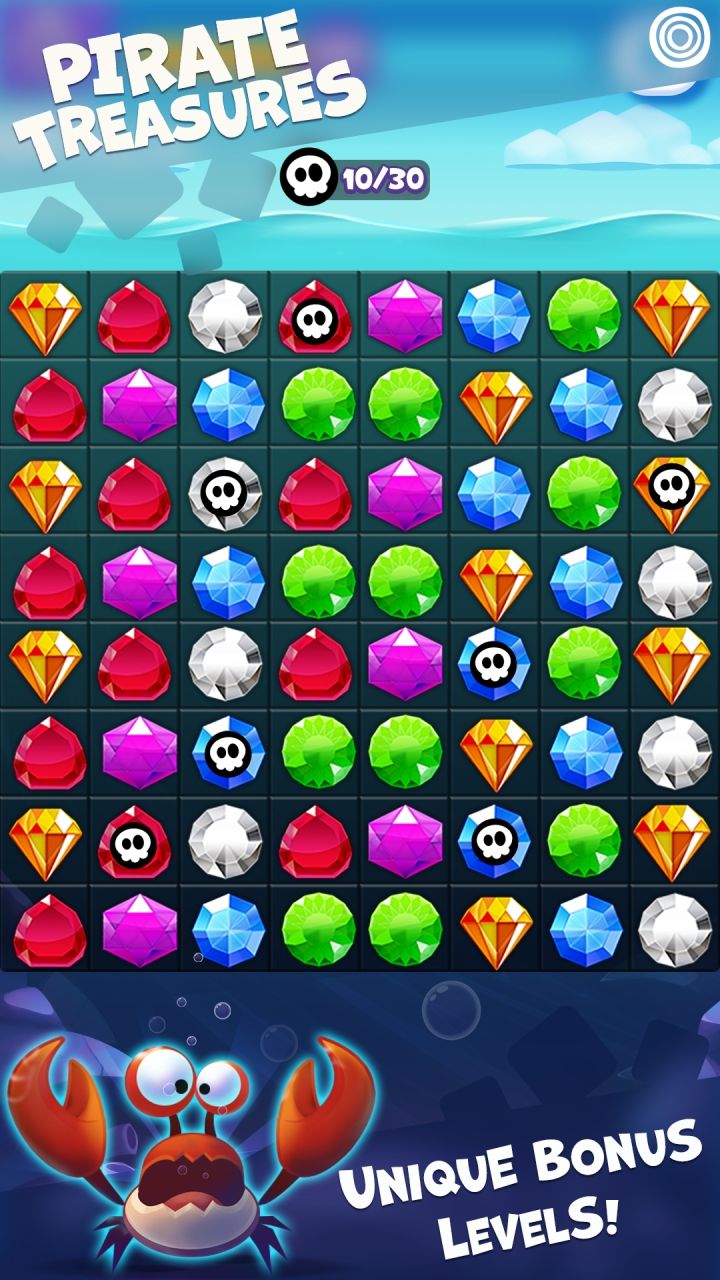 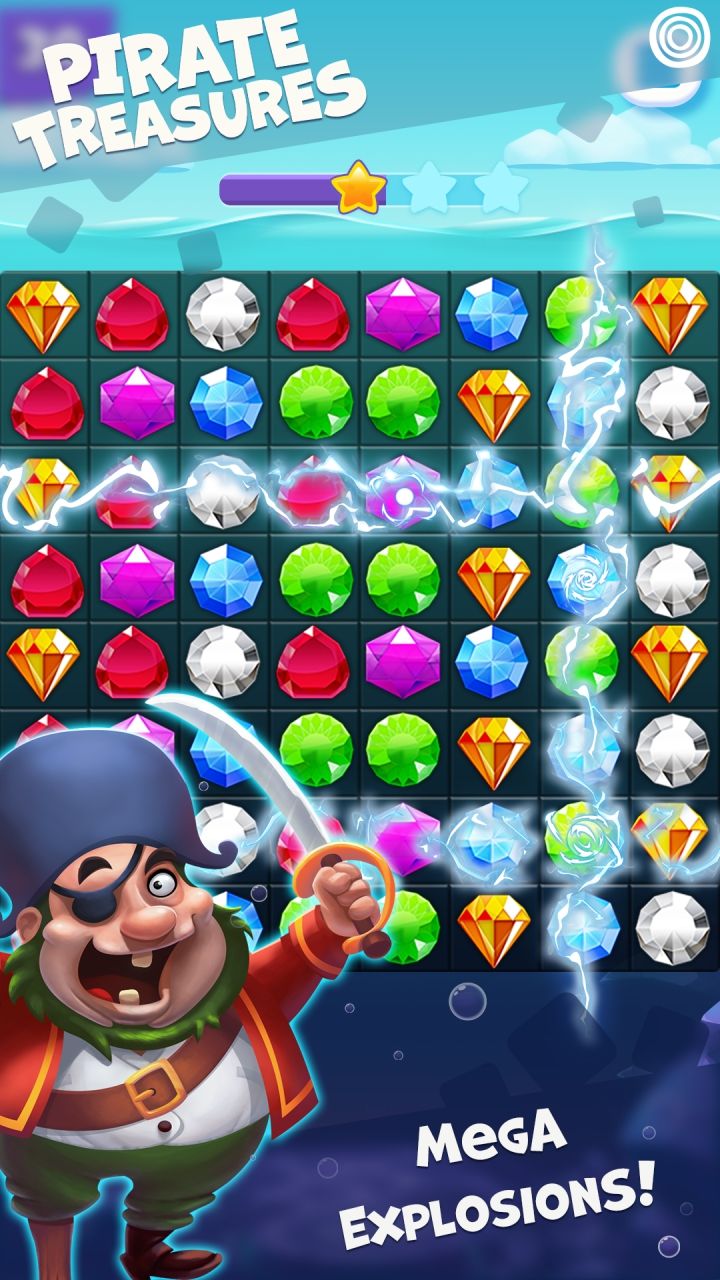 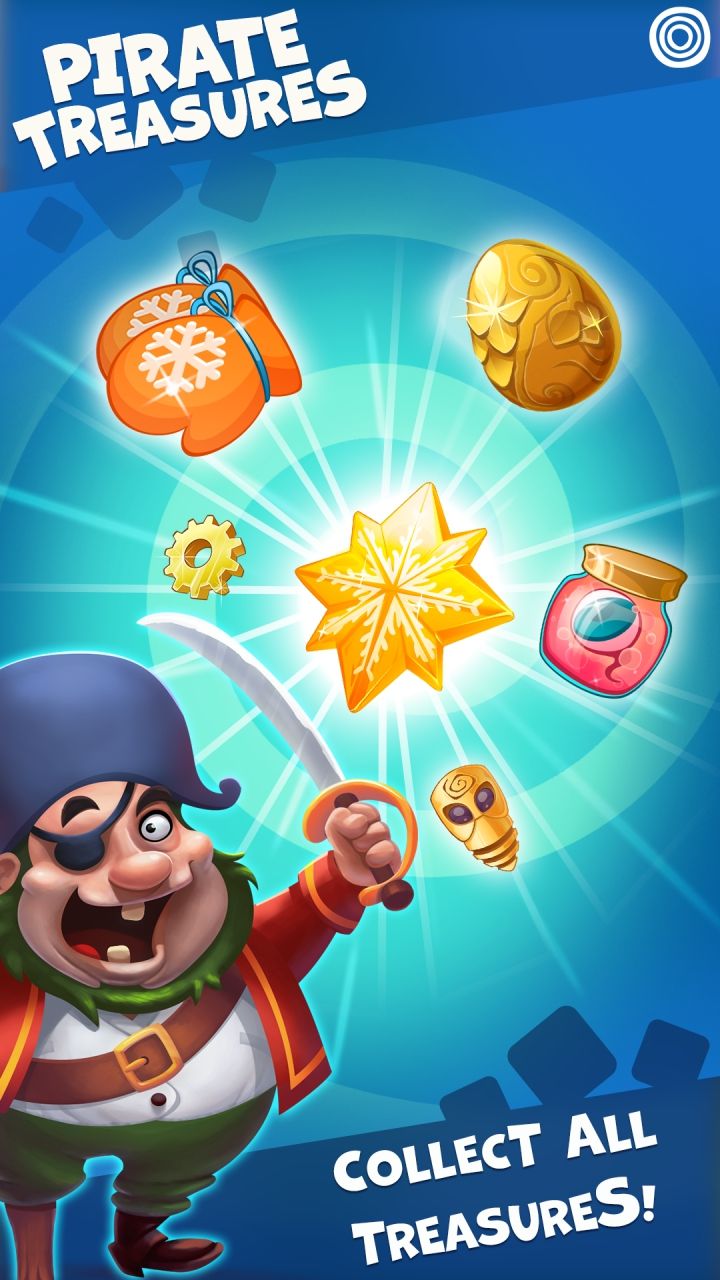 Pirate Treasures: Jewel & Gems is a match-3 game themed around nautical adventures. Help your pirate crew get the riches they deserve and enjoy classic match-3 gameplay while your other apps are building energy!

Pirate Treasures: Jewel & Gems is a fairly standard match-3 game with a nautical theme. If you’re familiar with games like Candy Crush, you’ll have a good idea of what gameplay is like. On each level, you’re presented with a board of tiles of gems of different colors. Swipe two adjacent gems to switch their locations. Whenever three or more gems of the same color are grouped together, the whole group will disappear, causing new tiles to fall in from the top, sides, or bottom.

There are two goals in match-3 games. The first is implicit: you must match as many tiles as you can. Every time you score a match, your score increases. Additionally, if you match tiles in certain configurations, various powerups spawn. These include lightning that zaps a whole row or column, special tiles that remove all tiles of a certain color, and big bombs that clear out whole sections of the level.

While matching a lot of tiles is good, it’s usually not the fastest way to clear a level. Each level in a match-3 game has an objective. Usually, these objectives are accomplished by matching tiles of certain colors or matching tiles in specific locations on the map. If your goal is to match 20 purple tiles, for example, matching 300 green tiles won’t help you directly. If you make powerups by matching green tiles, however, you’ll be able to use the powerups to clear out a bunch of purple tiles at once, potentially winning the level outright.

Like other modern match-3 games, Pirate Treasures has a variety of mechanics that it uses to generate revenue for the developer. In between levels, you’ll be shown fairly long, obtrusive ads. These advertisements have been ramped up in recent years, meaning you might find yourself watching more marketing material than you expect. In addition to ads, you’ll have to wrestle with limited moves per level, limited energy to retry levels, and other classic match-3 monetization tactics.

On the other hand, if you’re a big fan of match-3 games, Pirate Treasures is a great way to pad out your arsenal. Match-3 games are limited by energy, a resource that slowly replenishes over time. This means that if you want to play any particular game for a long time, you’ll have to shell out a few dollars to buy more energy and play more levels. If you’re not too picky about which game you play, however, you can get a whole bunch of match-3 games and simply cycle between them when you run out of energy on your favorites. Pirate Treasures is a perfect third, fourth, or even fifth game for the diehard match-3 fan.

If you’d like to get to high levels in Pirate Treasures, you’ll want to utilize a few basic techniques.

First, it’s important that you understand how to spawn powerups – and how to use them. Just because you’ve got a rainbow star or a lightning tile doesn’t mean you should use it immediately. Make sure to consider your goals and think ahead before you spend your hard-earned power-ups to pop a bunch of tiles that you don't need to pop. Often, saving a power-up for a few moves can be the difference between winning and losing a level.

Second, don’t assume that the levels in Pirate Treasures are random. Most of the game is deterministic, meaning that you can get past a super tricky level by simply borrowing someone else’s strategy. You can find clears of just about every level in the game on streaming sites like YouTube, meaning you can always look up a solution for a level you get stuck on.

Third, your persistent power-ups should be saved for special occasions. This means that you should burn them on the end of levels that you’re very, very close to beating. If you need a little boost, spend a resource and coast past the victory condition with ease. If you need a big boost, however, it’s probably best to save your resources for later. There’s nothing worse than spending a resource to beat a level and then failing the level anyway.

As far as ads go, remember that Pirate Treasures is an app that uses the internet to fetch marketing materials. Popping your device into airplane mode or installing custom adblocking firmware on your wifi router will prevent the game from pestering you with ads. This solution might not work on-the-go, but you can certainly avoid ads in your living room.

Finally, as mentioned above, don’t fall into the trap of assuming that Pirate Treasures is the only match-3 game on the market. If you’re stuck on a hard level, you’re running low on energy or powerups, or the game is otherwise being difficult, just turn it off! You can always boot up a different match-3 game and play that one until your resources start to run low. Because things like energy and even some powerups replenish gradually over time, switching between different games will ensure that you’ve always got a full stock of the stuff you need to play.

Pirate Treasures’ nautical aesthetic is interesting. It’s not the only ocean-themed match-3 game, however, and the gameplay is fairly standard. With a lack of compelling background mechanics, it’s probably not going to be your primary game. It’s a good way to scratch your match-3 itch when your primary game is on cooldown, however, meaning it’s often worth to play it.