* For reference, The Fishing Clash game Reviews websites are all approved, there are no viruses and malware. 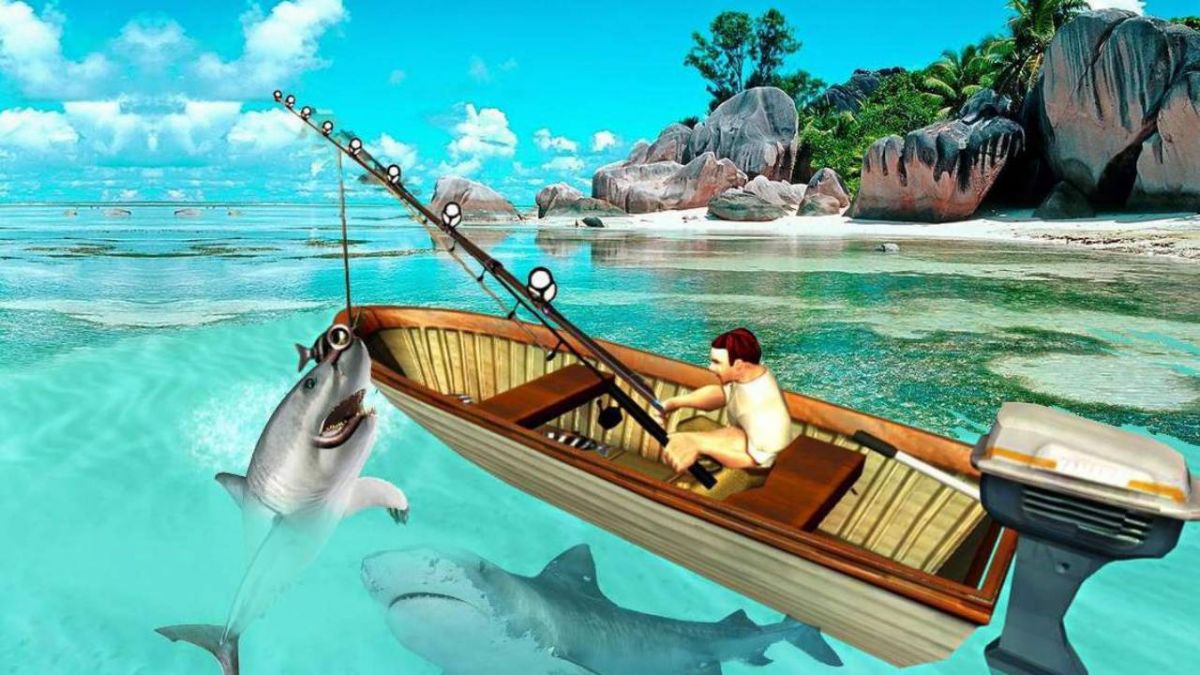 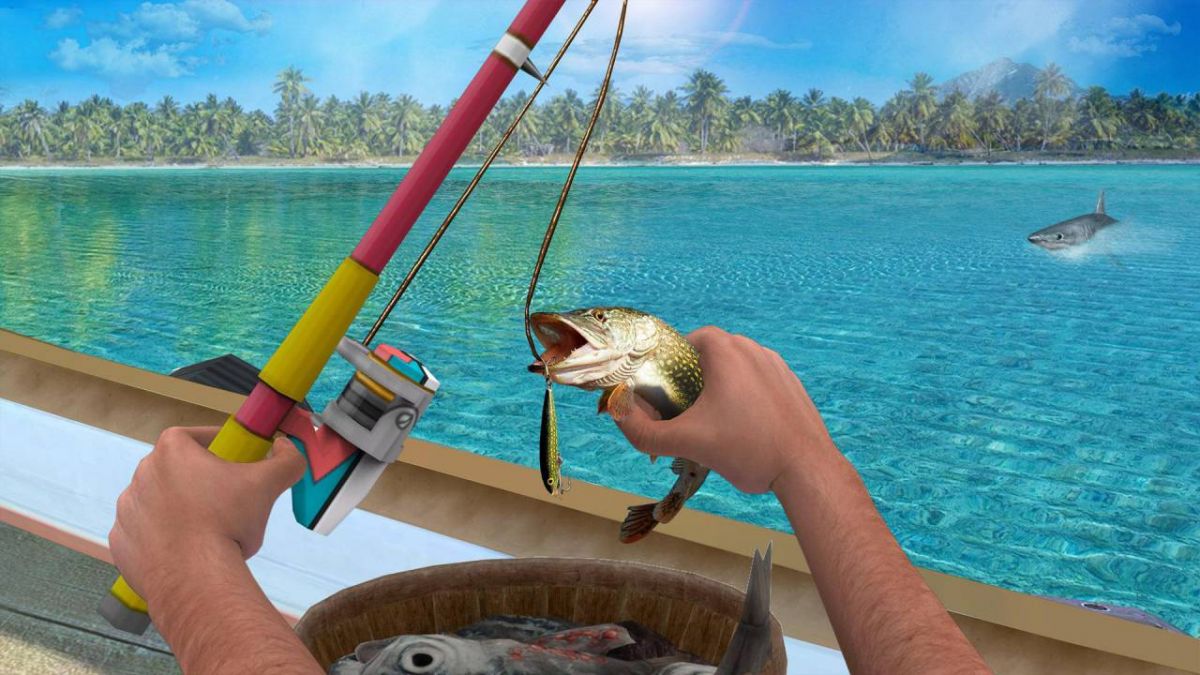 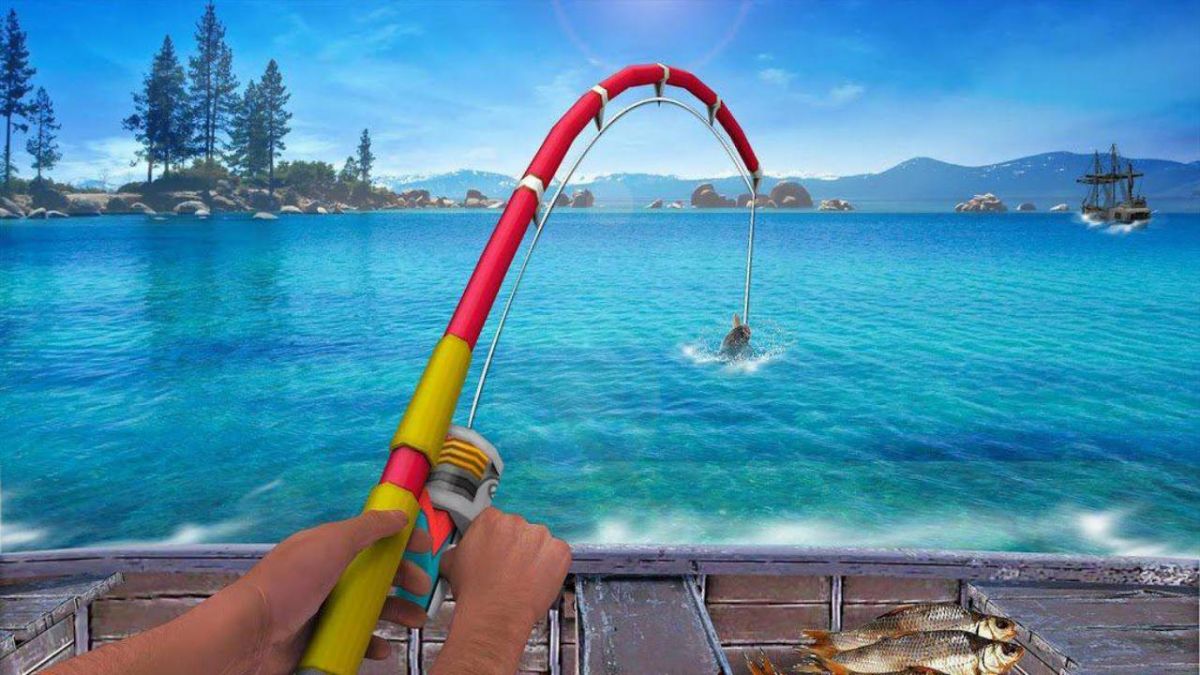 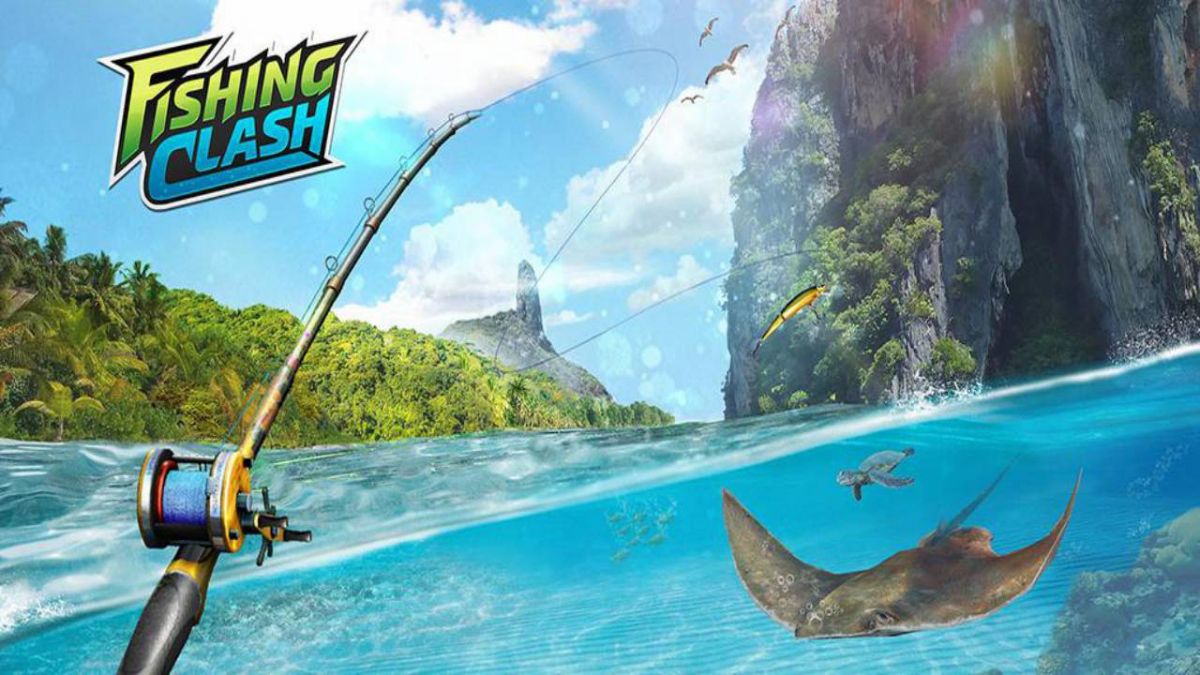 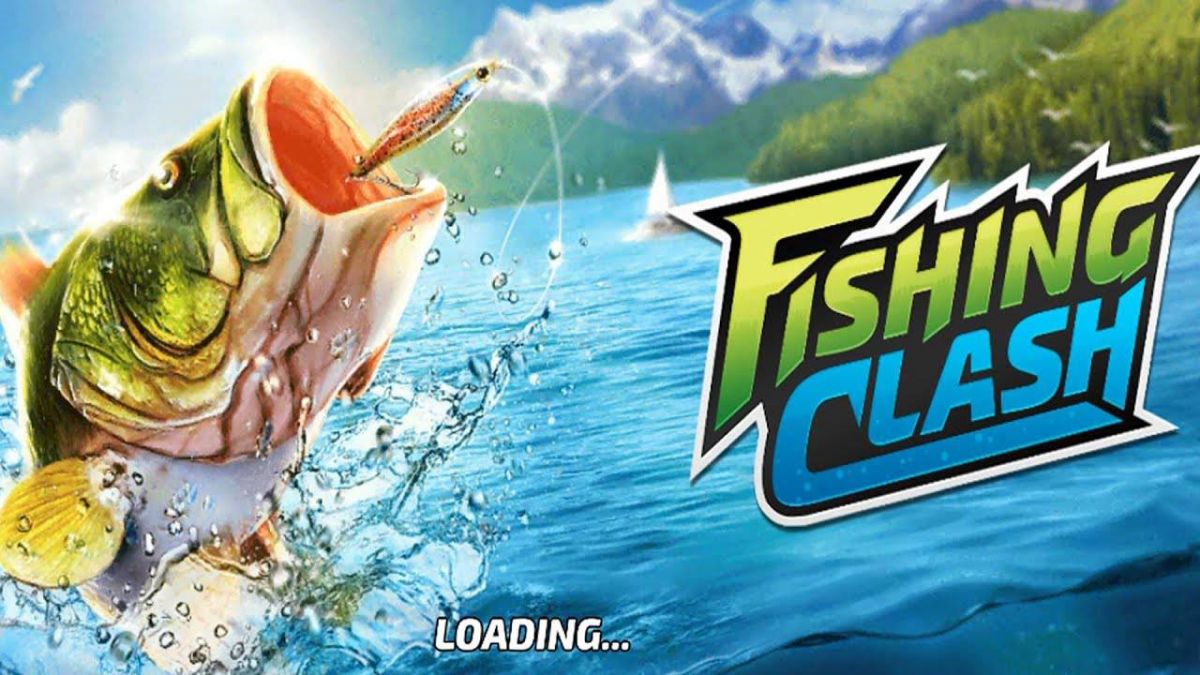 Get reel excited to go fishing with your friends without the wet feet in Fishing Clash.

Your first fishing spot will be on the Florida Coast, where you stand near some rocks with your tackle box open. There is a dock opposite you, while a boat floating close by. Once you are standing at your fishing spot, press the cast button on the bottom right corner to throw your line into the water. Almost at once, the button changes into "hook", and there is a fish on your line!

Time to reel the fish in - your task is to reel the fish by keeping your finger on the hook. Keep the line tension in the box while you reel the fish in to gain multiplier scores and combo. Watch as the fish gets closer to you, and you will be rewarded with a fish in the end. Once you deplete all the fish's stamina, you will finally hook it out of the water with a flourish, revealing your prize from the sea.

There are plenty of fish in the sea, but there is a lure for every fish. The lures come in lure cards, but your first card is to catch any random fish in the Florida Coast. To catch a specific fish, you will need the corresponding lure card. Each lure card will name the fish and some interesting information about it. The card also has 3 features: how likely you can catch it, how heavy you can handle, and the maximum fish stamina.

On the settings page, you can choose which weight system: kilograms or pounds. Then you can pick if you want to tap on buttons or control the reel with a slider system. The last option is sonar speed, which will be available when you activate the sonar power ups. Sonar shows you the fish that you have hooked on and how much it weighs before you reel it up.

You should try out the reeling option to decide how to play Fish Clash. The slider system is more popular, as you can slide the knob up or down to release or tighten the line tension. Pressing and releasing the reel button is another option, but it can be harder to stay in the box for combo. Take a few tries to be familiar with the controls as you catch a few fish.

To gain level, you have to upgrade lure cards. The lure cards require a certain amount of duplicate cards and some credits to upgrade. You get credits by successful catches, while pearls are the higher currency you earn by completing achievements or paying with real money. There are 5 types of lures, mainly to show the rarity of the fish. Gray cards are common, blue cards are rare, green cards are for epic fish. Purple cards get you mythical fish, and the rarest fish have gold lure cards.

Fishing is the primary activity in Fish Clash, but it is the dueling and competition that will allow you to get upgrades. You can get card packs play completing daily tasks for lures and rods. Upgrading lures give you experience points to unlock new fishing spots, and you need to reach level 10 to gain access to a new spot.

The rods you use are specific to the location, but you can still upgrade them for bonuses. You have to collect same level rods to upgrade, and each level has additional statistics that lets you get better fish. Better rods and lures will be of great help when you are dueling or in competitions, because the best fish wins.

When you hook up a fish, the game will display the weight, rarity and the amount of stars you get. You also get points on each type of fish, and there is a ranking system that shows who has the biggest fish. You also get coins based on bonuses like remaining in the perfect tension.

It is keeping the line tension in the rectangle that is hardest part in the game, because the fish moves. It will swim around, trying to escape like a real fish, and you have to make sure to not reel it in too aggressively, or the line will break. If the line is too slack, the fish will also run away. The higher the fish stamina, the longer the fight is going to be.

When you are dueling with another player, using sonar will help you. In this part, the biggest fish wins, so catching big fish will give you a better chance. If the fish is not big enough, simply release it so that you can cast the rod quickly again. Remember to upgrade all your lures before doing a duel, because the game will give you only 2-3 options of fish.

Power-ups are useful if you are trying to gain an advantage. There's weight, catch chance, sonar, speed, and luck at the start of the game. If you have one, there will be a number next to the transparent icon below your currency on the right side. Tap and the bonus will color up and you can enjoy heavier fish, or better chance of getting a good fish.

Once you win a duel, do not forget to open up the power packs. They are at the bottom of the screen and have lures and cash. The power packs are a  way to gain lures for upgrades. Sometimes you will get new lures for rare fish. Fish Clash is a great way to enjoy fishing without needing to get wet and buying new fishing gear all the time. You are welcome to share your game experience in the comment area below so that more people will like this game!