* For reference, The Toca Life: Hospital game Reviews websites are all approved, there are no viruses and malware.

* For reference, The Toca Life: Hospital game purchase URL is the Amazon website, please feel safe to get it. 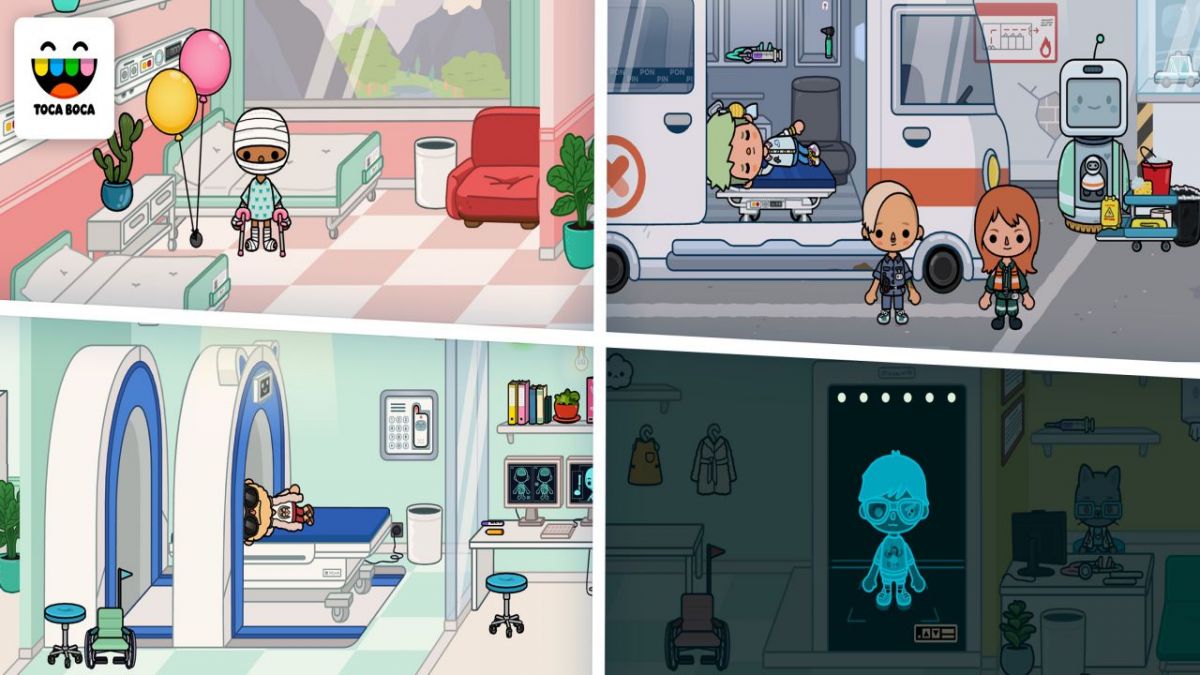 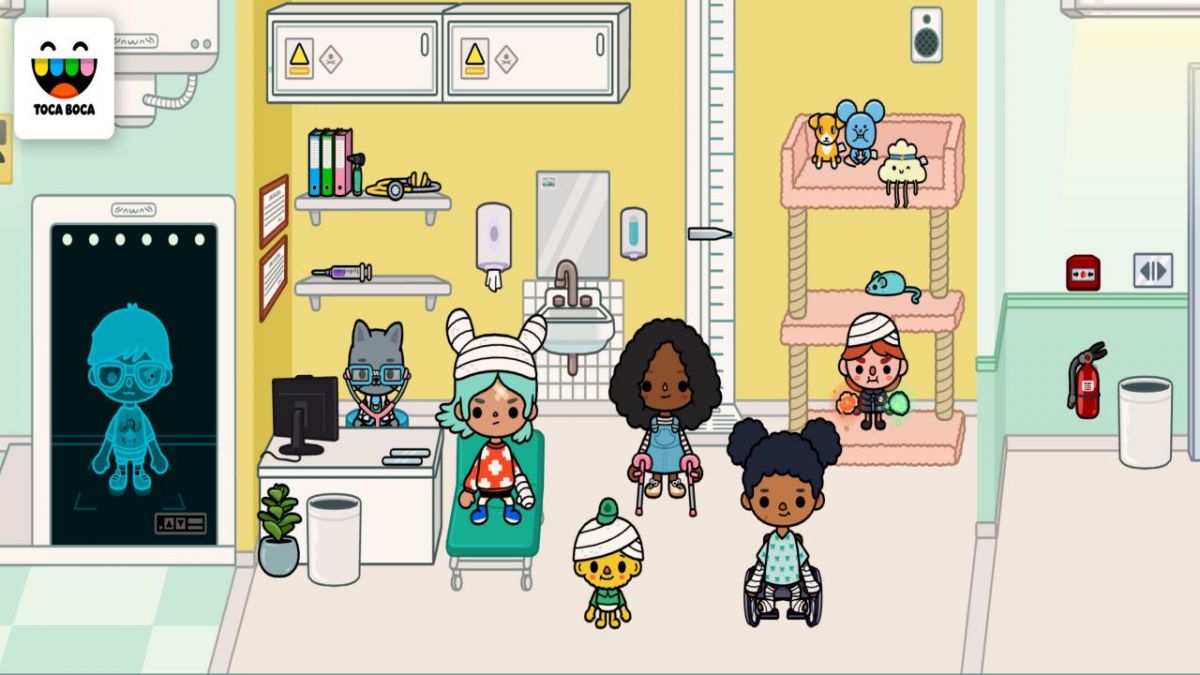 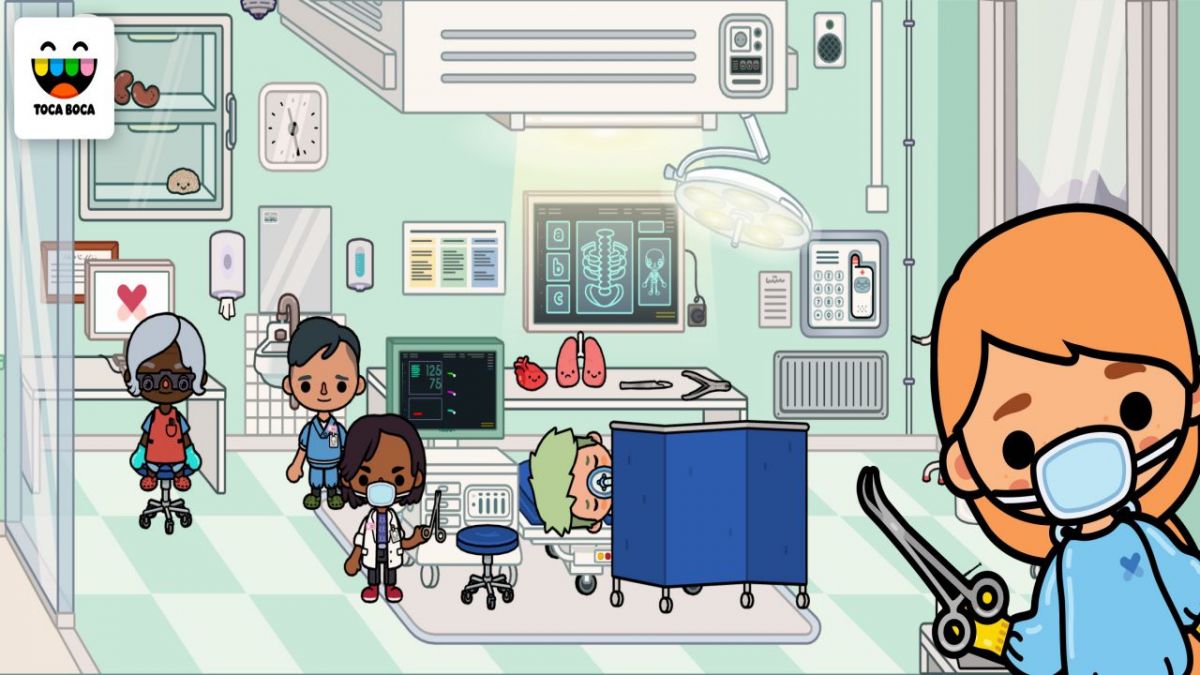 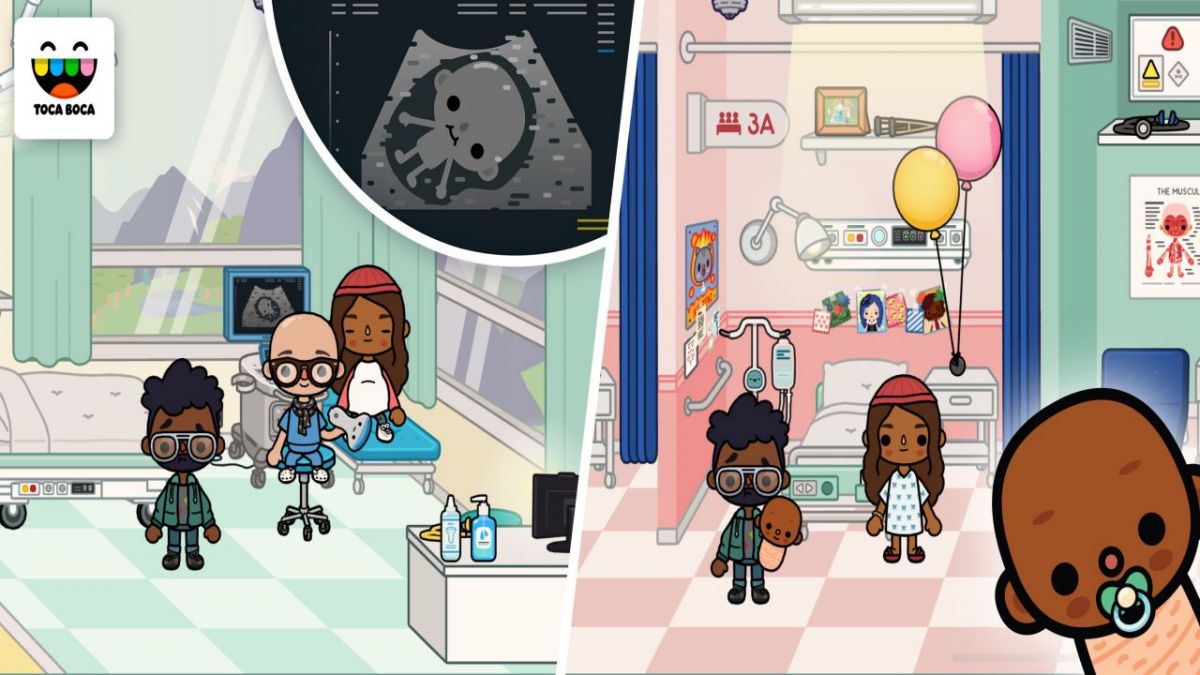 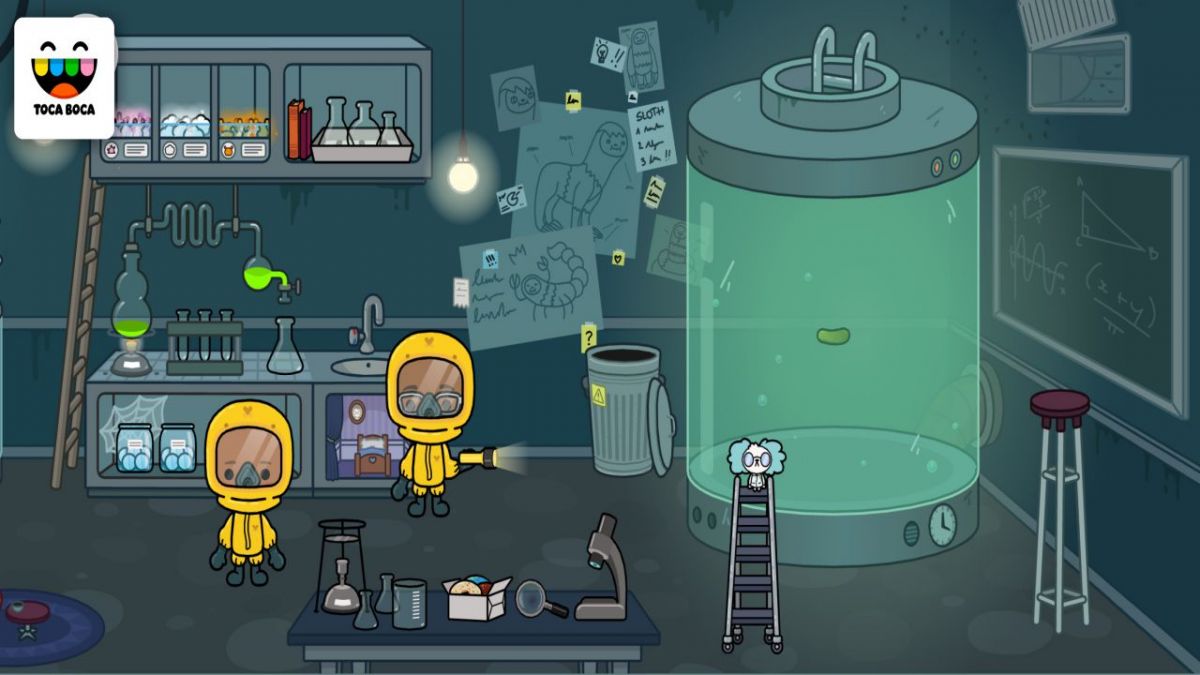 Toca Life: Hospital is a virtual playground that lets kids create their own stories. Interact with staff members, objects, and patients and record your gameplay and voice to make movies you can show your friends, or just play pretend on your own with no limits!

Toca Life: Hospital is a part of the larger Toca Life collection. Each of these games (and Toca Life itself) features a sort of virtual dollhouse with lots of detailed toys, characters, backgrounds, and more. Toca Life: Hospital is centered around a 5-story hospital that's complete with an ambulance, operating rooms, delivery rooms, and tons of secrets to explore.

Part of what's made the Toca Life franchise so popular is the ability to record movies using the virtual set. You can capture up to 2 minutes of motion, emotes, and interactions between characters along with pre-recorded phrases or your own voice. Many creators have used this to launch a successful YouTube channel - or just to share cool stories among friends and show off scenes to family members.

This feature isn't necessary to play the game by any means. Lots of kids enjoy Toca Life: Hospital while just playing with themselves. This might mean acting out plays with parents, creating imaginary scenarios, re-enacting real-life events, or even organizing the hospital for fun. Even when kids don't use the recording feature themselves, however, they've got access to a world of inspiration online in the form of videos made by friends and creators.

Toca Life: Hospital doesn't have any goals or objectives. Instead, it's meant for imaginative free play. This means that it's as fun and educational as you'd like it to be. With a bit of inspiration from the videos mentioned above, short stories or TV programs about hospitals, and an imaginative child, it's an endless play experience that will absorb your kid for hours at a time. You can also use it as a way to supplement learning programs or as a way to teach your kids about medicine, hospitals, illness, mortality, and biology. Alternately, you can simply use it as a tool for imaginative free-play and let the lessons teach themselves.

The lack of goals means that Toca Life: Hospital might not be the best purchase if you're just going to give it to your child without any interaction or discussion. If your kid is talking about Toca Life because of friends and internet influencers, they'll be able to pick the game up and make lots of cool stories without any help. If they're new to the idea of a virtual sandbox, however, you'll probably need to play the game together for a while before it "clicks." As mentioned above, it's also a great tool for discussions about serious real-life topics and as a way to extend education from other avenues. Both of these uses will require time and effort from you in order to yield fruit.

Overall, Toca Life: Hospital is a fantastic virtual sandbox that's perfect for imaginative kids. Kids can make their own stories, record them, and relax in the detailed virtual hospital. It's not a game for everyone, however, and the lack of goals might make starting out hard for some children.

With no objectives other than fun, Toca Life: Hospital can be played any way you'd like. To get started, try just exploring the hospital and interacting with objects and characters. Add your favorite characters and try telling a basic story. Maybe one of your virtual friends got sick. How will the hospital help to make them better?

Toca Life: Hospital is an especially good sandbox for kids with parents in the medical industry, kids who want to be doctors when they grow up, kids who are exposed to medical dramas on TV (like Grey's Anatomy or House), and kids who spend lots of time in the hospital. This might involve sick relatives, kids who need medical attention, or other life circumstances. If your kids fit one of these categories, try using Toca Life: Hospital to talk to them about their knowledge of hospitals, what happens there, and what the people in hospitals are like. It's a great tool to explain what it means when Mommy or Daddy is "on-call" or what they do at work. It can also help explain what to expect when visiting grandparents in the hospital, demystify hospital visits for your children, or simply allow them to recreate the sort of stories they're exposed to in other media. Again, the best way to start this process is to play with your kids and have a discussion through the game.

There are a number of secrets hidden throughout Toca Life: Hospital. For starters, there are a handful of animals hidden behind grates and panels. A hamster lives In the gas tank of the ambulance, for example, while the vents on higher floors have lizards and diamonds hidden behind them. You might need to move background elements or characters in order to access these vents and other secrets. Be sure to poke around and check every corner and bit of the wall!

The bottom story has a big secret: there's a sewer and a secret lab tucked away behind a secret door to the right of the stage. To access this, you'll need to find several red buttons hidden throughout the level. Pressing these will illuminate red elements on the mechanical contraption at the far right. Once all of the lights are on, pull the lever to open the sewers and reveal a ferret-crocodile hybrid, a crazy laboratory, and a tiny scientist. The buttons are hidden behind elements on the stage: one immediately behind the ambulance (behind a trolley), one behind the glass panel with the office chair, one inside of a locker behind a shirt, one behind a wheeled shelf unit near the mechanical contraption with the lever, and one behind a plant on a shelf next to the door on the very far right.

Again, there's no real right or wrong way to play Toca Life: Hospital. The best way to approach the game is to pretend it's a virtual dollhouse and do the same sorts of activities with your child that you might do with a real dollhouse. If your kid gets bored with Toca Life: Hospital, consider introducing them to a few well-chosen creators, watching their movies, and challenging your children to make stories of their own.

Are you a Toca Life: Hospital expert? Did we miss any secrets? Who are your favorite creators of Toca Life movies? Let us know in the comments below!