* For reference, The Toca Kitchen 2 game Reviews websites are all approved, there are no viruses and malware.

* For reference, The Toca Kitchen 2 game purchase URL is the Amazon website, please feel safe to get it. 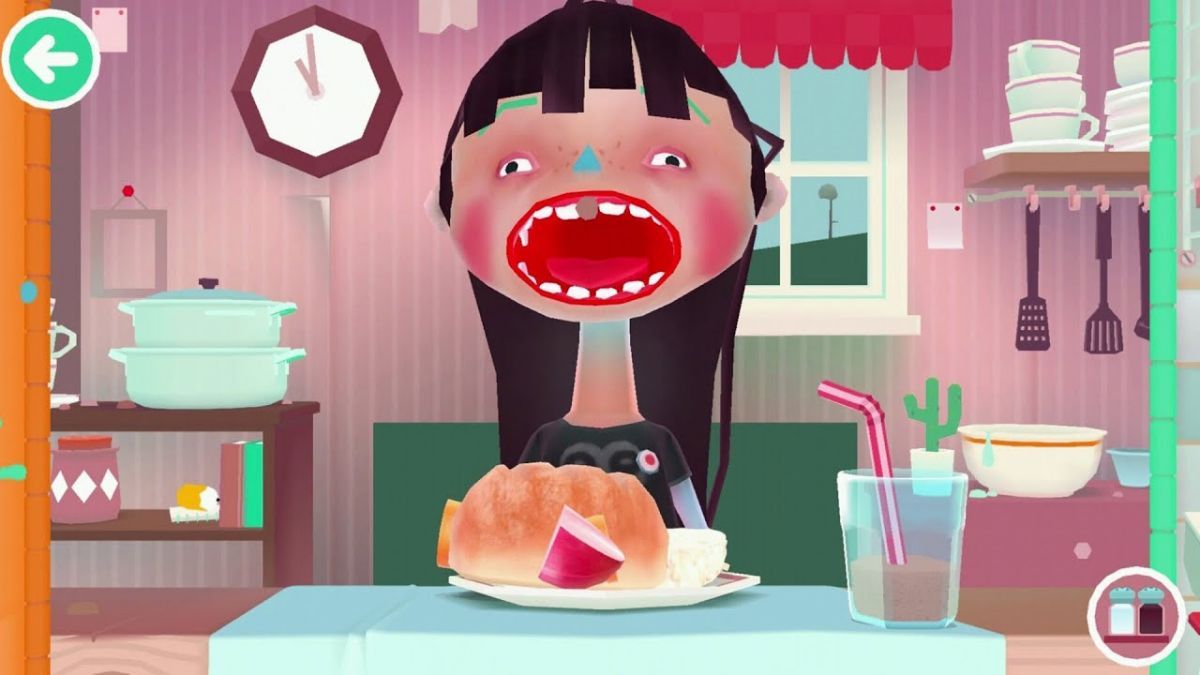 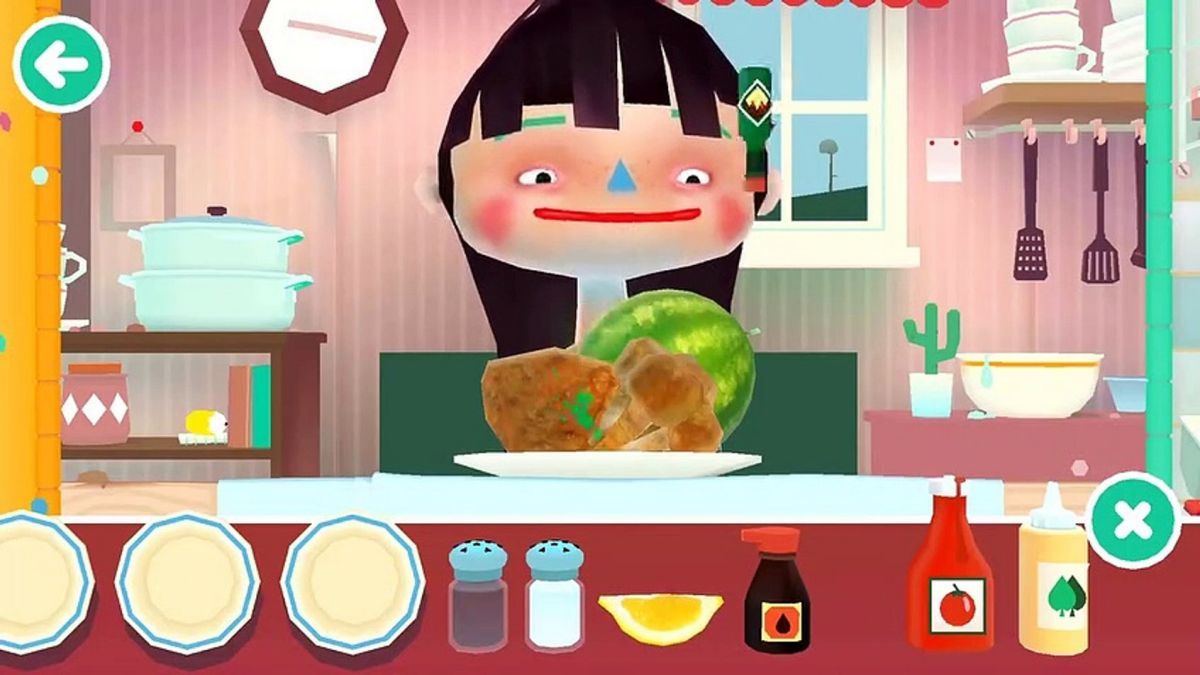 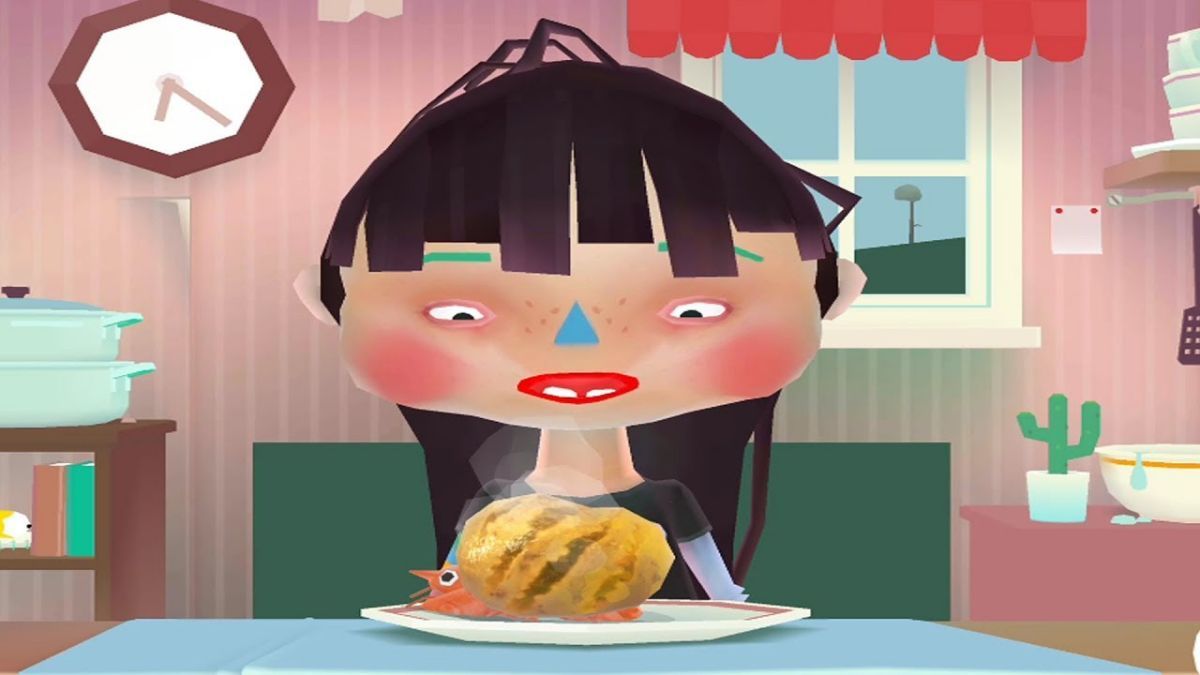 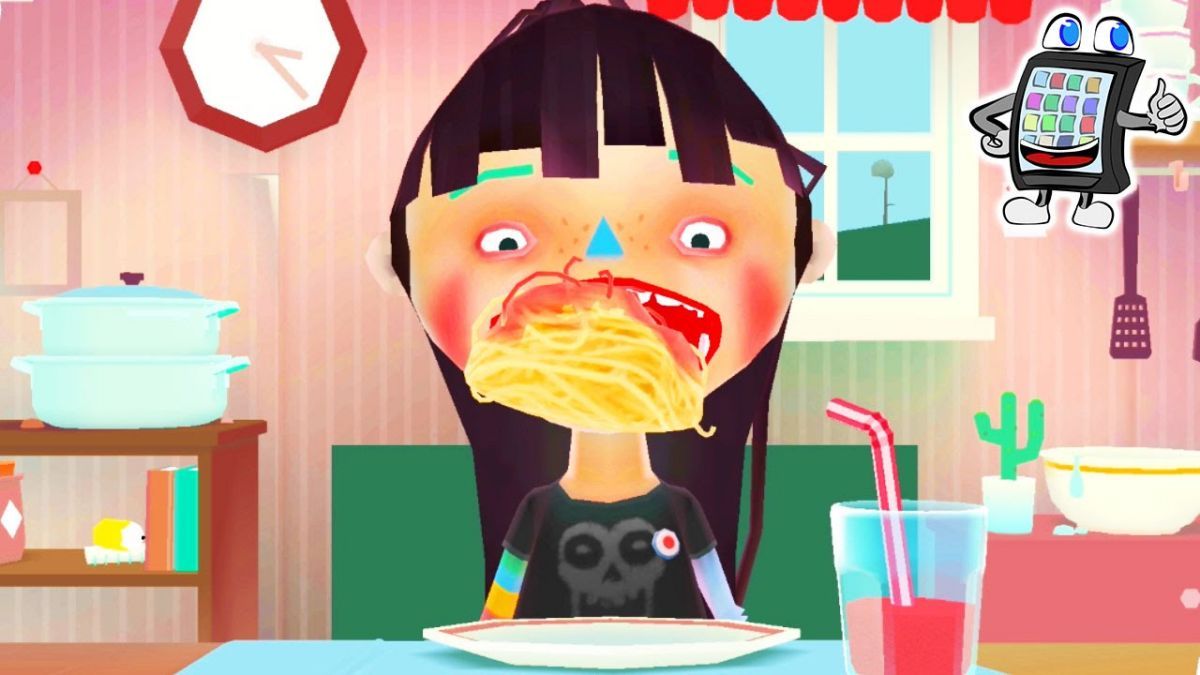 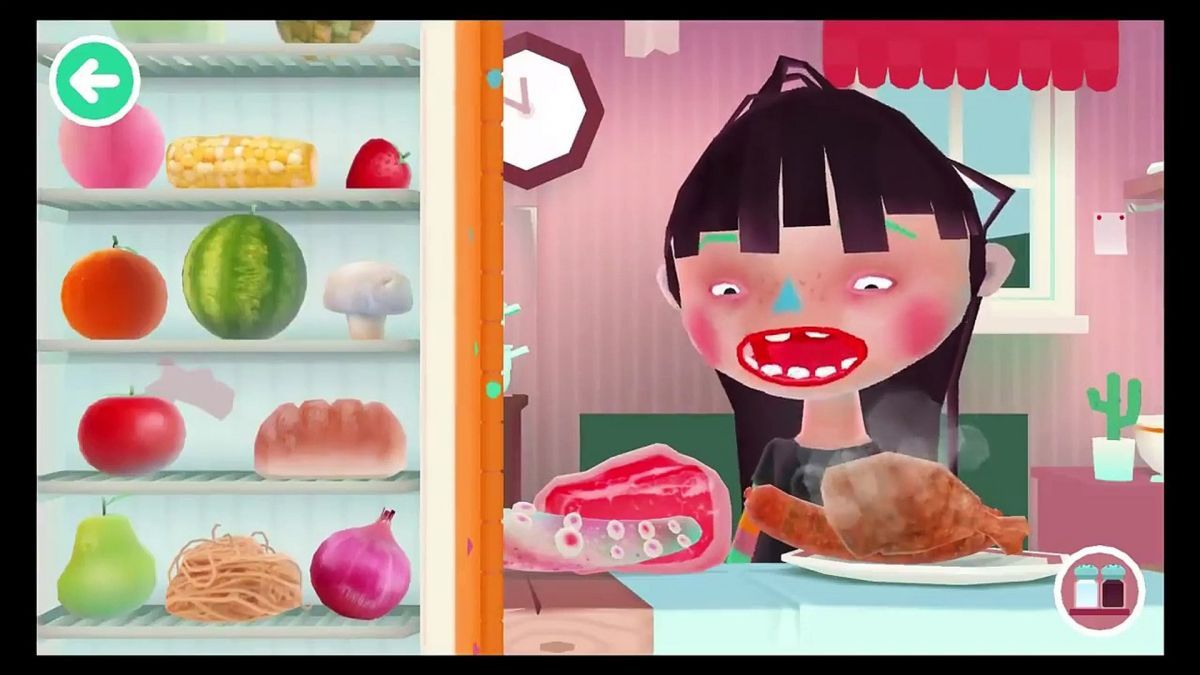 Toca Kitchen 2 is a kid-friendly simulator that lets you explore and experiment with a simple, robust kitchen. Prepare food however you'd like and feed it to a mouthy creature and see whether he likes it or not!

Toca Kitchen 2 is a game designed for children to explore various kitchen activities. Real-life knives, skillets, and ovens are dangerous for children to play with, while the results of their experimental cooking might not be safe to eat. In Toca Kitchen, virtual analogues of all of these elements are presented, enabling endless experimentation in a safe, controlled environment. It's a perfect tool that encourages creativity and learning that gives parents the tools they need to educate kids about food, cooking, and more.

There are a lot of upsides to Toca Kitchen 2, including its artstyle, structure, and programming. The biggest plus for most parents, however, is the lack of in-game monetization. Once you've bought Toca Kitchen 2, you own everything in the game forever. This means that you can trust kids to play unsupervised for minutes or hours without risking a burning hole in your wallet.

The lack of in-game goals, progression systems, and other mobile game tropes forces kids to focus on exploration and experimentation instead of performing a repetitive task for numerical rewards. In Toca Kitchen 2, you can do just about anything with the food and cooking utensils at your disposal. Want to feed the character a raw onion? You got it. Want to fry a watermelon? Done. While the reactions of the character will reinforce more "normal" styles of cooking more than unconventional ones, the game's biggest strength is how seamlessly it encourages children to try all sorts of crazy combinations and see what happens.

The big downside to Toca Kitchen 2 is that it's a bit too fully-featured. There are a lot of somewhat unexplained interactions that can be complex, especially to children. It's not immediately intuitive to cut food by swiping through it, for example, and that's one of the easier cooking stations to figure out. This means that you'll want to spend a few minutes experimenting with the game yourself before presenting it to a child. This will give you a head start on knowledge of how to play the game, enabling you to walk your child through a few basic tasks so they can figure out the rest on their own.

Toca Kitchen 2 isn't a traditional game. Instead of having clear objectives and difficult puzzles, it removes limits and provides opportunities for creativity. The animations, sound, design, and gameplay have all been carefully honed to create an experience that's perfect for kids of many ages and experience levels. Features like a "vegetarian mode" that removes meat from the fridge make it a great game for all families, while the character's overflowing personality helps serve as a foil to the endless exploration embarked on by your kids. Whether you'd like to let your kids "help" you cook safely, you'd like to keep them busy while you do chores, or you'd like a platform you can use to embark on cooperative learning, Toca Kitchen 2 is a great, safe game that will enrich their learning experiences.

Toca Kitchen 2 is safe for kids to experiment with. Left to their own devices, they'll probably come up with all sorts of crazy ideas, like fish smoothies and creative analogues for real-life dishes. The game's true potential is unleashed when you play the game with your kids, however, as you'll be able to guide their efforts and help them learn about food, preferences, and cooking.

First, talk about the different characters that you can feed with your kids. All three of the characters in the game have different preferences when it comes to condiments and ingredients. This means that you can feed a dish to the monster that the girl won't like, for example. Talk about how you can tell when someone likes or dislikes someone based on their facial expressions and guide your kids through the process of figuring out which food each character likes. This is a great time to talk about how everyone is different and it's okay to like or dislike things that your friends feel the opposite about, too.

A good next step is to talk about cooking basics. Teach your kids what frying, sauteeing, chopping, blending, and seasoning really do. You don't need to go crazy and talk about the Maillard reaction or delve into the physics behind heat distribution, but this is a good (and safe) opportunity to reinforce basic ideas like "stove hot" and "meat and fish should be cooked." This stage will help serve as a foundation for real-life team cooking efforts in the future.

Once you've talked about the basics and let your kids explore, a third step might be guiding them through something approaching a real-life recipe in-game. Try to mess with the game ahead of time and write out a recipe with multiple ingredients and more than one step. You might some meat, cook it, then save it on a plate for later, then cut an onion and a tomato, saute them with the meat, add some salt, and then serve the dish on some cooked pasta. You can be as creative as you like. Your goals with this stage might include teaching your kids how to follow recipes, teaching your kids a basic pattern for cooking many dishes, or teaching your kids about which ingredients should be added when. You don't need to do all of this with one recipe. Instead, take your time and make more than one dish together with your kids to get the most out of this stage.

Whenever you're doing something with your kids, it's a good idea to let them lead from time to time to see how they're doing. Toca Kitchen 2 is no exception. Every so often, ask them to show you a cool trick or to show off their favorite dish. Your goal here isn't to quiz them like a strict math teacher, but rather th figure out how they're spending time with the game and what they're interests are. If they're just trying to get the characters to pass out from eating gross food, that'll tell you something totally different than if they're trying to replicate an authentic dish that they've seen you make in real life. Based on the results of this conversation, you can steer your efforts with the game towards an avenue that both you and your child are interested in exploring.

Have you played Toca Kitchen 2? What were your favorite foods to make? Did we miss any in-game secrets? Do you have advice about how to play the game with kids? Let us know in the comments below!