* For reference, The Toca Pet Doctor game Reviews websites are all approved, there are no viruses and malware.

* For reference, The Toca Pet Doctor game purchase URL is the Amazon website, please feel safe to get it. 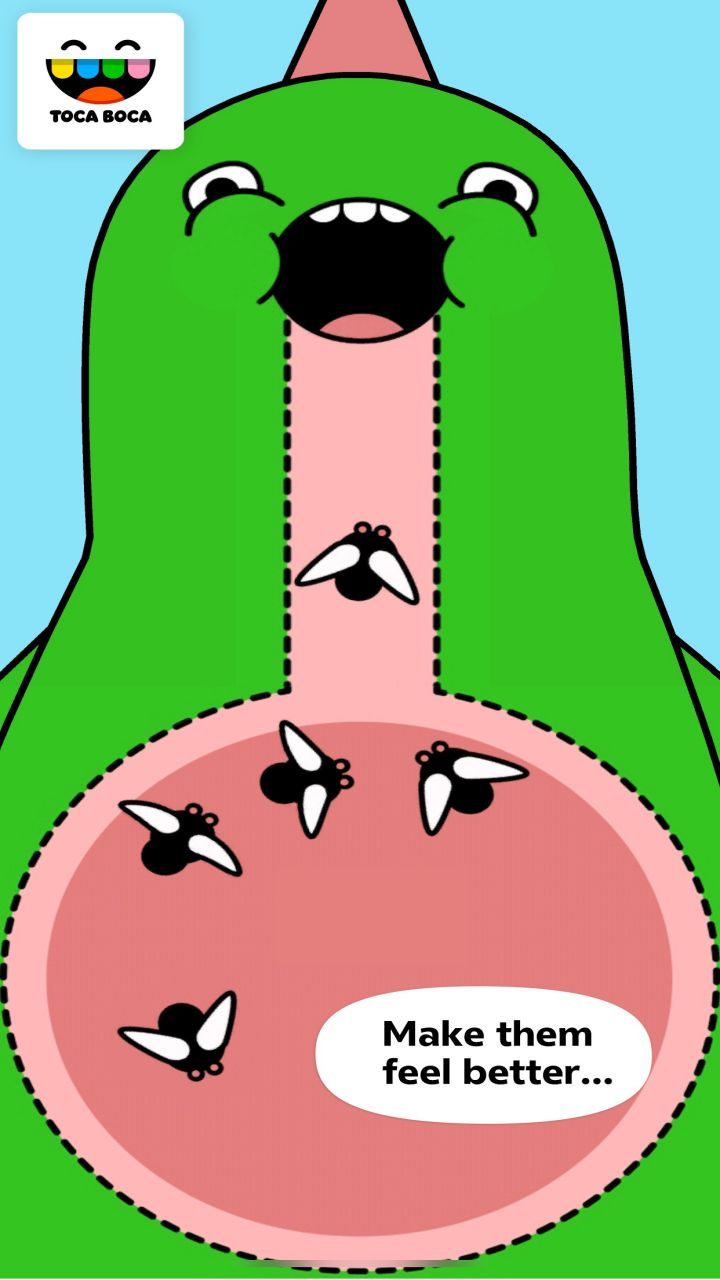 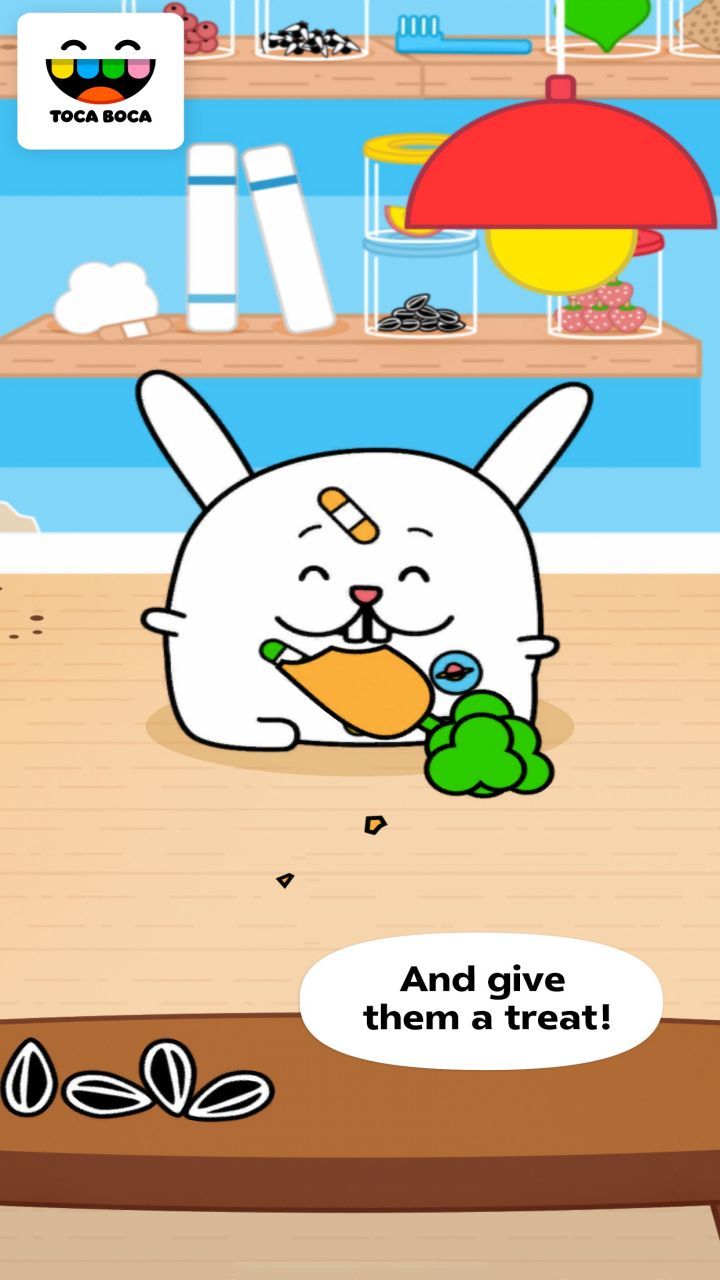 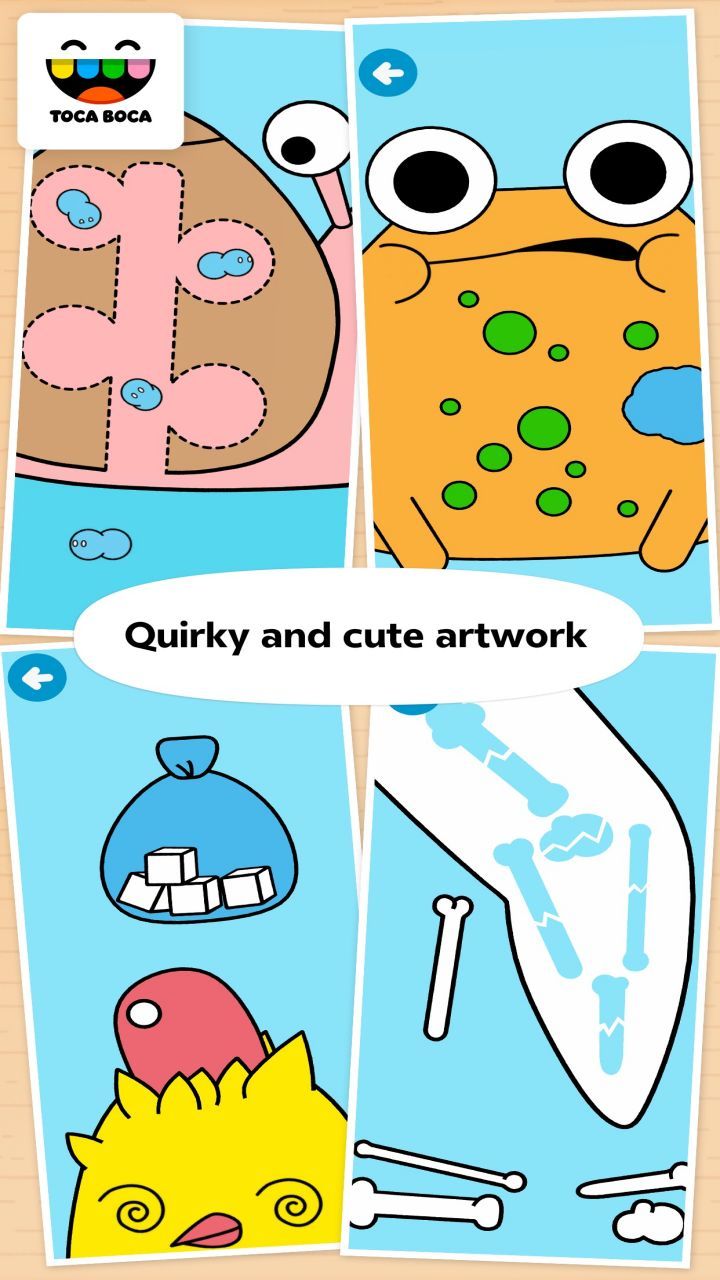 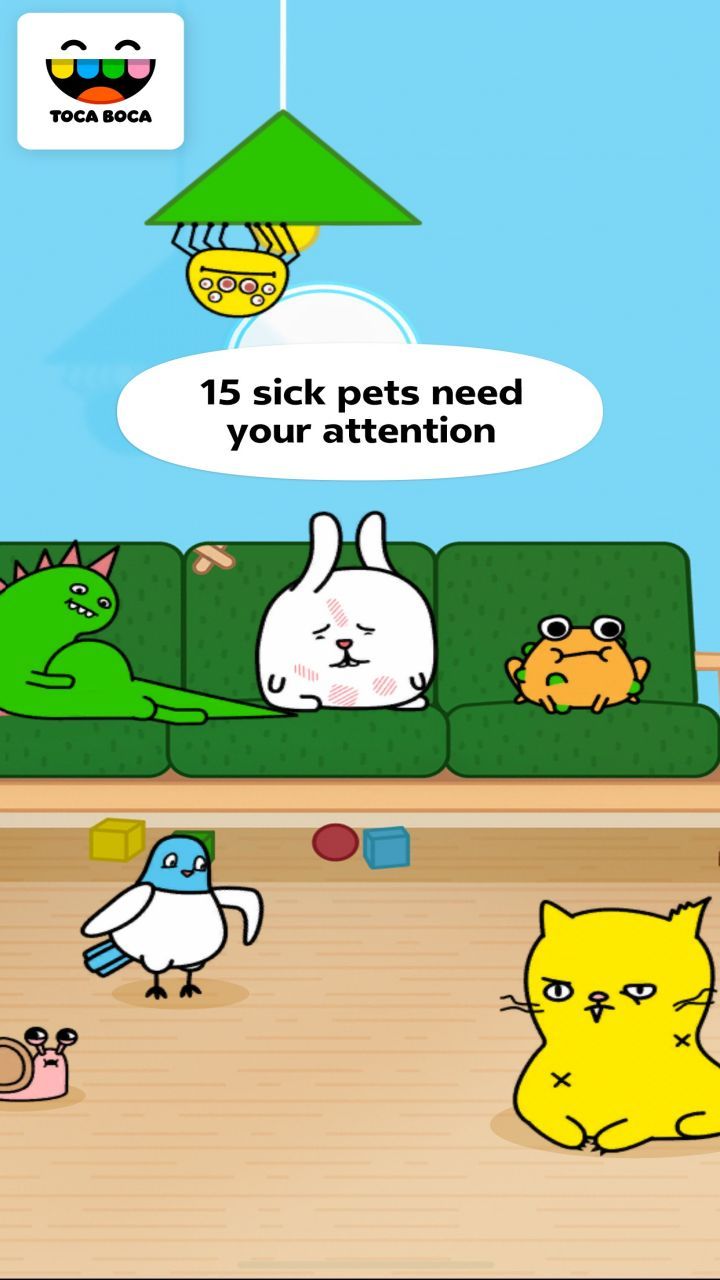 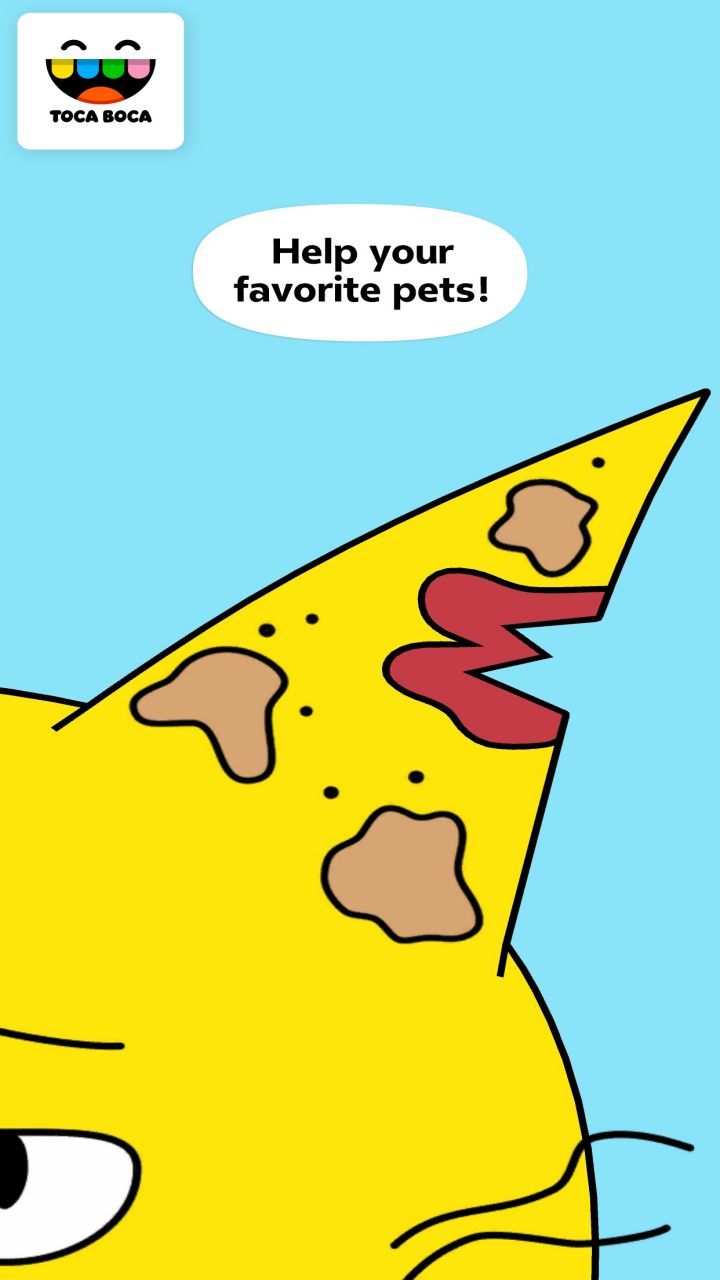 Toca Pet Doctor is a charming animated game aimed at children between 2 and 6. In the game, you care for 15 animals with a variety of medical conditions. Bandage their wounds, set their broken bones, and help feed them so they can rest and get healthy!

Toca Pet Doctor is a game for young children. The game is animated in a 2d cartoon style. The main screen consists of a sort of waiting room with 15 different animals, all with various illnesses and injuries. By tapping an animal, you're brought to a screen where you can manipulate objects and cure the animal's ailments. After fixing whatever's wrong with the pet, you can feed them by dragging food towards their mouth and then watch them return to the waiting room and nap.

In many ways, Toca Pet Doctor resembles an animated children's book. It's easy to imagine a picture book about a vet that helps a cat with its injured ears, a bird with its broken wing, a worm that's been tied into a knot, and so on. Just like this picture book, Toca Pet Doctor is probably best explored with both you and your child at first. Once you've gone through all of the scenarios and talked about what's going on, however, your child can return to the game on their own and interact with the animals at their leisure. Encourage them to create their own stories about how the animals became injured!

Toca Pet Doctor is a very short game. As an adult, you can expect to play through each of the fifteen scenarios in a total of under 11 minutes. The app is designed for kids in the 2-6 age range, so it's not completely fair to say that there's a total of 10 minutes of gameplay, but this isn't a game that will occupy a small child forever. Instead, just like a picture book, it's a tool that you can add to your arsenal of child entertainment. Expect to spend up to a half hour on your first journey through Toca Pet Doctor with your kid. Afterward, it's probably best used as part of a routine or as a 5-15 minute activity in a longer play session. You might break out Toca Pet Doctor after reading or watching a story about animals, for example, or you might encourage your kid who wants to be a veterinarian to "practice" on the game for a few minutes while you cook. Older children might enjoy playing the game once or twice, but the lack of variety or options will likely cause the game to quickly lose its appeal.

While Toca Pet Doctor is short, it's well made. The game is fantastically animated and has intuitive, responsive controls. The sound adds to the experience, while the game's scenarios are all totally kid-appropriate for all ages and households. Some of the animals have slightly "gross" conditions, like a lizard whose stomach is full of bugs, but these yucky illnesses will help teach kids that being sick isn't always a fun, clean, or pleasant experience. Real doctors and veterinarians have to deal with things that are much grosser than a belly full of bugs on a daily basis.

Toca Pet Doctor is a game designed for small children. Once you select each animal in the waiting room, you'll have the chance to examine them and address their illnesses and injuries. In most cases, the solution to the pet's problems involves tapping on the malady or using a nearby tool to fix the issue.

The egg in the waiting room contains a green snake. To help them emerge from their egg, select the egg and tap until the shell breaks. Once it's out of its shell, feed it flies by dragging them toward its mouth.

The pink worm in the waiting room is tangled in a knot. To untangle him, grab his midsection above the knot and pull upward. Once it's all straightened out, feed it a leaf by dragging it toward its mouth.

The mouse in the waiting room has indigestion. To cure his stomach troubles, tap to pop the bubbles in his tummy until the cookie can fall down where it belongs. Just like the other animals, drag food to the mouse's mouth to feed him so he can go to sleep.

The duck has a head injury that has swollen into a large lump. Ice the injury with the nearby icepack, then help the duck bandage their head to fix the issue. Feed the duck lots of seeds so they can go to sleep in the waiting room.

The dog has ticks, fleas, or some sort of other cartoonish parasite hiding on its fur. Drag these critters off into the collection jar as they appear, then feed the dog doggy treats until it takes a nap.

The blue bird is stuck on a piece of gum. To fix this, drag downwards on the gum until the pile has dissipated, then feed the bird apple slices so it can slumber.

The beaver has debris stuck in its mouth, including a twig. Put toothpaste on the toothbrush and swirl it around to clean the beaver's teeth. Afterward, feed the beaver to make it happy and let it nap in the waiting room.

The turtle is upside down. Drag it around to flip it right side up and then feed it flowers and send it on its way.

The yellow cat's ear has been lacerated by some unknown object. First, clean the cat's ear, then apply ointment to the wound, then bandage the ear. After that's done, you'll want to feed the cat so it can cat nap.

The frog has a number of colorful warts on its belly. Use tools and soap to clean these off, then feed it.

The white rabbit has several scrapes. To heal it, match bandages to scrapes of the correct shape, then feed the rabbit.

The spider has red, bloodshot eyes. Hold the eye dropper above each eye in sequence in order to help it see clearly again, then feed the spider so it can nap.

The lizard's stomach is full of bugs. Help them escape by dragging them out, then feed the lizard.

The white bird has a broken wing. Drag the bones to the matching outlines, then wrap the wing in the provided bandage before feeding the bird.

The snail has some sort of creature living in chambers within the snail. Drag these critters so that they can fall down the vertical tube, then feed the snail. You're all done!