* For reference, The Cyberpunk 2077 game Reviews websites are all approved, there are no viruses and malware.

* For reference, The Cyberpunk 2077 game purchase URL is the Amazon website, please feel safe to get it. 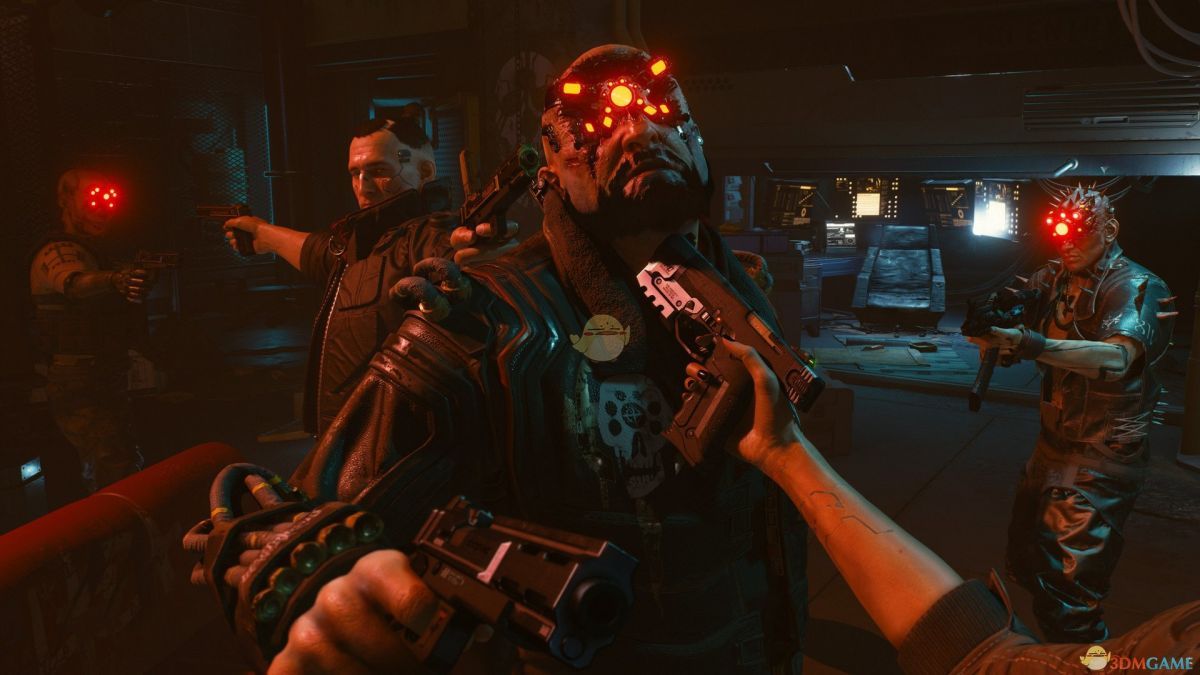 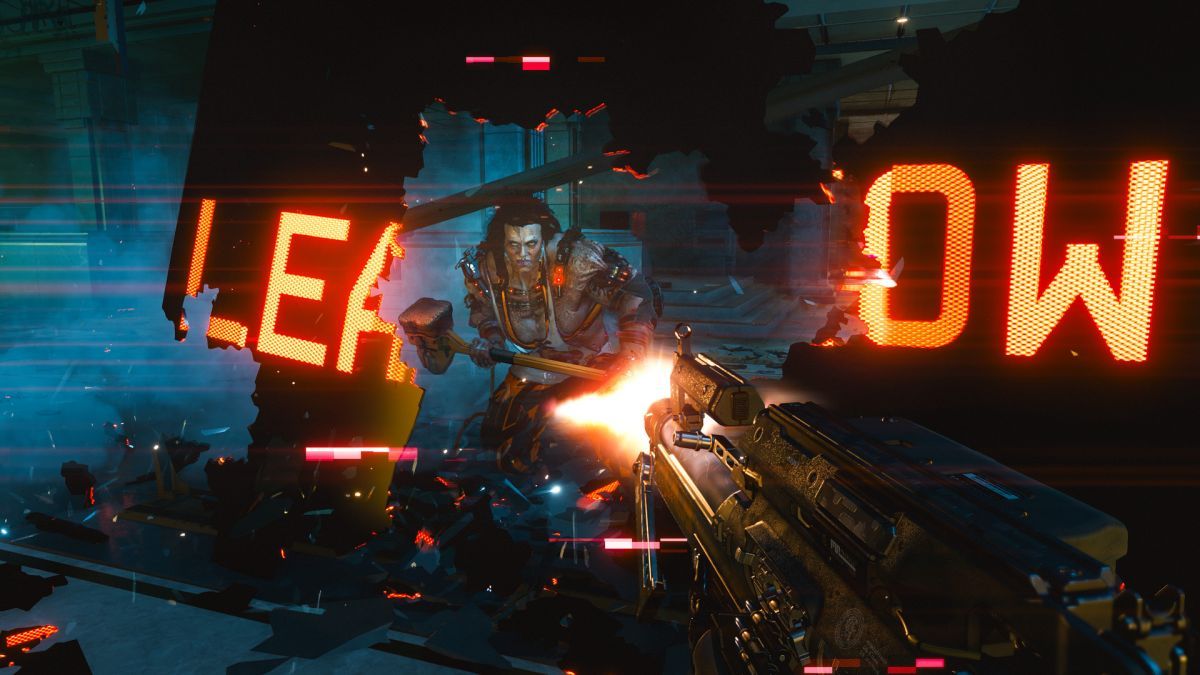 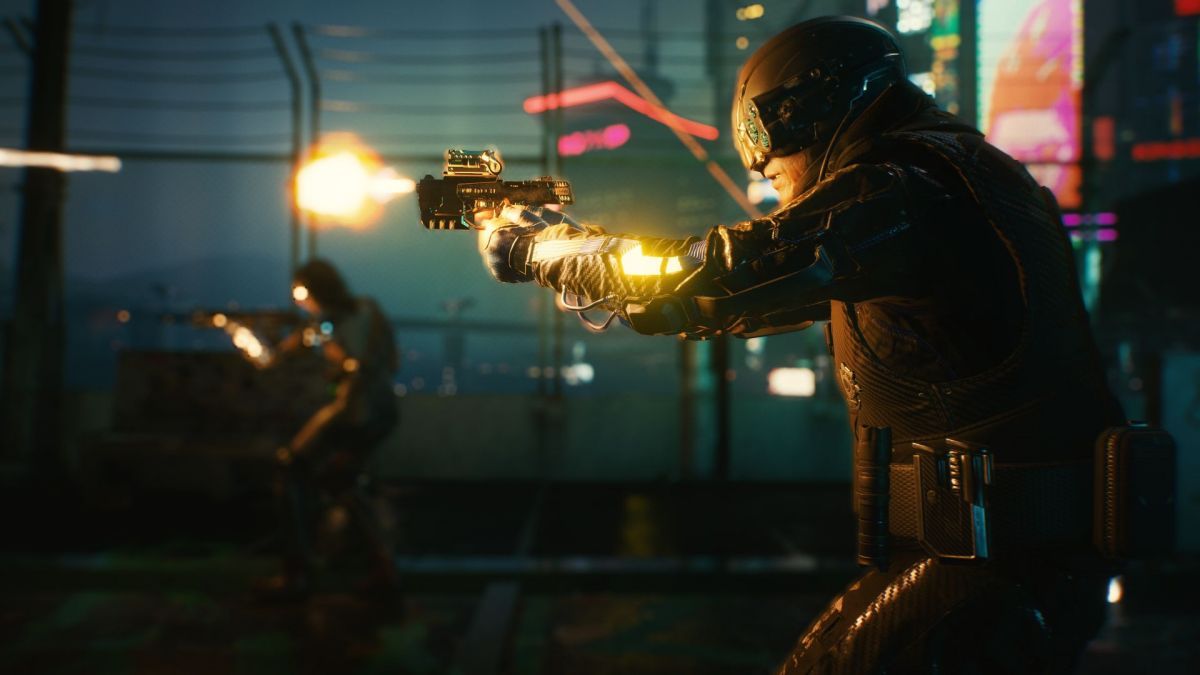 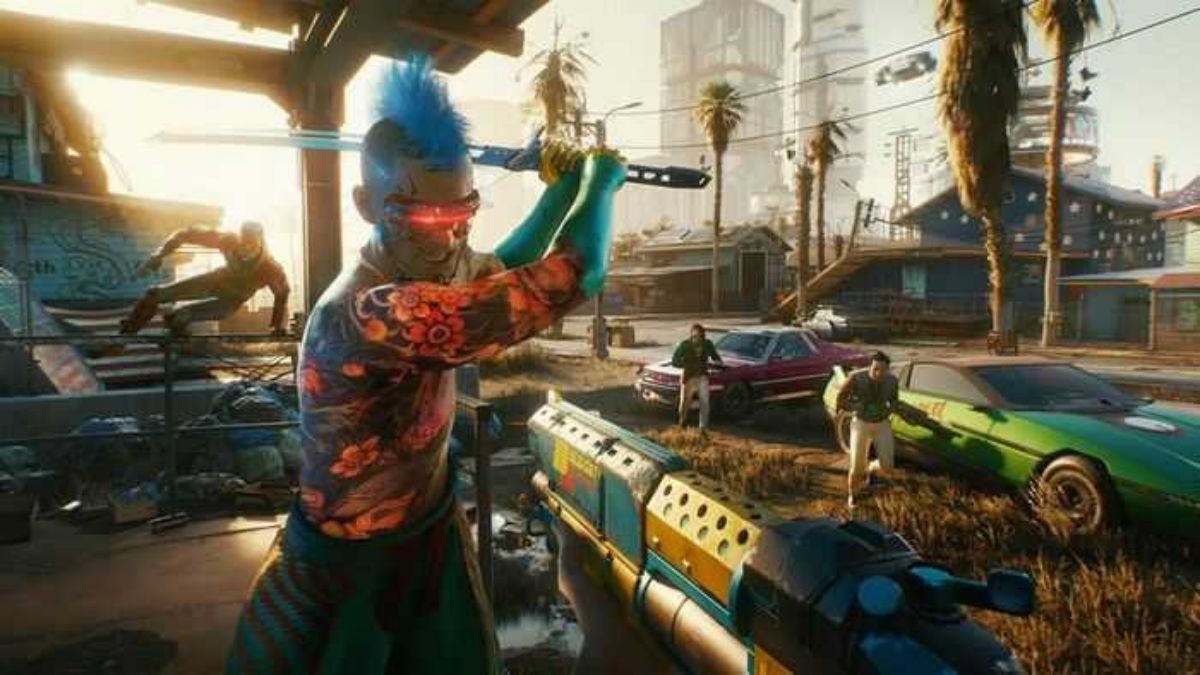 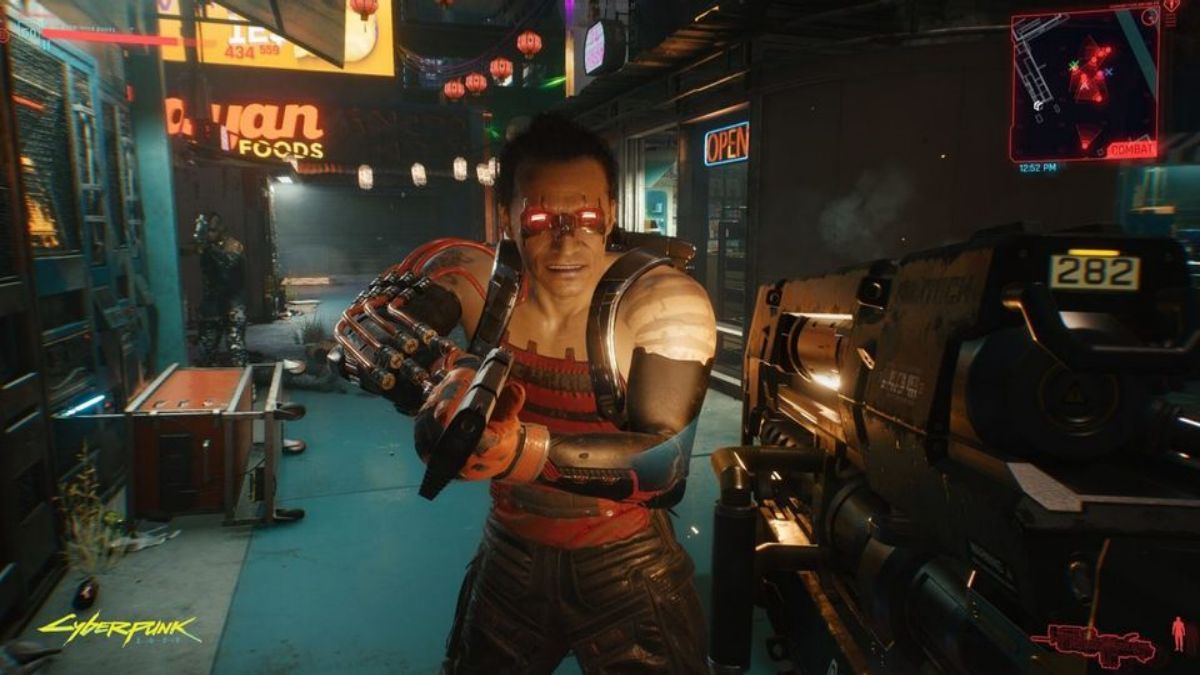 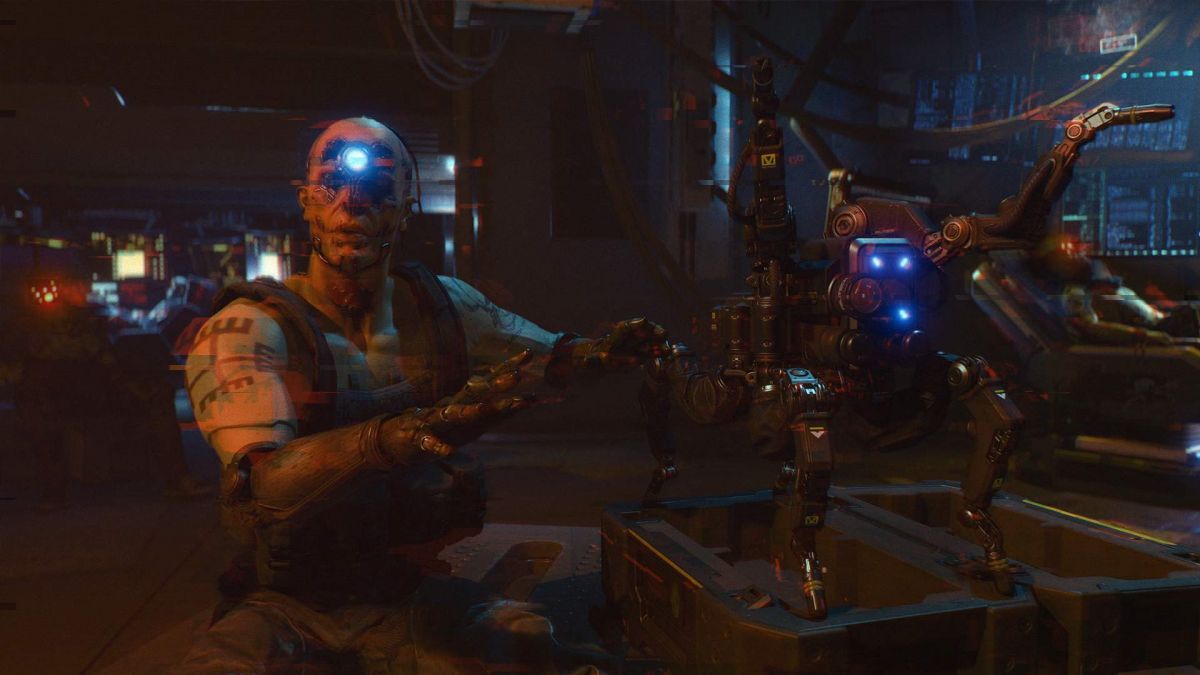 Welcome to the (dystopian) future! Embark on an urban adventure in crime-filled Night City.

Well, here we go! It's time to review Cyberpunk 2077 (jokingly called "Cyberbug 2077" by some). Fear not, as I will try not to be as poignant as all those negative reviews that float around the web.

Cyberpunk was, hands down, the most anticipated game of 2020. It's a no-brainer, as it was made by the same dudes that concocted the piece of art that was The Witcher 3. But people often forget that The Witcher 3 was far from perfect at launch. To this day, that game is packed with funny glitchy moments, such as Roach (the horse) rearing its ugly head during dialogues, or the game announcing your "death" as Gerald lands on his feet.

Regardless, Witcher 3's success was owed partially to CD Projekt Red being an underdog developer at the time, yet able to craft a game of such scope. This also came out at a time when mainstream game developers were being universally frowned upon due to their ridiculous marketing ploys and monetization tactics.

With Cyberpunk 2077, the hype was real, and I couldn't shake an ominous feeling witnessing it. From the moment I saw Keanu Reeves on the stage presenting the game and being featured on the cover, I was preparing for things to get ugly, and I was largely accurate in my prognostication. The game came out essentially unfinished and unpolished. I did not experience all the meme-generating bugs that were prominently shown in those viral YouTube videos, but I did come across a fair share of ugly pop-ins and the deplorable AI (especially the police AI).

It's a shame since this game's world still managed to look gorgeous, close to what was shown in the trailers. It was all just a facade, though. The game world felt desolate and empty. It was as if I was touring a big movie studio.

It was not until patch 1.5 came out this year that we would start to see a game that was closer to what the developers promised. But, still, many of the improvements came with some trade-offs.

For example, police chases were finally introduced, and it was a thrill to see those patrol cars passing by and causing havoc while hunting down some random thug. However, upon closer inspection, these chases seemed to end in the same exact spot every time. I guess it would take yet another patch to sort the scripting out.

The story was the only saving grace this game had at the time and, still, it was not enough to lift this game up. There were golden moments throughout the story, and many of the side quests had that trademark Witcher-style progression, but I still struggled to feel connected to V (the playable character) the way I felt with Geralt in The Witcher.

While Gerald was, to an extent, a predetermined character that offered only a handful of moral choices, the monster slayer at least appeared to have vast knowledge about his dwelling, whereas V is seemingly detached from his/her own surroundings, being fed with data constantly by his/her peers. These are small details that can make a big difference in how you experience the story.

Cyberpunk 2077 is a role-playing action-adventure game that's played mostly from a first-person perspective, with a third-person camera available during driving.

The game is set in a futuristic setting with a slight dystopian vibe, in a city called Night City, consisting of six regions: Its City Centre, Watson, Westbrook, Heywood, Pacific, and Santo Domingo. You can also travel across the Badlands, the zone that comprises the city's outskirts. You may navigate through these areas by foot or in different vehicles.

You play as V, a character that you can customize in various ways. The game would allow you to choose the difficulty level, V's Lifepath (background), gender, physical appearance, and attributes. The physical appearance choices are some of the wildest I've seen in any video game, and a good chunk of them are not very family-friendly (it's CD Projekt, after all!)

The attributes will basically establish your play style. If you favor melee damage and stamina, you can allocate points to Body, while Cool enhances your stealth capabilities and resistances. Some attributes are admittedly some influential than others. For example, apart from some specific missions in which stealth is encouraged, you'll mostly be blazing guns (and there are tons of those, by the way!). Despite this, the game offers some needed versatility in this regard, which I appreciate!

The Lifepath you choose - Nomad, Streetkid, or Corpo - will determine your starting quest and some dialogue options.

If you choose Nomad, you'll start off in the Badlands, in a garage located in the town of Yucca. The starting quest has you agreeing to carry a package across the border with a guy named Jackie Welles. At the border, you'll be intercepted by guards, whom you bribe in order not to inquire too much about the package. After crossing the border, you would get in trouble with the Arasaka (the world's biggest megacorporation) security guards, who will promptly start persecuting you.

The Corpo's starting mission is "The Corpo-Rat", which places you in Arasaka's headquarters. As you explore the office buildings, a series of cutscenes and conversations are triggered. You are tasked by your boss (Arthur Jenkins) to take out his superior after some strife they had over some last-minute decisions. The entire mission ends with you getting fired, losing all your corporate privileges, and having your cyberware disabled (which would affect your body's connection to your central nervous system), leaving you ultimately staggered.

Streetkid's starting quest sets you in Heywood, in a bar called El Coyote Cojo. After Pepe, the bartender, explains a debt situation he has with a loan shark called Kirk, you agree to speak to the latter. Kirk refuses to forgive the debt but he proposes a deal instead, consisting of stealing a luxury car owned by a corporate from Arasaka, in exchange for debt remittance and some extra payment for you.

Apart from the starting missions and some scattered dialogue options, however, things hardly change. The Lifepath you choose will barely affect how other characters treat you throughout the game and the unique dialogue options don't carry any meaningful impact on the narrative.

After the initial mission, you are shown a montage portraying how your friendship with Jackie evolves. After the montage concludes, you end up being practically the same V in every instance, with virtually the same arc, regardless of the Lifepath you chose. Many people criticized this move, claiming that it effectively relinquished our ability to shape our character in the way initially advertised.

At the end of the day, Cyberpunk 2077 is not a bad game. If CD Projekt were not involved in its making, I would forgive its many shortcomings. Notwithstanding, CD Projekt is not a small indie studio anymore, and they should have known. The hype really did a lot to hurt this game, and it will be remembered for generations as one of the biggest disappointments in gaming history. With that said, after all the heat has dissipated, and seeing how patch 1.5 apparently fixed some of the most annoying bugs, I believe this is the best time to try this game out for yourself.

You are welcome to share your thoughts about this game or this review in the comments section!