* For reference, The Canabalt HD game Reviews websites are all approved, there are no viruses and malware.

* For reference, The Canabalt HD game purchase URL is the Amazon website, please feel safe to get it. 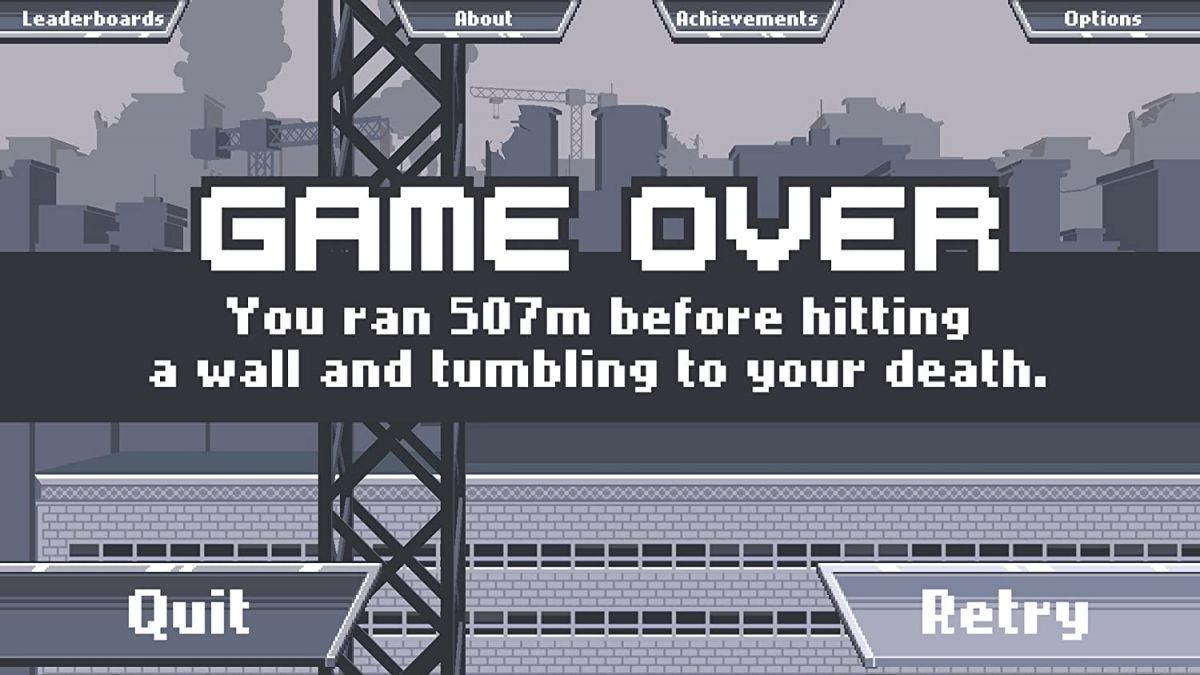 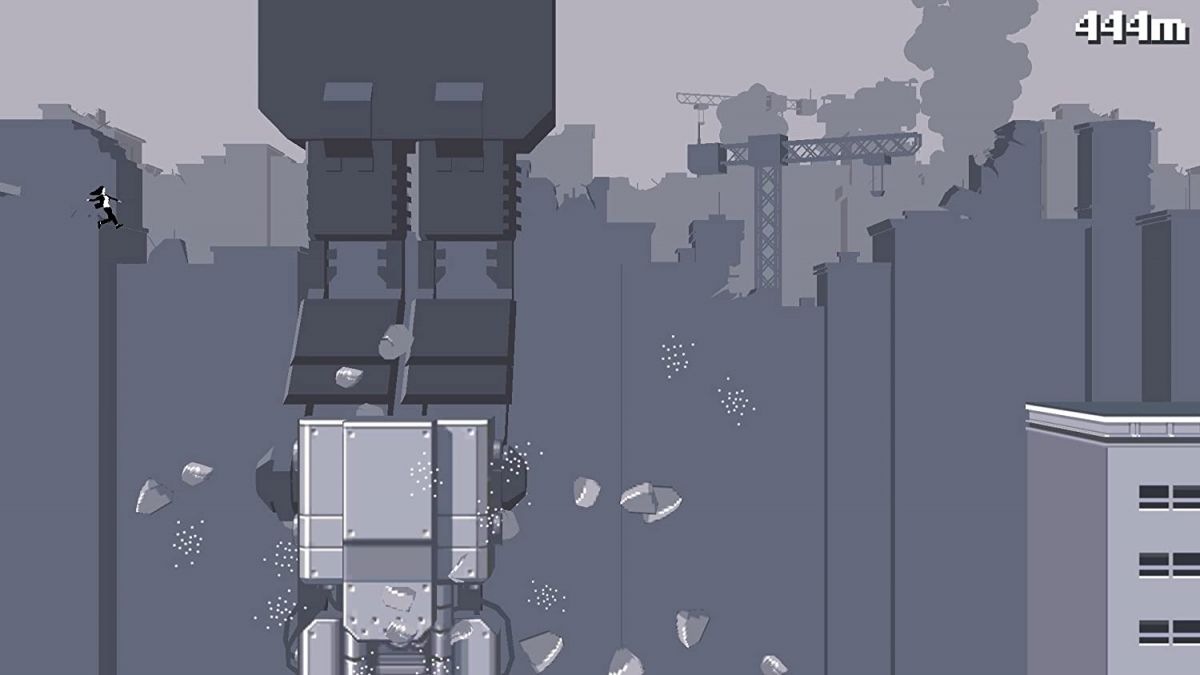 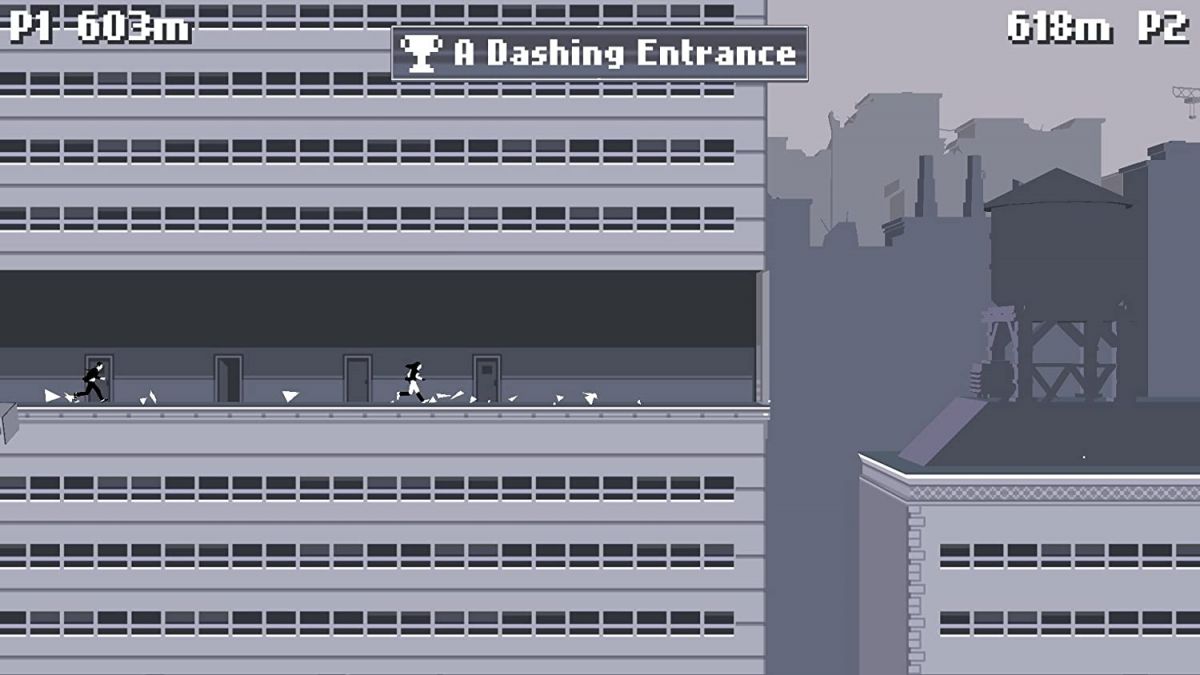 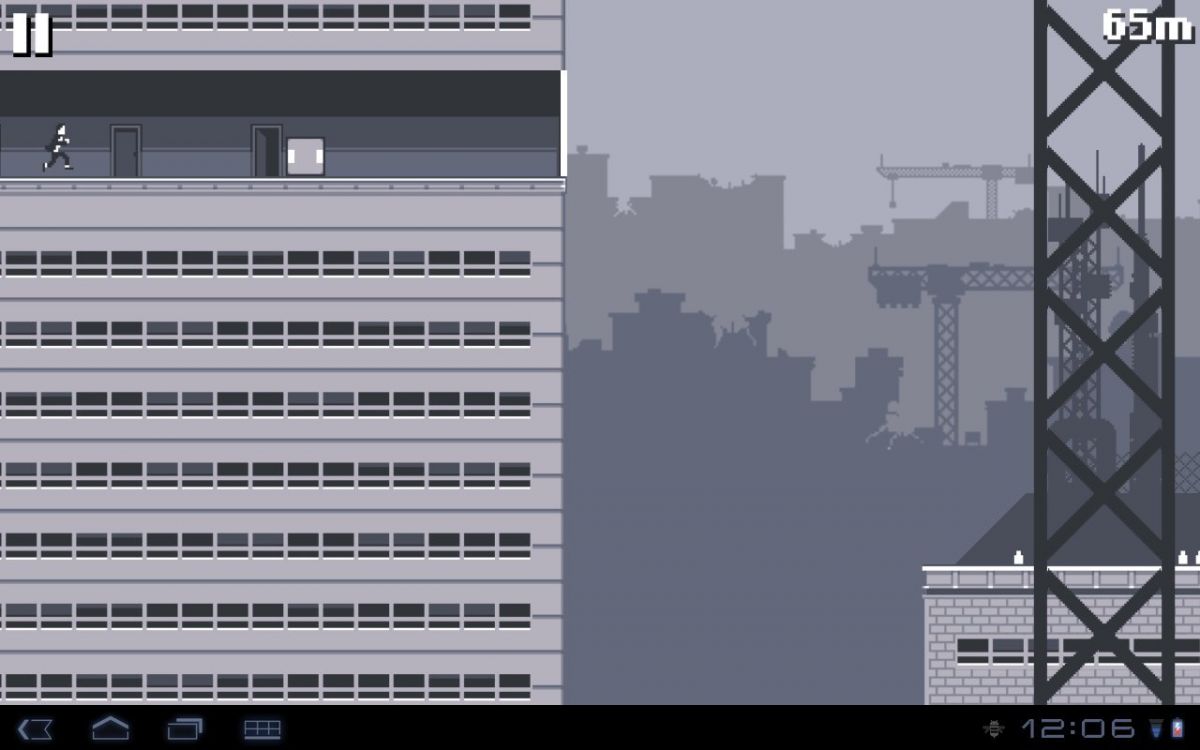 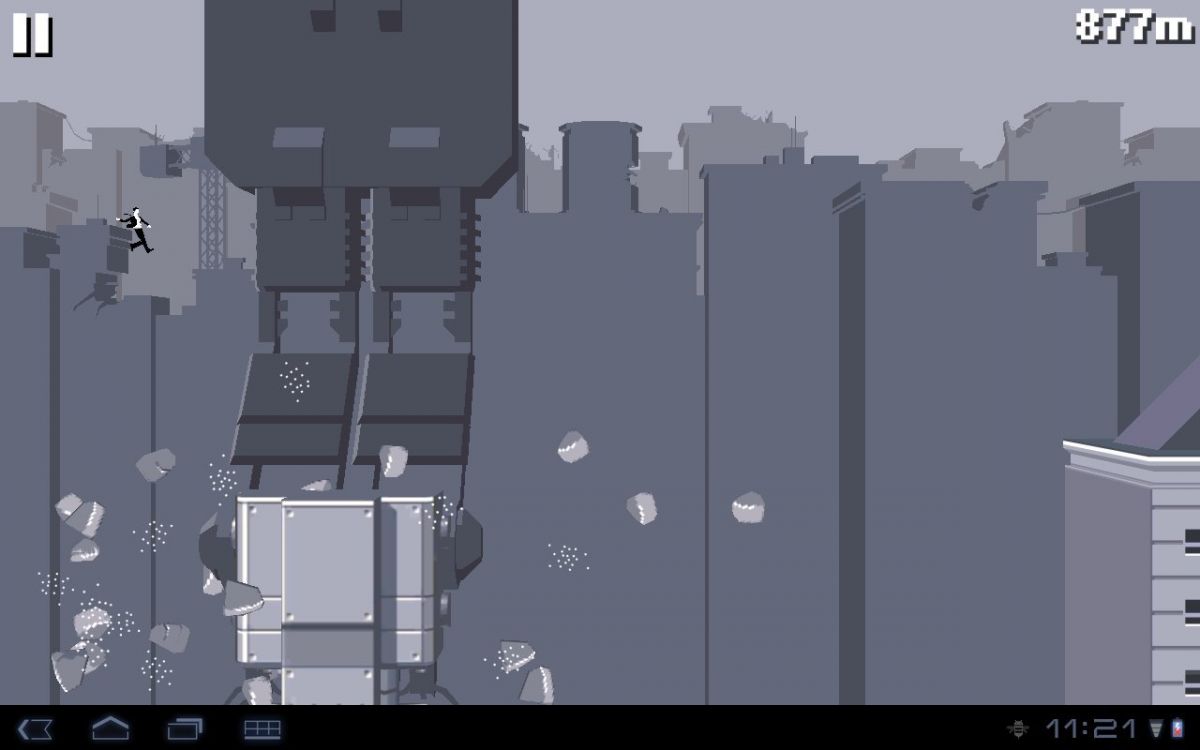 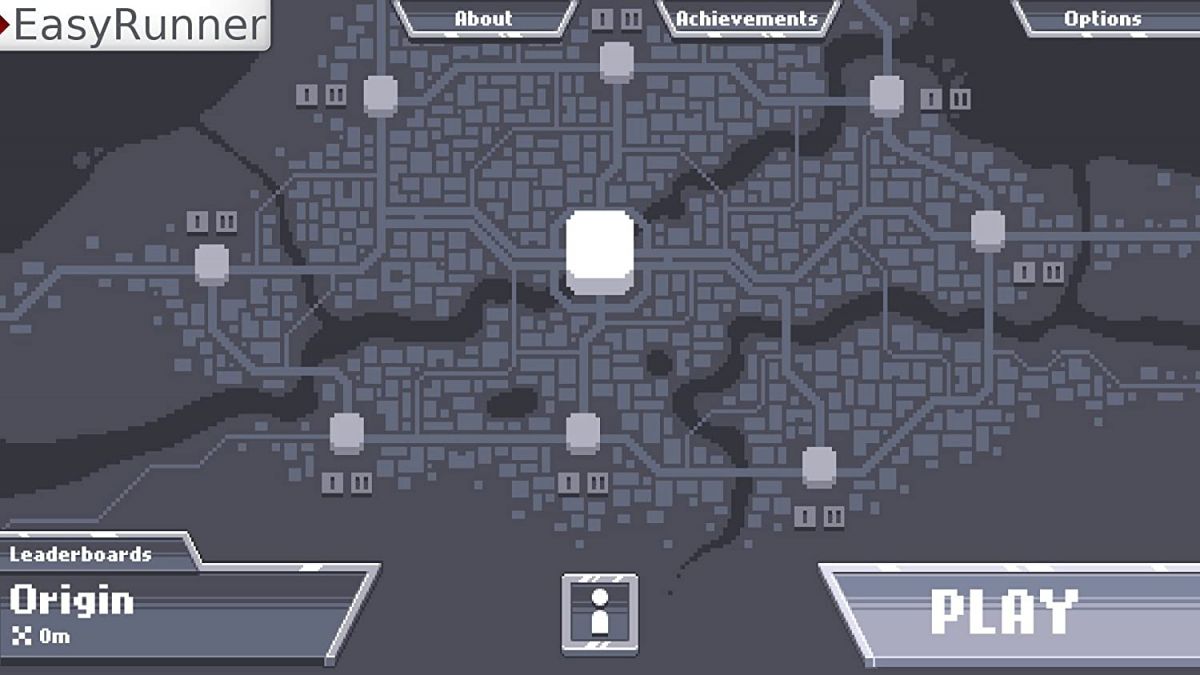 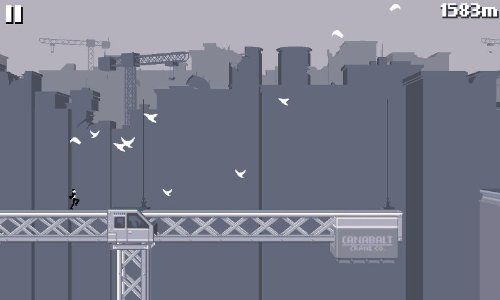 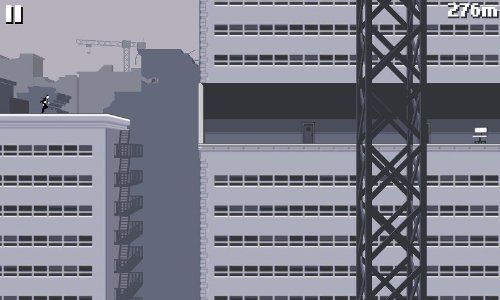 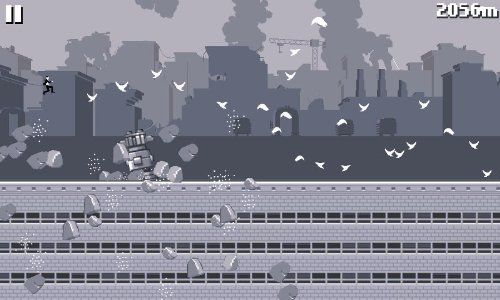 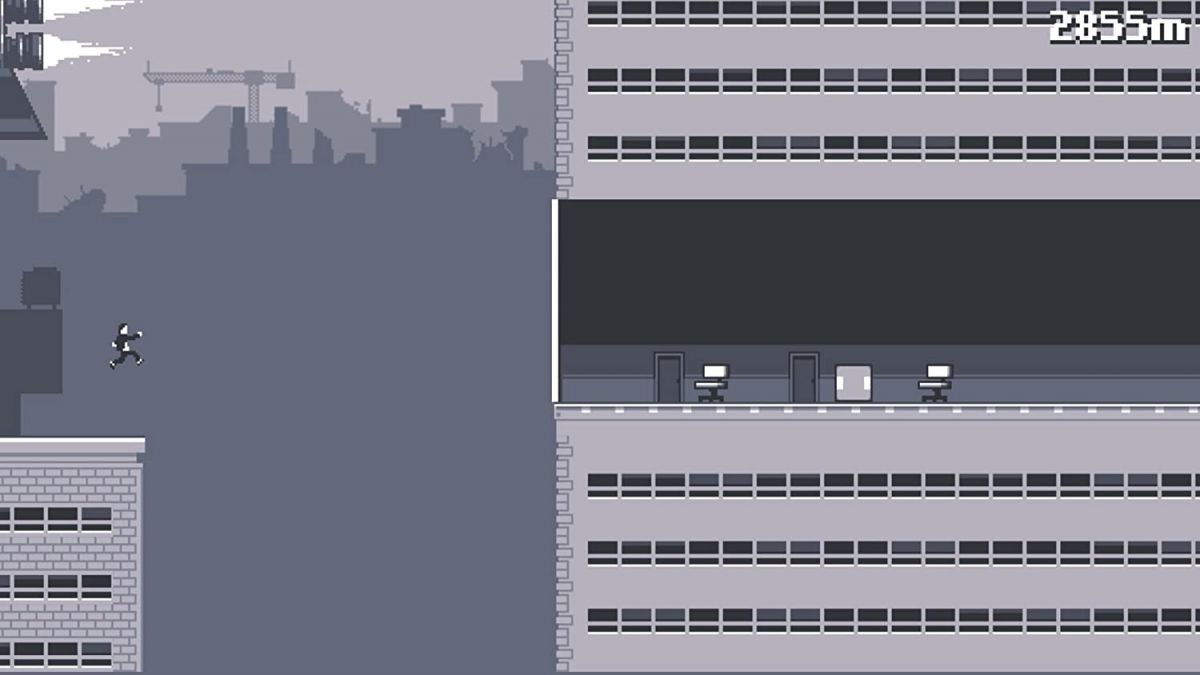 First rCanabalt HD is a classic endless runner that helped to launch the modern trend. Tap to jump in this stylish 2D platformer while cities crumble, aliens invade, and birds fly all around you.

eleased in 2012, Canabalt HD's influence on the modern endless runner cannot be overstated. In the game, you play as a sharply dressed man who runs over rooftops in a stylish, greyscale 2D environment. By tapping on the screen, you can make the man jump, enabling him to clear obstacles and run great distances to achieve a high score.

Part of what makes Canabalt great is the simplicity of the controls. Tap to jump. That's it. There's no swiping, no extra buttons, and nothing complex to manage. That doesn't mean that the game is simple. Unlike some games, there's a bit of nuance to jumping in Canabalt. The longer you hold down your finger, the longer and higher you jump. This means that it's intuitive and easy to control your movement precisely, enabling you to clear big gaps or land exactly where you want without a bunch of extra buttons.

Canabalt is a very smooth and stylish game. The backgrounds are full of rich detail, with lots of action from all sorts of different critters, objects, and vehicles. The action will often extend to the buildings in the foreground, causing debris and dynamic movement that you'll need to respond to with appropriately timed jumps. This makes the game a lot more exciting and fun to play than many other endless runners, since you're constantly looking at cool stuff.

The game's graphics have aged incredibly well. The simple 2D artwork and incredibly basic color scheme work together to exude a cohesive artstyle that fits the game perfectly. It's not going to win any awards for photorealism, but it's also going to run brilliantly on older devices while still looking incredible. If we're being perfectly honest, it looks better than Temple Run.

One of the things that helped set Canabalt apart was its cavalier approach to difficulty. There's no ornate “game over” screen or respawn offer to make you feel bad. Instead, tapping the screen starts a new run. That's it. This means that it's a lot less soul-crushing to lose a run than it is to lose a run in Temple Run or similar games. While there is a leaderboard, it's not pushed particularly hard on you, enabling you to progress through the game at your own pace.

Perhaps best of all, Canabalt HD is from a bygone age with no freemium mechanics. This means that you pay for the game, once, and then it's yours forever. No cheap cash grabs, no ads, no daily quests or premium currency. The game isn't free, but it's more than worth the incredibly small asking price.

Canabalt HD is a small, simple, and inexpensive game that's practically overflowing with quality. If you've got an interest in endless runner games at all or you're keen on exploring a big piece of mobile gaming history, you should absolutely pick it up. It's a great way to spend a few minutes that you'll find yourself returning to every once in a while, even as the years go by and you upgrade your phone

Canabalt HD utilizes an incredibly simple control scheme. The only thing you can do is jump – you run automatically – and the only way to do it is to tap. Anywhere. It's very simple.

Unfortunately, Canabalt's controls aren't perfect. If you're having trouble long jumping when you mean to short jump you're not alone. Most players have small issues with the game's recognition of the two different inputs. It's not a thing that will come up super often, but you will lose the occcasional run to the game getting confused.

As mentioned above, there is a bit of nuance to Canabalt's jump system. Holding down your finger causes you to jump higher, while tapping very lightly gives you a fairly short hop. It's important to be able to do these variations on demand. The short jumps are great for landing fast so you can jump again, while the long jumps let you clear big obstacles and long gaps.

Some users suggest starting your own music before you launch Canabalt. Canabalt is smart enough to figure out that your device is playing sound elsewhere, so it'll layer its audio cues on top of your tracks. This has the advantage of allowing you to zone in with a song you like, but it can also help make the game's audio cues easier to hear. For super serious runs, try playing a long track of silence. Canabalt will cut its music entirely and let you hear things with perfect clarity.

High scores in any endless runner are about mental focus, clarity, and physical comfort as much as they are about strategy or tactics. If you really want to crush your friends' records, be sure that you're sitting comfortably and holding your phone in a way that won't cause hand strain several minutes into a run. Tap gently with your other hand and practice switching fingers occasionally to reduce the chance of muscle fatigue or cramps. It'll feel weird at first, but being able to perform easy jumps with one of several fingers can really help your energy levels at the end of long runs.

The sound cues in Canabalt are quite helpful to your success. Some people can react to these much more easily than they can react to the images displayed on your device. Wearing earbuds can help you to pick out the sounds more easily. Try to figure out the timing for each sound cue so you jump at the right time. Bombs can be heard about one building before they fall, for example, giving you plenty of time to react before the bomb hits the center of the structure.

Finally, you can actually manage your speed a little bit in Canabalt. If you find yourself going too fast, try running into some boxes to slow down. This trick can help give you more precious seconds to react and let you get a little bit farther with each run.

Are you a Canabalt HD fan? How long have you been playing the game? Did we miss any tips or tricks? Let us know in the comments below!

Great
One major flaw is that in some cases, we tap the screen and no runner responds, which is fatal in games that require timing and reflection. I am not sure if there is a problem with the application, Fire or the touch screen of a specific device. Either way, it is still Canabalt, and it is also an excellent game.