* For reference, The Devil May Cry 4 game Reviews websites are all approved, there are no viruses and malware.

* For reference, The Devil May Cry 4 game purchase URL is the Amazon website, please feel safe to get it. 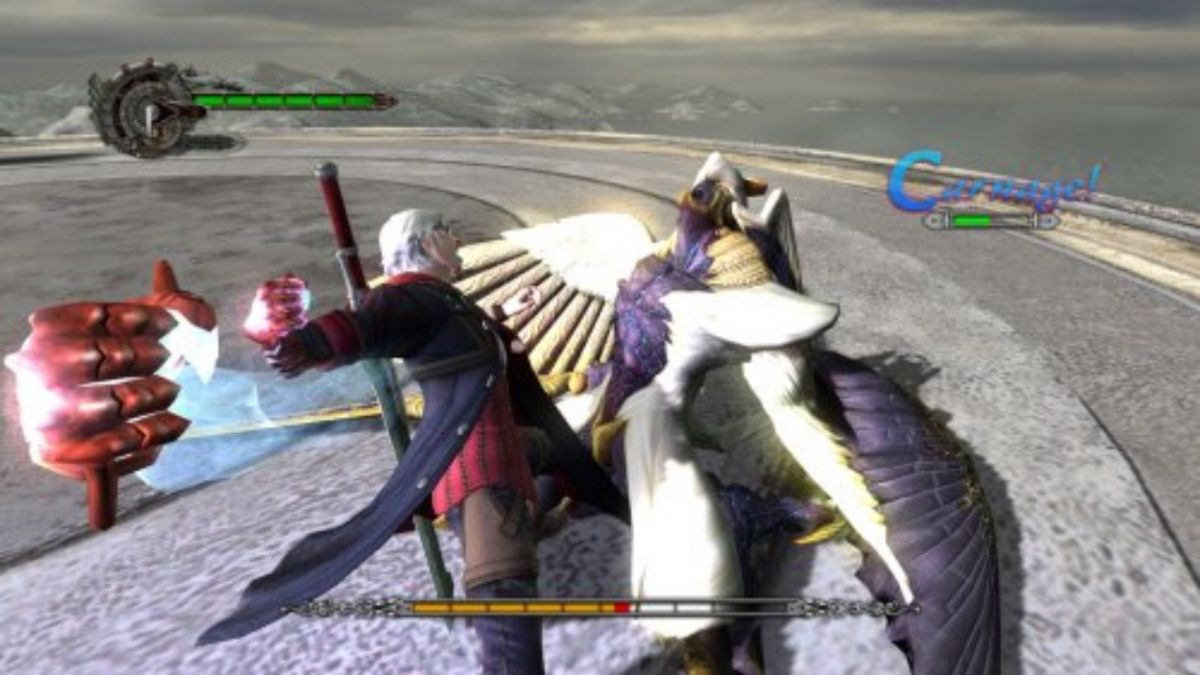 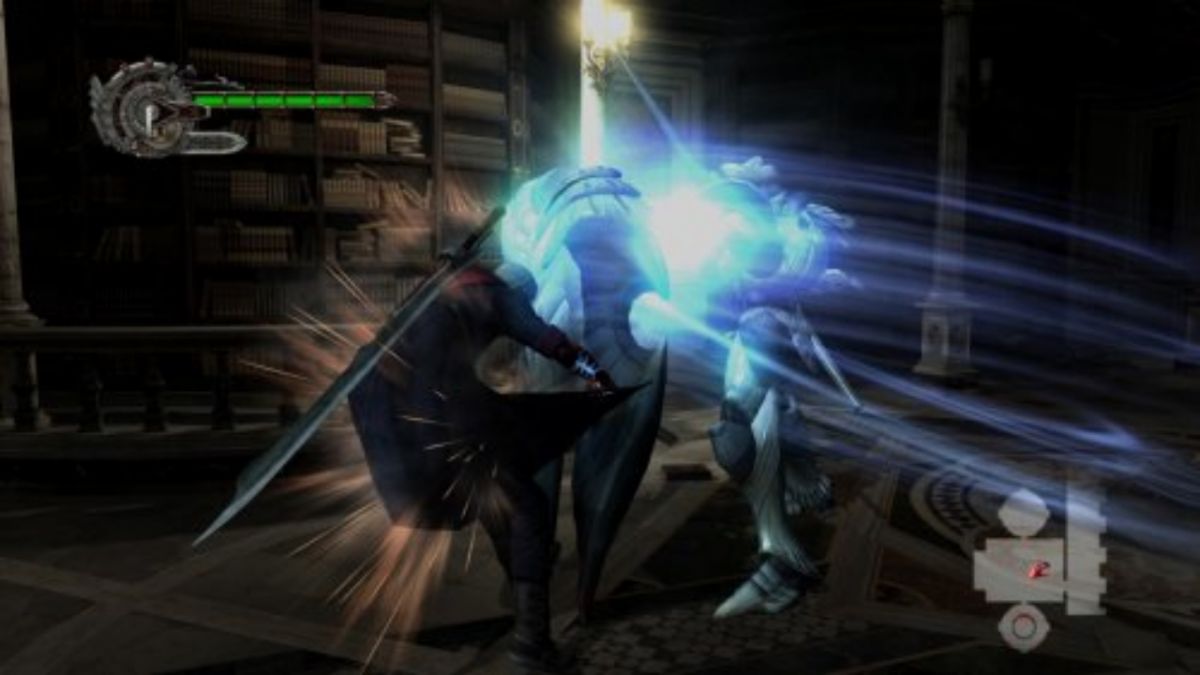 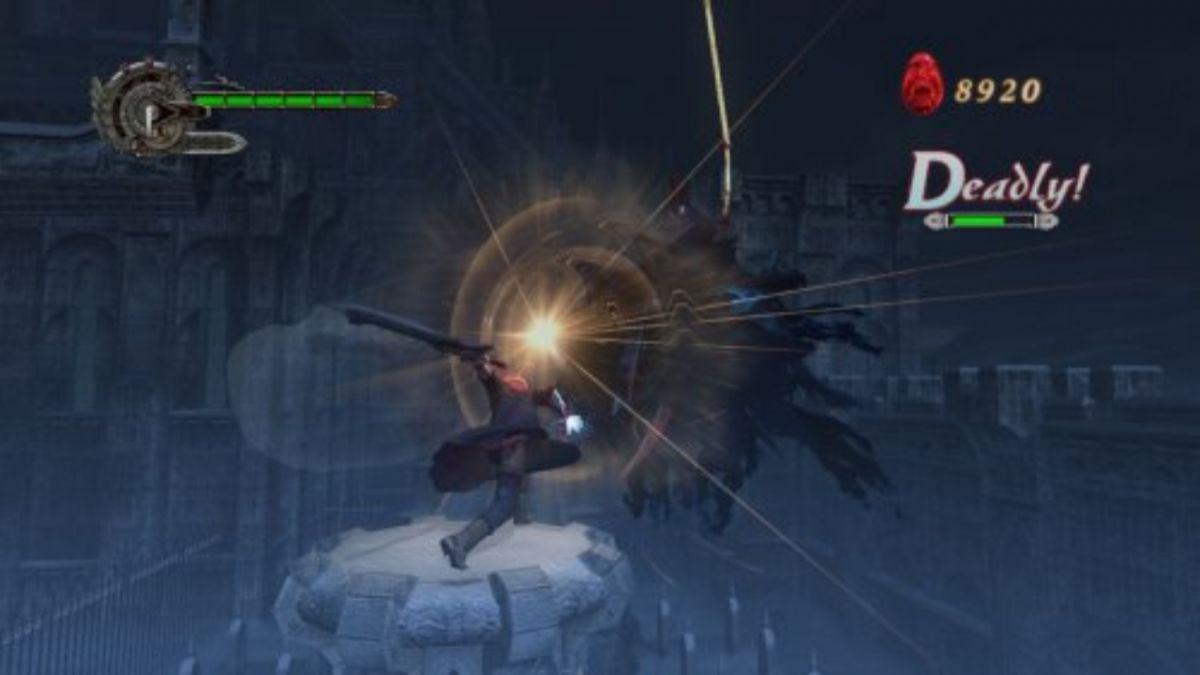 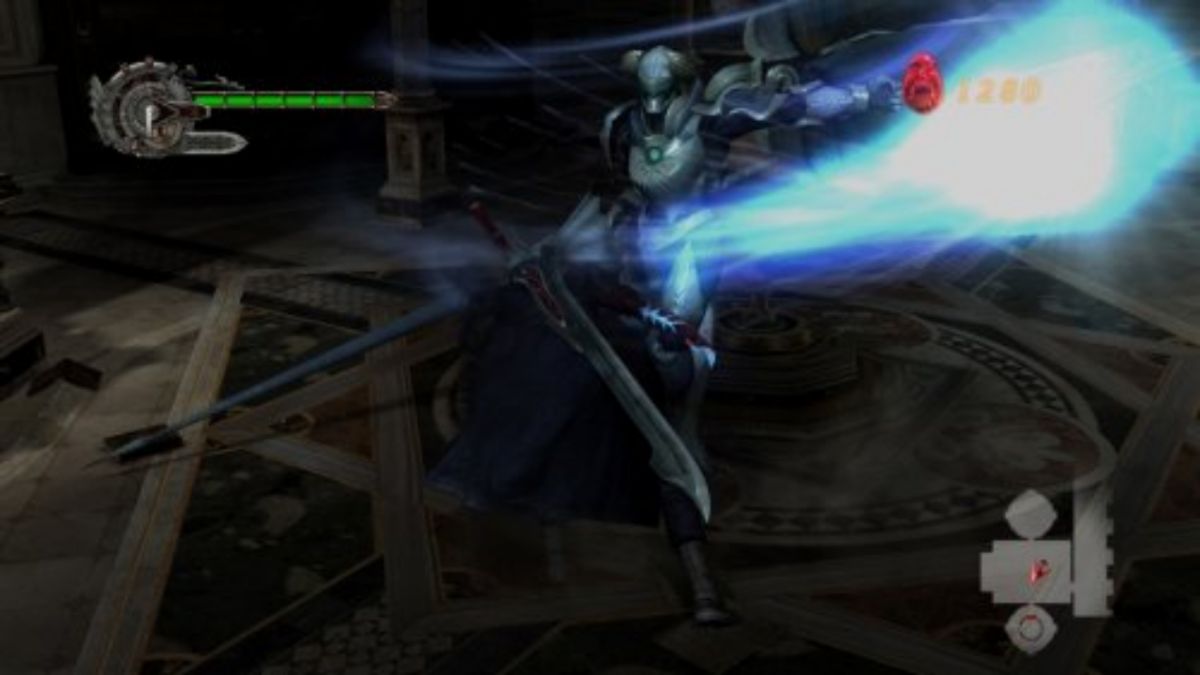 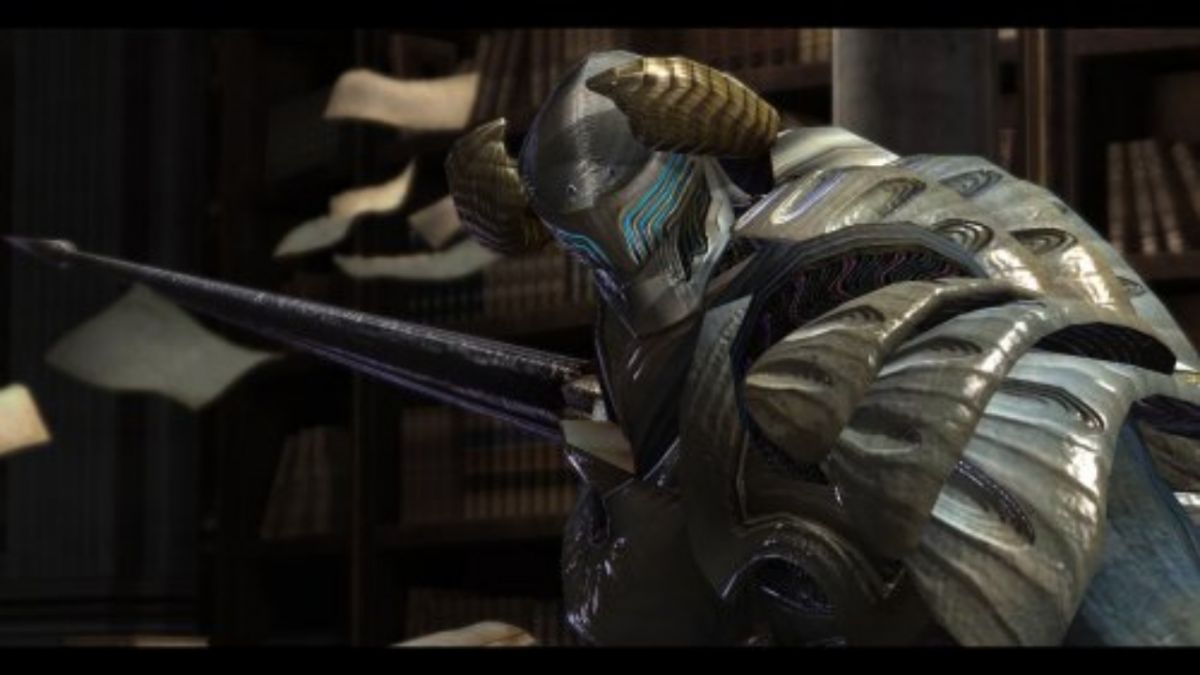 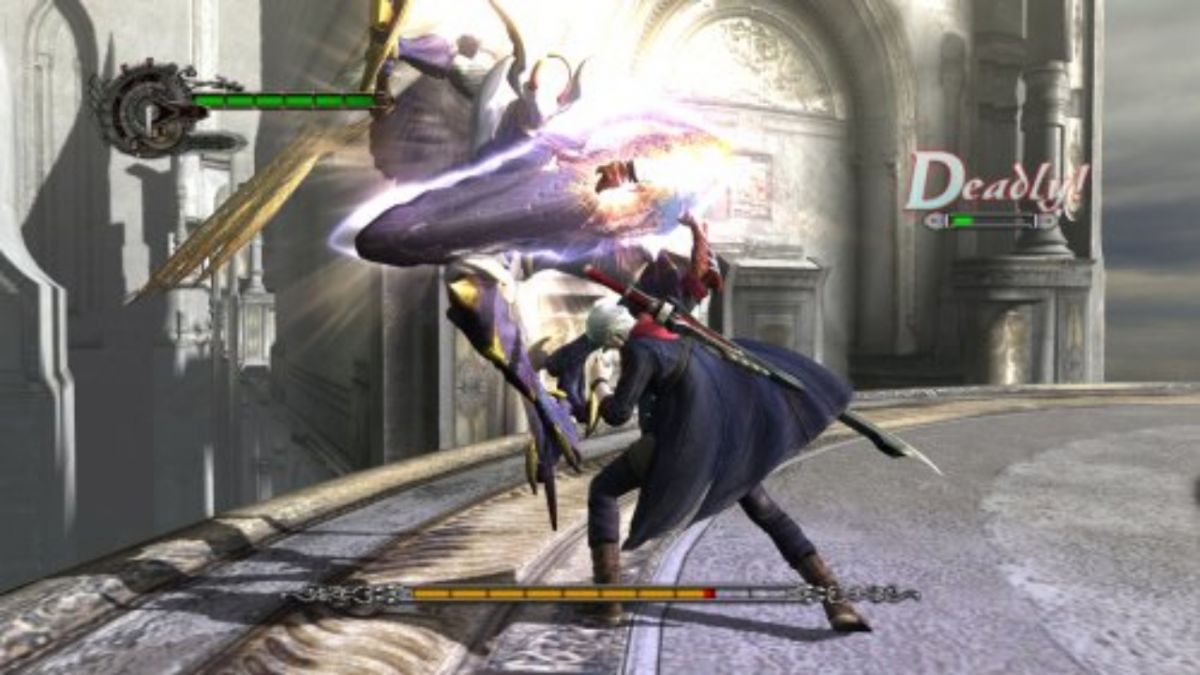 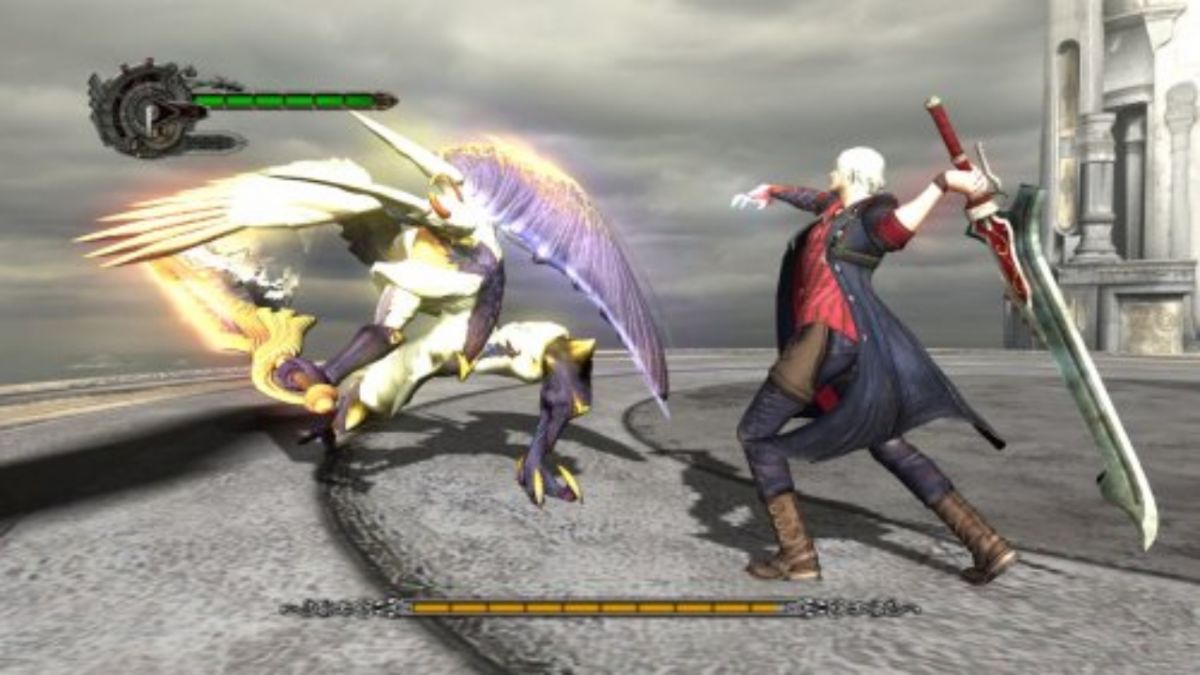 No flower smelling, no grass touching. Just pure unequivocal action-packed missions (at least for the most part!)

The Devil May Cry (DmC in short) series stands as a powerhouse in videogaming, being almost as prominent as Tekken or even Resident Evil. Many people would also be surprised to learn that Devil May Cry began as a prototype for Resident Evil 4, but I’ll not be getting into all that trivia here.

The premise of the entire series is enticing enough to warrant its critical acclaim. Sure, battling demons is far from an original plot device, but battling demons as a half-demon places this one in an entirely different ballpark.

Devil May Cry 4 was released in 2008 and had the huge responsibility of living up to the success of its immediate predecessor. Not surprisingly, it didn’t. Many of the features that made DmC 3 stand out were, unfortunately, scraped in that game, though Capcom attempted to salvage this by inserting other innovations.

To illustrate, in DmC 4 you had much fewer weapons and enemy variety than in DmC 3, but you got some additional strategic input rewards, and the Special Edition brought more assorted playstyles.

As a side note, I’m not sure how or when this trend of sequels or successors compromising on key elements of their predecessors became so prevalent. Some people may blame game engines or whatever but, In any case, it’s not a problem exclusive to DmC titles.

Anyways, Devil May Cry 4: Special Edition is an improved version of the original DmC 4 and offers some appreciated upgrades such as added characters from the older games –Vergil, Trish, and Lady – as well as additional cutscenes and enhanced graphics.

In terms of story, there is not much worth ruminating on. A great deal is explained in the game but, at the same time, you’re meant to assume a lot.

For example, who is Nero? He was seemingly unheard of until this game’s events, and I can’t help but think that his presence is not all that justified. It’s almost as if they needed another white-haired dude just for the sake of it. The Special Edition brings Vergil back to flesh out a bit more of the original’s story (which is a nice gesture) but we were still stuck with Nero for the better part of a decade.

On another note, the first cutscenes are nicely done and give you some boosts to get your blood boiling. Down the road, however, you’ll learn that gameplay will tend to get repetitive, as you’ll be retreading areas and bosses time and time again (both with Dante and with the initial character). Also, save for a few variations, you won’t get a much different experience, no matter which character you choose to play with at the beginning.

To be honest, I’m fine with that. I’m not supposed to expect Dragon Age Origins-level story arcs every single time, though I reckon this game may well have benefitted from more elaborated backgrounds for each character, instead of simply framing all of them under virtually the same story elements and locations.

Devil May Cry 4 is an action-adventure game that’s played on a mission-by-mission basis. These missions (or levels) have varying degrees of difficulty and, in many instances, puzzles to solve and/or items to collect.

Your performance in each mission is graded depending on the time you take to finish them, the items used, and the “Style Point” grade. The grades you can obtain are (from lowest to highest): “D”, “A”, “S”, “SS”, and “SSS”.

Style points can be earned by defeating enemies with projectile and melee weapons. The more varied an attack is, the more points you receive. The stylish ranking can also be increased by taunting and dodging.

In the original DmC 4, you played as two major characters throughout the entire game. Nero was a new character (introduced in DmC 4) who wielded the “Red Queen”, which is a sword shaped like a motorcycle handlebar with a revving system to enhance its strength. He also utilized the “Devil Bringer” ability, consisting of grappling enemies for extra damage.

Dante is not very different here than in Devil May Cry 3. He uses his typical four fighting styles – Swordmaster, Gunslinger, Royalguard, and Trickster – and you may switch between them via the D-Pad. He also has access to Dark Slayer Style, wielding the emblematic katana “Yamato”.

The Special Edition features three additional characters (as mentioned earlier): Vergil, Trish, and Lady, with their own traits and perks. It also brought back the “Turbo Mode” present in DmC 3 and a boost in the game’s speed. Apart from all that, you also get to try a new game mode called “Legendary Dark Knight Mode” which throws an exaggerated number of enemies at you, as well as some of the most powerful ones you’ll encounter in the game.

The first mission, “Birds of a Feather”, starts you off with a brief training session in a fight sequence with a man in red. You’ll get introduced to the main mechanics of the game, such as jumping, leaping, shooting, and performing ordinary melee attacks. You’ll also be taught to dodge and jump over a stream of bullets.

In two separate instances, you must overcome a mini-game called the “Dice Game”, in which you have to move a statue deemed “your other self” to a designated area through various platforms by striking a die, which will land on a specific number. The said number signifies the number of platforms that “your other self” will move across. The addition of this minigame has generated its fair share of controversy for it disrupts the flow of the gameplay.

Devil May Cry 4: Special Edition definitely improves upon the original in many respects, but it also failed to correct many of the original’s most glaring gameplay design mistakes. With that said, you may forgive some of these failures and focus on the myriad of quality-of-life enhancements instead.

You can leave your thoughts about this review or this game in the comments. Don’t worry, we all have demons in our closets!