* For reference, The Rise of Empires game Reviews websites are all approved, there are no viruses and malware.

* For reference, The Rise of Empires game purchase URL is the Amazon website, please feel safe to get it. 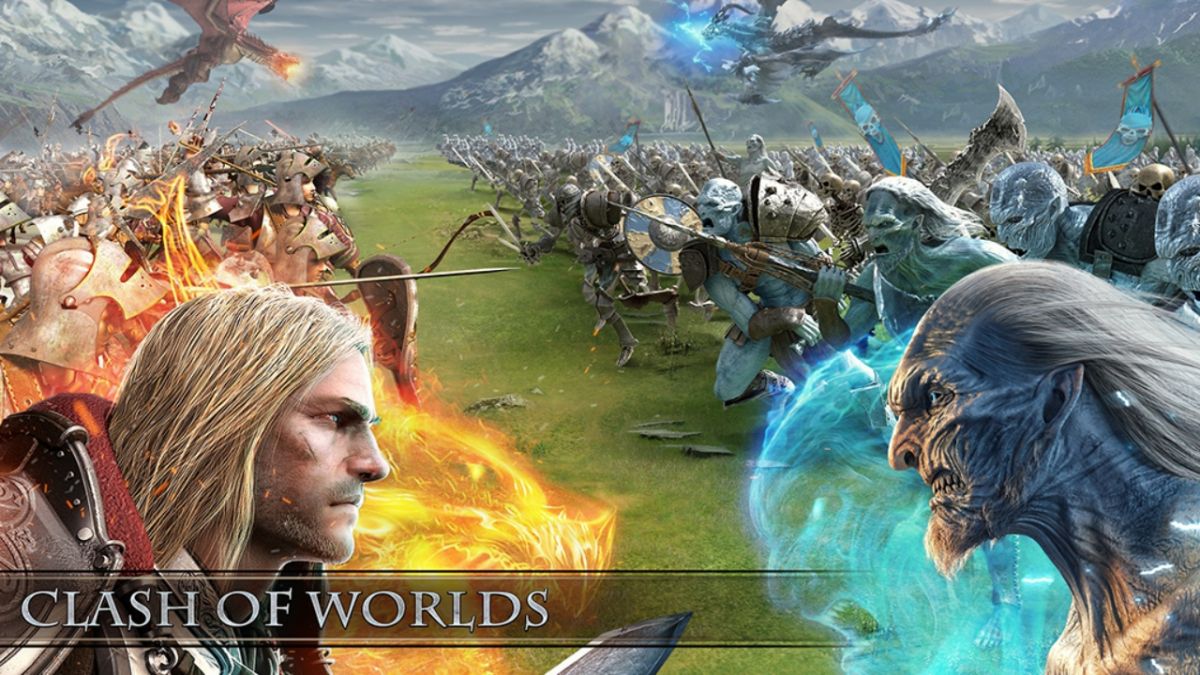 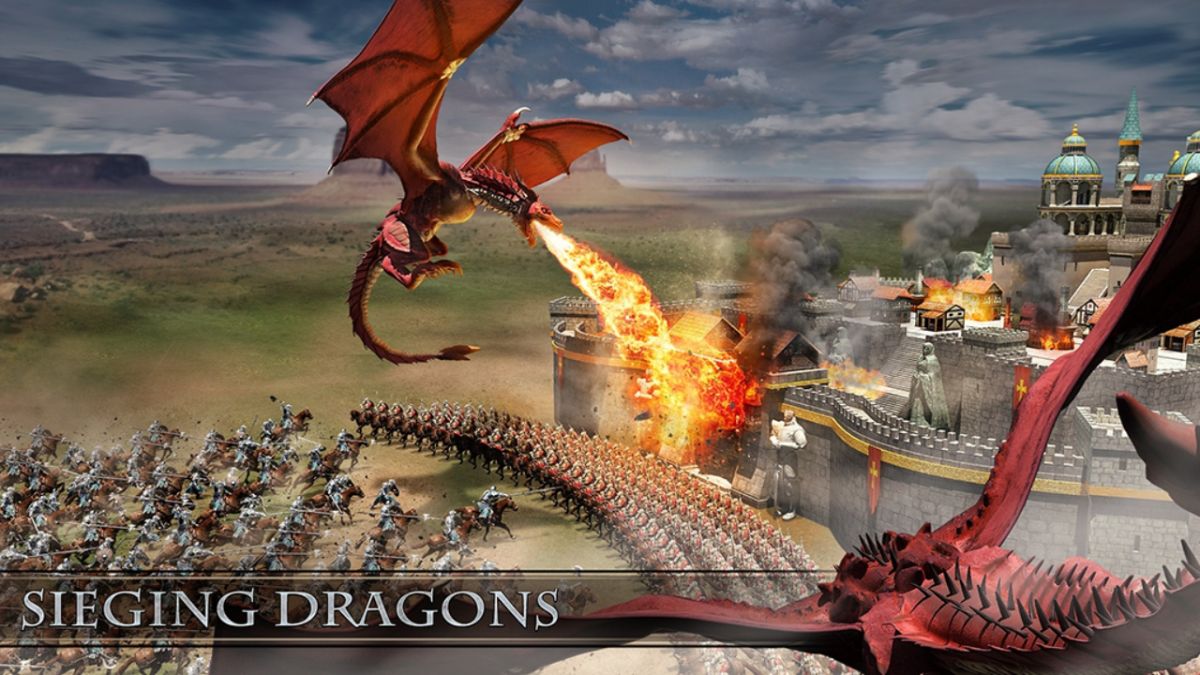 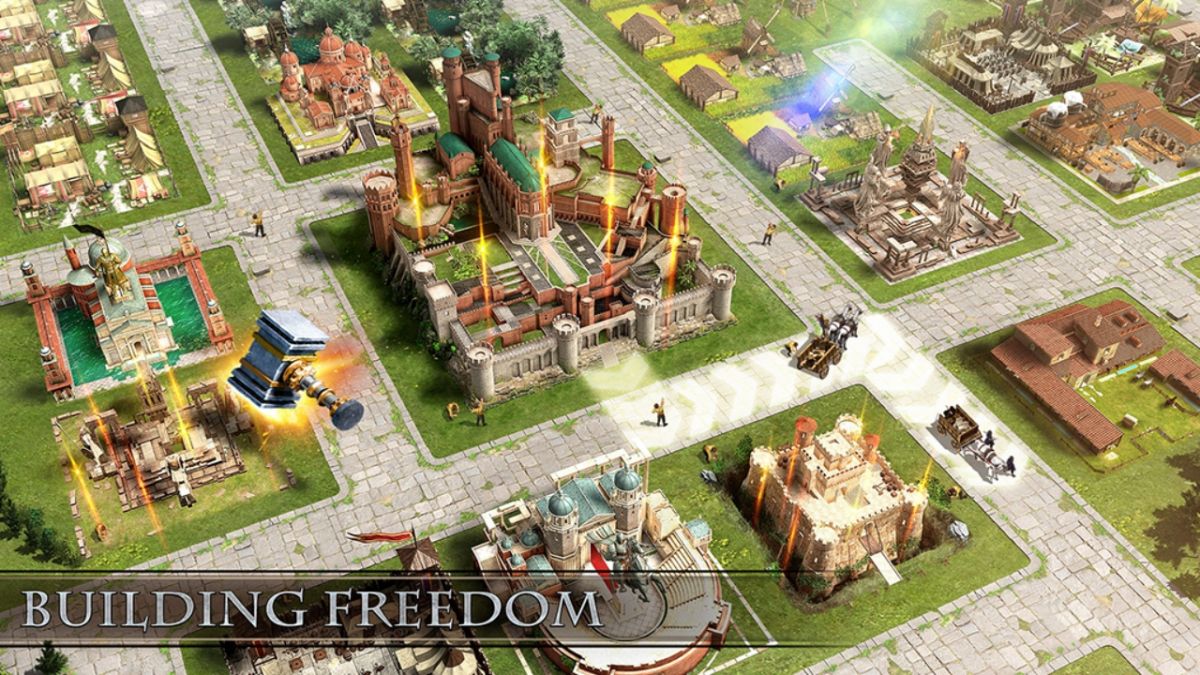 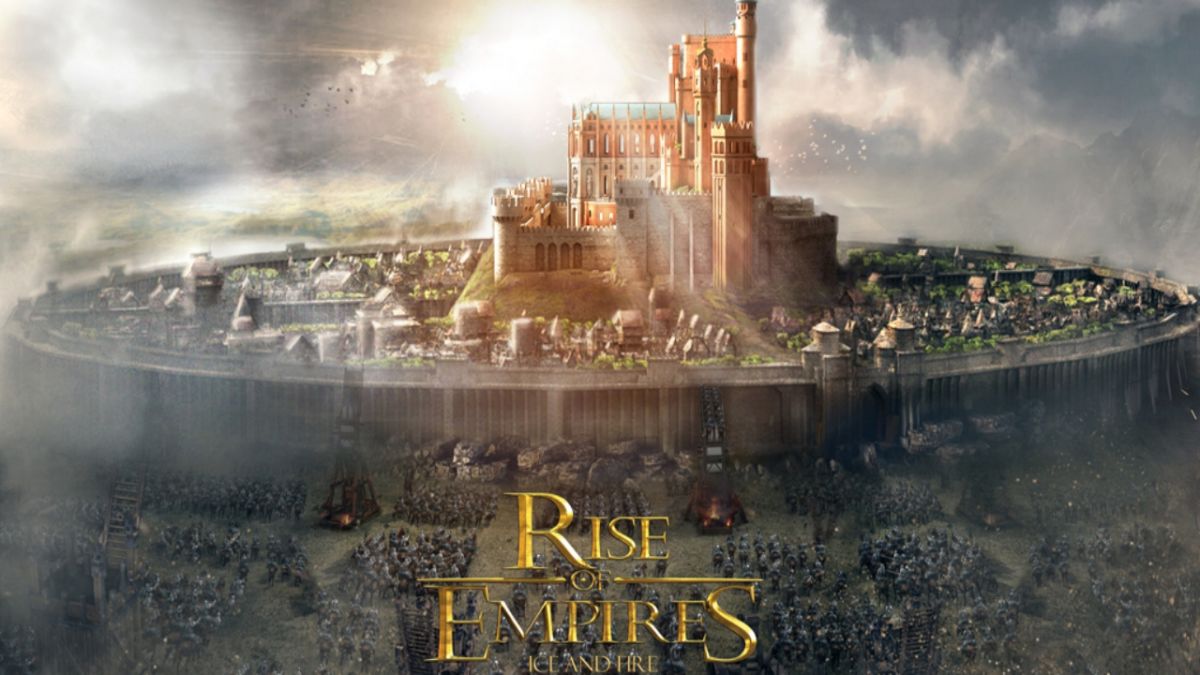 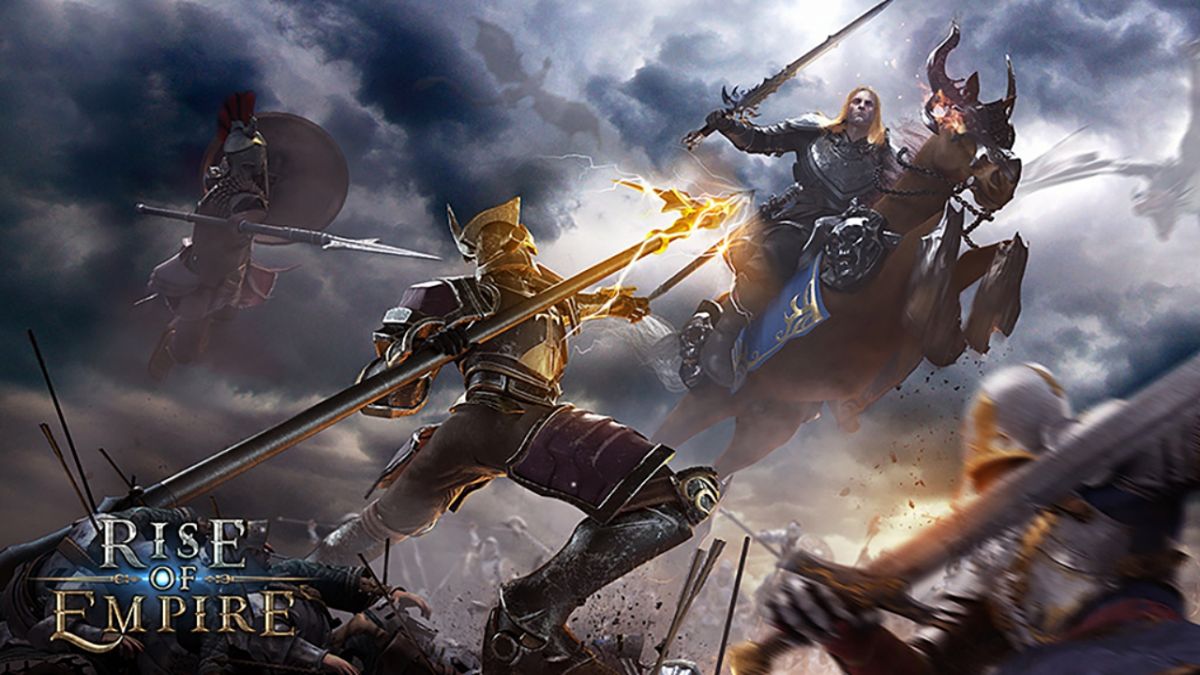 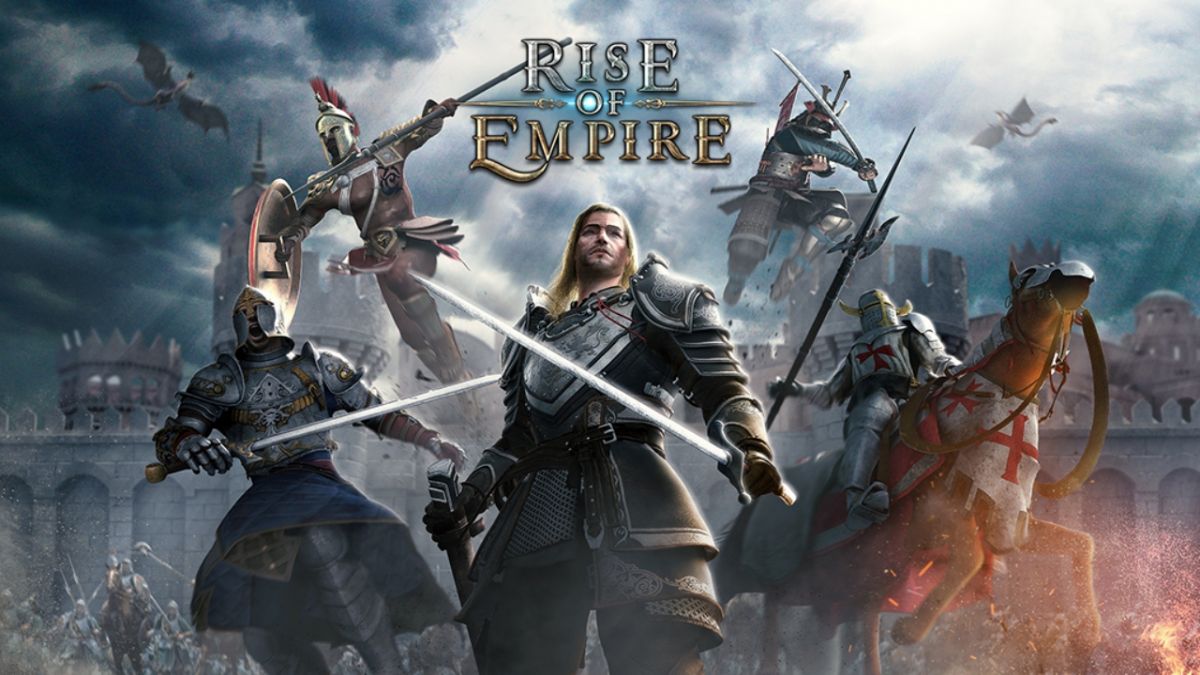 Rise of Empires: Ice and Fire is a base-building game that lets you build a city up from scratch, develop advanced technology, and build armies to raid your foes.

Years ago, Microsoft released an incredibly influential real-time strategy game called Age of Empires. Age of Empires was all about gathering resources, building up a base, and slowly progressing your civilization through history. At the beginning of the game, you’d control workers who were little more than hunter-gatherers, foraging for fruit in bushes and killing deer for food. After a while, however, you’d be able to build farms, houses, smithies, stables, castles, and more, enabling you to level up your town hall and build powerful medieval and renaissance-era units.

At its core, Rise of Empires is a persistent base-building game that’s all about progressing through a tech tree, building up armies, and sending them out to raid your foes. In many ways, it’s similar to Clash of Clans. Just like in Clash of Clans, you build structures in your base, use those structures to generate resources, and use those resources to build more structures and army units you can use to pester other players.

If you’ve seen any ads for Rise of Empires, this might come as a surprise to you. Rise of Empires’ developer has engaged in deceptive advertising practices for years, showcasing animations, maps, and gameplay elements that are most definitely NOT in the actual game. While some countries have cracked down on these practices recently, advertising regulations aren’t perfect, and it’s likely you saw some of the ubiquitous, shady ads floating around before they were pulled.

Like many other freemium games, the gameplay loop in Rise of Empires is basic. You log on, do some dailies, spend your resources, and log off. While you’re in the game, you’ll need to make some decisions about what units to build, what technologies to research, and what buildings to invest in. Building your base is very much a slow, over-time thing, requiring many days or even weeks of logging on once or twice a day to do your in-game chores.

Also like other freemium games, you can spend real-life cash in Rise of Empires to make this process go faster. Just like Clash of Clans, your base is vulnerable to being raided by other players. If you’re ahead of other players in terms of progression, you’ll be able to send out armies to make lots and lots of loot and stay ahead. If you’re behind, however, you’ll be hard-pressed to make a lot of gold and other resources with your armies. This puts a big, big incentive on spending real-life money, especially early on.

One of the best parts about persistent base-building games like this one is the community element of playing the game. In Rise of Empires,  you can join an in-game community that pools resources and works together to achieve objectives. Playing the game is a lot more fun in one of these communities. You’ll find it much more enjoyable to pop on and do your dailies when you can talk to friends, and you’ll be able to leverage the expertise of other players in your group to tech faster and get more resources. It’s a win-win.

The most important part of playing Rise of Empires is to manage your free resources. For starters, you’ll want to do your dailies each and every day. Make sure that you know when the server resets dailies so that you can time your logins. If you’ve got a busy work schedule, try to at least take a few minutes to do the easier ones. Completing these objectives will give you a series of massive bonuses that you do not want to miss.

In addition to daily objectives, Rise of Empires has objectives that reset every hour or so. While some players like to log on once and do their best to earn a golden chest by completing objectives, it’s often better to earn multiple purple chests. For starters, missing a gold chest gives you a single purple chest, and it’s easy to lose track of time and just barely miss your goal. By attempting to earn multiple purple chests instead, you’ll earn a LOT more of many types of valuable resources. If you think you’re close to a gold chest, you can always push for it, but it shouldn’t be your default objective.

Additionally, when grinding for chests, be sure to pay attention to the server time. Chest objectives reset a few minutes past the hour, so don’t make the mistake of logging in at 5:02 and starting your grind. Instead, wait till the chest resets and start fresh, ensuring that it’s as easy as possible to get a purple. This system will work best if you can log on 5 or 6 times a day, but it’ll still reduce your stress level if you can only log in once or twice.

Finally, pay attention to how different units and roles perform. Cavalry units, for example, can raid and return to your base twice as fast as other types of units. A legion of only cavalry can hit players before they can even scout you or execute counterattacks before an enemy can react. As far as player roles go, be sure to match your selection with your gameplay style. In most cases, it’s best to be a trader until you start to get an army and then switch to being a raider, but there are some strategies and playstyles that will work better with other roles. Think about how you want to play and optimize your choices to match!

Are you a Rise of Empires: Ice and Fire expert? What’s the fastest way for a new player to level up their base? What tips do you have about earning, saving, and spending resources? Let us know in the comments below!