* For reference, The Garena Free Fire - New Age game Reviews websites are all approved, there are no viruses and malware. 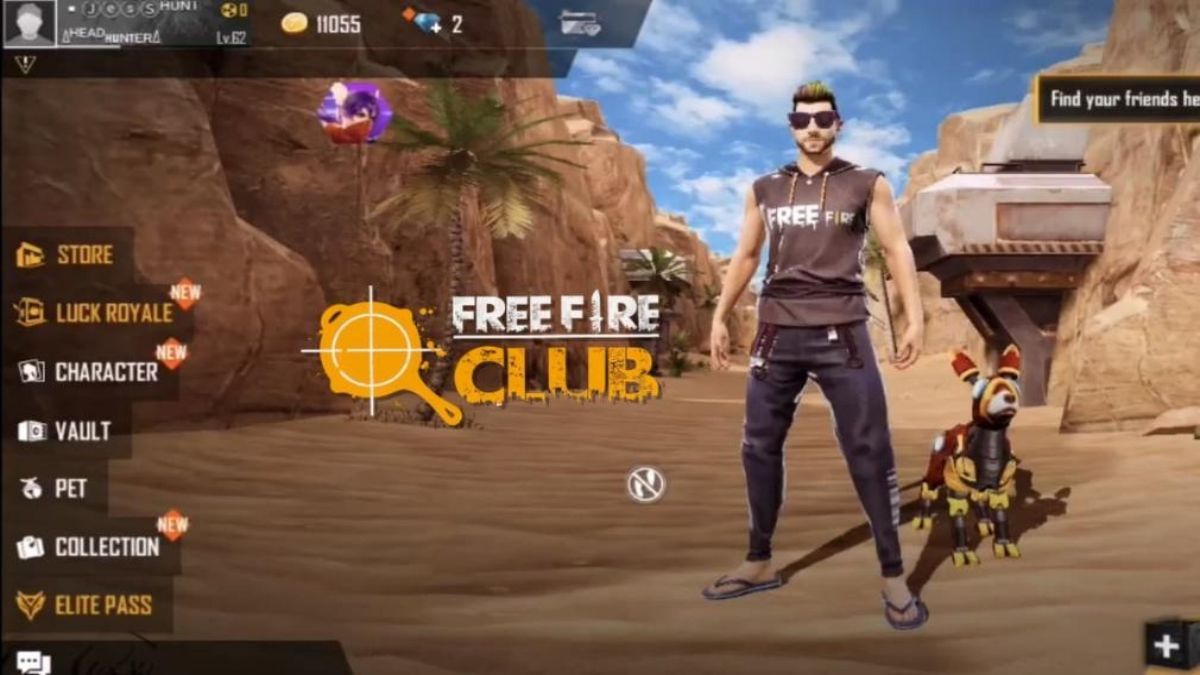 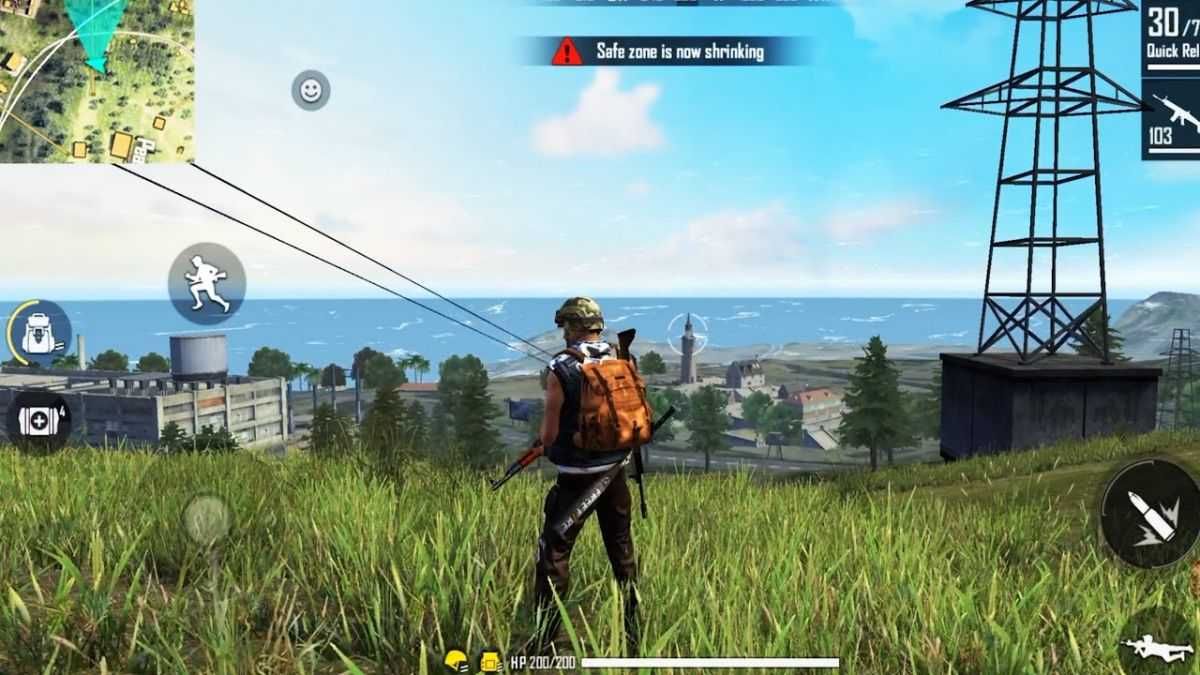 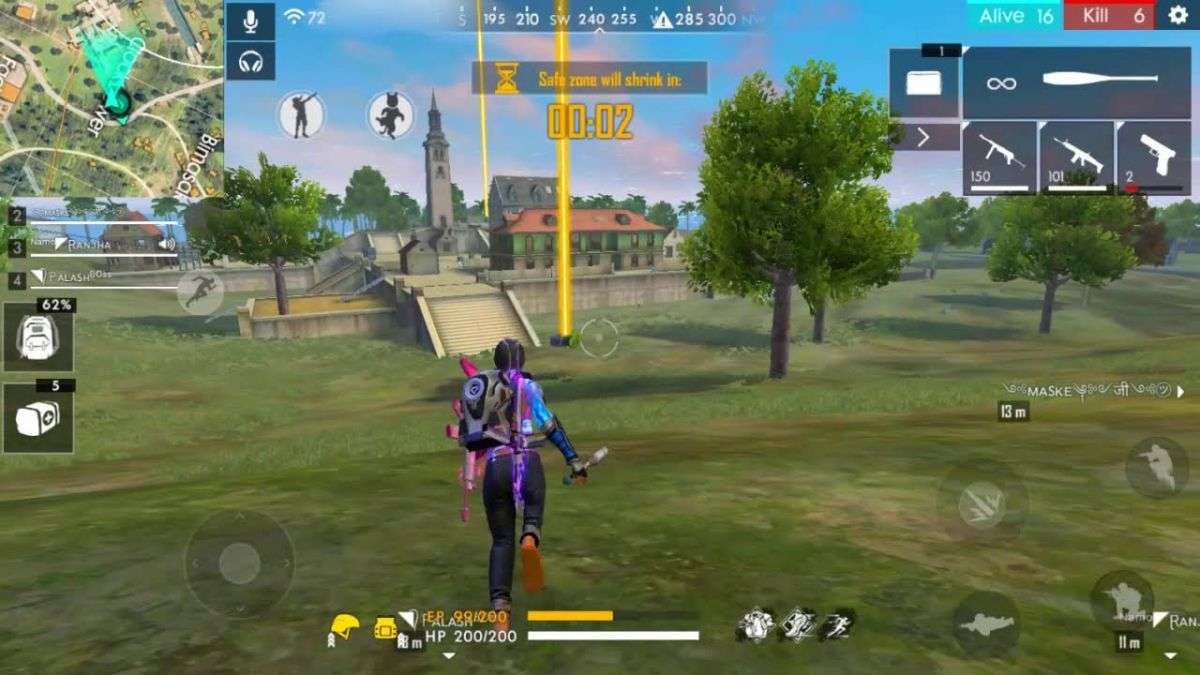 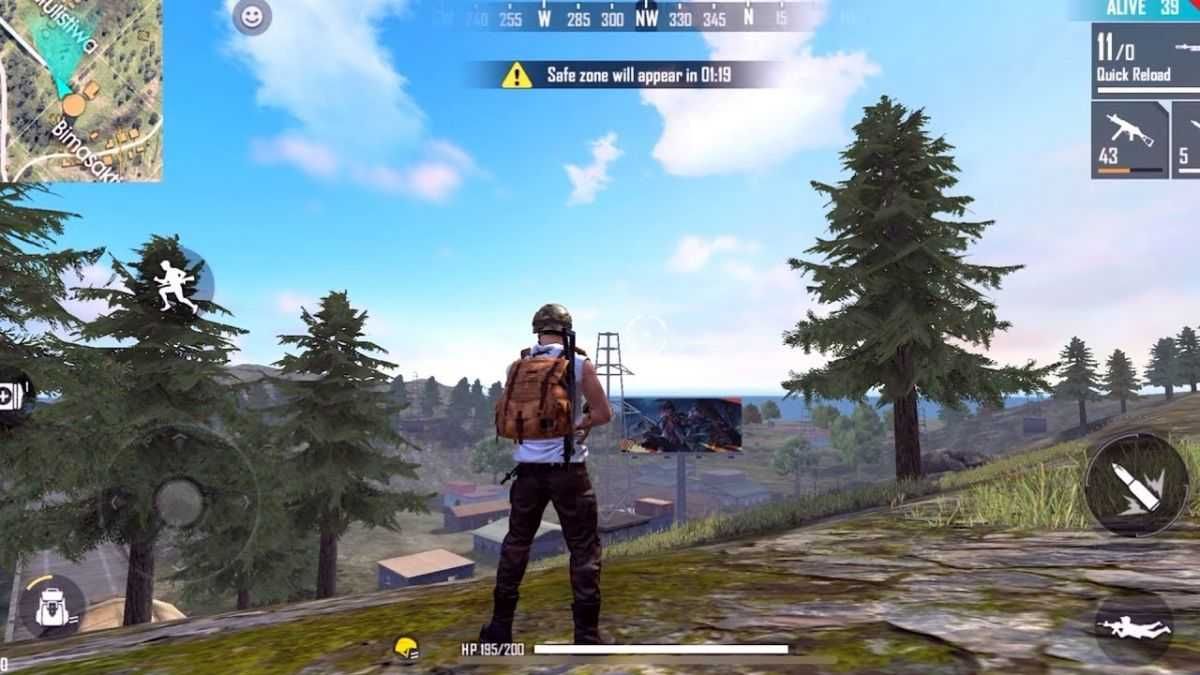 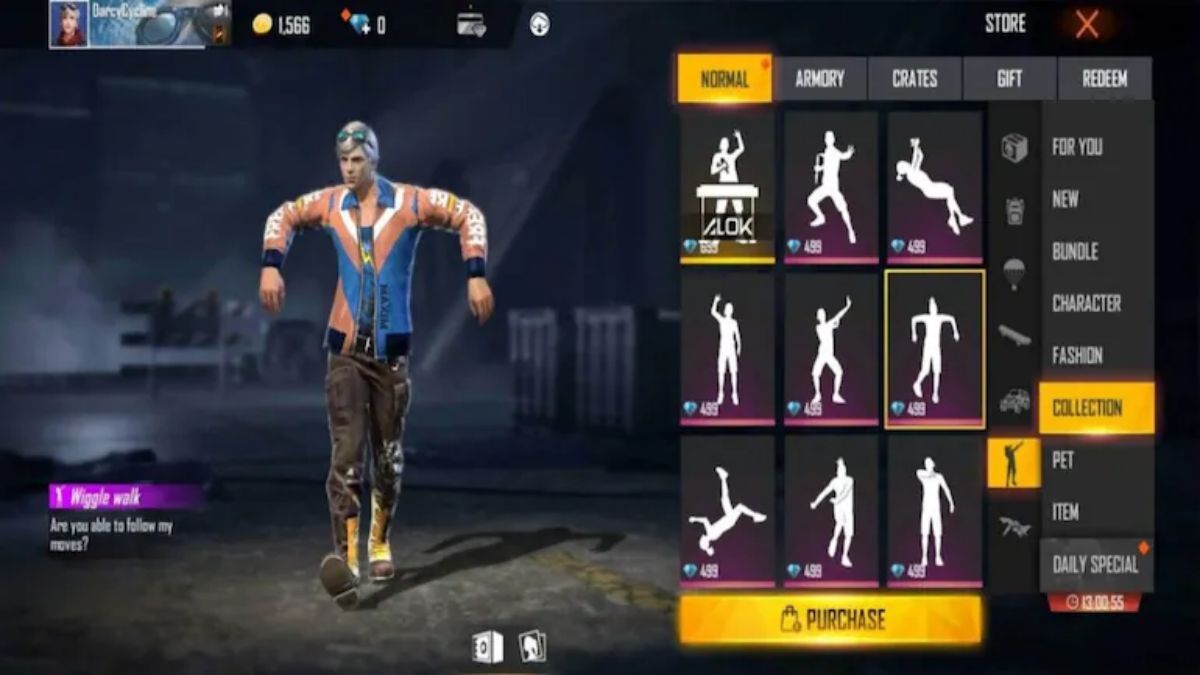 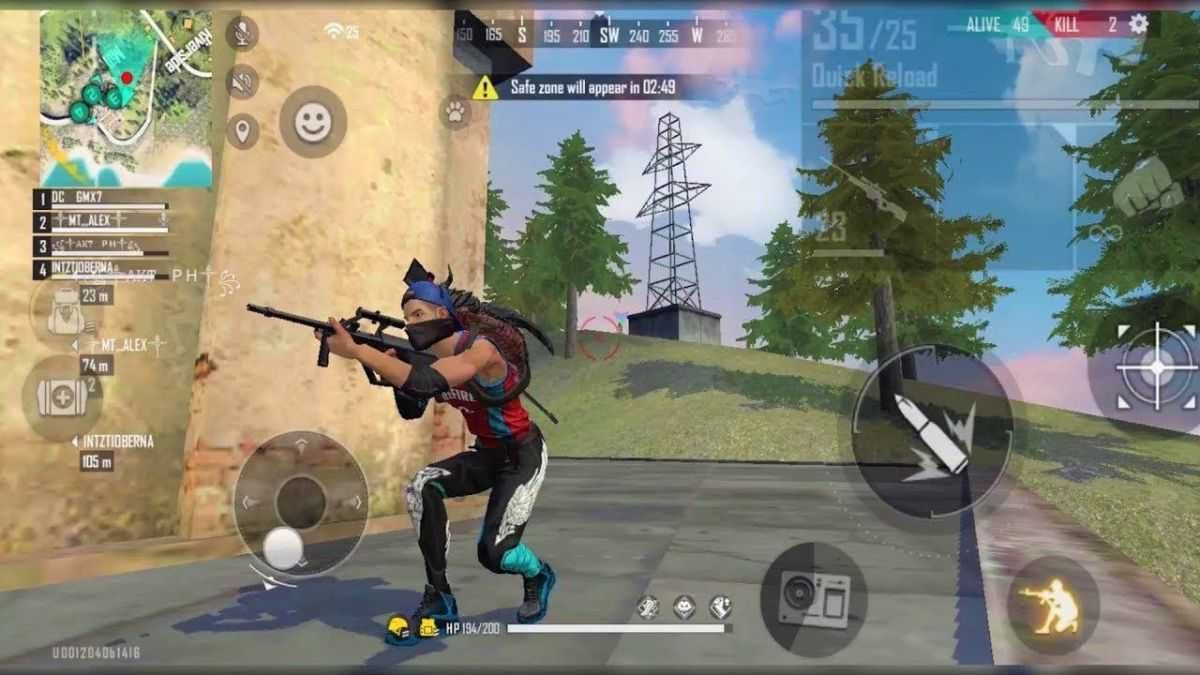 Free Fire became very popular among owners of budget-tier phones because it provided an alternative so as to not miss out on the battle royale craze ignited by Fortnite and PUBG on console or PC.

Garena did a very smart thing by targeting an emerging mobile market and becoming the first battle royale game on Android and iOS. By doing this, they were able to remain relevant and not be deemed just another PUBG clone (though they might as well have been, for all intents and purposes). In addition, if you're from Brazil, then you'd probably know how big Free Fire is over there!

Still, the game was not without criticism when it came out, particularly with regards to the graphics. Looking back, and being totally honest, the game was kind of an eyesore, even for mobile standards. Nevertheless, gameplay and accessibility made up for the graphical handicaps.

Even after PUBG Mobile came out, it was not able to totally steal Free Fire's thunder, if only because PUBG Mobile came out with a plethora of performance issues that Free Fire, owing to its much more simplistic Unity graphics, didn't suffer from. Regardless, Free Fire MAX, the latest revision to Free Fire, came with significant graphical upgrades, but still struggled to match the graphical prowess of PUBG.

Despite all this, I could still appreciate the fact that Garena was willing to maintain support for both Free Fire and Free Fire MAX, which is more than I can say about other video game companies which I will not name but that are wont to leave budget-tier players in the cold (hint: one has a two-letter name that starts with an E and ends with an A). I don't really want to flame video game companies in this review, so I won't elaborate further.

With all that said, the best thing I can say about this game is that it's fun and "functional". It doesn't necessarily break any new grounds, nor is it the best battle royale game ever made nor close to being the best. Irrespective of that, there is much to love about Free Fire.

One of the best aspects of this game is the free-to-play rewards. Garena really strives to please players with fun goodies and memorabilia without them having to pay a dime. They have also been very stringent on hackers, something that I wished the people at LightSpeed would have handled better.

The shooting in Free Fire is probably its weakest aspect. It's not horrible, but nothing could beat the recoil in PUBG. In Free Fire, there is not much weight to your shots and they feel a bit fake and underwhelming in comparison.

Finally, I wished this game was also released on PC, perhaps with enhanced graphics. I believe that shooting games are best played with a keyboard and mouse and, though you can theoretically use an emulator, it's really not the same experience, not by a long shot!

Garena  Fire is a battle royale game played from a third-person perspective in which you engage in death matches with other players (up to 50) online.

The matches take place on an island wherein you land after parachuting from an aircraft. Your starting position is determined by how much time you take before deciding to jump off the plane.

After landing, you're  to roam the area in search for supplies such as weapons, medical equipment, and other assorted items you may find scattered across the island.

Your main objective is to eliminate every opponent that reaches your line of sight while you strive to remain in the available safe area, which shrinks over time. As the safe area gets smaller, your chances of encountering rival players increases and the action gets more intense.

The game has two different modes. While this can seem a bit unrewarding when compared to the game modes offered in other battle royale games, these modes have significant gameplay value. Let's describe them in a bit more detail:

In Battle Royale, you land on the island with no weapons or accessories and the goal is to kill as many players as possible without getting yourself killed or being felled by other players.

In Clash Squad, you join a team of four players and must battle against other four players in the opposing team. Your team is given $500 (not real money, unfortunately!) and you must buy provisions from the shop during preparation time. Once preparation time is over, you get to play up to 7 rounds. Winning 4 out of the 7 rounds is enough to obtain victory.

Fire grants players a wide array of customization options and weapon skins that may even enhance the weapon's stats in some cases.

Furthermore, you can open loot crates and obtain legendary items for  by completing certain events. You may likewise acquire them via in-app purchases, but at least Garena gives the option to earn these via gameplay, which is a nice touch. Diamonds (which are exchanged for premium items) are a bit hard to obtain, though, and you must do a fair deal of grinding.

Finally, the game is played via touch controls, though it also comes with Bluetooth controller support and you can use both PS4 and Xbox One controllers. Additionally, at least in theory, you may also play it with a keyboard and mouse, though you'll have to jump through a bunch of technical hoops and it's not a very convenient alternative, truth be told.

All in all, Garena  Fire is a nice alternative amidst a very crowded battle royale market, even when it may not be as enticing as Fortnite or PUBG. If you are concerned that the graphics may turn you off, you can try out  Fire MAX instead, but this one can give you enough hours of entertainment and has a very active user base to this day.

If you enjoyed (or didn’t enjoy) this game or this review, let me know by leaving a comment below!