* For reference, The Gachaverse game Reviews websites are all approved, there are no viruses and malware.

* For reference, The Gachaverse game purchase URL is the Amazon website, please feel safe to get it. 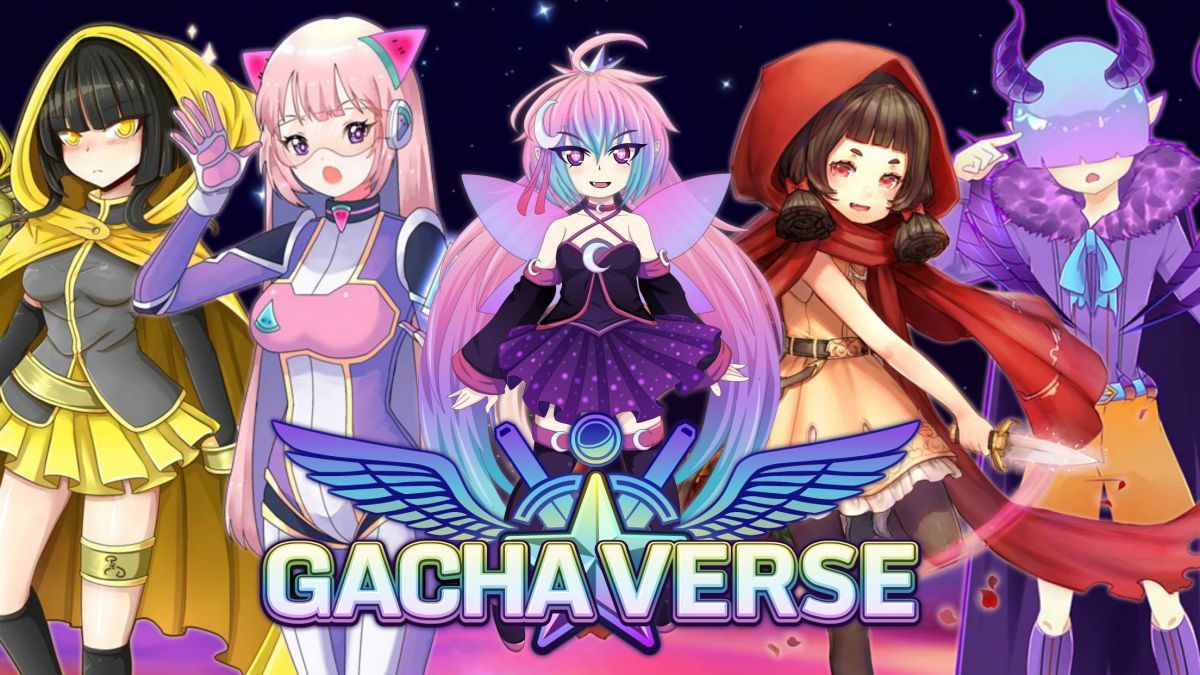 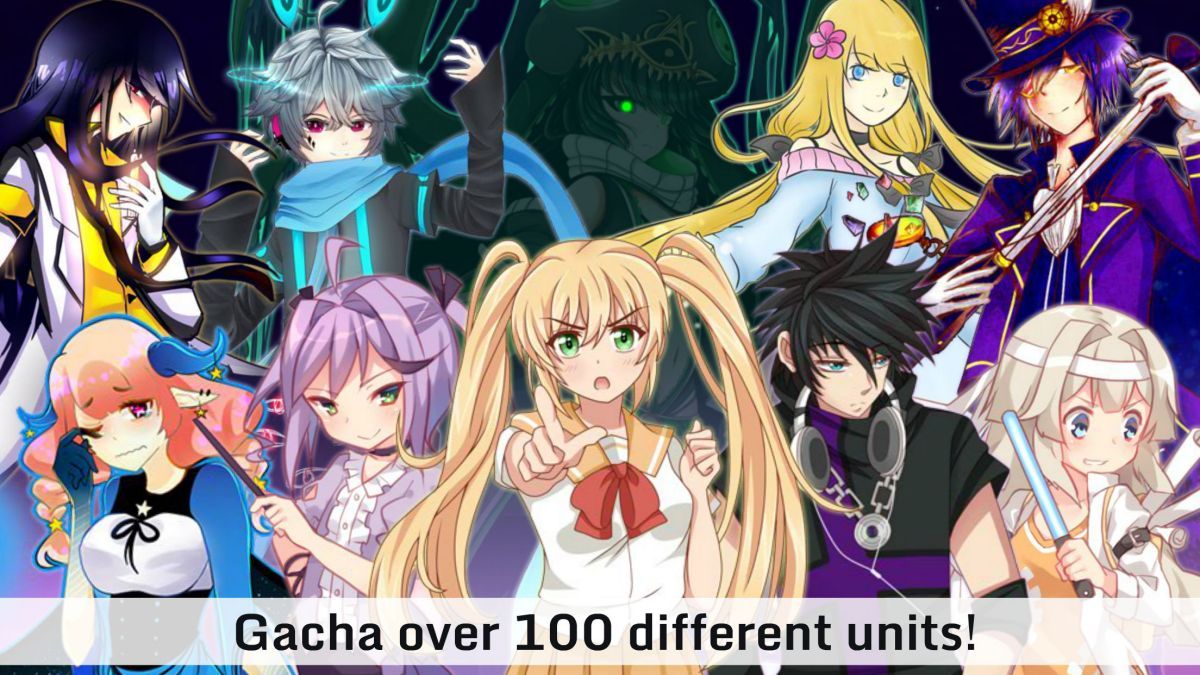 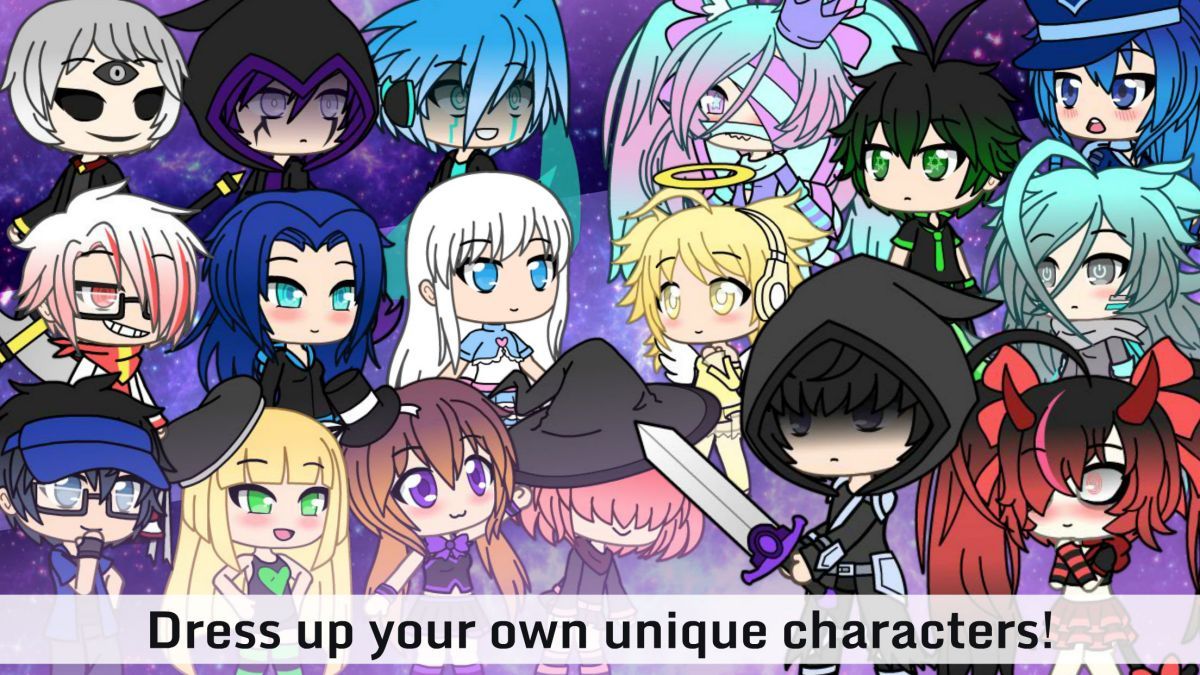 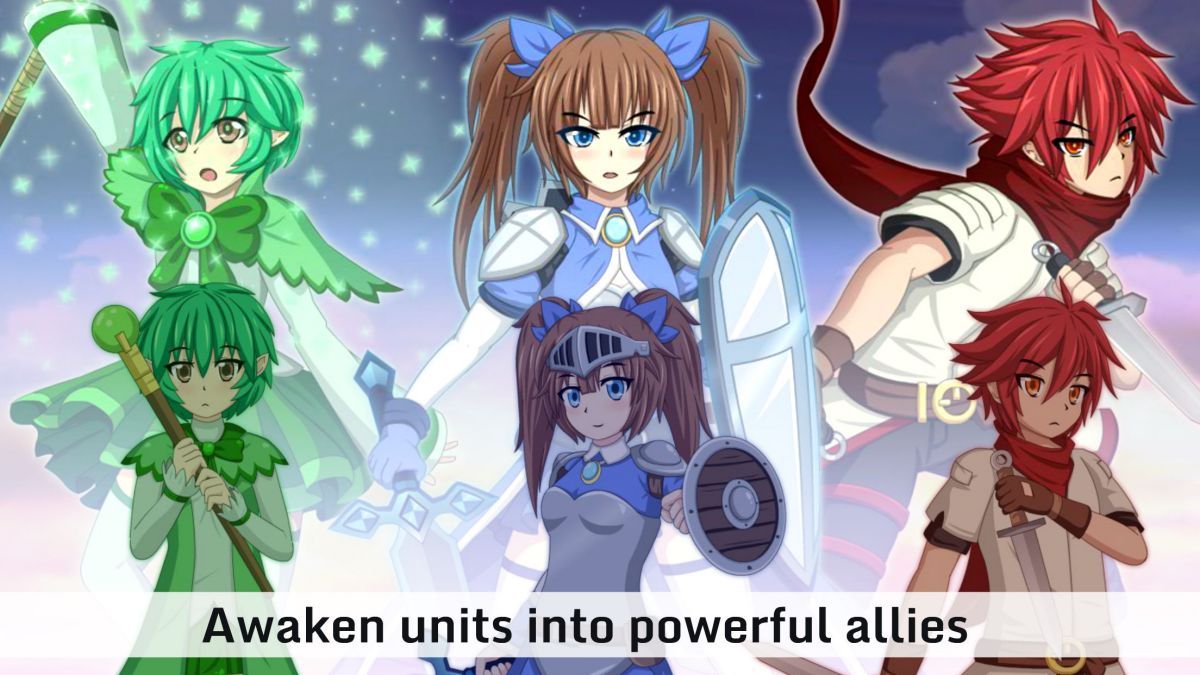 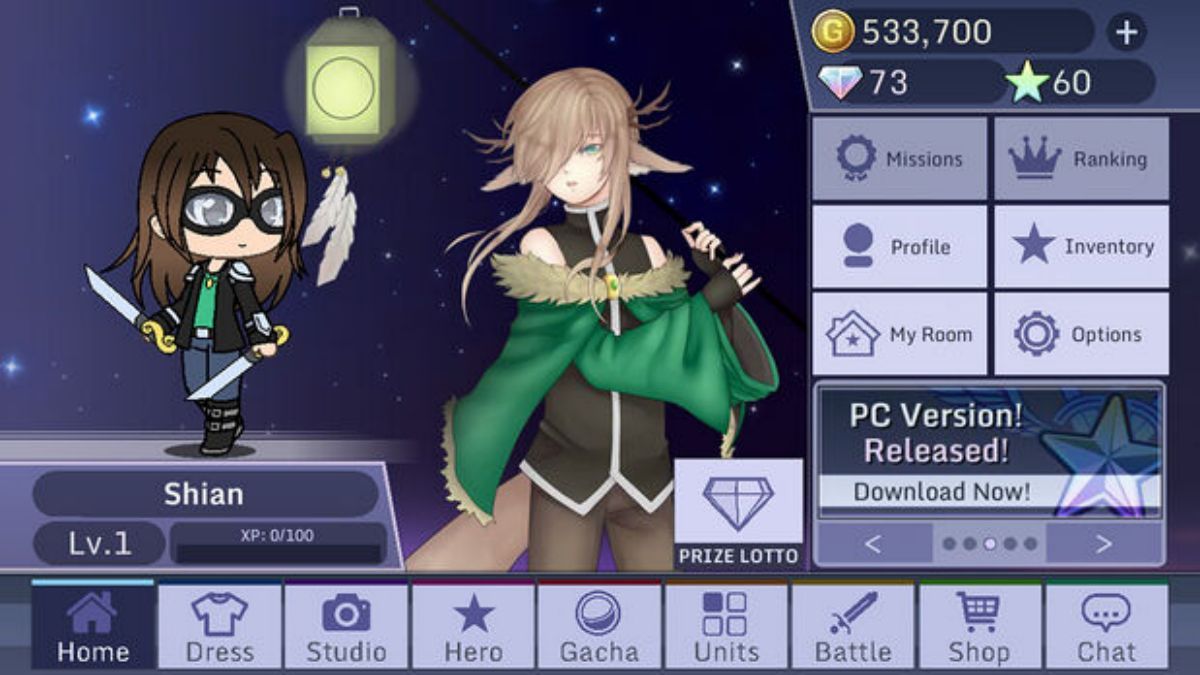 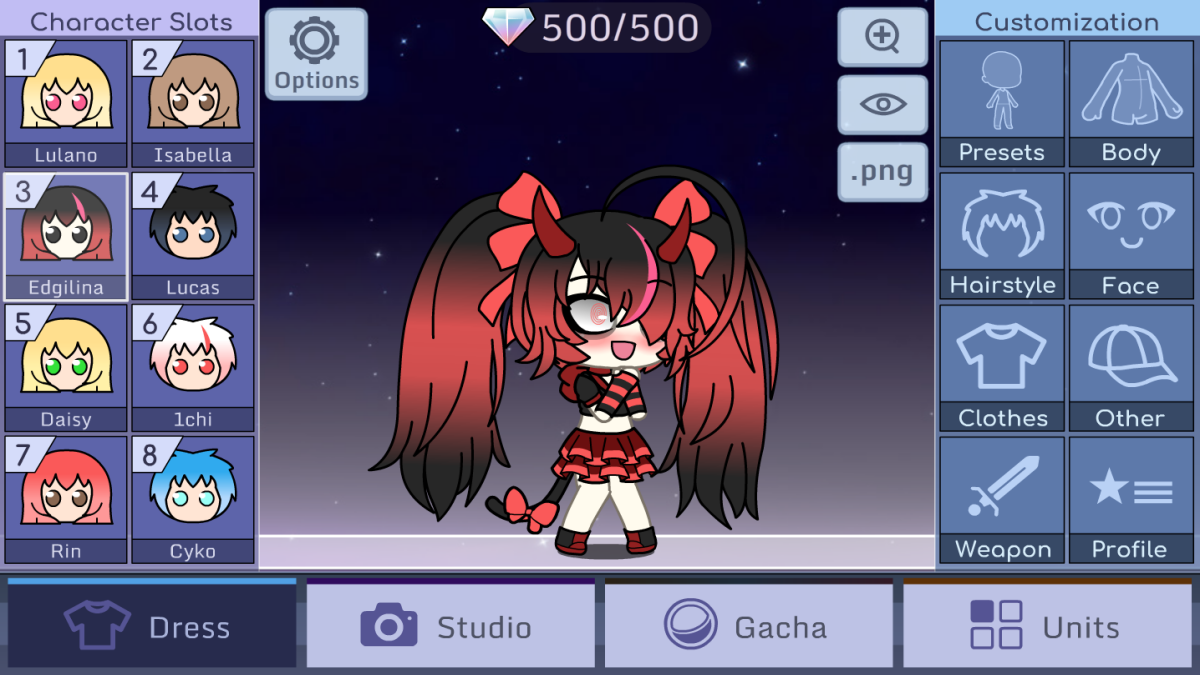 Gachaverse is a fully free RPG with a strong emphasis on character customization. Use the built-in studio to make scenes and record movies or enjoy the RPG mode and battle enemies!

Gachaverse is a fully free RPG with a devoted fanbase. Despite its combat and story content, the main draw of the game is its virtually unlimited character customization engine and the built-in studio. Fans use the game to create avatars, enact scenes, and even record movies or videos. Gachaverse isn’t the only game to do this – several other games by the same creator, all with “Gacha” in the title, have similar functionality. This means that the slightly older Gachaverse is often overlooked in favor of newer titles with better studio options and more customization. Nevertheless, Gachaverse still has a handful of devoted fans.

Gachaverse is one of several games by developer Lunime with the word “gacha” in their titles. Gacha generally refers to a game where important in-game things, like characters, items, or money, are acquired via a gambling system. In these games, players have to spend in-game currency for ‘pulls’ in which they acquire loot boxes that distribute loot in a random fashion. Getting a specific item or character might take dozens or hundreds of pulls. In typical gacha games, it can cost hundreds or thousands of real-life dollars to guarantee a drop, earning lots of money for the developer.

Gachaverse (and other Lunime games) are different. While you can ‘pull’ for in-game items, you cannot spend real-life money in the game. Instead, you have to earn these random pulls by playing the game. Loot rates are very generous, meaning that it’s not a big deal to get everything in Gachaverse. More importantly, however, these items aren’t the main focus of the game. Instead, the character creation system and studio are the big draws, and these are completely free. As soon as you boot up the game, you’ll be able to use these features to their fullest extent.

In many ways, Gachaverse is a big, complicated dress-up game. You can use it to tell stories about your favorite characters, create avatars you can use on social media, or enact complex plays using scenes in the studio. Fans of the series will re-create characters and scenes from their favorite movies, TV shows, and comics or engage in collaborative storytelling with their friends. With countless options for customization, the only limit is your creativity.

Gachaverse’s studio has the ability to export scenes in a number of ways. Community members share these exports on social media platforms. The game can help create still images, characters, or even movies, meaning you can tell any story you’d like with the help of the game. There are numerous gatherings of Gacha Studio fans on almost any social media site, including YouTube, Facebook, DeviantArt, and more.

The fact that other games have more updated versions of Gacha Studio means that Gachaverse isn’t the go-to for most fans of Gacha games. Nevertheless, the RPG mode is somewhat unique and might be worth checking out. If you’re after a generic RPG with anime stylings that’s totally free, Gachaverse could be right up your alley. If you’re just after the customization content, however, you’ll want to try Lunime’s newest game.

The bulk of Gachaverse players spend their time customizing characters and making scenes in the studio. These creative activities don’t require any optimization – just make things that look cool to you and do your best to create scenes that are interesting and evocative.

If you’re having trouble matching colors, try using an eye dropper tool on an image from the web and matching the hex code or just putting your phone near a reference image. For scenes, try using your favorite television shows as a reference. Even if you’re not copying things line-by-line, you can often get good ideas regarding pacing, composition, and plot from TV and movies. Pay attention to things like spelling, grammar, and punctuation to help make your scenes more readable and crisp. While your audience might not demand perfection, taking the time to spellcheck your dialogue will help your creations seem like you put in a lot of effort.

If you’re a parent, be very mindful of how your kid spends time online. As mentioned above, Gachaverse and its sister games are essentially digital dress-up games that allow kids to create scenes with their digital dolls. There’s nothing inherently inappropriate or scary about them. What’s worrisome is how other users use these tools in public online communities. Most of the inappropriate content seems to be created by children with no ill intent, but the ideas expressed often touch on topics that are violent or sexual in nature.

If your kids are asking about Gachaverse, it’s incredibly important that you figure out where they’re getting their inspiration from and that you have a talk with them about safe communities and ban any communities you find inappropriate. Banning the game won’t stop their internet activities. You’ll have to track down the source and figure out what’s going on.

This means that as a parent, you should do a LOT of research into where your kids hang out online before letting them get into Gachaverse. If they’re asking about it, they’re probably hanging around online communities already. Remember, the game is a vehicle to talk, not to listen. It’s more like a drawing pad than a comic, so while you might want to ban Gacha Studio communities from your kids’ internet activity, the game itself is fairly harmless.

Are you a Gachaverse fan? What tips and tricks do you have for the RPG mode? What’s the latest and best game with the Gacha Studio? Do you have any tips for fellow parents regarding the Gacha series of games? Let us know in the comments below!