* For reference, The Terraria game Reviews websites are all approved, there are no viruses and malware.

* For reference, The Terraria game purchase URL is the Amazon website, please feel safe to get it. 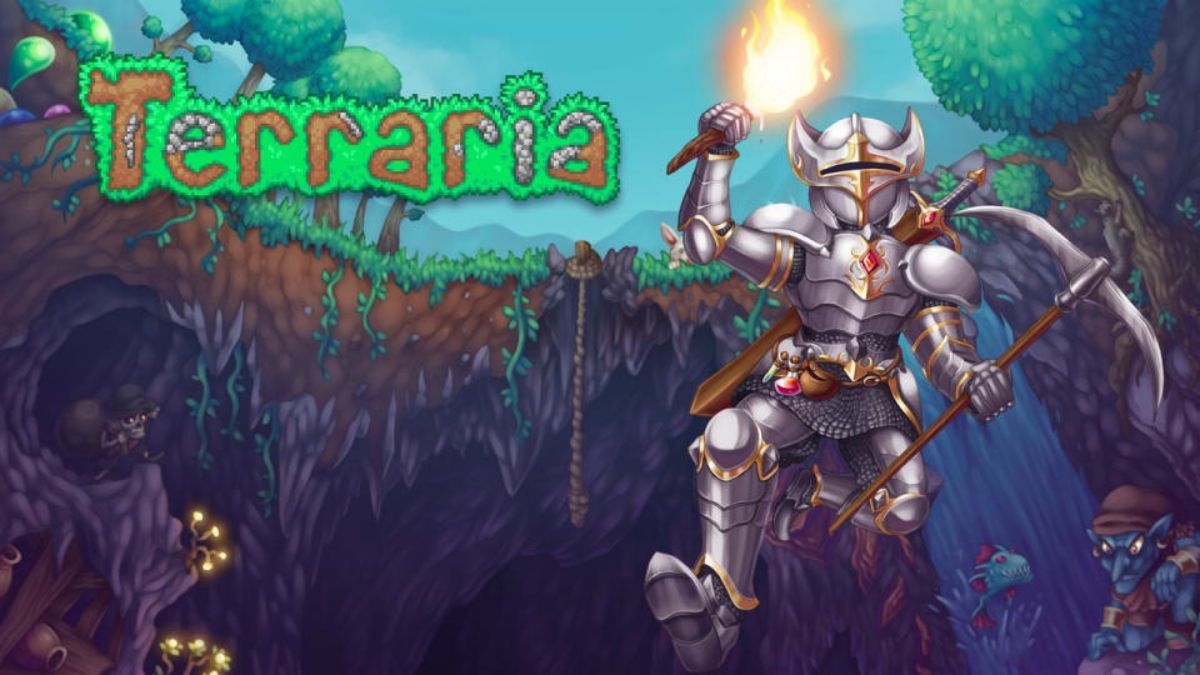 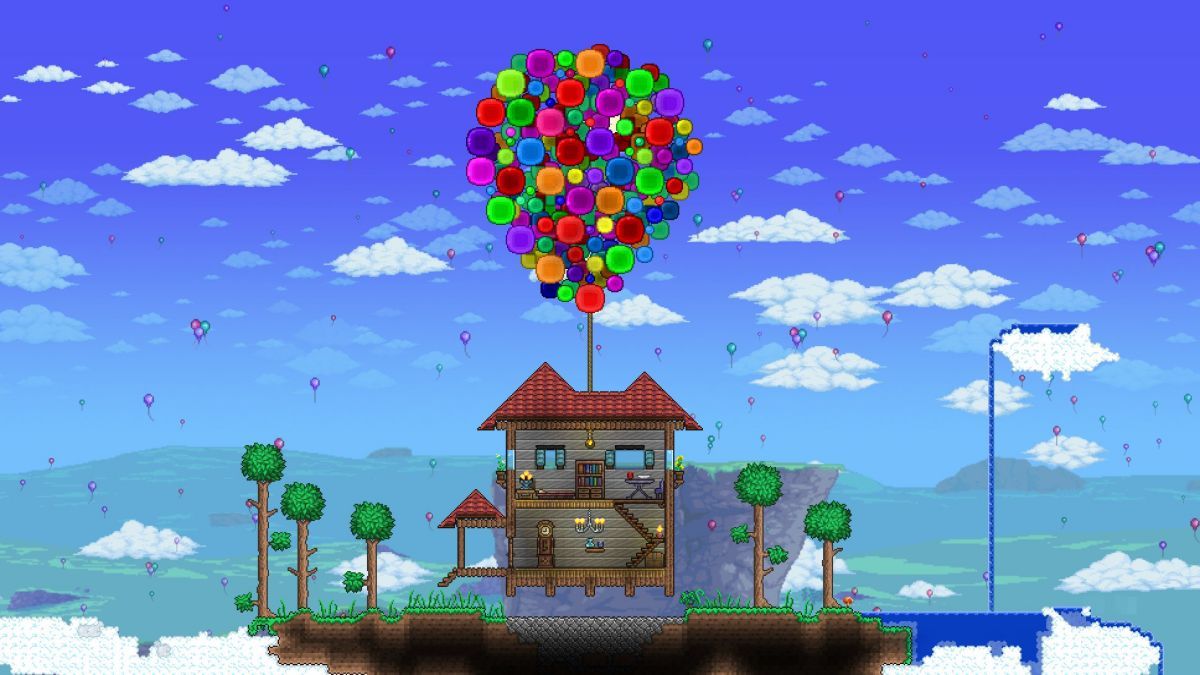 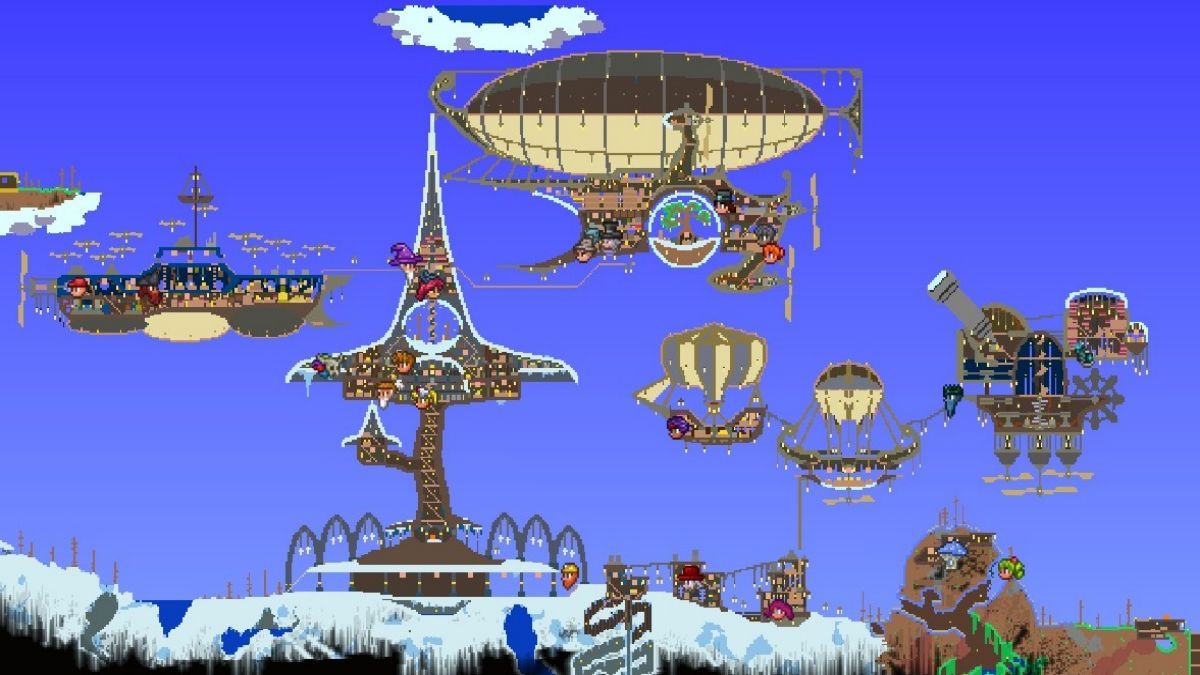 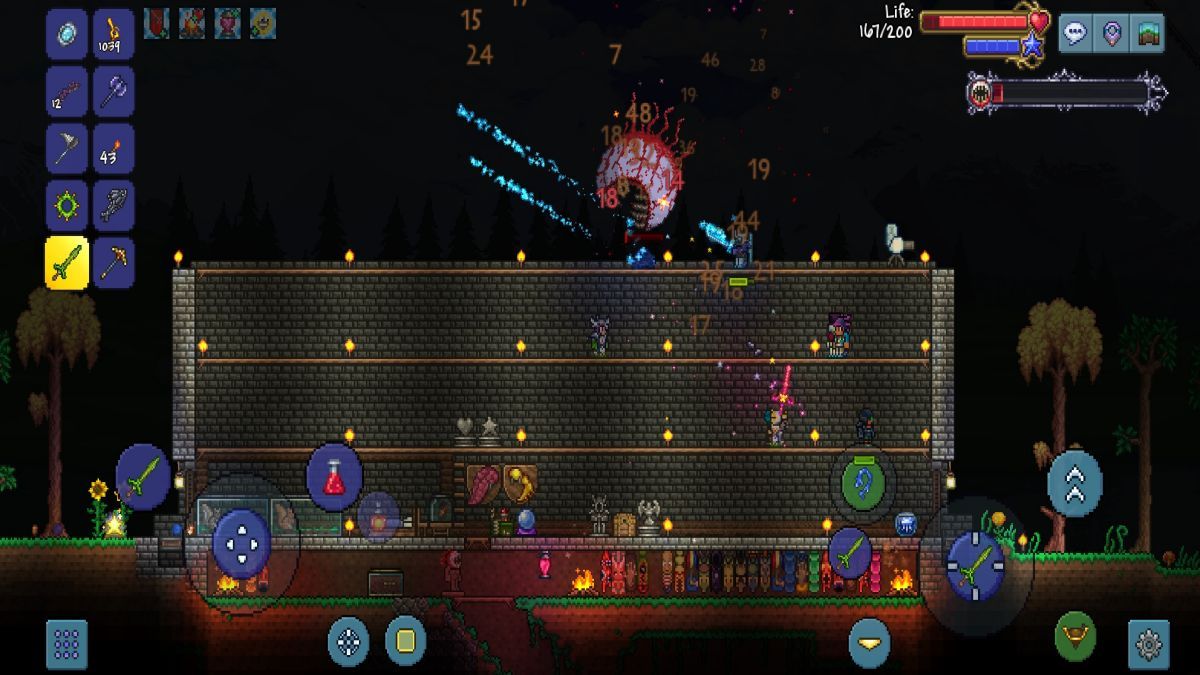 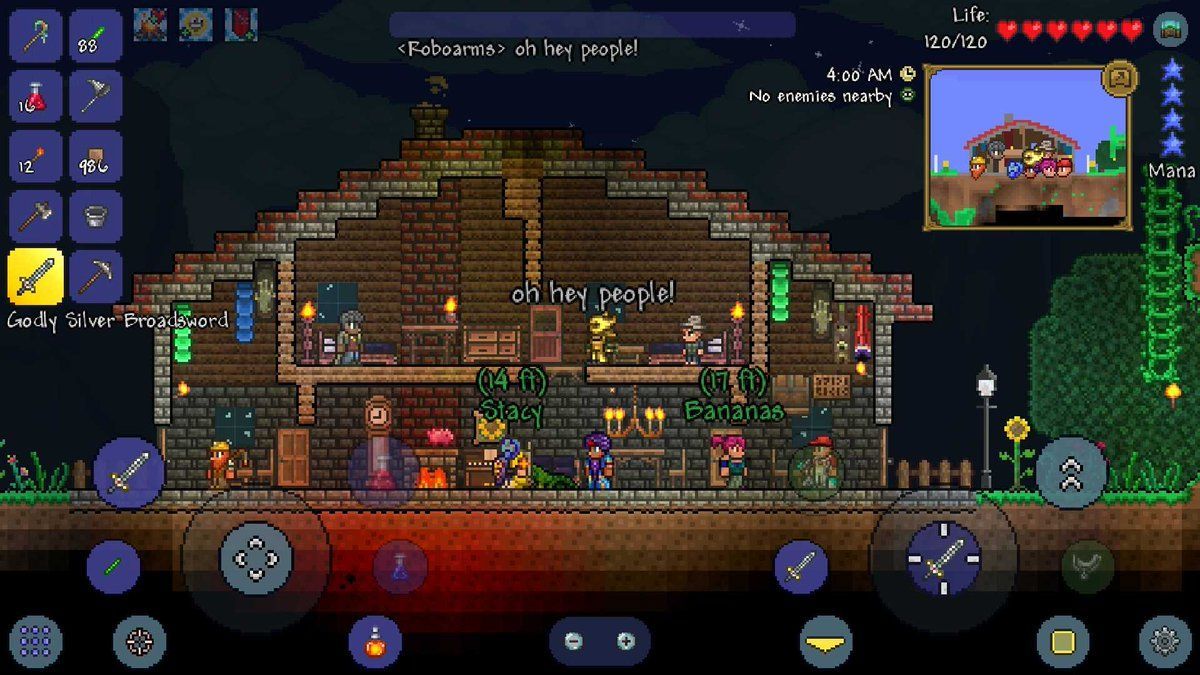 Minecraft but with more pixels to break!

If Minecraft were released in 1992, it would look somewhat like Terraria. However, the latter comes with its own little twists.

At first, Terraria looks like your regular classic platformers. Mix a bit of the Super Mario Bros. aesthetic with Castlevania-style combat and that could be Terraria for you. I know those were probably not the best examples I could come up with, but I'm sure you begin to see the picture.

However, this game is much more than a simple platformer, as you'll also have all those Minecraft mechanics available, which is the main talking point of this game. You can build, break, paint, and craft virtually anything with anything. I'm probably exaggerating here, but the possibilities this game provides are incredibly broad.

I really admire that, despite borrowing heavily from the best-selling game of all time, it still manages to feel like its own thing. As a matter of fact, there are some clear differences in approach between both games.

For example, Terraria has more story and, in general, a more defined direction. In Minecraft, literally "anything goes". Also, Terraria has very finite resources, whereas Minecraft is almost limitless in that regard. This last factor allows Terraria's gameplay to remain focused, meanwhile encouraging players to be creative.

But enough comparisons already! Let's judge Terraria by its own merits, and I sincerely like many things about this game.

The first praise goes to the graphics. No, it doesn't have fancy ray tracing, dynamic lighting, reflections, "God Rays", or anything of that sort. Heck, it's not even 3D. Notwithstanding, If games like Undertale and even Minecraft (there I go again!) can teach us anything is that there's more to graphics than graphical power. Aesthetical value is not dependent on power, but on how the elements in the game are modeled.

With that said, as history shows, you could definitely cope with hardware limitations (like those of the SNES) to produce compelling art. Just look at games like Chrono Trigger or Final Fantasy VI which, even as we speak, are sights to behold in terms of sprite art. Terraria follows that trend and delivers a game that's pleasant to look at while not sporting all the goodies of modern graphical technology.

And the music... Oh boy, don't even get me started on the music! This game has one of the most memorable soundtracks I've heard in ages, and it will undoubtedly withstand the test of time as one of the best OSTs of all time for sure!

The music manages to remain atmospheric but, at the same time, and for some uncanny reason, I can't manage to get it out of my head after a playing for just a few minutes! It's probably those 8-bit tones played over an orchestral soundscape that does the trick.

Anyways, now we'll move on over to the gameplay.

Terraria is a sandbox game, with action-adventure elements, that's played in a destructible procedurally generated 2D environment. The setting is drenched in rich lore packed with deities and other interesting characters.

The plot is a secondary aspect of this game, but one that you can involve yourself with if you wish. Basically, you are on a journey to take down a cult that's resolved to revive Cthulhu, a creature that arrived on Terraria with the purpose of conquering the land for itself.

After you create your sprite character, the game sets you in the world with limited tools and a non-playable character that guides you through some gameplay basics, though he's not very helpful. Nonetheless, once you spend time with the game, you'll master its main mechanics easily. By the way, you'll be able to tweak your character's looks by visiting the stylist or the clothier NPCs.

Throughout the great part of this game, you will be encouraged to explore, craft, build, paint, and fight creatures. You'd also have to ensure your own survival.

You can collect resources by breaking the tiles, which will, in turn, enable you to craft gear and build structures. Virtually every material can be put to use for your gear crafting sessions. You can make a wide variety of weapons, pieces of armor, and tools such as grappling hooks to get you from one place to another with greater ease.

A great portion of the game takes place on the surface, but you also have access to an underground passage wherein you'll encounter powerful enemies and critters. The underground is where the action-adventure facet of Terraria comes to the fore, and where it truly feels like a platformer. In addition, you get rarer materials in the underground, with which you can craft cooler equipment.

I really like how the underground serves to break the game's monotony. Whereas other sandbox games will mostly deliver a generic playground for foraging or exploring, Terraria's underground level feels as if you were drawn into a wholly different game.

There is a settlement-building aspect of this game that's not spelled out from the beginning. You would only be aware from the start that you can build shacks or towering complexes, but there's more to this feature than what appears at first sight. For example, if you set up rooms with proper furniture and lighting, you'll attract NPCs that can offer useful services and goods.

Finally, you can increase the difficulty of the game by choosing between "Expert" and "Master" modes. In return, you get more exclusive items. You may also try out "Journey" mode, in which you can duplicate items and control the weather, among other stuff.

In short, Terraria is a must-own for fans of sandbox and platform games alike. It's an all-encompassing experience that I believe no one should miss out on. It's also at a bargain price on Steam right now!

Did you enjoy this review, Terrarian? Let me know in the commentary box below!

Great
The open sandbox game like terraria is to explore simulated business battles. The content and skills of the game need to be explored by the player, instead of letting the system put the method in front of you and let you do it step by step. Speaking of being unfriendly to novices, powerful technologies are all exchanged for time, so you must play seriously to find the real fun of terraria!