Need for Speed No Limits

* For reference, The Need for Speed No Limits game Reviews websites are all approved, there are no viruses and malware. 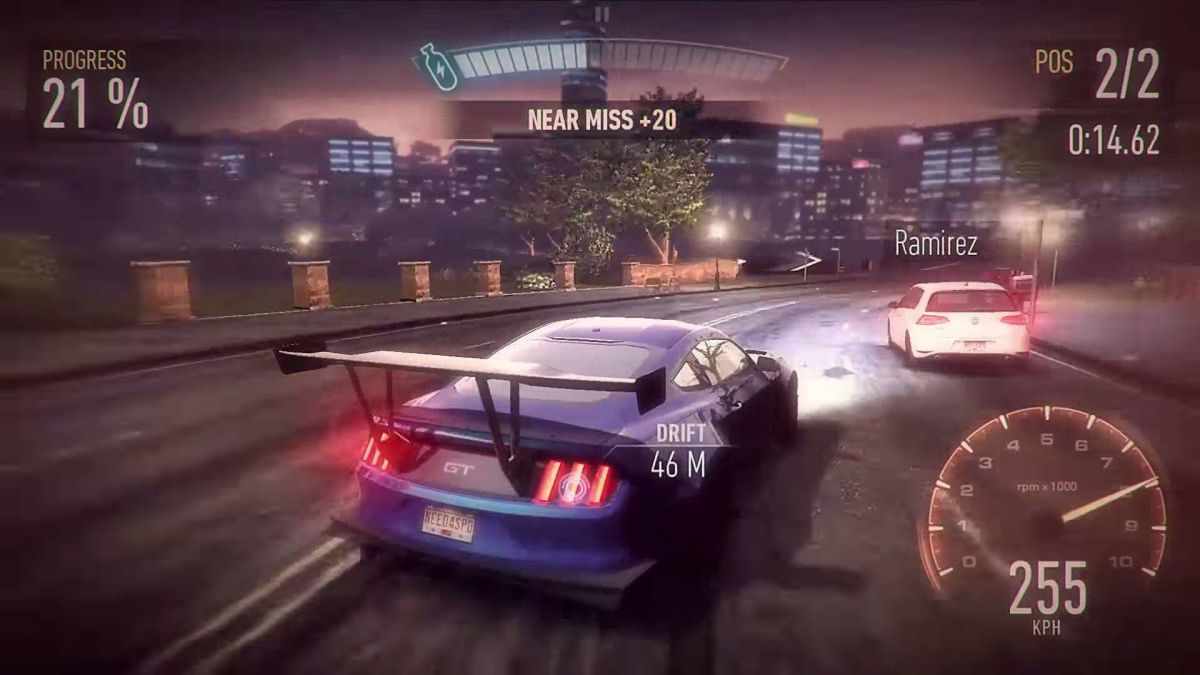 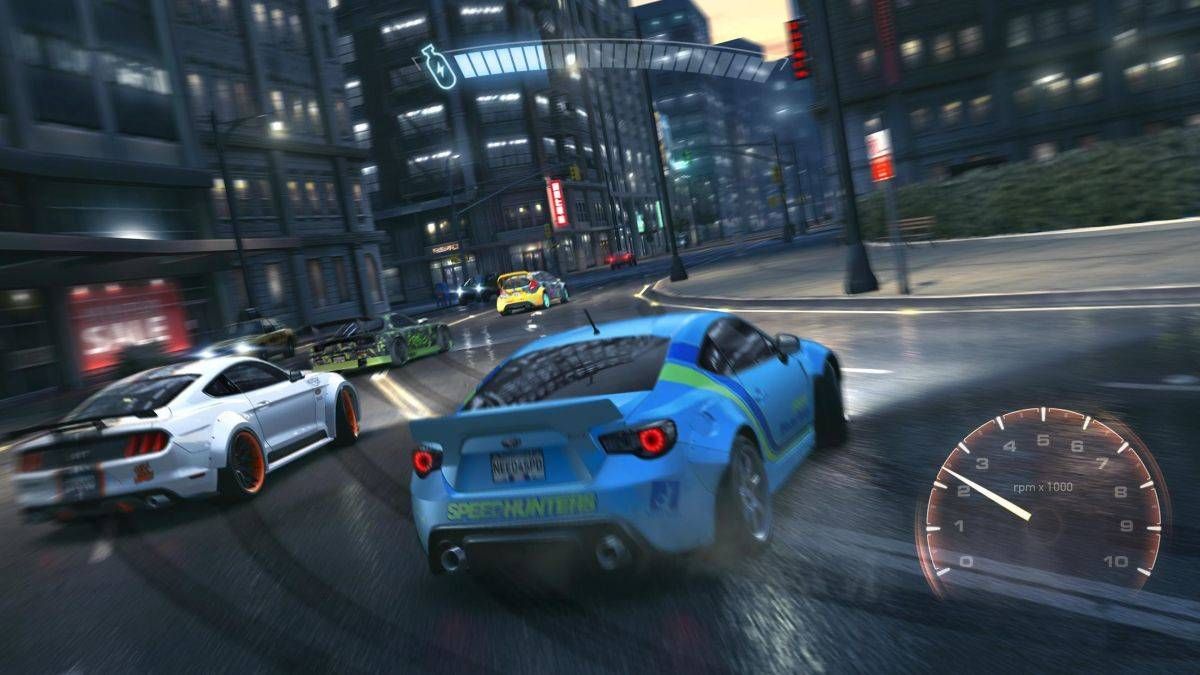 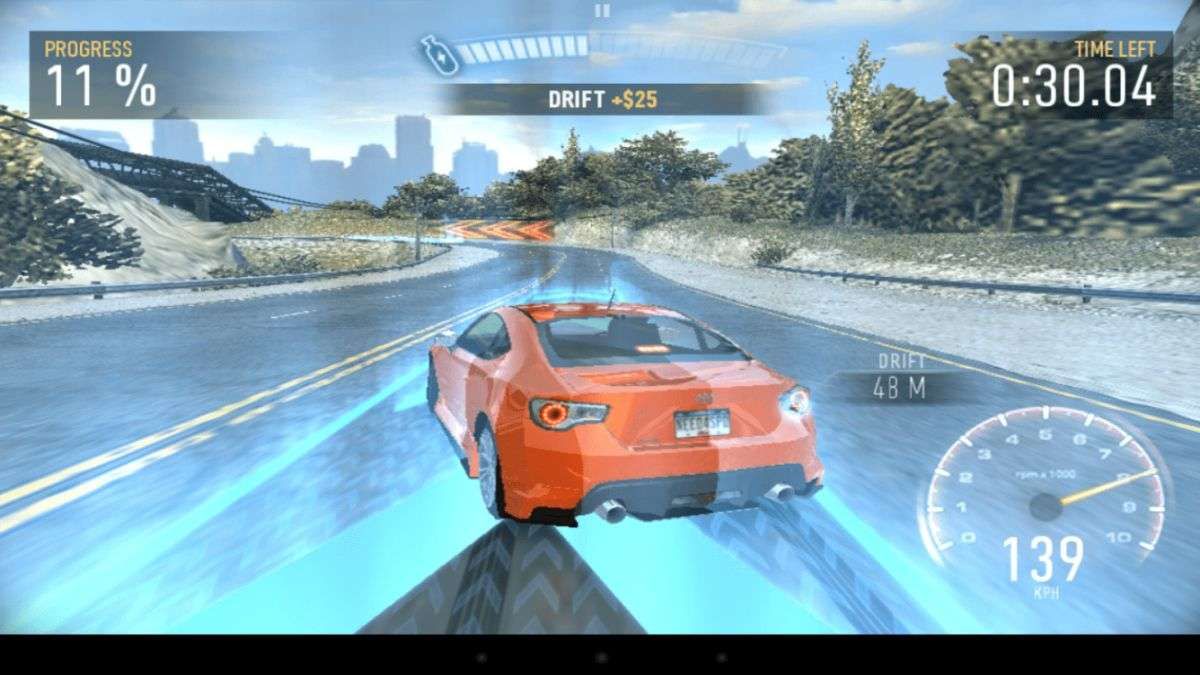 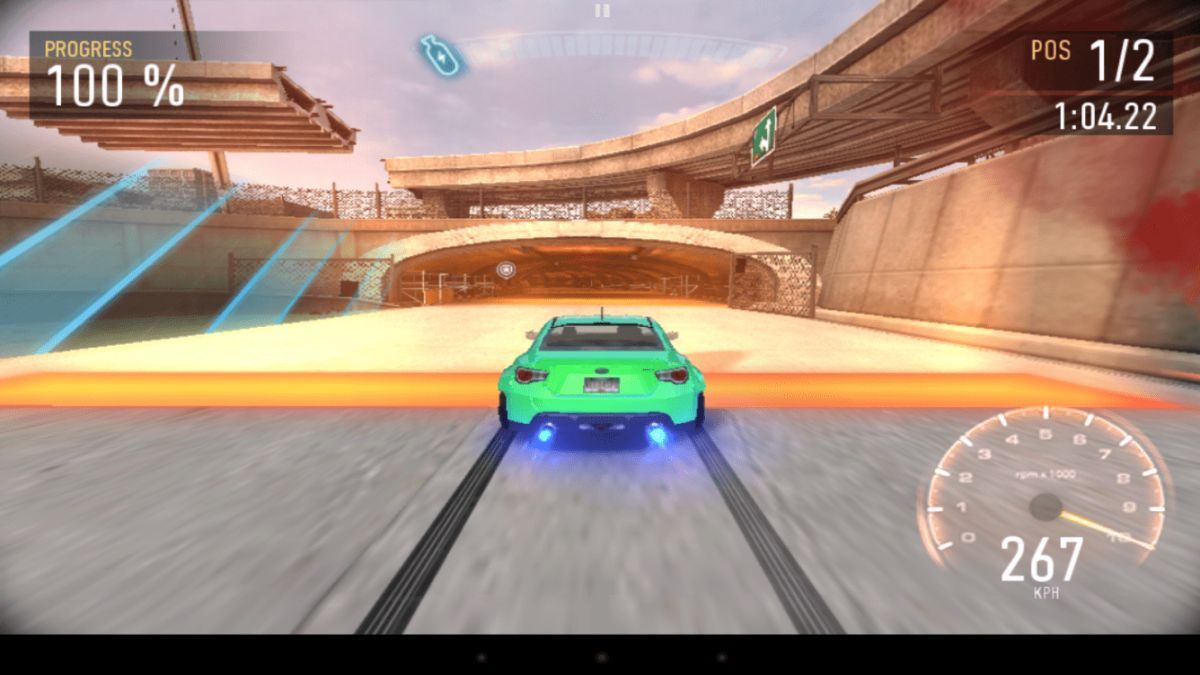 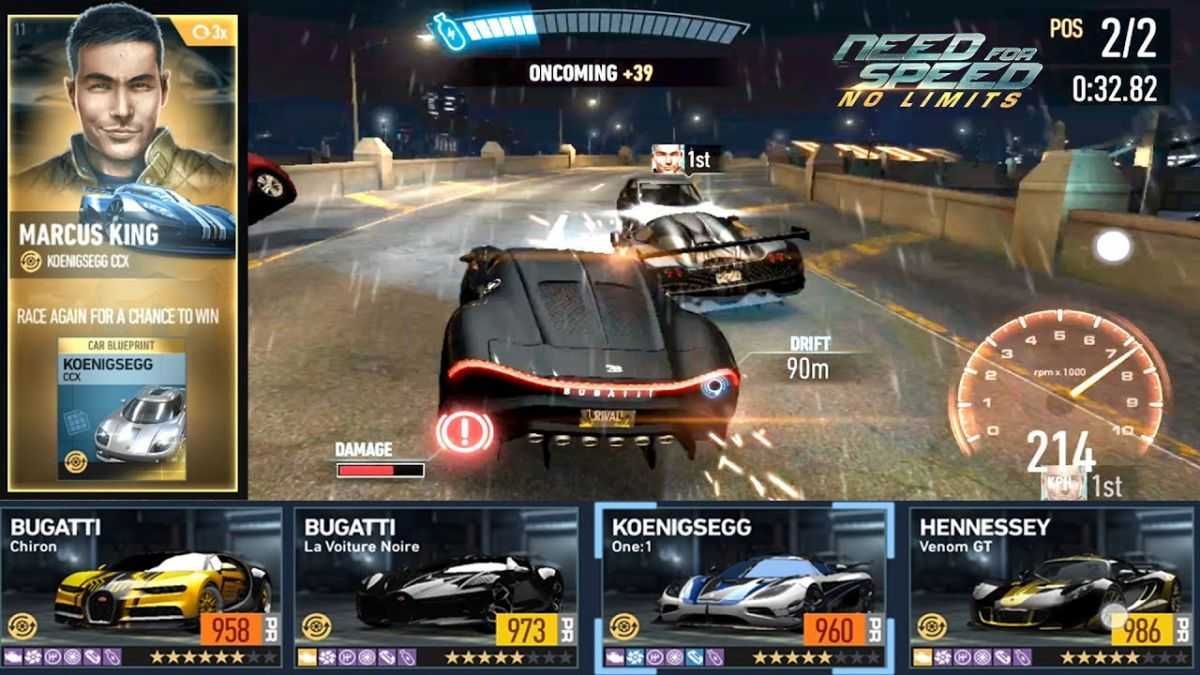 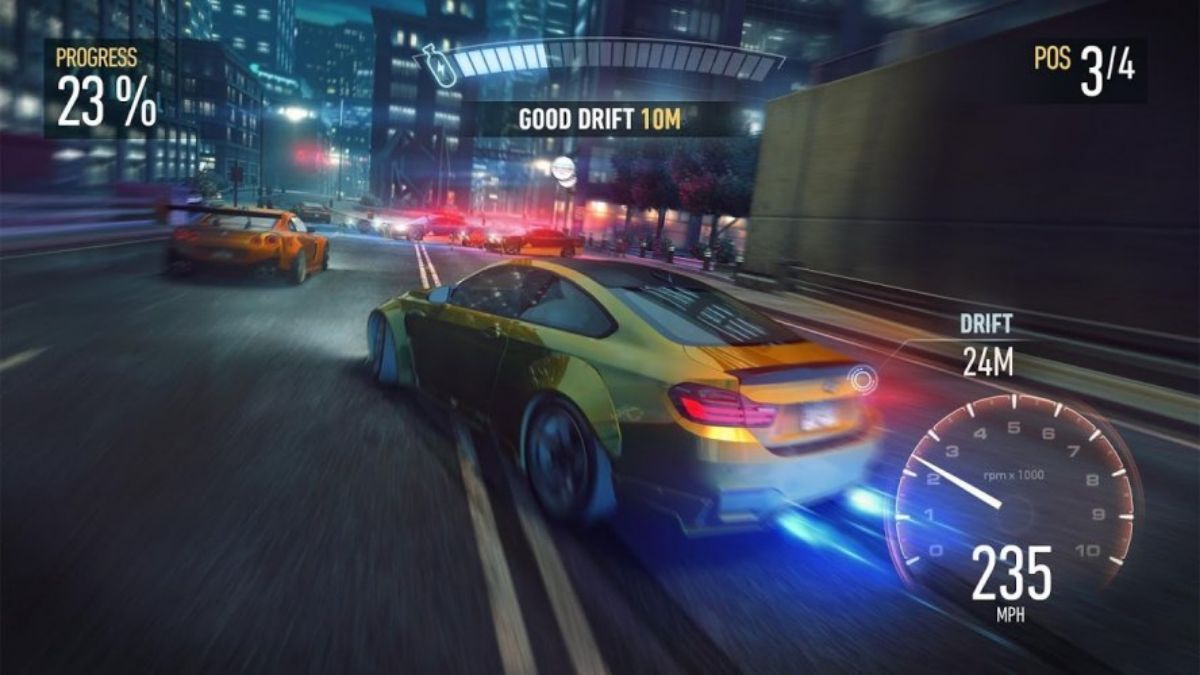 Top up your adrenaline level to the max and drive not so safely in this decent mobile Need for Speed release!

For once, I’m capable of saying that EA (Electronic Arts, for the extremely uninitiated) has launched a game that didn’t utterly disappoint me. Perhaps I managed my expectations better this time around, but EA is one of those video game companies that you keep going back to only to be left feeling cheated virtually every single time, so I was a bit surprised, and mildly pleasantly so.

Well, I must clarify that EA did not actually develop this game. That task was carried out by Firemonkeys Studios and EA simply packaged it and offered it to the public. Still, this shouldn’t exempt EA from any liability.

Need for Speed: No Limits (yeah, right!) is not the best mobile game I’ve ever played. In fact, I’m still not sure whether it’s the best mobile racing game on the market. Nevertheless, it’s a nice enough game for mobile standards, albeit with some evident flaws that are hard to miss.

For example, the AI is a bit on the clunky side, and cops don’t feel threatening at all unless you get perhaps more than three police cars on your behind. Also, AI racers lack environmental awareness in a myriad of situations and they have a hard time doing anything other than activating nitro here and there.

But my biggest gripe with this game has to do with the mechanics and the incredibly insulting lack of a brake mechanism. Who doesn’t put brakes on a racing game? This should be a condemnable gaming heresy punishable by the harshest penalties!

Still, for some weird reason, this game manages to get addictive! I’m not able to put my finger on what exactly makes it so. Perhaps it’s the expansive number of car models you’ll be able to play with. It might be the beautiful graphics, which makes sense as this was made by the same guys who developed Real Racing 3, and that one was such a huge piece of eye candy that it felt like Halloween all over again!

If you feel that you won’t manage to stop playing this game, then don’t worry, for EA has got you covered! How, you may ask? Well, by doing what EA does best, which is building a huge, bloated, gargantuan paywall! So much so, that this game should be called “Need for Speed: Perhaps Some Limits”.

This time around, EA took advantage of the game’s very premise (driving cars) to let you know that you need to “refill your gas tank”(fuel system) once in a while to continue racing. Fortunately, your cars will eventually refill themselves after a relatively long while, but you’ll probably be tempted to purchase a few gallons with real-life money.

Now, you already know how I feel about these types of monetization tactics. Regardless, as strange as this may sound, EA had managed to “put the brakes” (pun fully intended) on their traditional greedy microtransactions machinery, a feat that I applaud. Ok, so not exactly! It does get heavily “cash-grabby” in some places (for example, in certain events wherein you’ll feel terribly underpowered) and the dreadful matchmaking doesn’t help matters, either.

Before I move on to talk about the gameplay proper, it bears pointing out that this game is supposed to have some sort of “story”. Stories are not exactly a forte in racing games, let alone mobile racing games. Not shockingly, this game’s story Is not “award-winning” material by any stretch, nor did I really care much about it. I assume that you won’t either, though perhaps you’ll find it enticing so who knows?

Need for Speed: No Limits (NFS No Limits) is a mobile racing game that focuses on street racing while avoiding law enforcement, just like most other games in the franchise.

You’d also have the chance to enroll in time-limited special events, for which you’ll have a special car loaned. This special car would be added to your garage as a reward for completing the event before the timer runs out.

The cars you obtain during gameplay – with the exception of unique cars that you earn from events - can be customized in various ways. You’ll be able to choose between various paint jobs, wheels, widebody kits, body-kits, and wraps. You can also boost their stats and performance perks.

Gold is the game’s premium currency, which you can earn by completing assignments such as doing a specific number of races across the different game modes and performing various stunts. The gold you earn can be exchanged for premium crates and car upgrades. The amount of gold you earn is peculiarly scarce but not impossible to accrue for significant purchases.

The game’s controls are rather straightforward. In fact, you will not see any accelerator or brake pedals, nor any semblance of a steering wheel. Instead, the car always remains in full acceleration, and you’d have to turn it by tapping the left and right sides of your screen. The nitrous mechanism is triggered by swiping up, and you drift around the corners by swiping down.

Understandably, this control scheme may underwhelm a lot of players accustomed to having relatively full control over their vehicles. What’s more, Need for Speed games were known for featuring very intricate driving mechanics.  In this instance, you will feel as if you’re driving the same car every time, with little traction to keep you grounded.

Moreover, the races last over 30 seconds, so they feel rather short. This may stem from the game’s graphical power and the need to fit all those resources into a cramped mobile storage space, though I find that this hampers immersion significantly. On a positive note, shorter races may definitely be considered a pro rather than a con once we take into account the ironic gameplay limitations that the game suffers from.

Need for Speed: No Limits has more limits than what the title claims, but you may still enjoy some fun quick races on the go. I would just advise that you don’t get too competitive with this game, as that facet of gameplay is guaranteed to lead you into sheer frustration and disappointment. In fact, I would be wary about spending any amount of real-life money on this game and would just focus on the free-to-play aspects if I were you.

How about you? Have you experienced your first 30-second escapade yet? Let me know in the comments section below!