* For reference, The slither.io game Reviews websites are all approved, there are no viruses and malware. 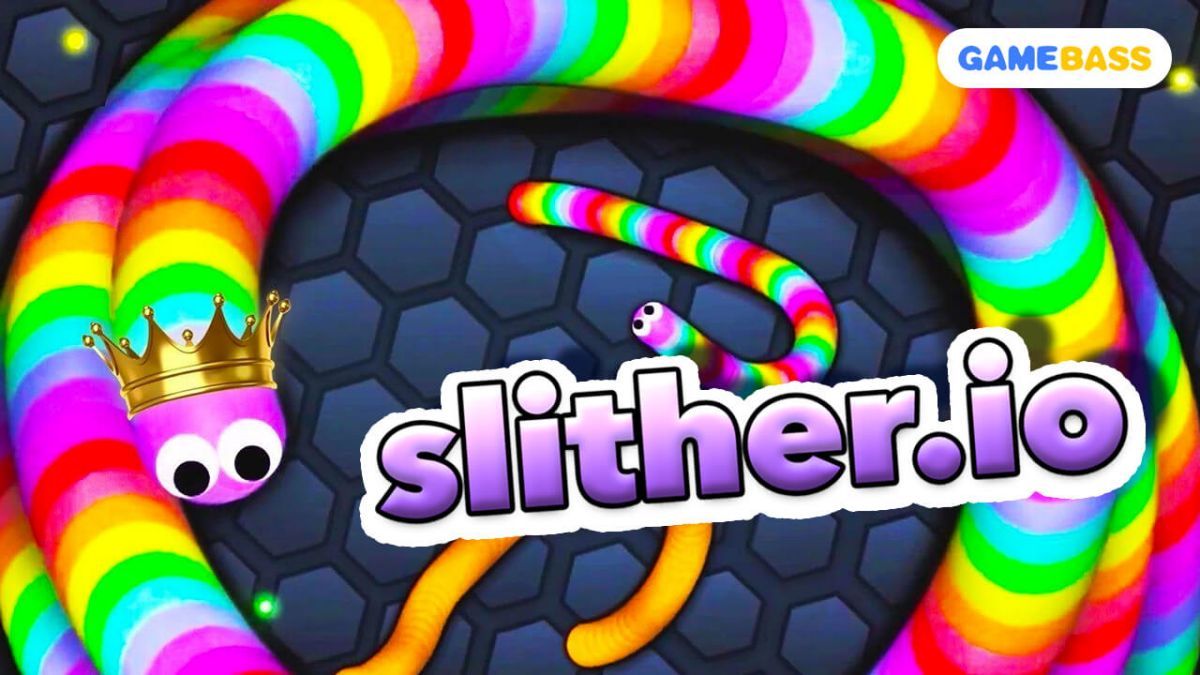 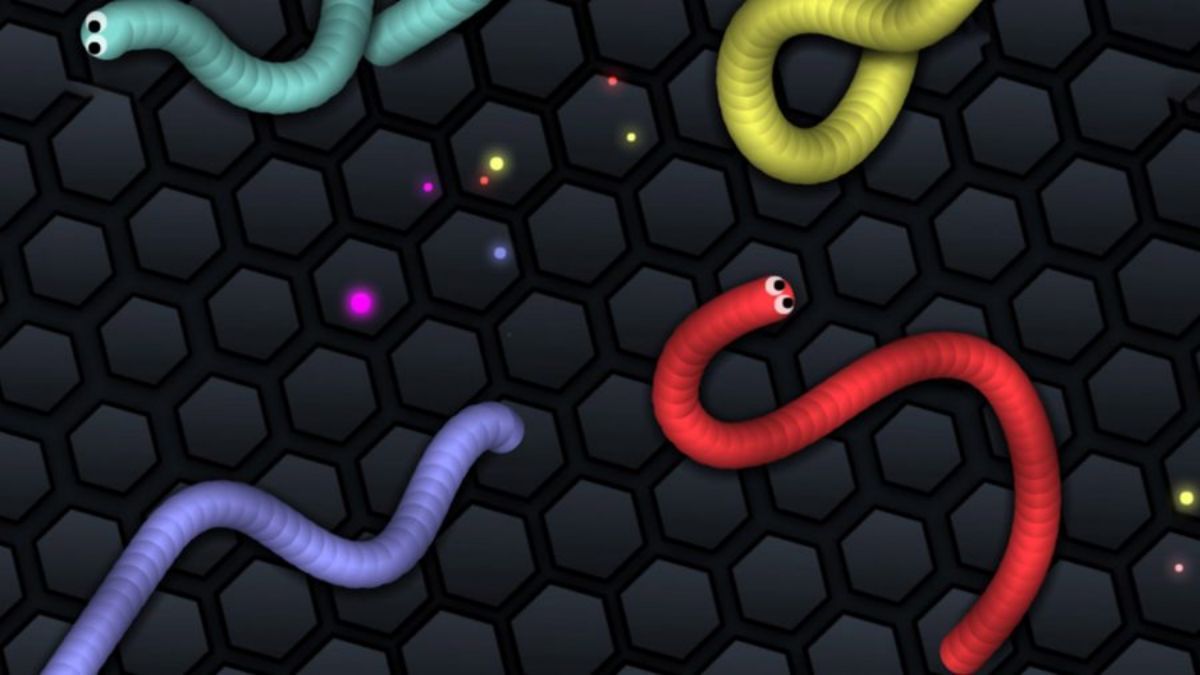 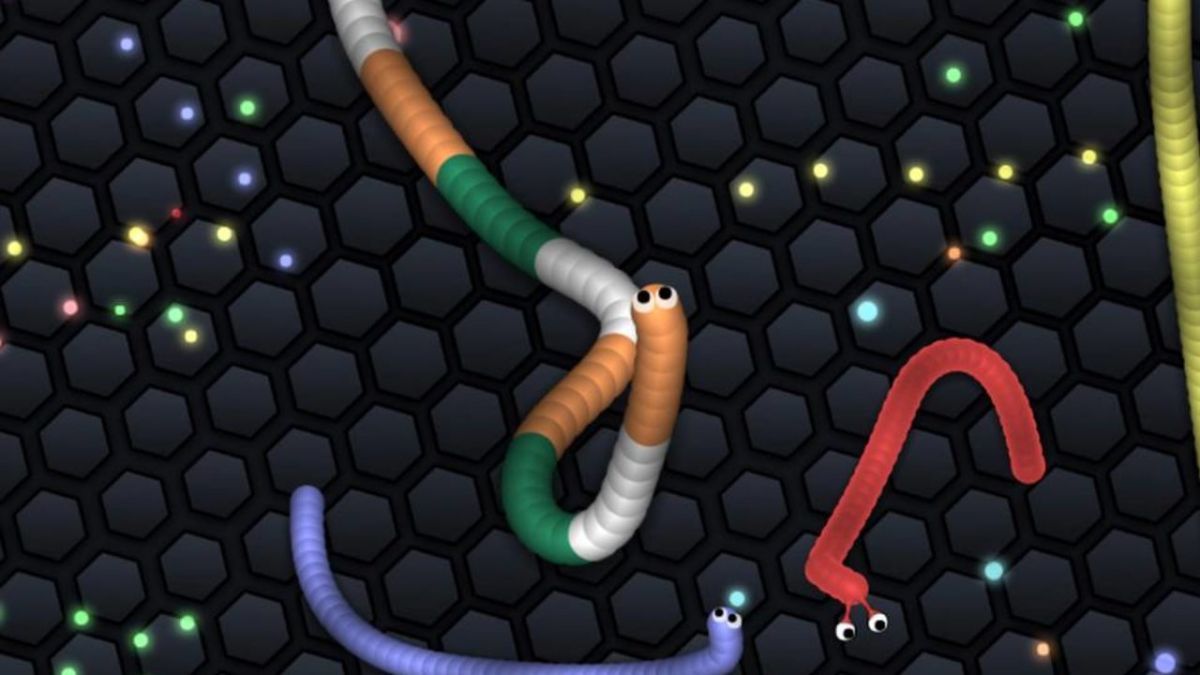 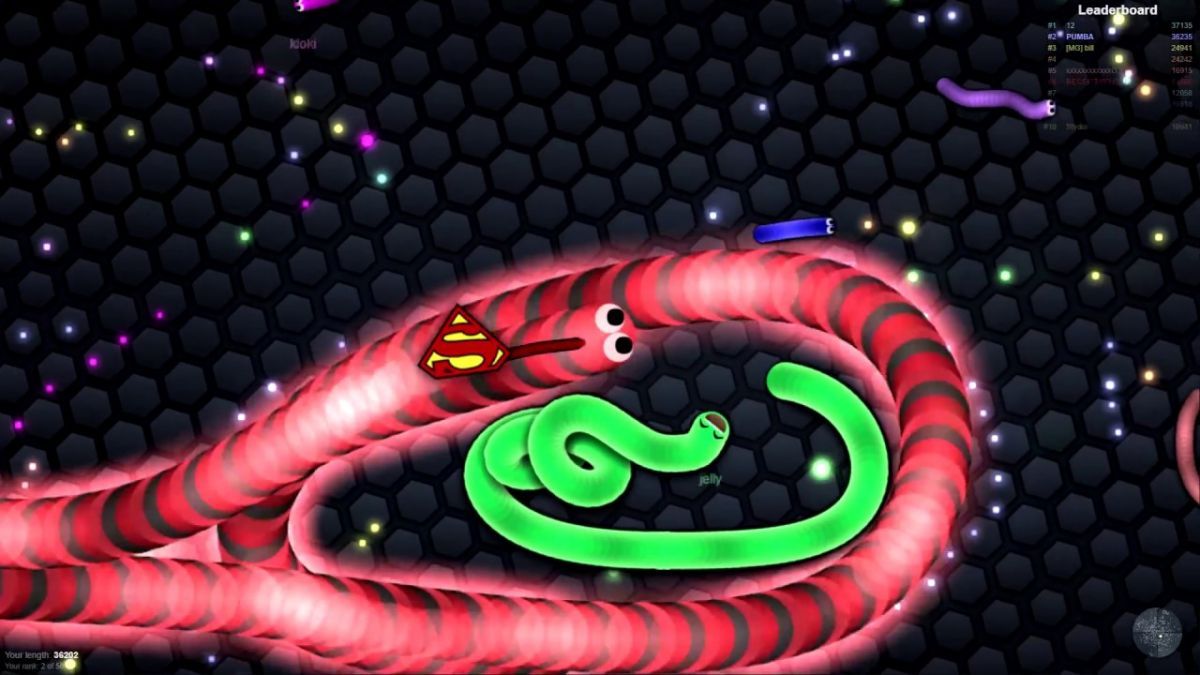 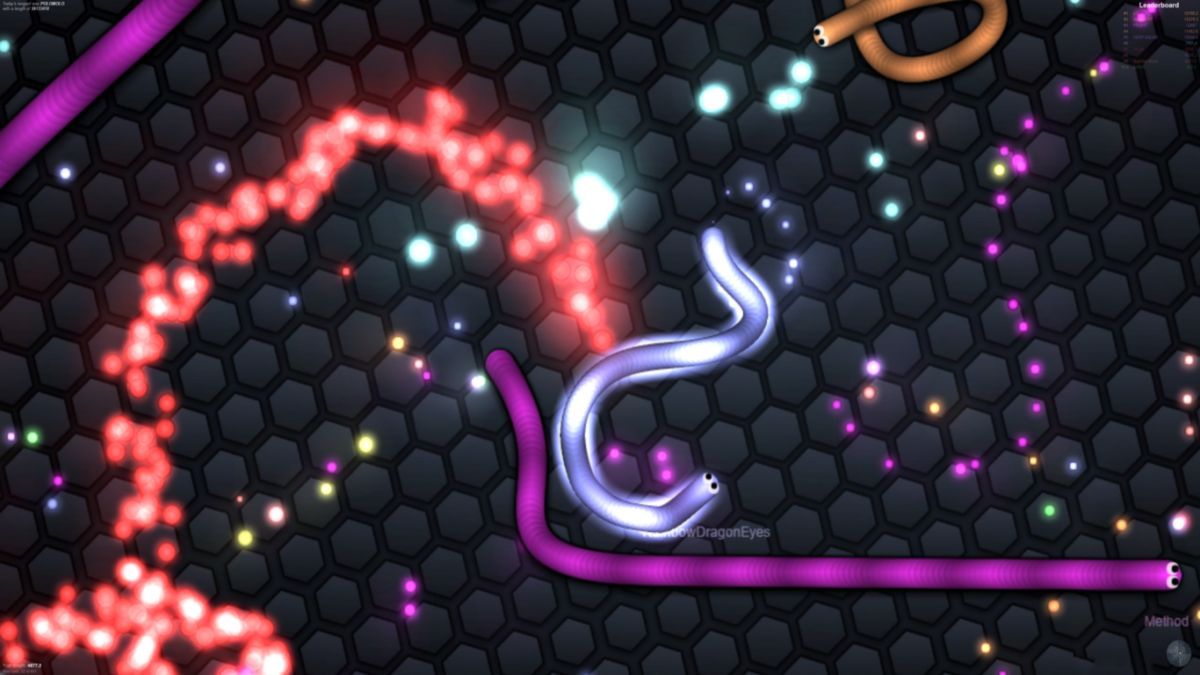 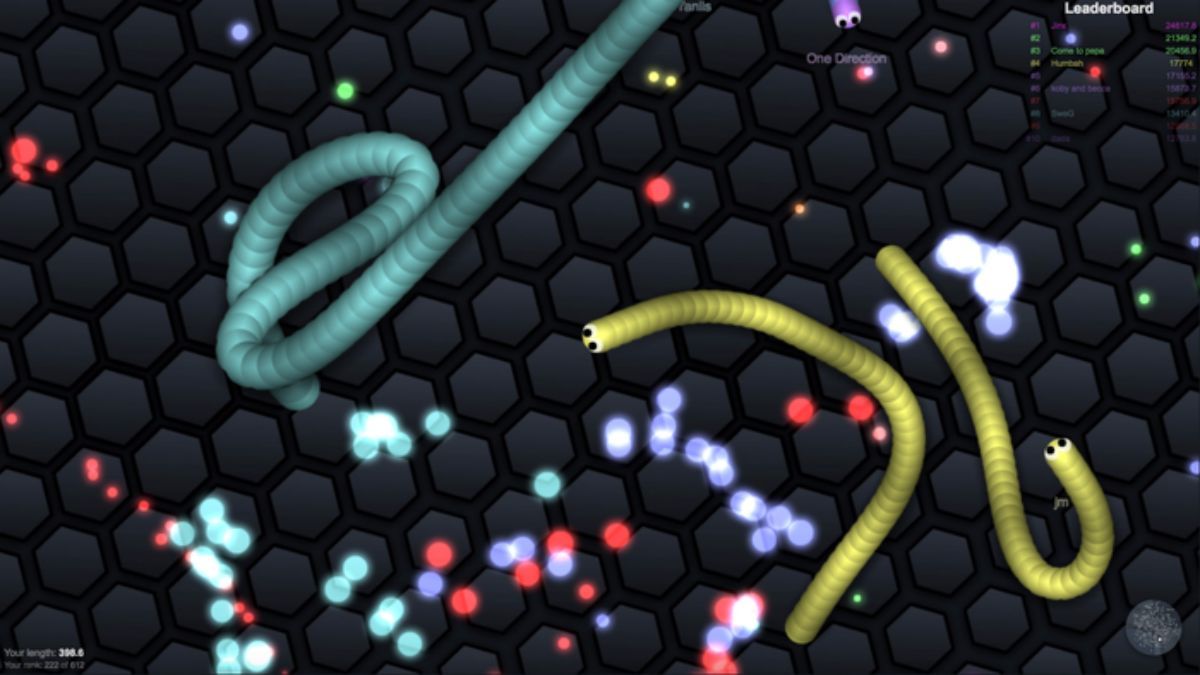 Slither your way to become the biggest snake on the board in Slither.Io by eating pellets.

Slither.io starts with a small snake in a large map filled with other snakes. On the starting page, you can name your own snake, change the snake’s skin and choose how to play. You can play with other people all around the world online, or play against artificial intelligence. With Play Against A.I. you do not have to have Internet access. Both game options have a maximum of 500 snakes on the map. There are plenty of chances for you to collect big yummy pellets to grow big and long.

At settings, you can choose how to direct your snake. There’s the Arrow mode, where there will be an arrow pointing at the direction that it is going. Classic mode has no arrow, the snake moves to where your finger is. For both Arrow Mode and Classic Mode, you tap on the screen twice to give snake a speed boost. In Joystick Mode, the left circle button is the directional virtual joystick, and you tap on the right arrow up button for speed boost. Once you are comfortable with how to direct your snake around, you can start hunting for food. In Slither.io, all you have to do is feed your snake and avoid hitting things.

There is no currency in Slither.io, because there is nothing to buy in the game. You can change your snake’s skin on the bottom left corner. There are 16 default skins you can pick from in the game, but you can create your own to look unique. To customize your own slither snake, tap on the Build A Slither on the bottom right. You can choose from a selection of colors and patterns to have your own custom snake.

The map in Slither.io is large, but there are 300 to 500 snakes in here trying to be the top Slither in the game. If you hit the border, you will automatically die and turn into shiny pellets for other snakes. Pellets will appear everywhere on the map for you to eat and grow. There are different sizes of pellets and they make you grow longer. Smallest pellets give you 1 point in the growth, while larger ones can give you 3 mass or points.

A snake will die when it hits the map border or another snake, and they will turn into a mass of shining pellets. Eat those pellets to grow bigger and longer faster, because they give you more growth points. Shining pellets that float away when you go near will give you 5 points when you manage to eat it. Usually, you will have to boost your speed to catch up to it. The pellet will avoid going near any snakes and will move away when any snakes are around. When you use the booster, you will lose small amounts of pellets. The longer you use your booster speed, the more pellets you drop for other snakes to eat.

While the main objective in Slither.Io is to eat pellets and grow long, you also have to avoid hitting snakes and borders. The bigger you are, the more shining mass pellets you will drop when you die. Hence, plenty of snakes will try to make you collide against their body by rushing up to your head before turning away. If you hit any part of a different snake, you will die and turn into snake food.

On the top right corner is the leaderboard for the map that you are in. On the bottom left is your snake’s weight and where you are at on the rankings. At the start, your main aim is to survive long enough to grow bigger. You can do this by staying out of every snake’s way in the corner somewhere. Once you are big enough to take on the big snakes, time to move towards the center.

If you see a big snake, you have 2 options: run away or try to make it collide with you. Big snakes are long, but they are still quick moving. Sometimes it is a game of nerves as you go head to head with an enemy snake, a wrong turn will turn the unfortunate snake into a mass of shining pellets. But when you manage to win against an enemy snake and eat their pellets, you can grow bigger quicker.

To kill other snakes, you have to make them collide with you head on. A popular way is to circle around your target snake and coil around it in a loop until it hits your body. You can keep going around in circles, because you can touch your own body without any harm. Other snakes can do that to you as well, so you have to make sure to escape any snakes before they coil you in a loop. You can try to do a tight coil, and hopefully the bigger snake decides to target other prey and leave.

Another popular method to get up the leaderboard is by catching other players unaware by rushing past them and then slowing down. If the snake does not turn away quick enough, it will hit you can lap on the tasty shiny pellets later. The safer method is to grow slowly by collecting pellets in a quiet corner of the map, and then travel to the center to face off with the big snakes and go up the leaderboard.

In Slither.io, your aim is to eat pellets, grow big and take the lead on the leaderboard. As snakes die, you will move up the board because smaller snakes join in the map. It takes guile and patience to become the top snake in the game. Beware of snakes that are rushing towards you, because they might just be hungry enough to have you for lunch. Share your high score in the comment area below so that more people will like the game.