* For reference, The Bad Piggies game Reviews websites are all approved, there are no viruses and malware. 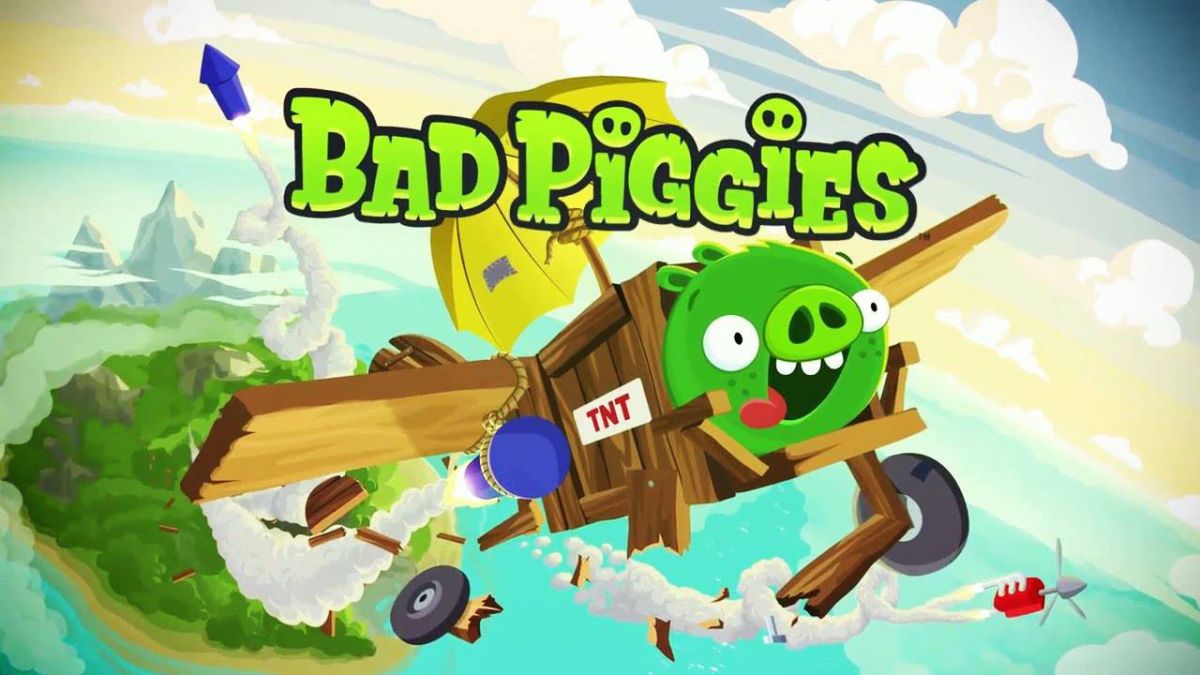 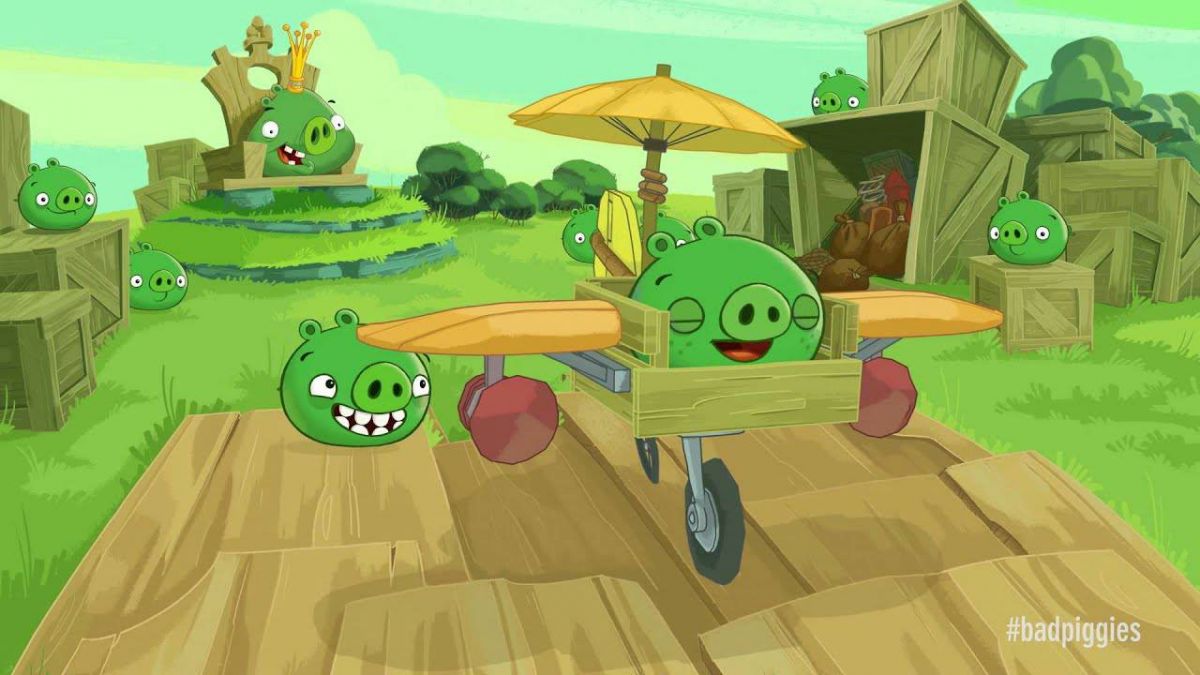 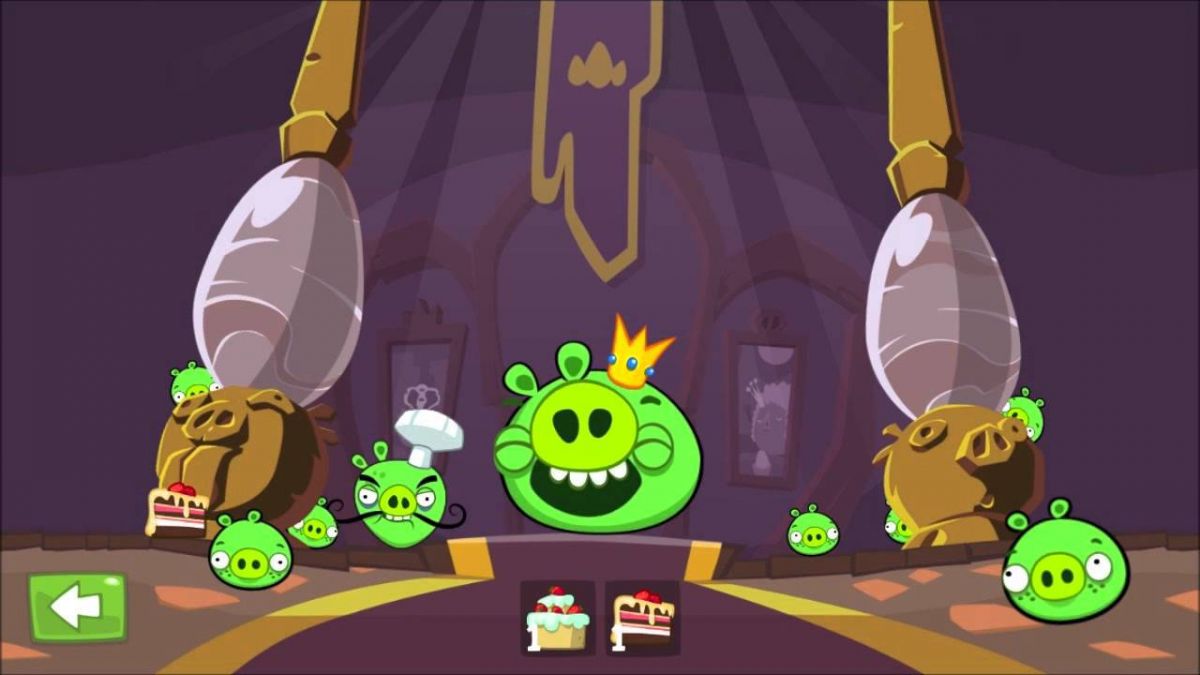 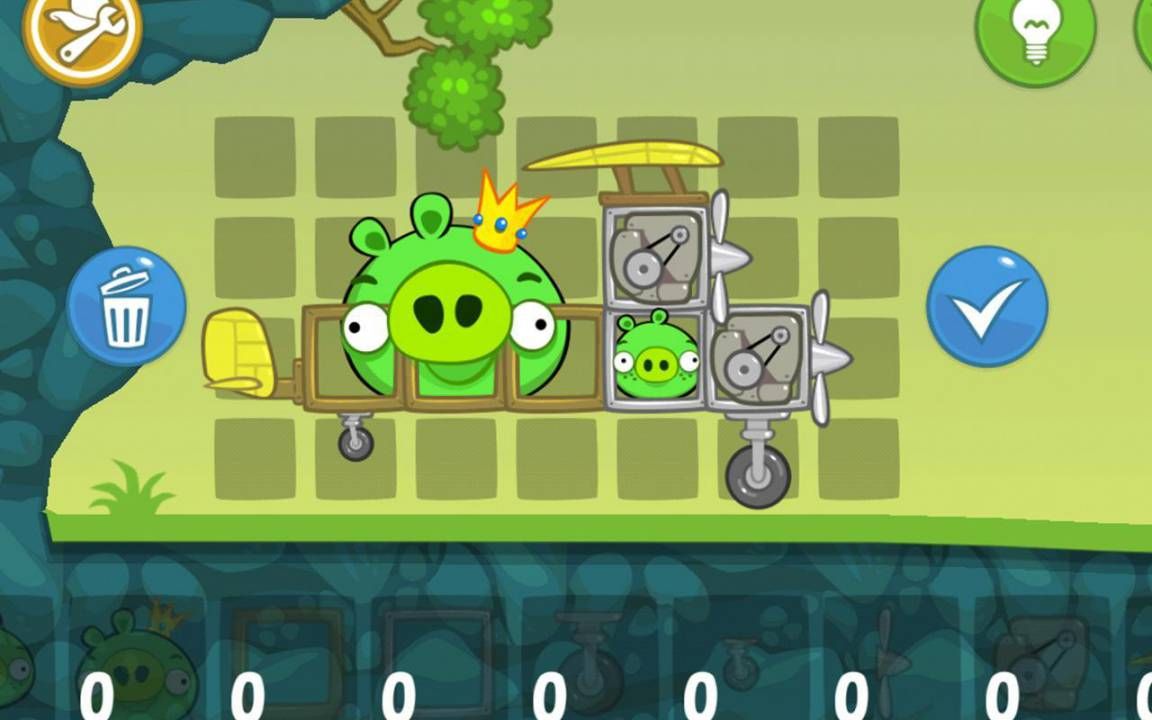 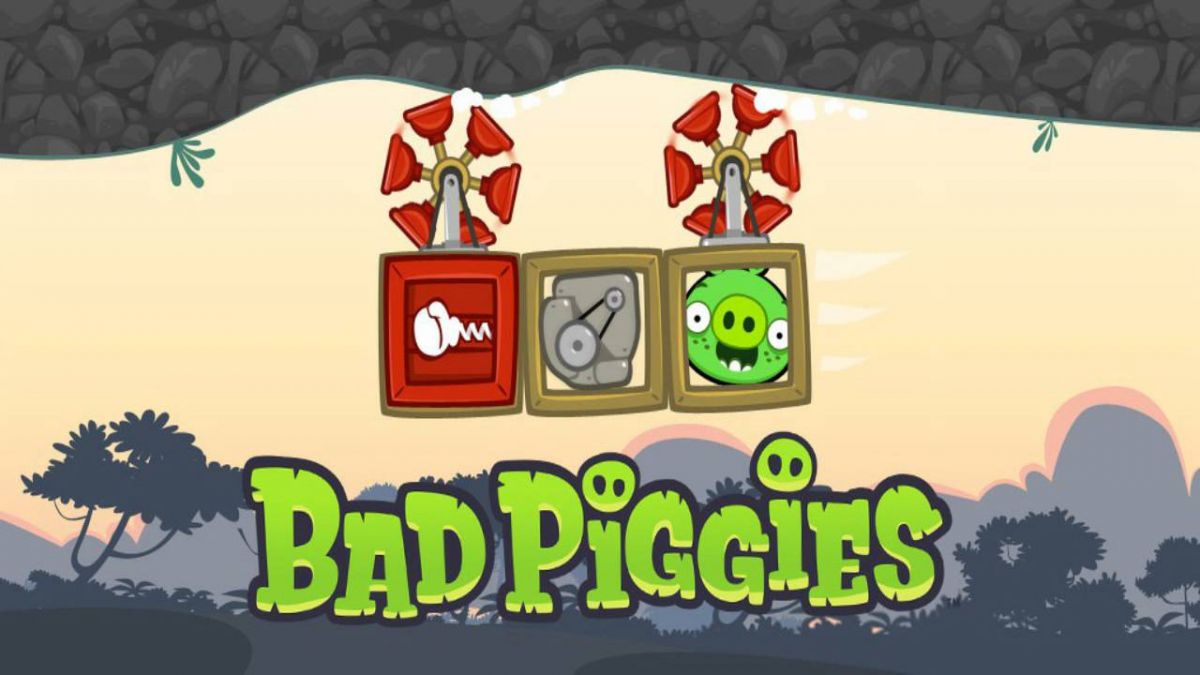 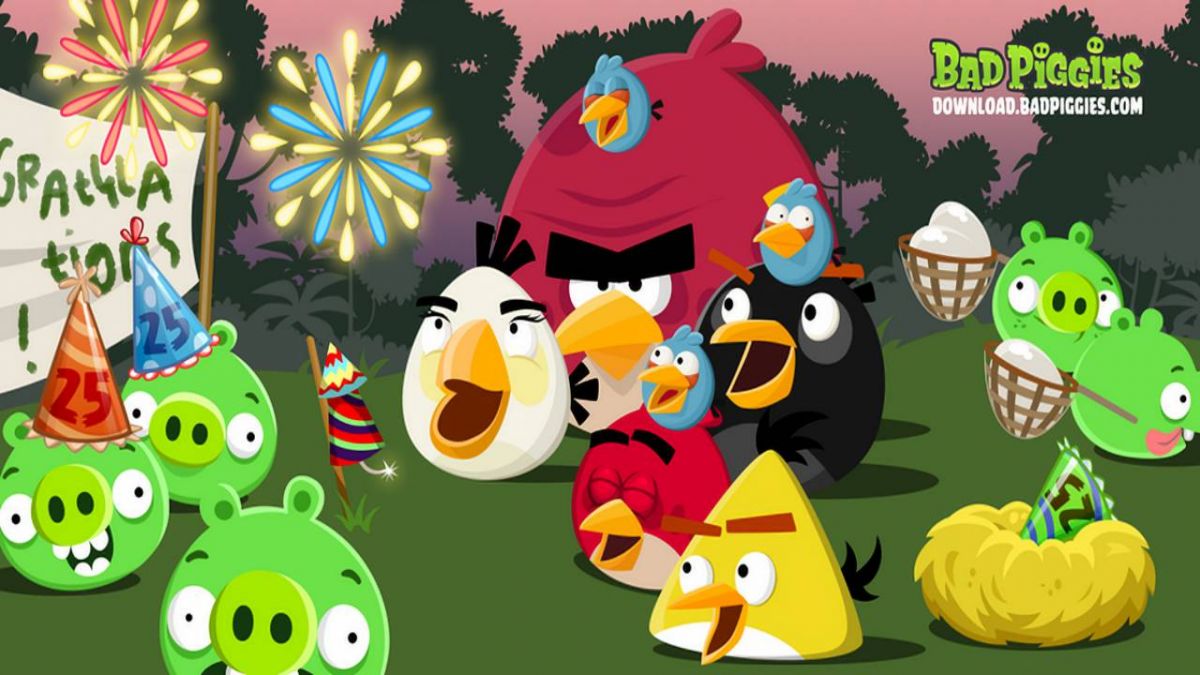 Now you can play as the "bad guys" in this eternal struggle between birds and pigs!

Who would have thought that we would see birds fighting pigs? Well, before 2009, that may have been seen as a very uncanny idea, but now it's a given!

I'm sure many of you remember how this all started. Finnish game company Rovio Entertainment knew exactly how to captivate the then-nascent mobile market, as proven by the release of the first Angry Birds game and the exceptional attention garnered from critics and users alike. This was, in great part, owed to that game's particularly comical design and its addictive slingshot puzzle mechanics.

Over the last decade, this incredible success spawned a successive line of Angry Birds titles and spin-offs. One of these spin-offs, "Bad Piggies" - which is presumably a prequel to the events (for lack of a better word) portrayed in the first game - is one of these spin-offs and the first from the franchise. In this instance, you'll get to know the history behind the conflict between our beaked friends and their porcine enemies.

However, if you are a type of lore addict, this game is not poised to give so much of a grand narrative. All you'll find is a story of some pigs stealing some eggs. And yes, the piggies, while mean, are still quite adorable!

The lore is just an excuse to give some semblance of purpose to your playthrough but, in reality, you could play this game in the same manner as you would pinball or any other plotless game in existence. The gameplay is the star of the show here, and virtually nothing could beat Rovio in this regard.

However, this is not the slingshot frenzy we've been accustomed to. In fact, this game has nothing to do with Angry Bird in terms of gameplay. This time around, gameplay centers on crafting some vehicles and seeing how they work on the map. It's as straightforward as can be, though that doesn't mean that it's devoid of challenges.

Just like with the mainline games, this game's mechanics pass the "mom test" (no offense to anyone's mom), meaning that everyone can begin to play it without having to memorize a phonebook-sized manual. Still, it does require a good dose of strategy (it's still a puzzle game, after all).

Rovio, while almost completely straying from the classic formula, still managed to deliver gameplay that essentially matched the original in terms of creativity and quality. You will most probably not miss the slingshot while playing this game, though it's a question of personal preference. The important thing to notice is that Rovio is not bound to the original game's mechanics and is capable of offering assorted ways to make their games fun.

There is a small caveat here. While the game does incentivize creativity, don't think for one second that you can overcome challenges however you want! In solving your puzzles, you're bound to stick to the solutions that the developers already envisioned, and straying from these will ultimately get you stuck in levels. To Rovio's credit, no game on today's market (not even Minecraft) will offer players unlimited freedom, but it's something to keep in mind.

Bad Piggies is a puzzle video game centered on building contraptions out of materials provided to you by the game itself. Ross (the main pig protagonist) is the designated driver for the totality of the game, being sometimes accompanied by King Pig and Mechanic Pig.

The game is played in a 2D environment and the building process takes place via a building grid that varies in size, depending on the level. Ross has to be inserted in one of the slots for the vehicle to move, but the slot he's in may also determine if the vehicle survives the trial.

During your playthrough, you will be progressing through different levels that present a wide array of challenges. The first level is a tutorial level that introduces you to the main mechanics (no pun intended). In it, you will be given a 3x2 grid with 3 wooden frames and 2 wooden wheels. Each level will grant bigger grids and a longer list of materials in exchange for more obstacles and hindrances.

The contraption you build should allow the piggies to reach the level's goal. In your crafting sessions, you have to make sure that the parts of the contraption are assembled in a way that allows it to bypass all the accidents present in the terrain, as well as the other different obstacles (and angry birds) that may get in its way.

The parts are highly variable in quality and abilities. The materials utilized can likewise affect how the vehicle moves. Some parts are also heavier than others, which could cause the contraption to succumb to gravity (one of the game's most important features).

Movement is achieved through various means, including the usage of soda bottles or rockets. Needless to say, you will also need to install wheels when on land.

Later in the game, you'll be able to install motors, each with its distinctive purpose and power. The electric motor is the least powerful engine in the game (though less noisy), while the V8 engine is the most potent for land travel. The propeller is used for flights, but it's extremely noisy, which is a very big concern if you have birds roaming in the area.

Alternatively, you can use balloons to lift the vehicles, but they may only be attached to light materials such as crates or the pigs themselves. In addition, it's very easy for them to pop in mid-air, leaving the contraption susceptible to fall damage. Nevertheless, they don't generate noise, which is a big advantage in some scenarios.

To conclude, if you feel incapable of finishing a level, you can always count on a mechanic pig to build the contraption for you, albeit you'll have to use a Power-Up, which may be obtained through various means, such as feeding the King Pig, opening Loot Crates, spending coins, or as in-app purchases (using real money). This may constitute a kind of a pay-to-win mechanic, though it's entirely optional and doesn't severely affect how your progress.

Bad Piggies has aged tremendously well after 10 years and still offers an amazing experience that nearly matches that of classic mainline Angry Birds games. If you are looking for a nice puzzle game to kill some time, Bad Piggies is a must!

You're free to leave your thoughts in the comments section below. Don't worry, there are no angry birds anywhere in sight!