* For reference, The Cover Strike - 3D Team Shooter game Reviews websites are all approved, there are no viruses and malware. 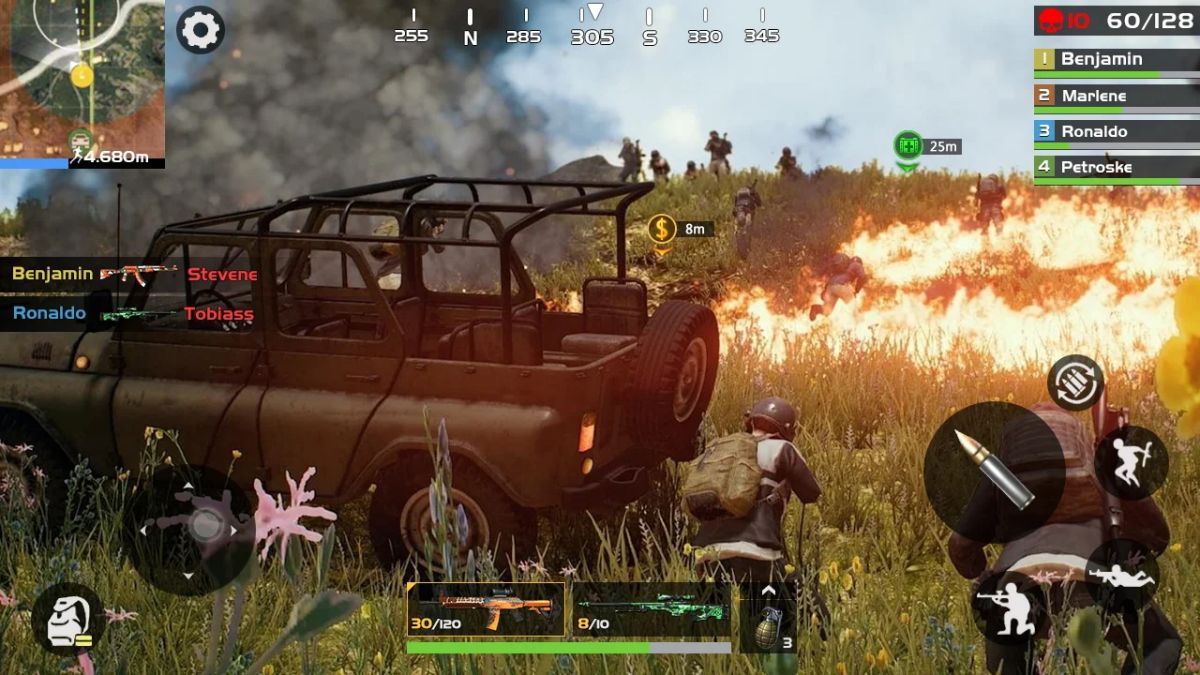 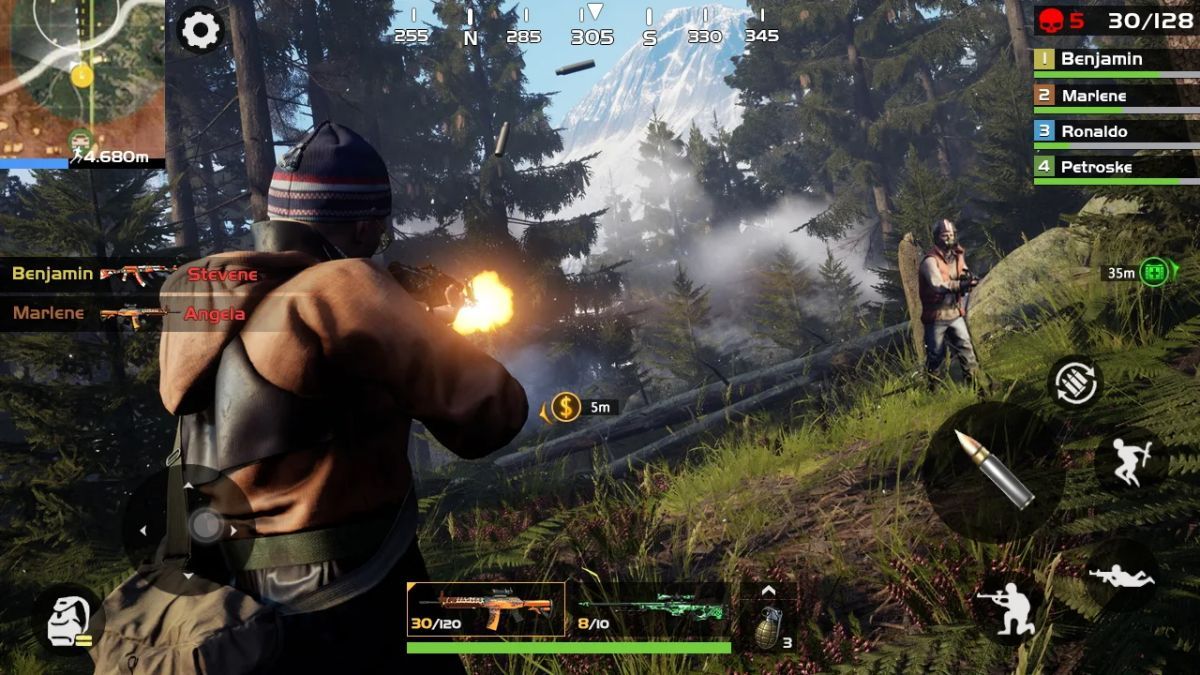 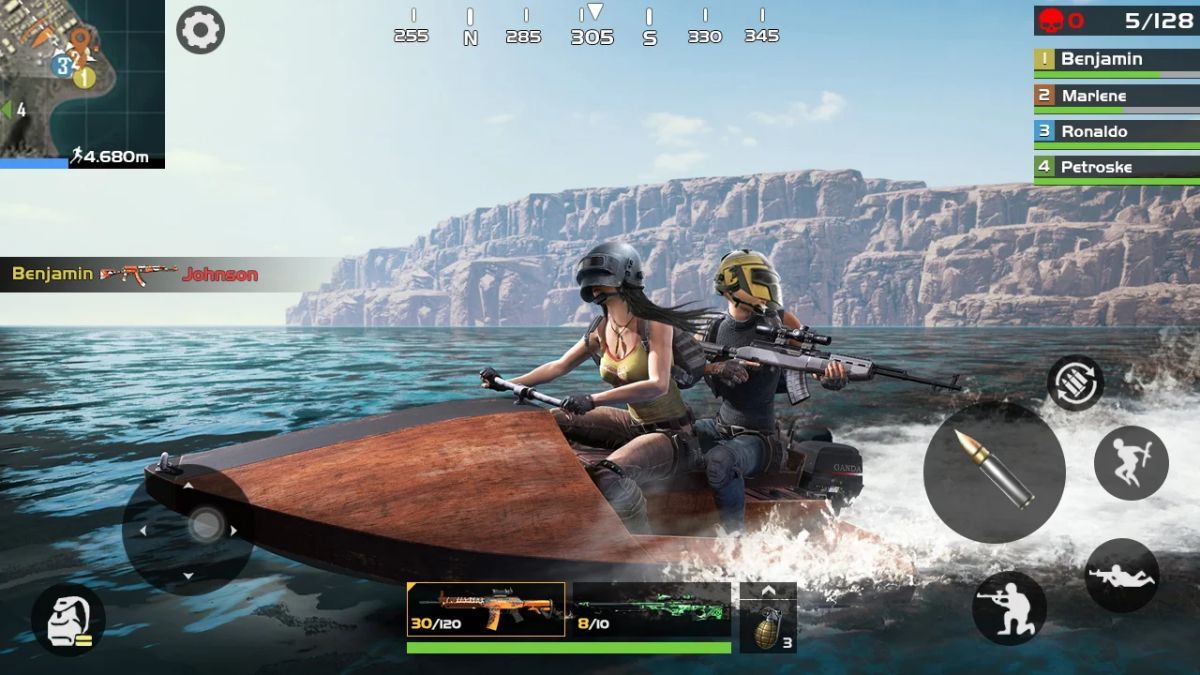 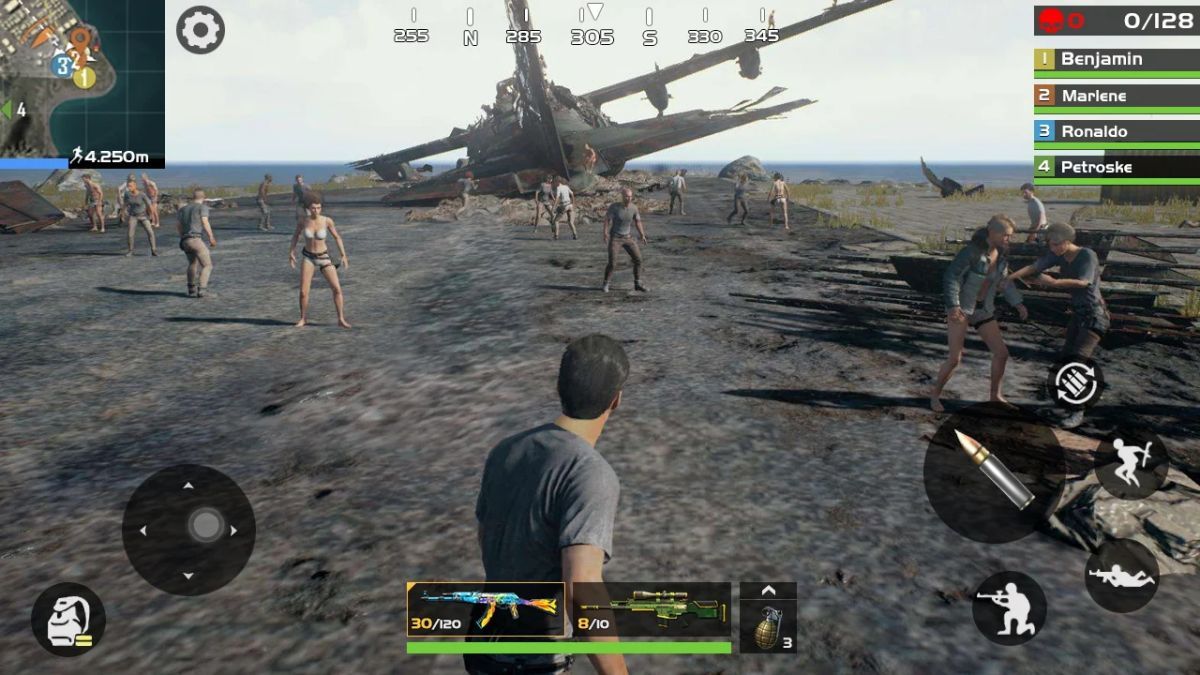 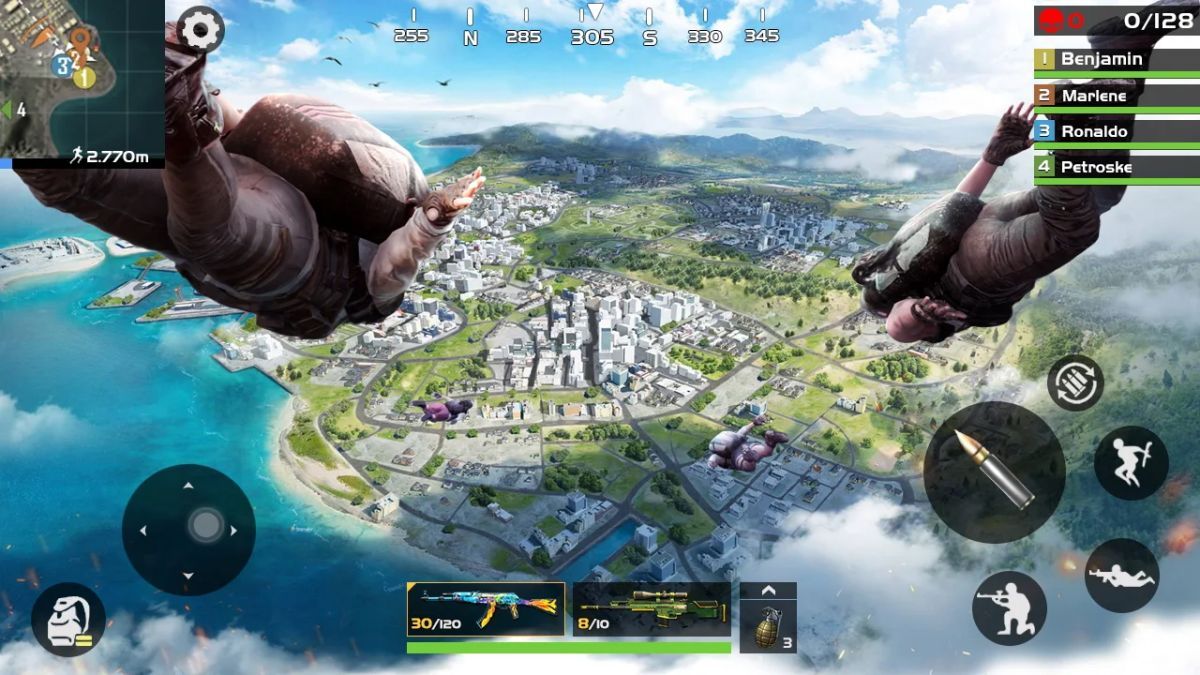 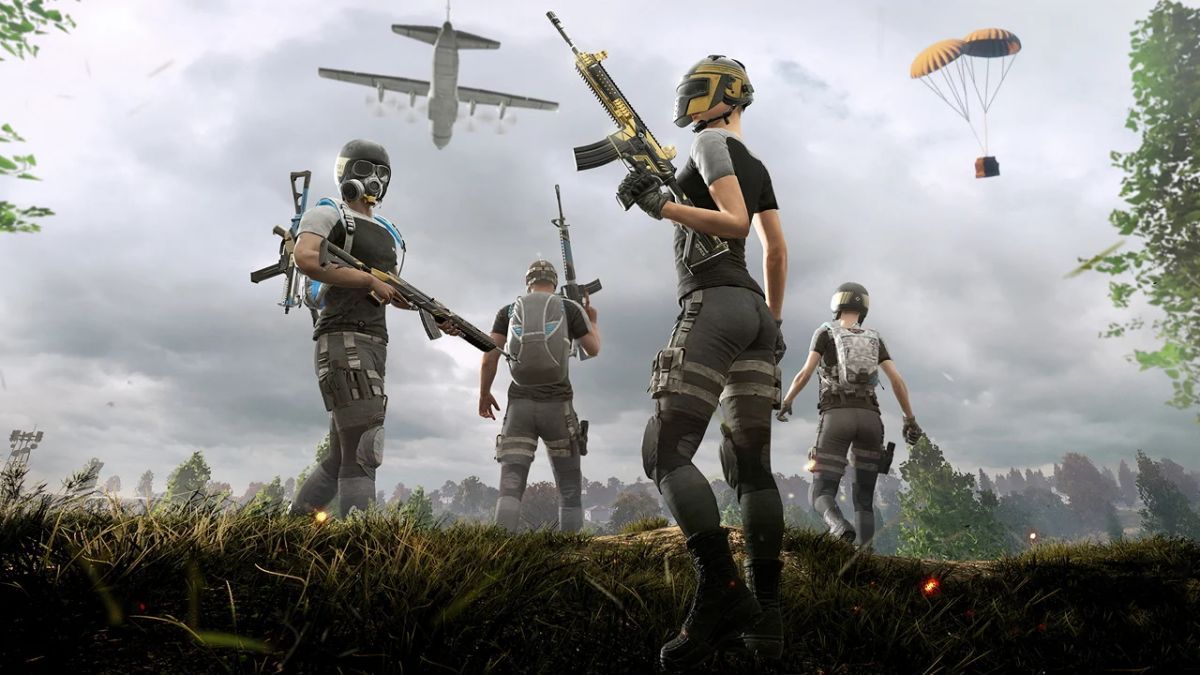 Cover Strike - 3D Team Shooter is a mobile FPS that borrows elements from other popular games. While it might look or sound like PUBG, Counter-Strike, or even Golden Eye, Cover Strike lacks the polish and refinement that make other titles great.

Cover Strike - 3D Team Shooter is a first-person shooter for mobile devices that tries to compete with games like PUBG. In the game, you move around, aim, and use a variety of guns to shoot enemies and claim victory for your team. Unlike many other mobile shooters, Cover Strike is an offline game that you play against bots, meaning that you don’t need an internet connection to enjoy the game.

Most of what you need to know about Cover Strike - 3D Team Shooter can be found on Cover Strike’s app store page. Cover Strike has a store icon that looks suspiciously like the PUBG icon, while the description tries to get fans of the game to use the acronym “CS” to refer to Cover Strike. In other words, this is a game that’s trying to bank on the popularity of other games. The icon lures in PUBG fans, while the confusing acronym and similar title might make gamers think that Cover Strike is affiliated with Counter-Strike. In truth, Cover Strike is just about as far from these games as you can get.

The similarities don’t end on the store page. Once you’re in a game of Cover Strike, you’ll be shocked at how the game brazenly reuses assets and ideas from other games. You’ll hear classic voice lines from other FPSes, use a tried-and-true array of guns, and enjoy game modes and graphics that seem like they were borrowed from games ranging from Call of Duty to Golden Eye to Counter-Strike. For fans of other games, it’s a jarring experience.

Unfortunately, Cover Strike’s developer did not seem to copy these assets and ideas well. Instead, they’re shallow surface copies that miss all of the fun and nuance of the originals. The guns in Cover Strike sound and feel weird, the controls are cumbersome and take up half of the screen, and the graphics are frankly terrible for a modern mobile game. More often than not, the gameplay consists of you walking back and forth in a small section of the level and waiting for bots to spawn so you can shoot them. With their terrible aim and laughable movement, there’s no reason for you to not walk all the way up to the bot and shoot them from point blank.

Overall, Cover Strike - 3D Team Shooter is a game that’s definitely safe to skip. While its developers have brazenly copied marketing materials and assets from fun shooters, Cover Strike is not a particularly good game. It’s a pile of things that the developers stole from other games and compiled into a lackluster package. If you’re looking for a fun, polished game, try something else.

Enemies in Cover Strike have very little health, meaning that headshots often aren’t necessary to kill. Even if you can’t kill them in one shot, they almost never shoot you, meaning that you don’t need to worry about killing them quickly. You’ll frequently see enemies leisurely walking across the entire level without even trying to shoot in your direction. This means that you don’t need to really worry about killing them quickly. Instead, take your time and aim however you’d like.

Cover Strike has a huge variety of guns for you to choose from. Again, bots don’t have a lot of HP and aren’t particularly threatening, so there’s no real reason to choose one gun over another. If you have fun killing bots with a rocket launcher, use that! If you prefer a pistol, that’s fine too.

Enemies in Cover Strike frequently drop coins that you can use to purchase items in-game. If you can, consider walking over these coins to make unlocking these items easier. You’ll also pick up any health or ammo that the enemies might drop, giving you the resources you need to finish the level.

Cover Strike features ads, in-app purchases, and a grind to unlock guns and other gameplay items, although it’s not clear why you would do so. Again, the game is far too easy for you to need a gun at all to beat many levels. This is probably not a game that you’ll want to spend your money (or your time) on.

The beginnings of many Cover Strike levels closely emulate the way other shooters start. You’ll see weapon selection screens (and sound effects) that come from Counter-Strike, drops from PUBG, and more. The gameplay doesn’t match these shooters, however. Instead of high-intensity, high-pressure shootouts with real players, Cover Strike offers low-effort shootouts with ineffective bots. This means that you can play the game on your phone while you don’t have an internet connection, but it also means that the game will stop being fun fairly quickly.

It’s worth noting that many mobile FPS games offer great game modes where you can play vs bots. Garena Free Fire, for example, is completely free and offers plenty of opportunities to play without facing real players. Unless you’re specifically looking for a casual offline game that heavily borrows from other shooters on the market, you’re much better off playing something other than Cover Strike.

Finally, if you’re annoyed by Cover Strike’s ads, consider playing the game in airplane mode. While you’re in airplane mode, your phone’s apps can’t access the internet, meaning that Cover Strike won’t be able to download ads for you to view. It’s a simple way to ensure that your gaming isn’t interrupted by annoying videos about products you’re not interested in.

Are you a Cover Strike fan? Do you agree with our assessment? What sounds, pictures, or gameplay ideas in Cover Strike do you recognize from other games? Let us know in the comments below!