* For reference, The Baldi's Basics Classic game Reviews websites are all approved, there are no viruses and malware. 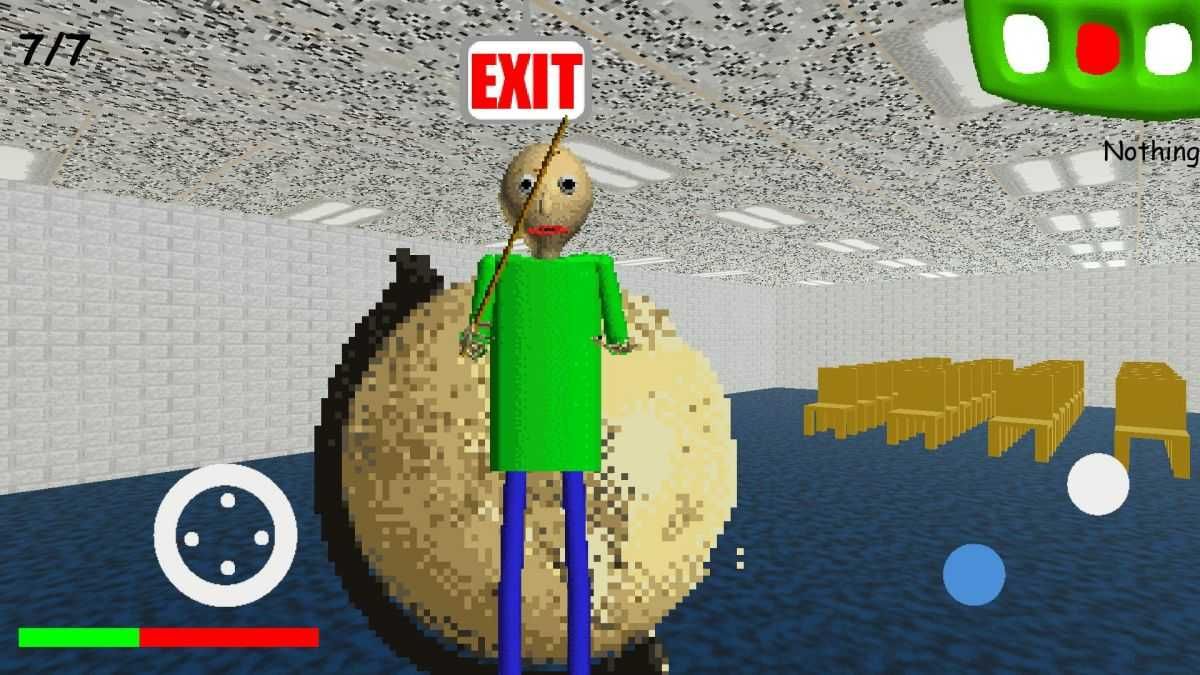 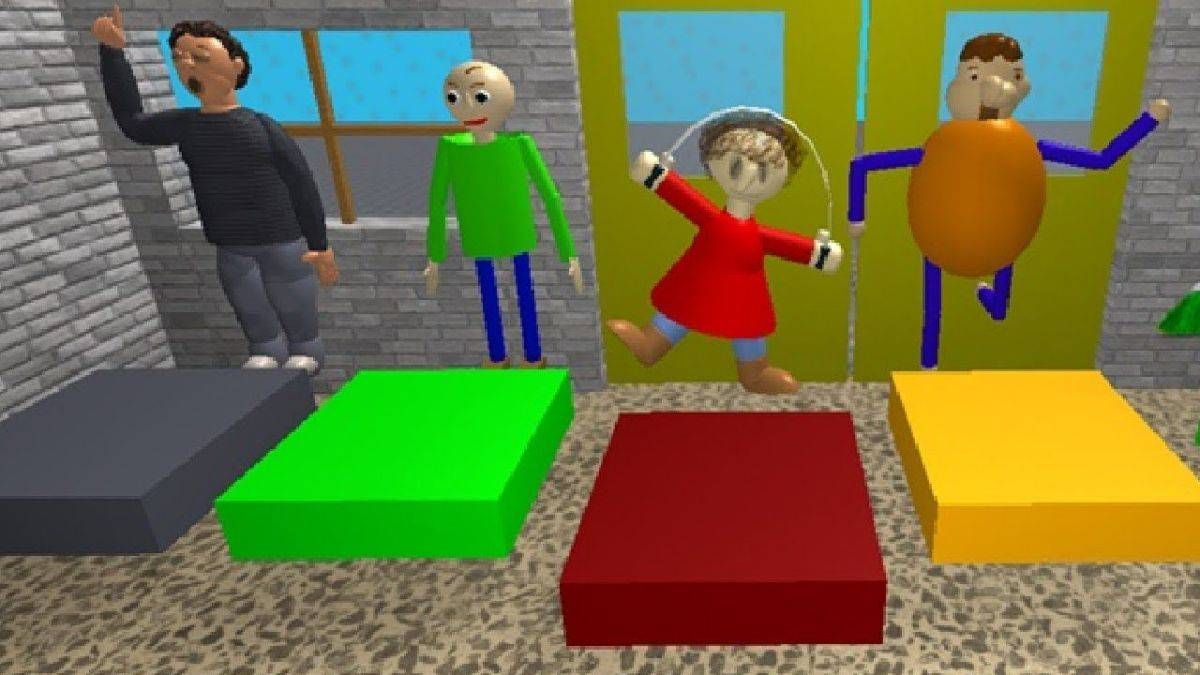 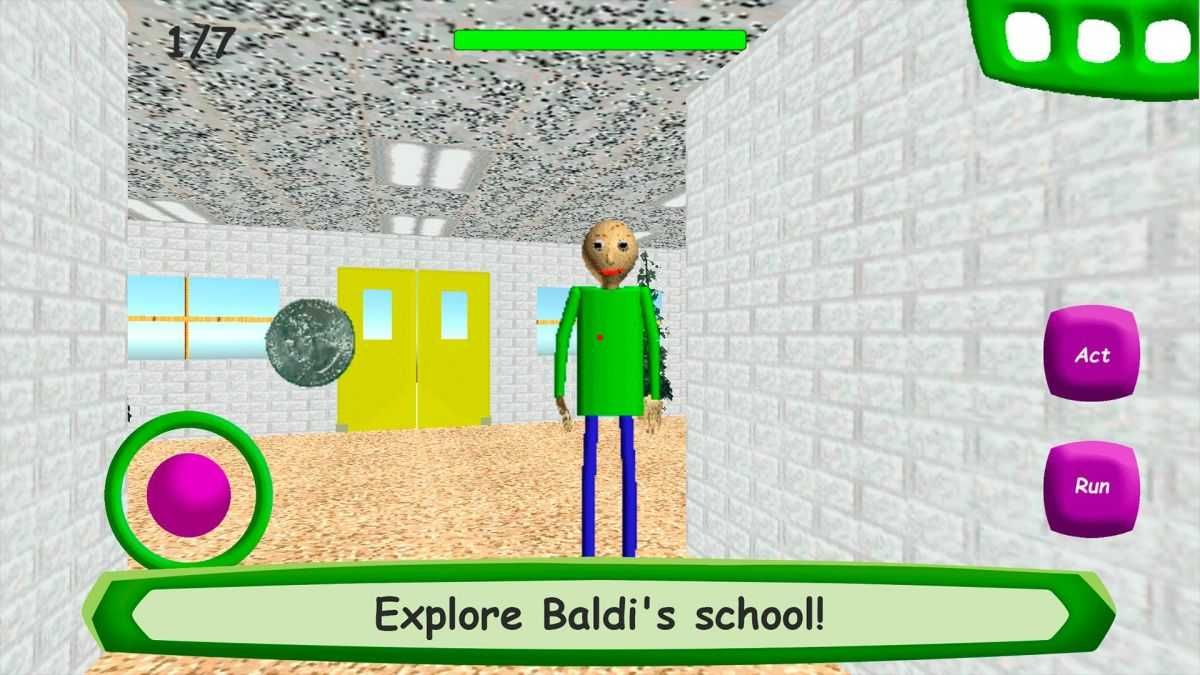 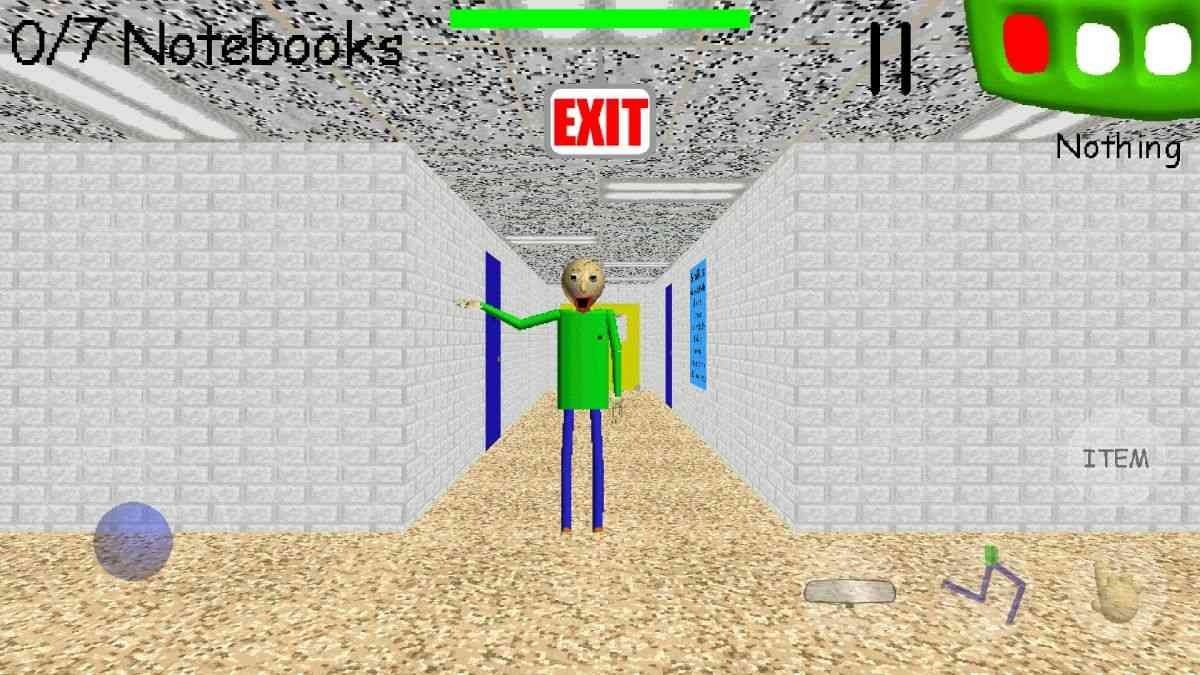 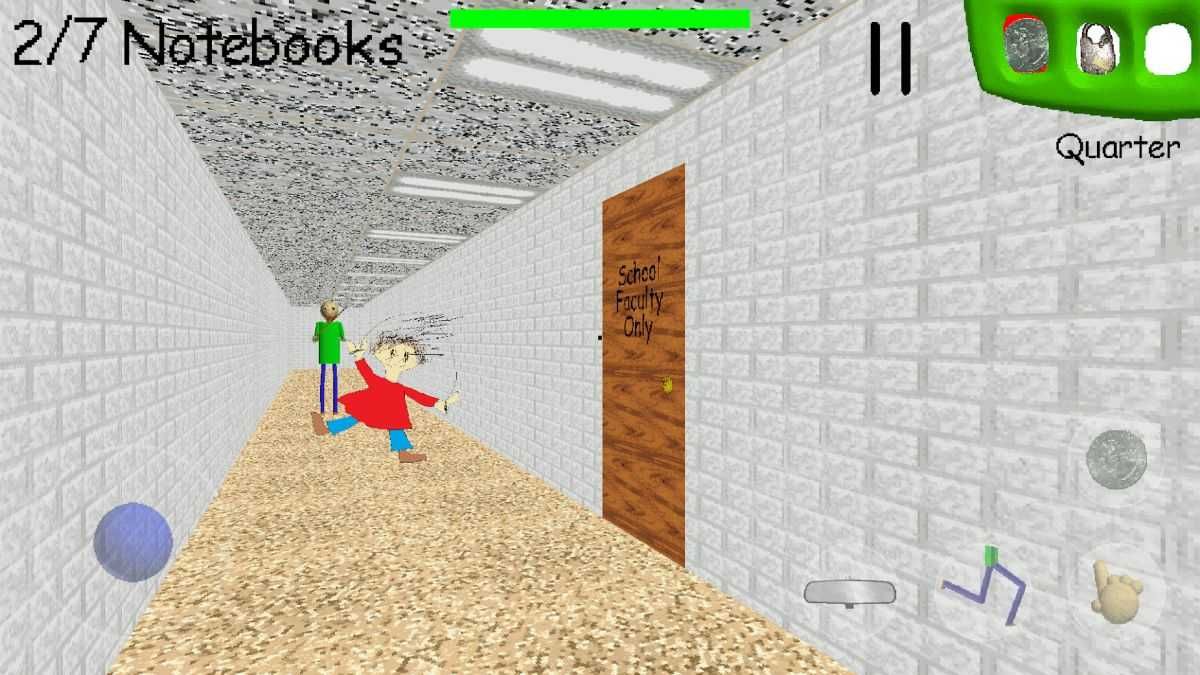 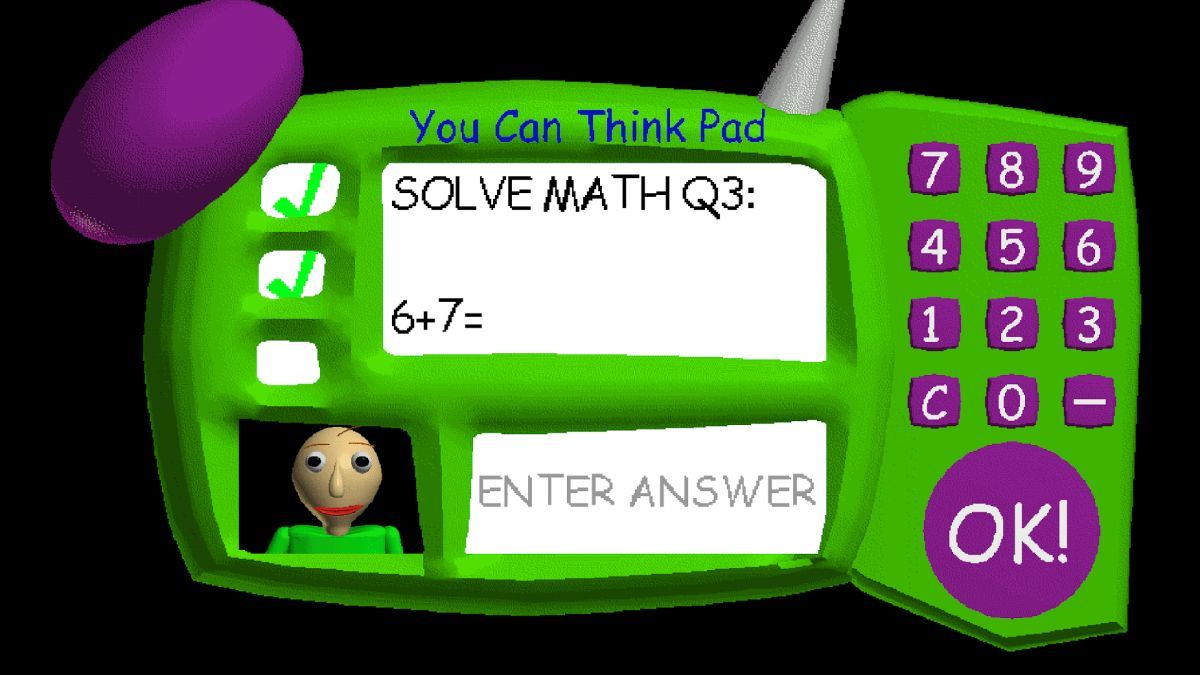 Baldi's Basics Classic is all about exploring a school and collecting notebooks in a fun-filled terror game. It is an intuitive video game that allows you to complete puzzles and at the same time avoid capture from the hall monitor. The more you solve puzzles the more you proceed forward in the game. Typically, it's a unique video game where you have to resolve mathematic puzzles while running away from the spooky head teacher chasing you. Of all the other versions in Baldi's Basics series, this version is the Classic one.

However, when you get enough understanding of the game by knowing its description, you can try it to find out how interesting the game is. This is the game inspired by a creepy and badly designed educational game developed during the 1980s. The main objective of this game is to acquire notebooks and run away from the school. Precisely, players have to escape Baldi's school after collecting seven notebooks at the earliest. However, it is easy to say because you should work on a strategy to complete the game.

When playing the game, you will understand every part of it. That way, you can come up with a strategy that helps you win the game. In addition, it helps you complete the game and avoid Baldi. The best way to complete the game is to take help from Baldi's friends and manage the items that you find in the school. Baldi has friends that will make you slow your game progress so that you get caught. Apart from that, memorizing the layout of the school gives you an added advantage. This is how you can survive the game.

It is good to understand the characters in the game and know how to use them to your advantage. This is the only way that you can complete this fun-filled game. Baldi's Basics Classic is a weird, creepy, fun, and free game that you cannot afford to miss out on. The original version developed in 2018 became a viral hit. And, since then it has earned a place in the heart of people regardless of age and country. Some of the highlighting features of the game include the following.

● Strategic mathematics offline game that anyone can try

● Gives you a retro feel while playing the game

● Fun to play the game

● If you are aware of Slenderman, you will love the character similarities that the game provides

● While the game lacks a storyline, it is interesting to play

● Completed more than one million downloads

● Available both on Google Play and Apple App Store

The best part is that you can play the game on your smartphone. So, if you have an Android smartphone, you can get the game through Google Play. And, if you use an iPhone, you can get the game from the App Store. Besides, you can use an emulator if you want to play this innovative and fun-filled game on your computer. If you wish to relive some school day memories or looking for an educational program, Baldi's Basics Classic is highly recommended.

Now that you have understood what the game is all about, let's know how to play the game in the best possible way. While the game appears to be focusing on asking questions, it becomes clear that the only way to win the game is by collecting seven notebooks that are scattered throughout the school. In the beginning, you may think that it should be the easiest of all the games that you ever played. But it will surprise you as you make progress through the game. Here are some ways to play the game effectively.

The game consists of two different modes, which are story and endless. In the story mode, all you have to do is collect seven notebooks and escape from the school. However, the more notebooks you collect, it will make Baldi stronger. As such, the game becomes more challenging.

In the endless mode, the challenge is to find out how you can collect those notebooks. At the same time, you should keep in mind that Baldi doesn't catch you. As time rolls on, Baldi speeds up so that he can catch you. But when you solve the problems successfully in the notebook, he will slow down a bit. So, the important step in the game is to collect more notebooks as you can while slowing Baldi down.

Keep in mind that Baldi is the main character in the game and possesses a threat in the school. In short, he is the only character in the game that can result in a game over for you. Unlike other characters in the game, Baldi makes his movements differently. He appears teleporting even within a short distance. Also, he finds a player with ease.

So, the next important step is to collect items without making a noise. Or else, he will hear the sound source and chase you. Hence, makes sure that the sound has a low noise value. Baldi's head appears at the bottom of the screen where he will express his desire to come after you or still find the sound source.

To survive the game, you should know more about the other characters in the game. These characters can attract Baldi. So, pay attention to Arts and Crafters, Principal of the Thing, Chalkles, and Mrs. Pomp.

Baldi will put three math problems in each notebook and you have to answer them correctly. If you get an incorrect answer, Baldi's slap interval will get shorter. And, he will move faster. But if you are using the &#2013266048;You Can Think Pad', Baldi stops moving.

After collecting the sixth notebook, Baldi moves at the same speed as the player. And, when you collect the last one, Baldi moves faster that he will catch you even if you are sprinting. So, the best way to stop is to use a BSODA.

In summary, Baldi's Basics Classic is a unique game that you should play. However, share your experience in the comments below so that more people will like to play this game.