* For reference, The Summoners War game Reviews websites are all approved, there are no viruses and malware.

* For reference, The Summoners War game purchase URL is the Amazon website, please feel safe to get it. 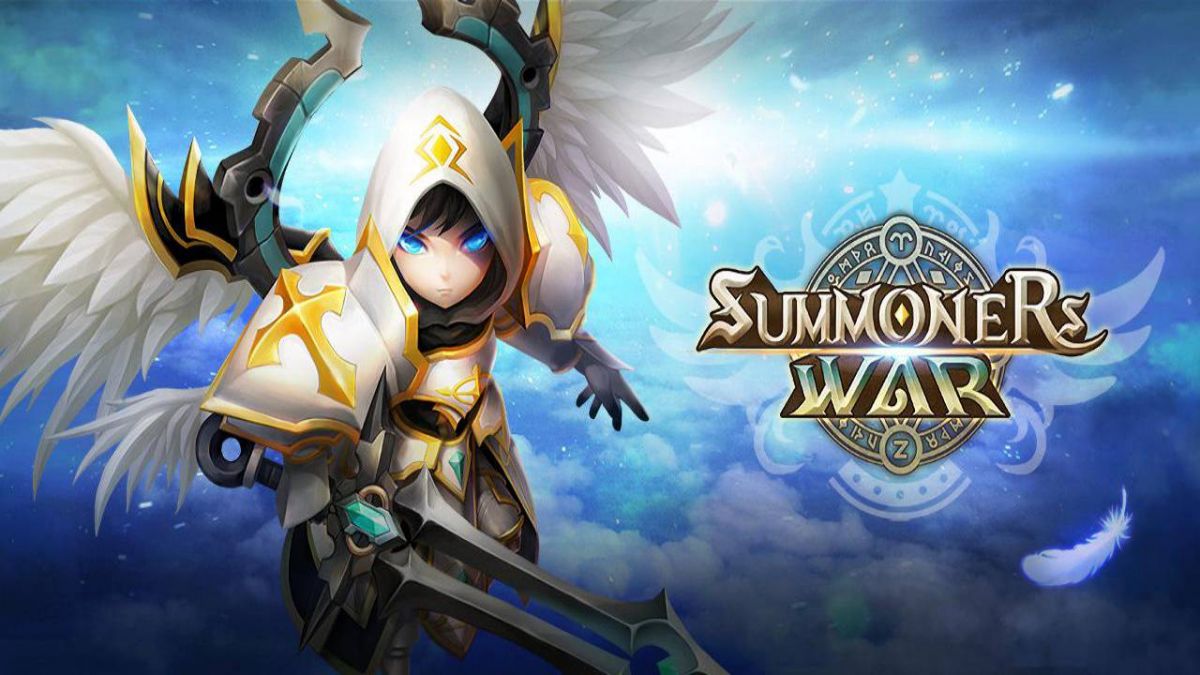 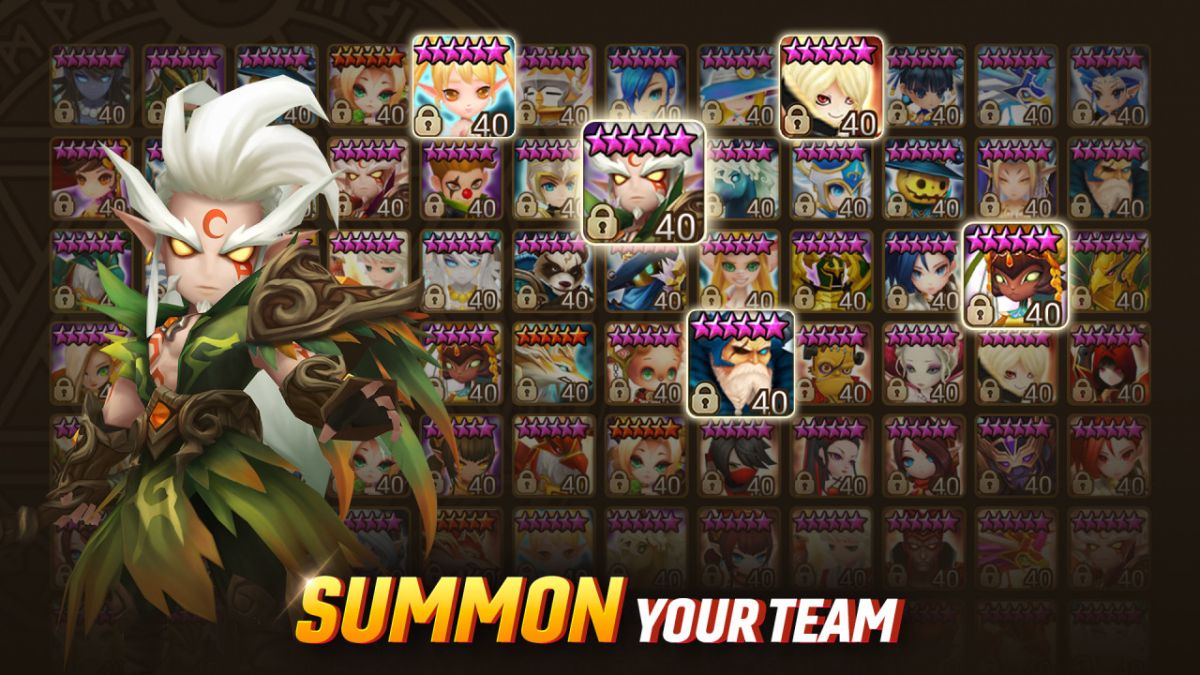 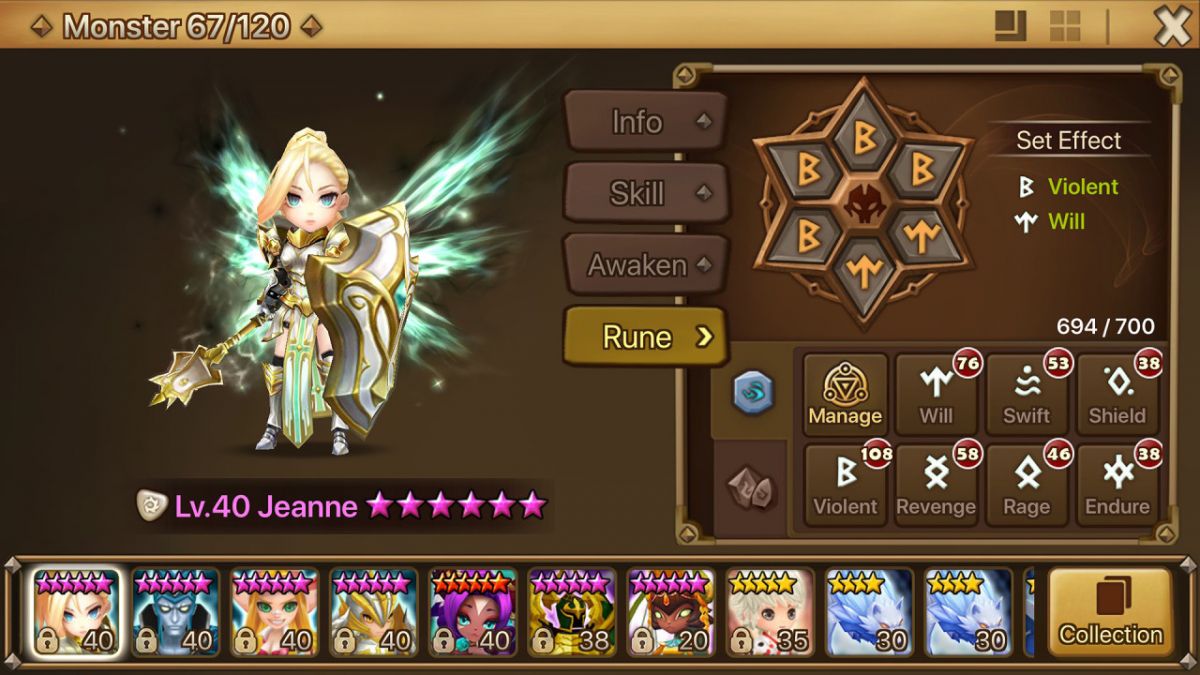 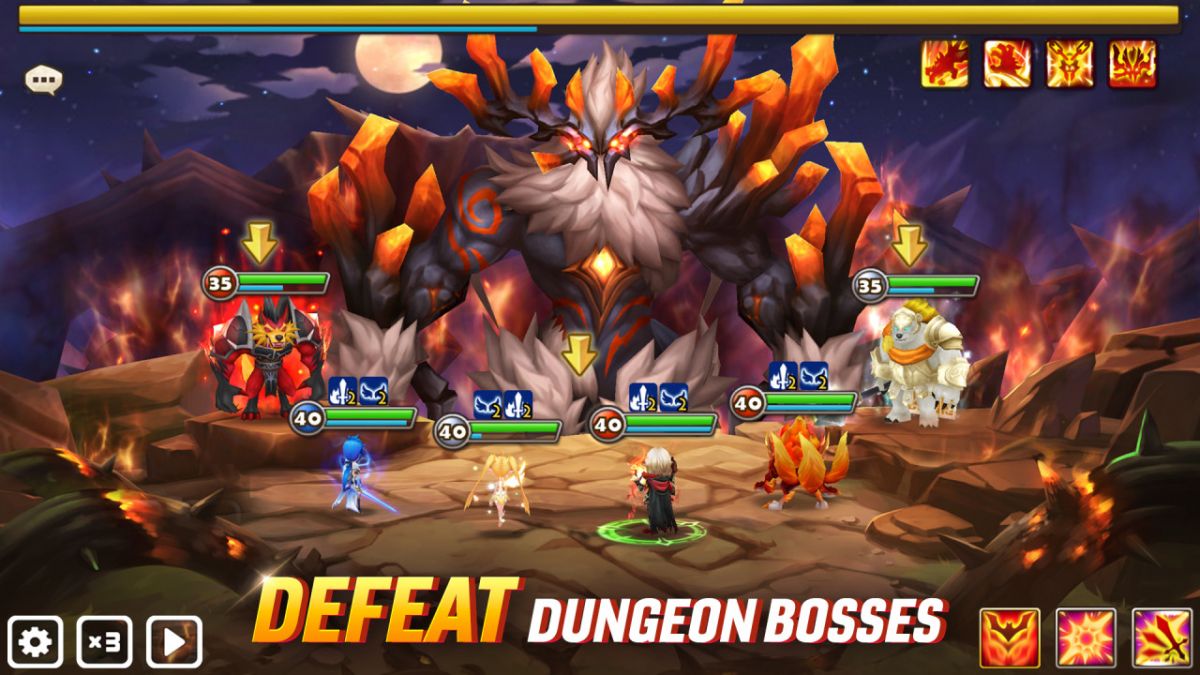 When something tries to be many things at once it ends up being none of them. As the saying goes: “Jack of all trades, master of none”. Summoners War has elements of strategy, island building, card-collecting, and role-playing. Still, it reads like yet another generic Massively Multiplayer Online (MMO) title with some nice time-killing features and decent-yet-not-breathtaking visuals.

This game does bring some new goodies to the table, though. It’s not just “another Pokémon clone” with Final Fantasy strokes. It tries to be its own thing and, for this reason, it throws all these mechanics at you in an attempt to make a statement of originality. It moderately succeeds at that, but I can’t help but feel its derivativeness at certain moments.

Mind you, it’s not a bad game. It has its shining moments. I like how the soundtrack manages to be a bit more than your regular royalty-free “epic” music (it does give some Black Desert vibes, which is curious since Black Desert is also a Korean MMO). The visuals, while not astounding, are pretty enough to guarantee visual enjoyment. Monsters and characters are beautifully drawn while remaining minimalistic in their model design.

The game is also 3D rendered, unlike its comparable counterpart “Brave Frontier”, which is sprites-based. The art direction here is not that different from your regular Supercell game and the UI is very easy to get used to, not being extremely cluttered and maze-like. In many other respects, it reminds me of Brave Frontier, but I digress.

In terms of lore and story, what’s there to tell? If there is any similarity to Final Fantasy, it’s certainly not in the story department. The story is actually pretty straightforward and, to be honest, not very interesting. In a literal nutshell, the world is overrun by monsters and you must defeat them so that you can then summon them by opening some scrolls or whatever. That’s pretty much it!

None of the main elements and premises of the game world are explained to you. Heck, not even the wikis you find online give you any hints as to how things in this world make sense. They just do. But hey, I guess there are no plot holes either, which may be a positive thing overall. I just can’t, for the life of me, understand what relationship can there be between an archangel and a friggin’ pirate captain!

This game’s lack of story is “compensated” by a very intricate approach to strategy, which is not exactly a good thing either. This game is quite hard to master, and while I don’t despise a good challenge, it doesn’t help that it has its pay-to-win elements.

Yes, unfortunately, this is one of those games that won’t allow you to go too far unless you pay some bucks. If you’re not ready to kiss your hard-earned money goodbye, then prepare your grinder! At one point, you must choose between your money and your time, though I guess that, when the moment comes, you’ll opt for the “third way” (out, that is).

Summoners War is a mobile turn-based strategy MMO (massively multiplayer online) game in which you play as a summoner. As such, you must catch monsters to build an army that could rid the world of… well… other monsters (the bad ones, you might say).

Throughout your playthrough, you unlock some scrolls by which, in turn, you unlock monsters that can then be pitted against each other in turn-based skirmishes.

The storyline is largely linear and the game will prompt you to progress through different maps, engaging an assorted wave of monsters at a time.  You’ll be invited to complete daily missions or challenges. Daily missions allow you to perform simple tasks such as summoning monsters, powering them up, clearing dungeons, adding a friend’s monster, and many others.

Challenges, on the other hand, are quests that can be completed only once. They guide you through some basic gameplay concepts and you get rewarded with runes upon finishing them.

These runes are stones that grant special perks to monsters’ stats. Each monster can be equipped with a maximum of six runes. Runes cannot be removed once you allocate them to the monsters unless you spend Mana Stones (one of the game’s main currencies).

Summoners War features 1000+ monsters, all of which you may use in battle. These monsters vary in rarity  (identified by the number of stars they show). Monster rarity ranges from one to six stars, with one being the least rare and six being the rarest.

Unlike many other games in the genre, Summoners War gives you full control of your monsters in battle. These battles happen in real time (even when they’re turn-based) and you choose the attacks and moves that each monster will make in its following turn.

Throughout the game, you must also build your main base (or island). Some of the buildings are required to advance, while others are optional.

The Summoner’s Tower allows you to manage your profile and configure your Arena Defense team. It also gives you info on the amount of crafting materials and essences that you have gathered. Other important buildings are: The Backyard - which enables you to store your monsters - and Summonhenge - a “Stonehenge-styled” structure necessary for summoning your monsters.

Lastly, some buildings can only be unlocked after you reach a certain level upon completing quests and tasks. Fuse Center (unlocked at level 12) can be used to fuse lower-tiered essences into higher-tiered ones (these essences are materials for awakening monsters.) While Craft Building (unlocked at level 19) will give you the ability to craft runes, decorations, and other special items.

Summoners War mildly stands out from most other monster battle games in the current mobile market and it definitely deserves special mention. It can become highly addictive at first, but its pay-to-win strategy spoils the fun, at least for me. If you don’t mind having to go through a paywall, by all means! As for me, I’m not sure it’s worth the amount of money you’ll be required to spend here.

You’re summoned to voice your thoughts about this game or this review in the comments section below!