* For reference, The Destiny 2 game Reviews websites are all approved, there are no viruses and malware.

* For reference, The Destiny 2 game purchase URL is the Amazon website, please feel safe to get it. 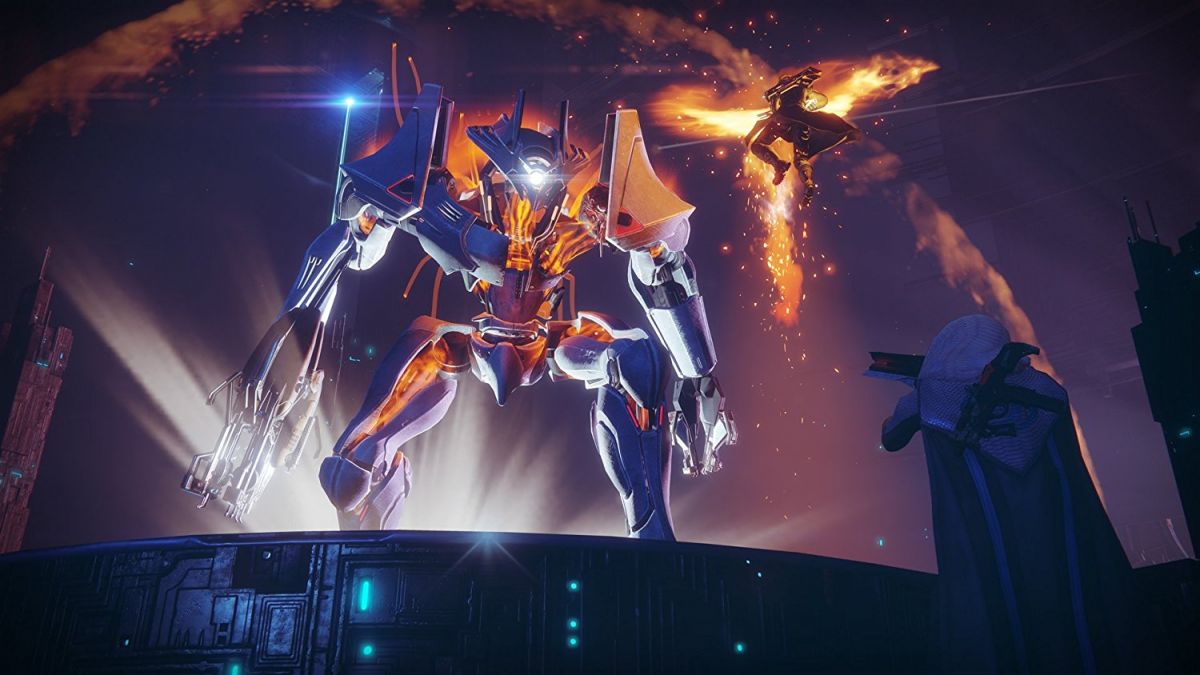 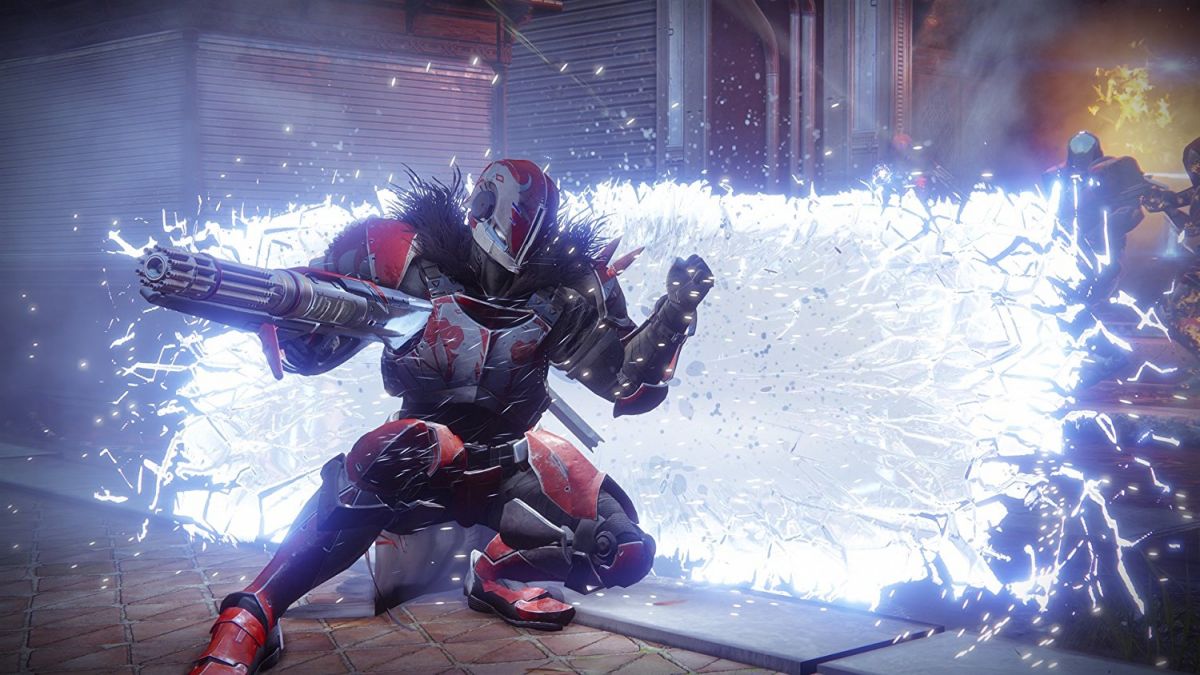 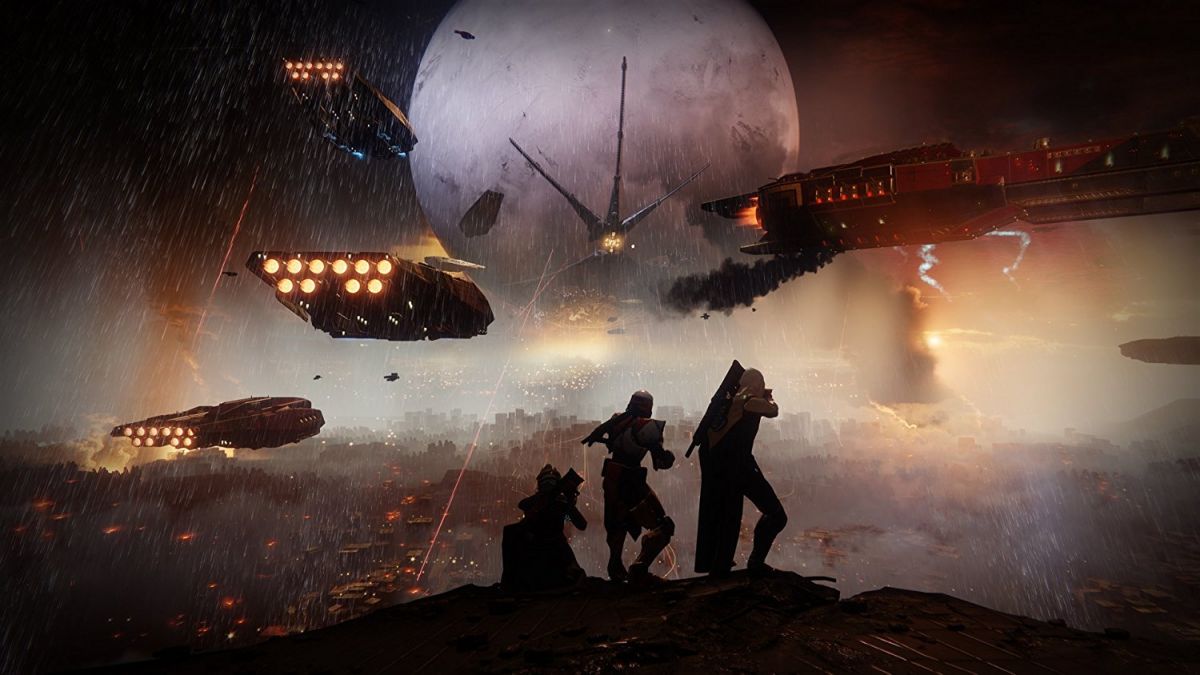 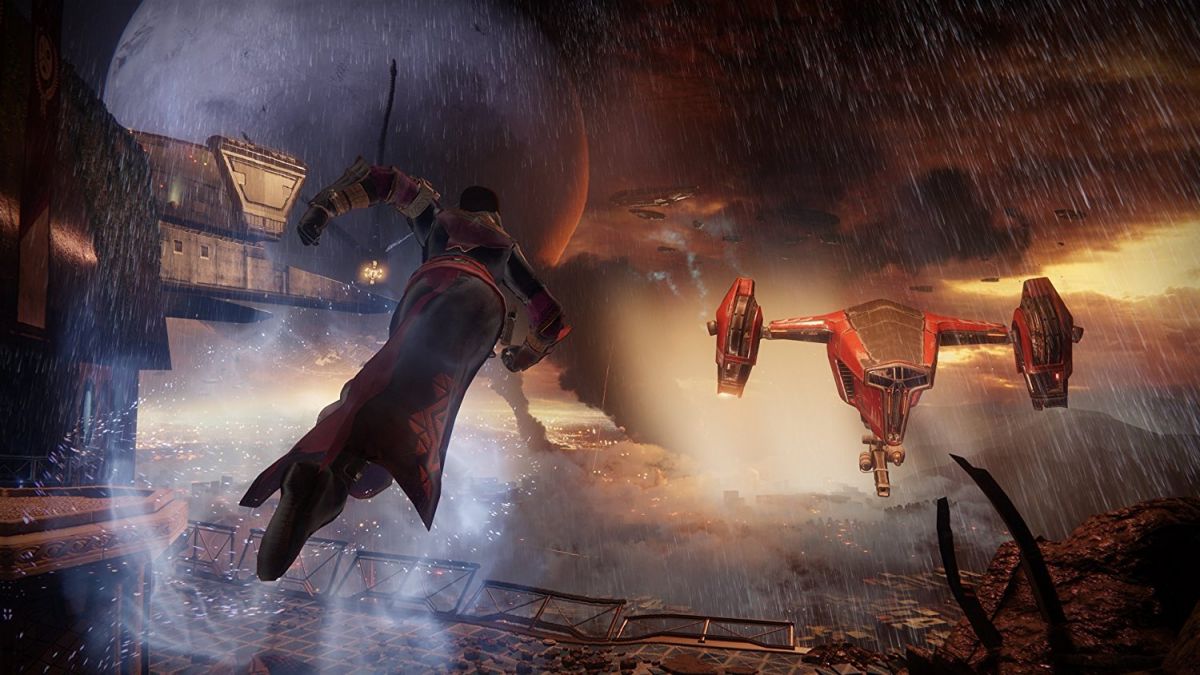 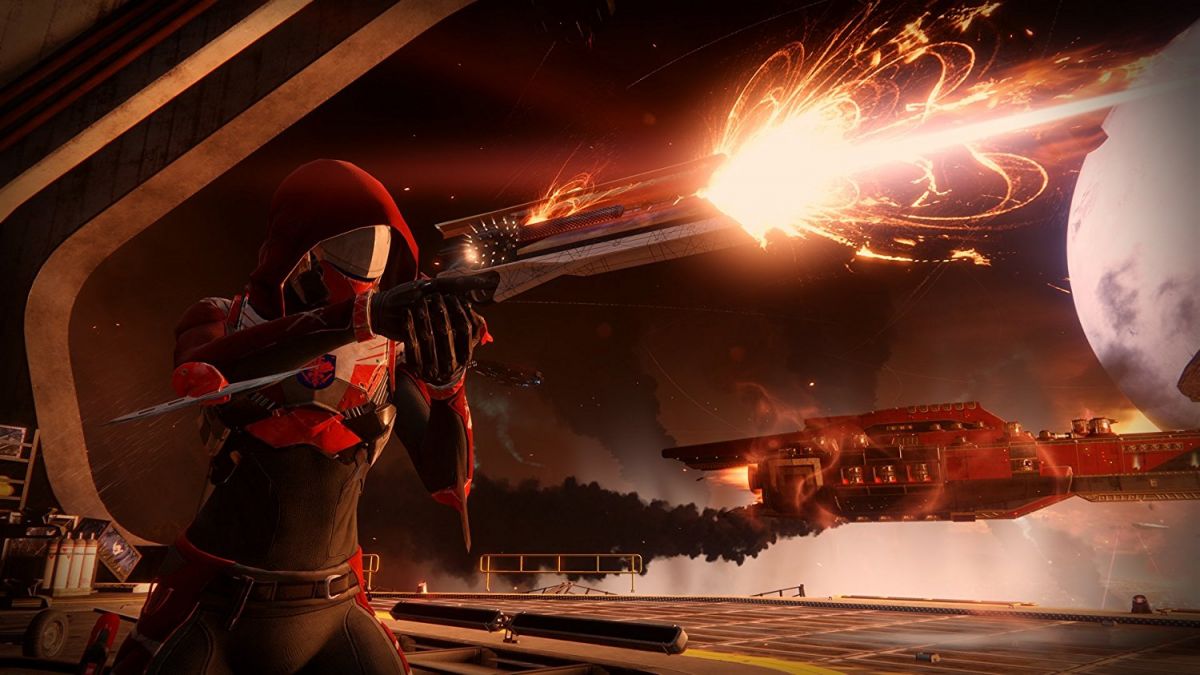 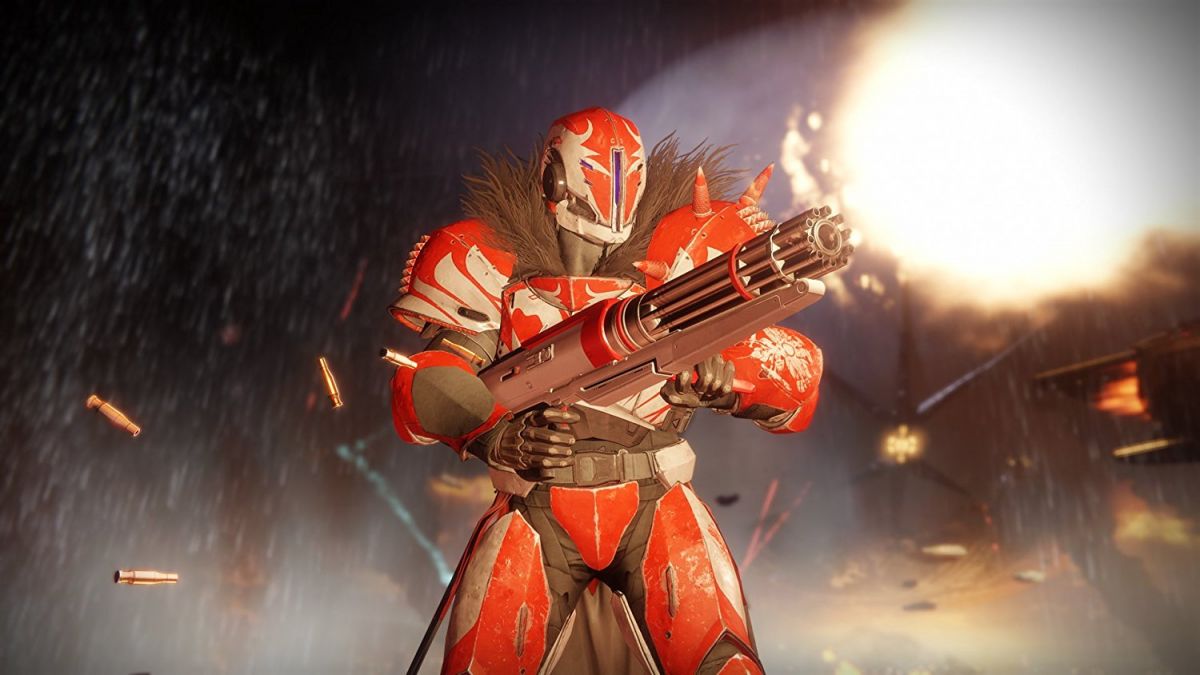 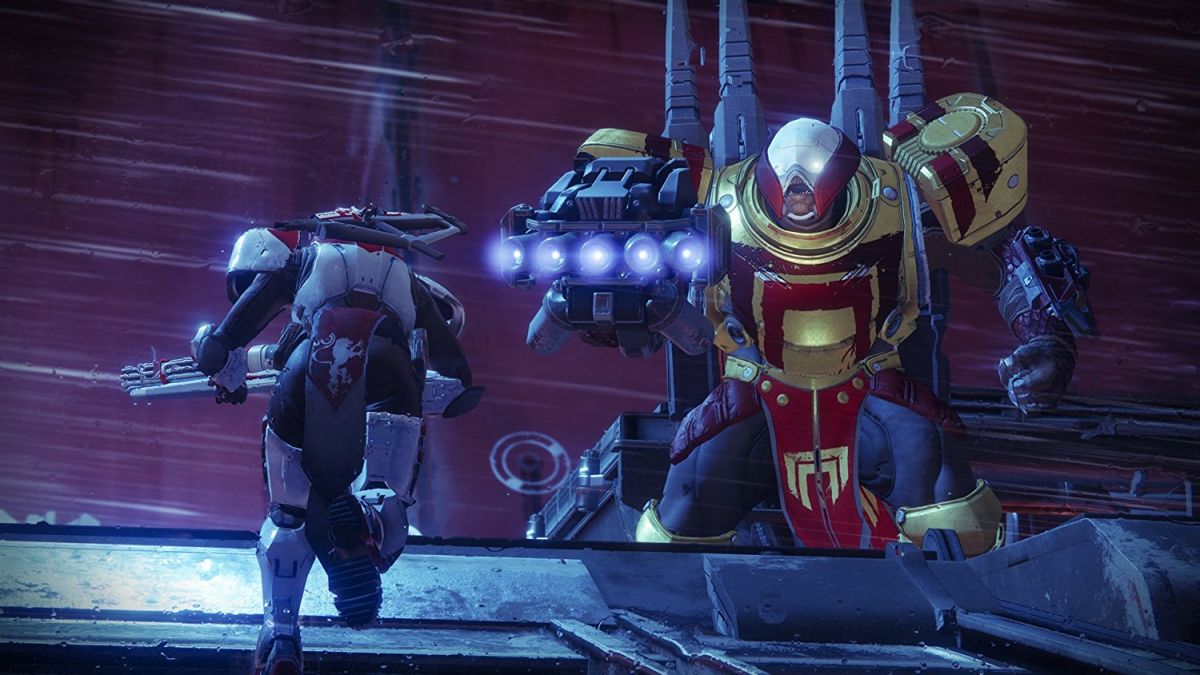 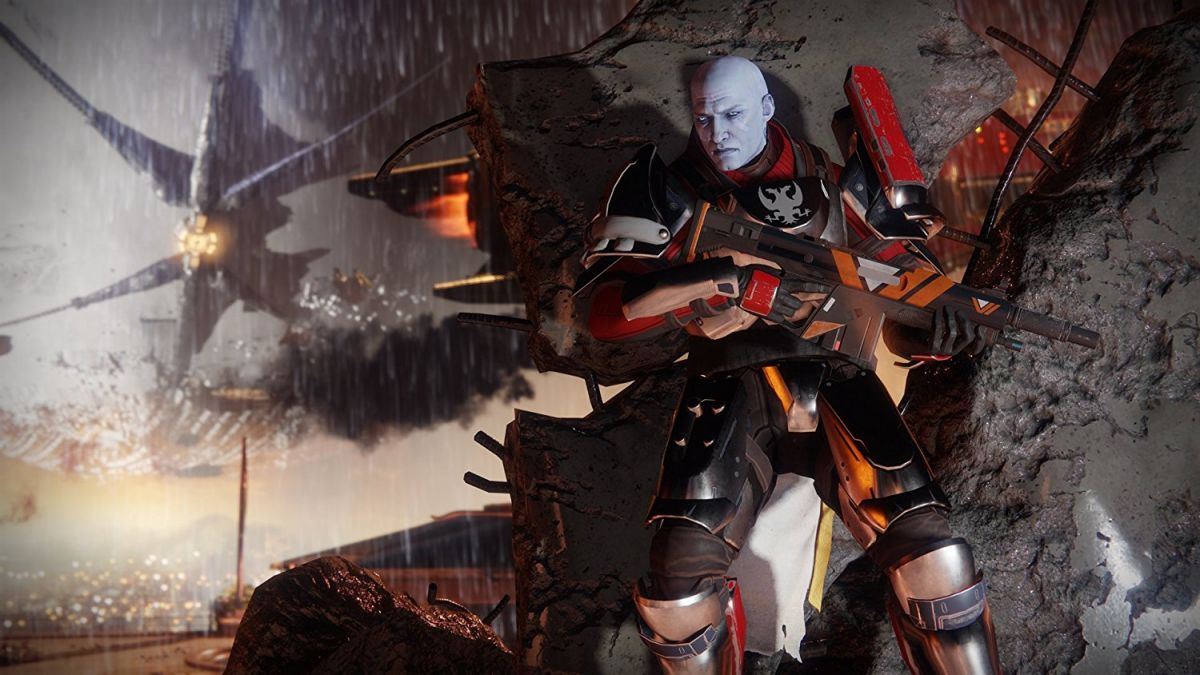 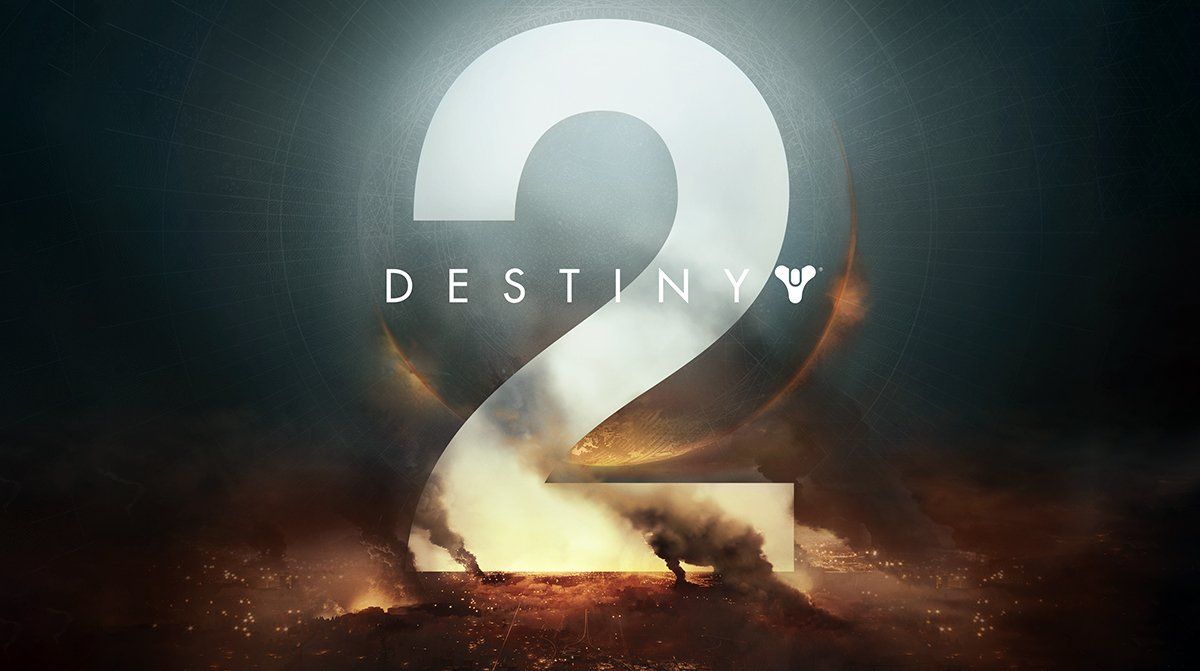 If you’ve ever wanted to be part of an elite strike team of elite, gun-toting super-soldiers that zooms all around the solar system fighting evil, Destiny 2 is the game for you. Free-to-play and packed with years of content, it’s arguably the best free shooter around.

In Destiny 2, you play as a Guardian, a silent, unkillable, undead soldier who was resurrected by a robot-like entity known as a Ghost. You’re part of an organization of other Guardians, based in a floating city called the Tower. As part of your duties, you fly around the galaxy and defeat all sorts of evil-doers, from vile space empires to magical witches to killer robots. Most of the time, you do this with an array of powerful guns, but you’ll also pull out a space sword or even a space bow from time to time.

A Game That Has It All

Destiny 2 was made by Bungie, the team that was responsible for the Halo games. Bungie used their experience in making great shooting games to produce one of the most polished, beautiful, and fun shooters available today. In Destiny 2, you’ll experience everything the genre has to offer and each experience is phenomenal. From the well-told, often emotional storylines, the breathtaking vistas you encounter on the planets and moons of our solar system, and the exquisite gunplay, challenging raids, and diverse PVP, you’ll get it all.

One of the best things about Destiny 2 these days is the fact that the game has been out since 2017. As of 2019, the base game switched to a free-to-play model, with season passes and expansion packs full of content generating revenue for the developers. This means that there have been over 5 years of constant updates, and most of those updates contain LOTS of new content. Each expansion comes with its own storyline, missions, raids, PVP maps, guns, and more. So much content has come out that Bungie has actually had to remove some of it to keep players from being overwhelmed with choices and ensure that their new additions can feel powerful and unique in the vast sandbox of legacy content.

As far as activities go, Destiny 2 offers almost everything you could want. There’s a rich array of scripted story missions that you can play through solo or in a group, playlists of brief dungeons that you can play with a team, and challenging rotating dungeons that enable you to test your mettle against some of the hardest content the game has to offer. Destiny’s dungeons offer a unique mix of platforming, shooting, and puzzle solving which makes doing each dungeon for the first time a ton of fun. Even when you know all of the puzzles, you’ll still enjoy both the loot and the satisfaction of blowing up hordes of baddies in this polished shooter.

If you’ve got lots of friends, there are raids, which bring the team size from 3 to 6 in exchange for unique loot. Raids are more mechanically complex than gear intensive, meaning that even new players are valuable as long as they’re willing to learn the complex dances needed to pass each raid encounter. If raiding isn’t your thing, don’t worry – all of the content in Destiny 2 is totally optional, meaning you can ignore everything except your favorite category of activity if you so desire. You’ll miss a few pieces of unique loot, but that’s okay.

In addition to dungeons and story missions, Destiny 2 also has several open-world zones that you can experience with anyone else on the server who wants to join. These are full of mini-dungeons, loot, challenges, timed chests, and public activities, giving you and your team lots of stuff to go for. Since many of these activities are fully public and in the open world, you can join with other teams to take down challenging open-world encounters or even just ignore enemies and go speeder bike racing (“sparrow racing,” technically) with your friends.

As far as PVP goes, Destiny has many, many different game modes. Iron Banner is a big, epic team versus team experience that’s only available occasionally, but it drops unique loot that draws most players to play it quite a bit when it’s available. There’s a persistent, casual team-versus-team playlist that you can queue for, offering modes like Control, Deathmatch, capture-the-flag spinoffs, and more. There are also incredibly competitive modes, including Trials, a deathmatch mode that gives big rewards to teams that can win 7 games in a row. There’s even a player-versus-player-versus-enemy mode called Gambit, where two teams of four try to kill monsters and bank points faster than the other team. The twist here is that both teams can summon powerful blockers to the other team’s arena and even go through portals directly to kill point carriers, making the game mode a hectic battle with lots of strategic resource management.

One of the best parts about Destiny 2’s PVP is how diverse the game is. Even if you’re not a shooting expert, the popularity of the game means you’ll be placed into matches where you can mess around and have fun. With plenty of abilities (including devastating roaming supers, souped-up grenades, and placeable barriers), you’ll be able to support your team whether you’ve got expert aim or not. Different guns, including rocket launchers, shotguns, and sniper rifles enable different styles of play, so you can run around corners and fight at close range, try to hog the power ammo and blow up the enemy team, or showcase your flick shots from long range.

The exact systems Destiny 2 uses to distribute loot vary from season to season. In general, however, there’s a basic principle that you can follow to ensure that you climb the gear score ladder at a reasonable pace. The principle is simple: do bonused activities first.

In other words, when you log into the game, take the time to check out all of the activities and see what rewards they offer. Once you’ve done all of the daily and weekly challenges, most activities offer similar rewards, so you can play whatever you want. When you first log in each week (or day), however, you’ll usually have a few things you can do with big, big bonuses. The game will encourage you to play a few rounds of each game mode, including Strikes, Gambit, PVP, Nightfall, and some open-world stuff. Pay attention to battle-pass bonuses, too, and don’t forget about the expansion’s storyline. There’s usually a faction that offers quests with great rewards, so you’ll be massively rewarded for checking in on that and seeing what activities will enable you to pick up the cool new guns.

The other point is that you usually want to share guns between classes when you’re leveling up. The game drops gear that’s a bit higher than your average gear score (until you’re close to the cap, anyway), so if you get a gun that’s a high power level on your warlock, use that gun on your hunter when you’re playing on them. That’ll help ensure that the drops you see on your hunter get big faster, saving you a few activity rotations before you hit the season’s power cap.

Are you a Destiny 2 fan? What weapons are “meta” in Trials right now? What are your favorite activities? Which expansions do you think are the best to buy as a new player? Let us know in the comments below!