* For reference, The Forspoken game Reviews websites are all approved, there are no viruses and malware.

* For reference, The Forspoken game purchase URL is the Amazon website, please feel safe to get it. 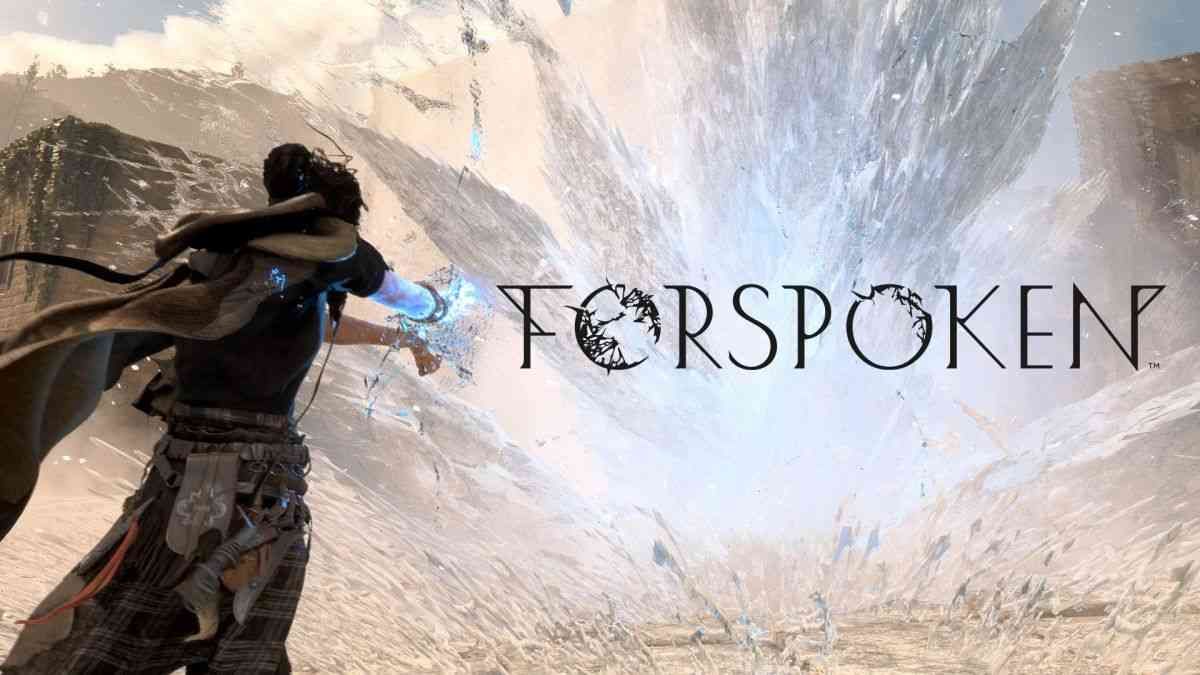 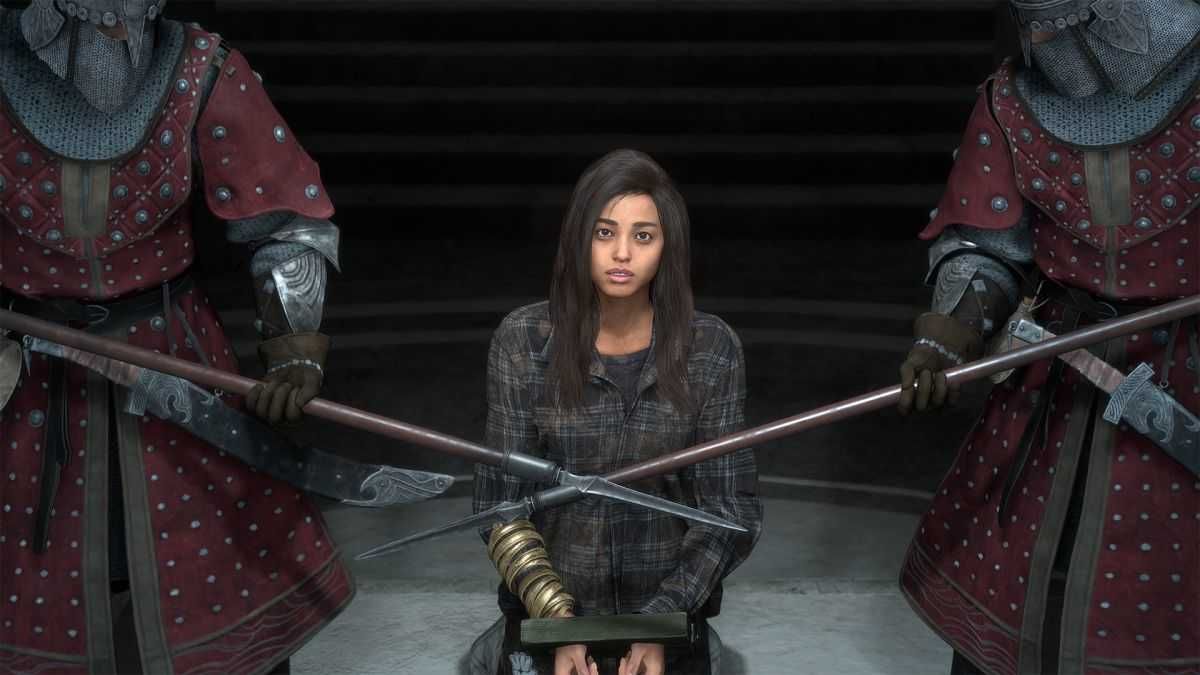 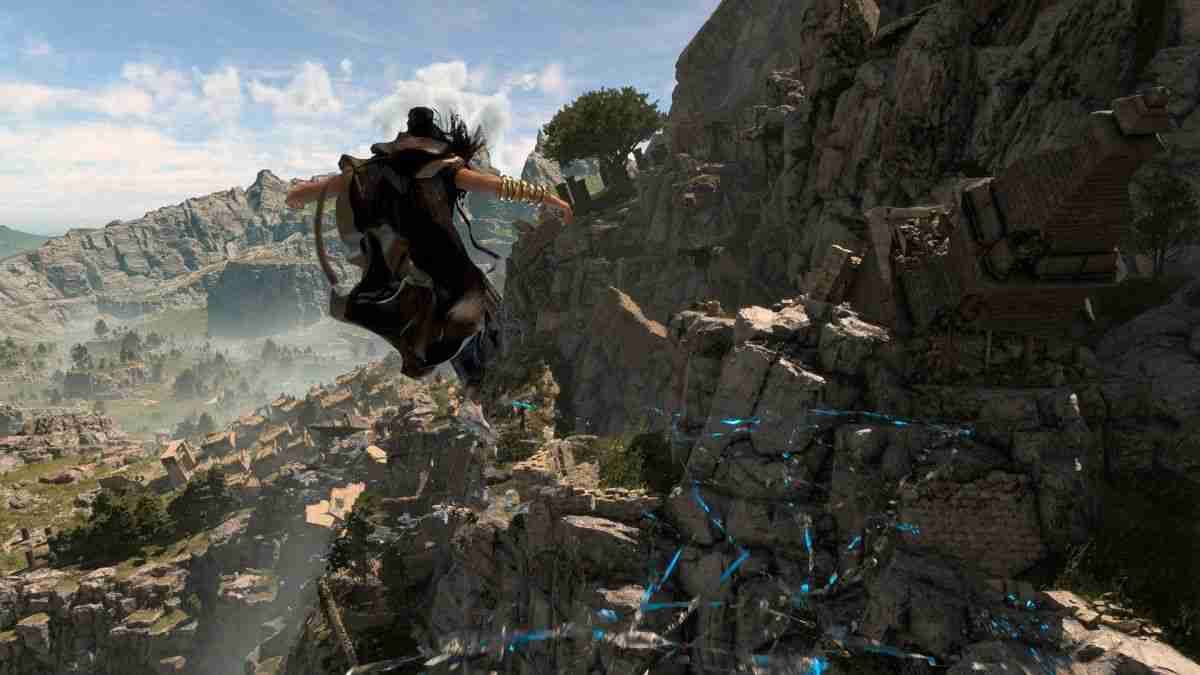 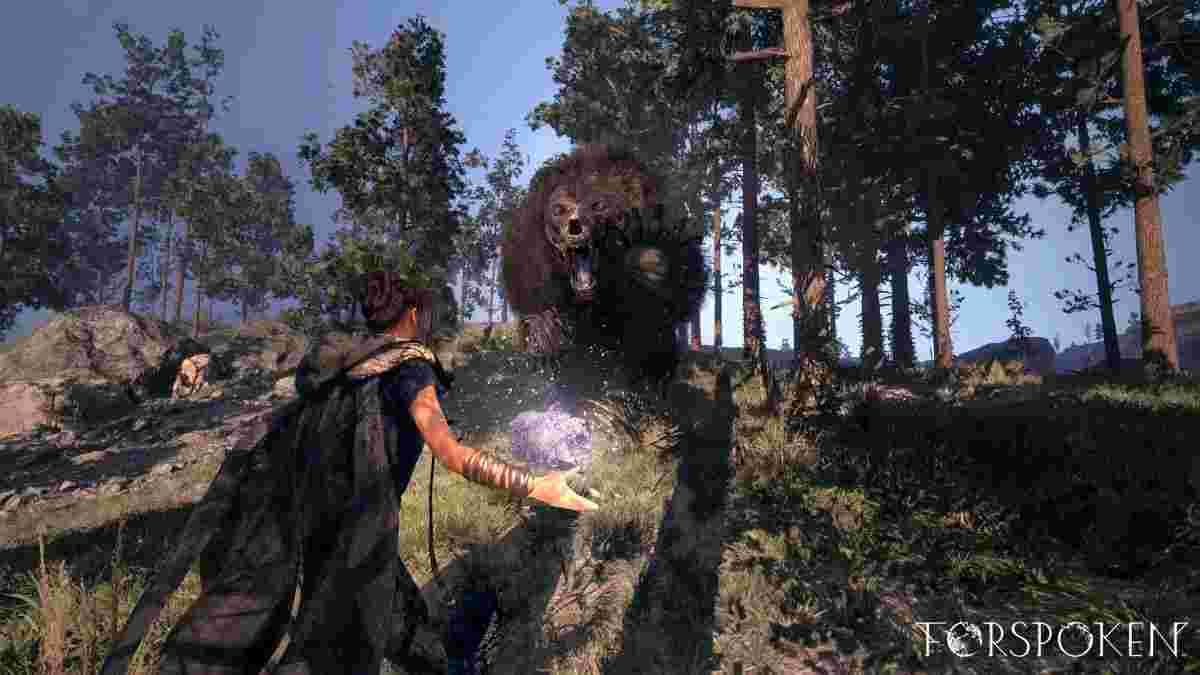 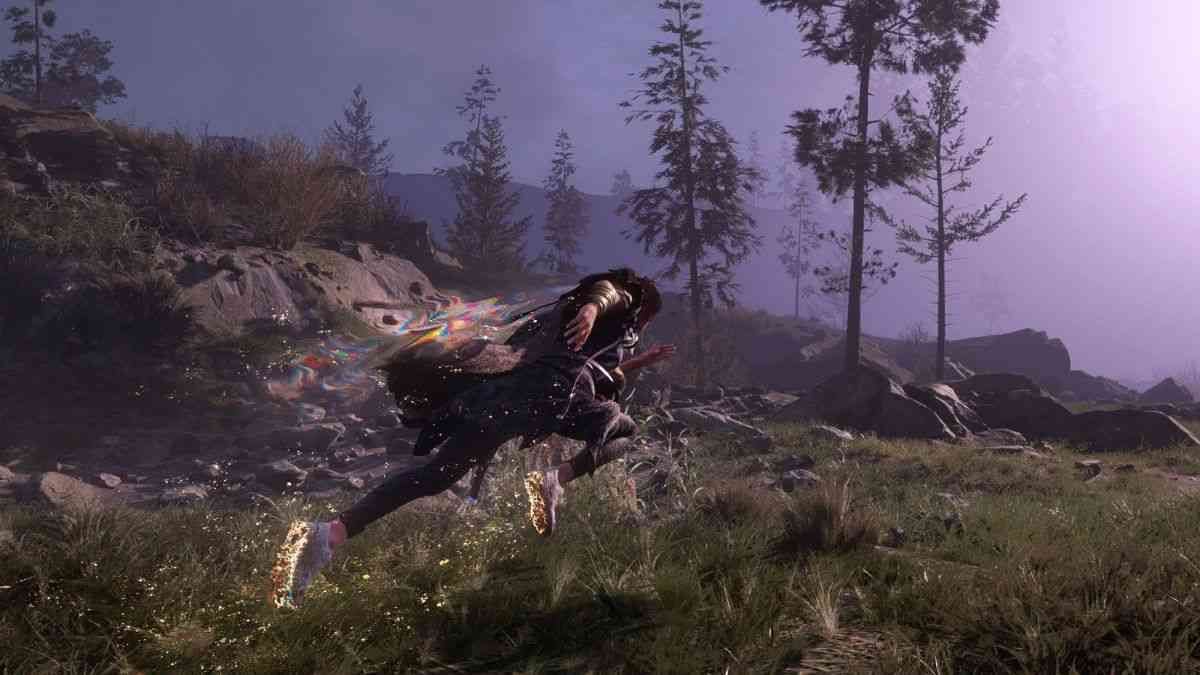 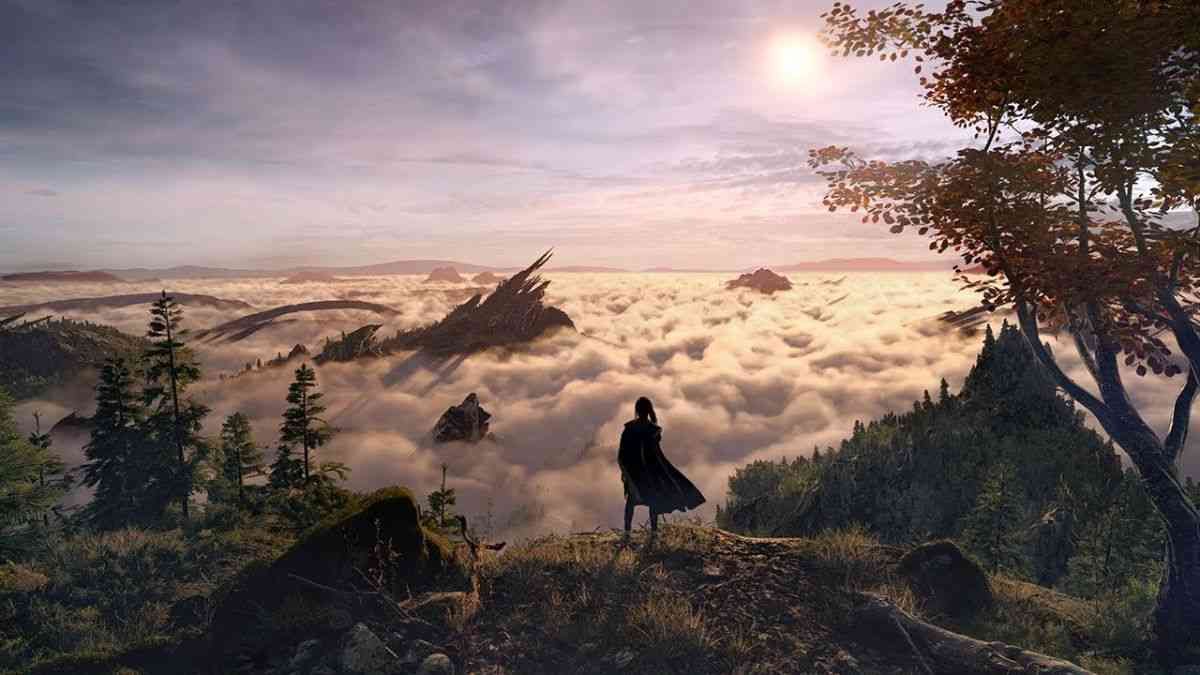 Forspoken is an upcoming action RPG by the makers of Final Fantasy 15. With strong visuals, a big focus on open world movement, and an intense magic system, Forspoken will try to provide the definitive fantasy experience for action game fans.

Forspoken is one of the most hotly anticipated games of 2023. With an early January release date, it promises to start off the new year with a bang. Marketing materials released on the internet show the game to be an ambitious open-world RPG that’s littered with modern touches. Above all else, though, the game seems to exude epic style. Between the splashy movement system, the particle-heavy visuals, and the ultramodern graphics, Forspoken seeks to reinvent what the modern game looks like.

Before we go further, it’s important to state that this page was written several months before the release of the game. While we’ve got plenty of trailers and public statements that we can analyze, there’s still plenty of room for surprises when the game actually launches in January. For example, we can’t know for certain how much emphasis is placed on different parts of the game. This means that the free-running open-world exploration that was showcased in the trailers might be a minor part of the early story, for example. Many games have big changes partway through the story. Forspoken might have a twist that makes the game incredible – or it might make some questionable decisions that ruin the game’s fun and make it a flop.

Forspoken’s approach to storytelling leans on modern trends. Unlike traditional RPGs in which you play a character from the game’s world, Forspoken lets you control a girl from New York named Frey who is inexplicably transported to the world of Athia. While the other residents of Athia are bothered by constant magical storms, Frey seems immune and can traverse the wilderness to fight evil. The heart of this storyline bears a strong resemblance to a trend in anime called “isekai,” where a modern protagonist is thrust into a fantasy world to do battle with evil.

While isekai plots might be new to triple-A games, Forspoken seems to be following in the footsteps of countless other games that combine cutting-edge graphics, open-world gameplay, and rpg-style upgrades. Games like Prototype, Crackdown, Shadow of Mordor, and countless others showed off the best graphics of their era while giving you powerful movement options and overpowered abilities. Many of these games were well reviewed at the time, meaning there’s good reason to be cautiously optimistic for Forspoken.

Speaking of visuals, the trailers for Forspoken look absolutely incredible. The world is rendered in painstaking detail, with craggy rocks, leafy trees, and stunning shadows. There’s some sort of HDR filter over everything, ensuring that each still of the game looks almost like an award-winning photo. It’s not clear how the engine will perform in combat situations, or if you can replicate the trailers’ graphical settings on realistic consumer hardware, but Forspoken certainly has the potential to be one of the best-looking games around.

In addition to the stunning environments, Forspoken has a completely over-the-top particle system that looks like someone took the graphics from a modern Final Fantasy game and turned them up to 11. Magic is incredibly splashy, with big, colored effects that dominate the screen. A whole slew of visual distortion accompanies these spells, with effects ranging from bloom to color bleed to some crazy RGB effects that help to sell the idea that your magic is big and impactful.

While this looks cool at first, it’s not clear how well this level of intensity will hold up over the course of a long play session. For one, the game’s HDR filters make it difficult to see what’s going on, since they darken the rest of the screen while magic is happening. The effects are also so incredibly obtrusive that it’s hard to imagine that you won’t get tired of them over the course of the game. You’ll be casting spells a LOT, meaning you’ll get to see the overblown visuals hundreds or thousands of times over a playthrough. Even if the flashy visuals are flawlessly optimized, you’ll still probably get bored with the lights on the screen before you’re done.

Magic seems to be the heart of Forspoken. Frey uses the elements to defeat foes, using her magical bracelet to weave effects that can damage, hinder, or displace enemies. Magic is also used for overland traversal, and you’ll be required to balance your mana consumption as you zoop around the world. Luckily, there are patches of floating mana in the world that you can pick up to refill your bar, but the game’s big free-roaming open-world aspect seems a lot worse when you realize you’ll have to path between magic pickups or purchase character upgrades to reduce mana costs.

Trailers have showcased Frey combining magical effects to increase their effectiveness. Some enemies might be weak to fire, for example, while others are best defeated by combining spells of different elements. Frey’s combat abilities come in various flavors, from at-will spells that can be shot off whenever you like to big, game-changing abilities that have long cooldowns. You’ll also be able to upgrade and enhance your magic over the course of the game, giving you a plethora of combat options for every situation.

Forspoken has gathered some online criticism due to its price model. Not only is DLC being sold before the game is out, but it’s also one of the first AAA games to use a new price point of $70. We’ve seen this change brewing for a while now, but it’s still something that will take some getting used to. Between this price increase, awkward dialogue, and big performance issues hinted at in several trailers, there are plenty of online discussions that are very negative on Forspoken. We can’t verify any of these complaints before the game is out (and besides, even the best games have some awkward dialogue every once in a while), but it might be a good idea to wait until the game has been out for a day or two before you buy it. In the modern gaming climate, there will probably be a week two patch that fixes a lot of bugs and massively improves the gameplay experience.

Are you a Forspoken fan? What elements of the game excite you the most? What enemies or spells are you looking forward to? Let us know in the comments below!