* For reference, The Watch Dogs 2 game Reviews websites are all approved, there are no viruses and malware.

* For reference, The Watch Dogs 2 game purchase URL is the Amazon website, please feel safe to get it. 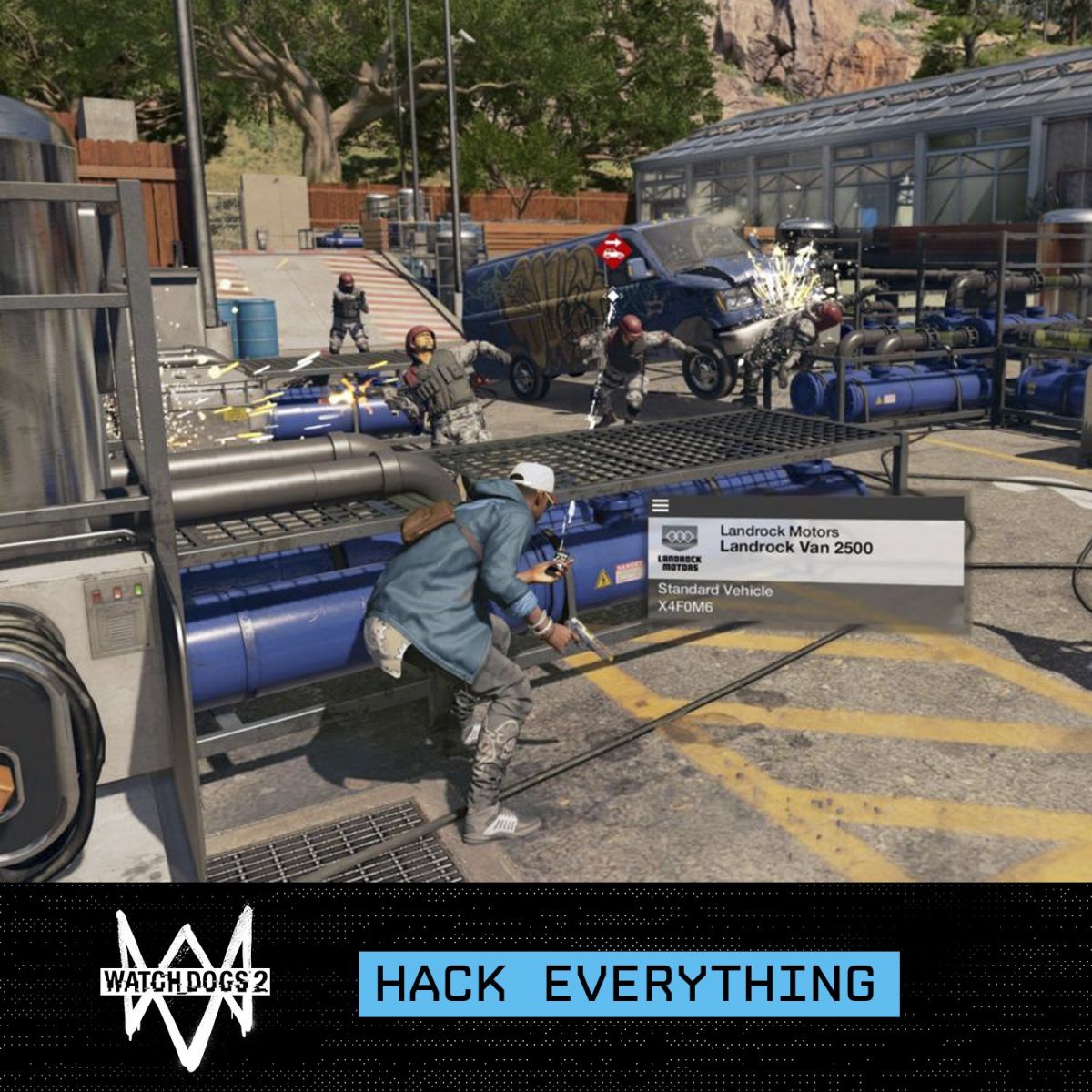 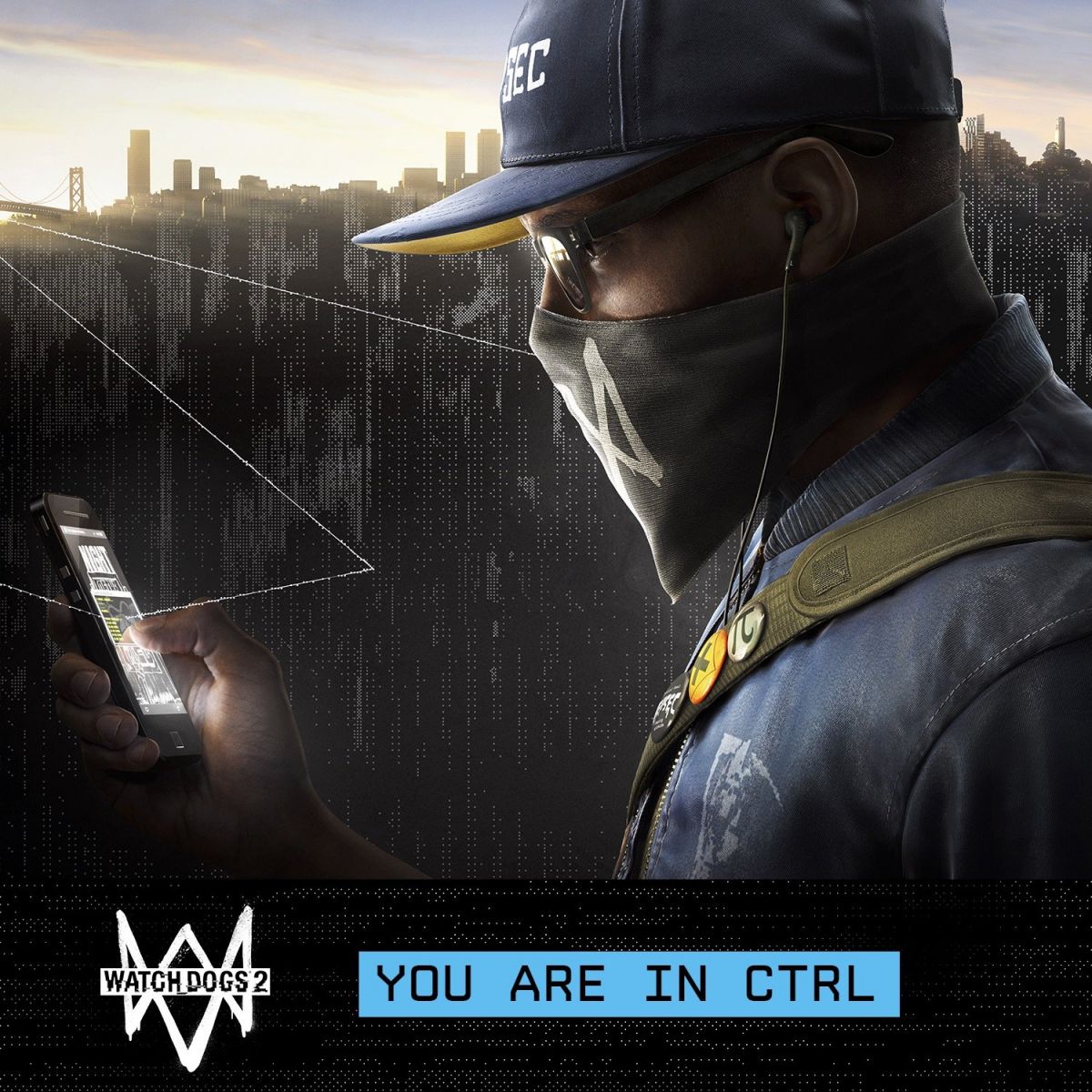 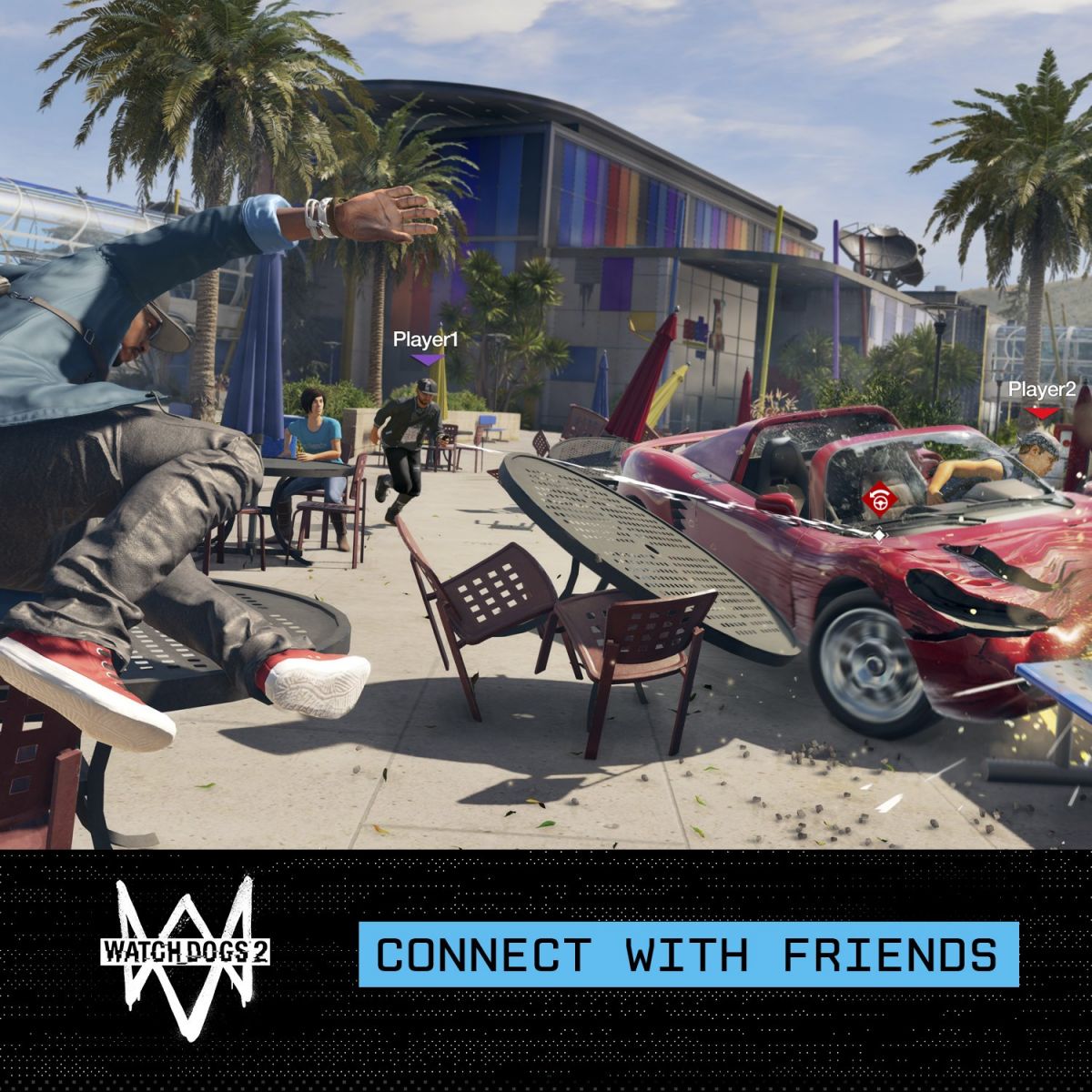 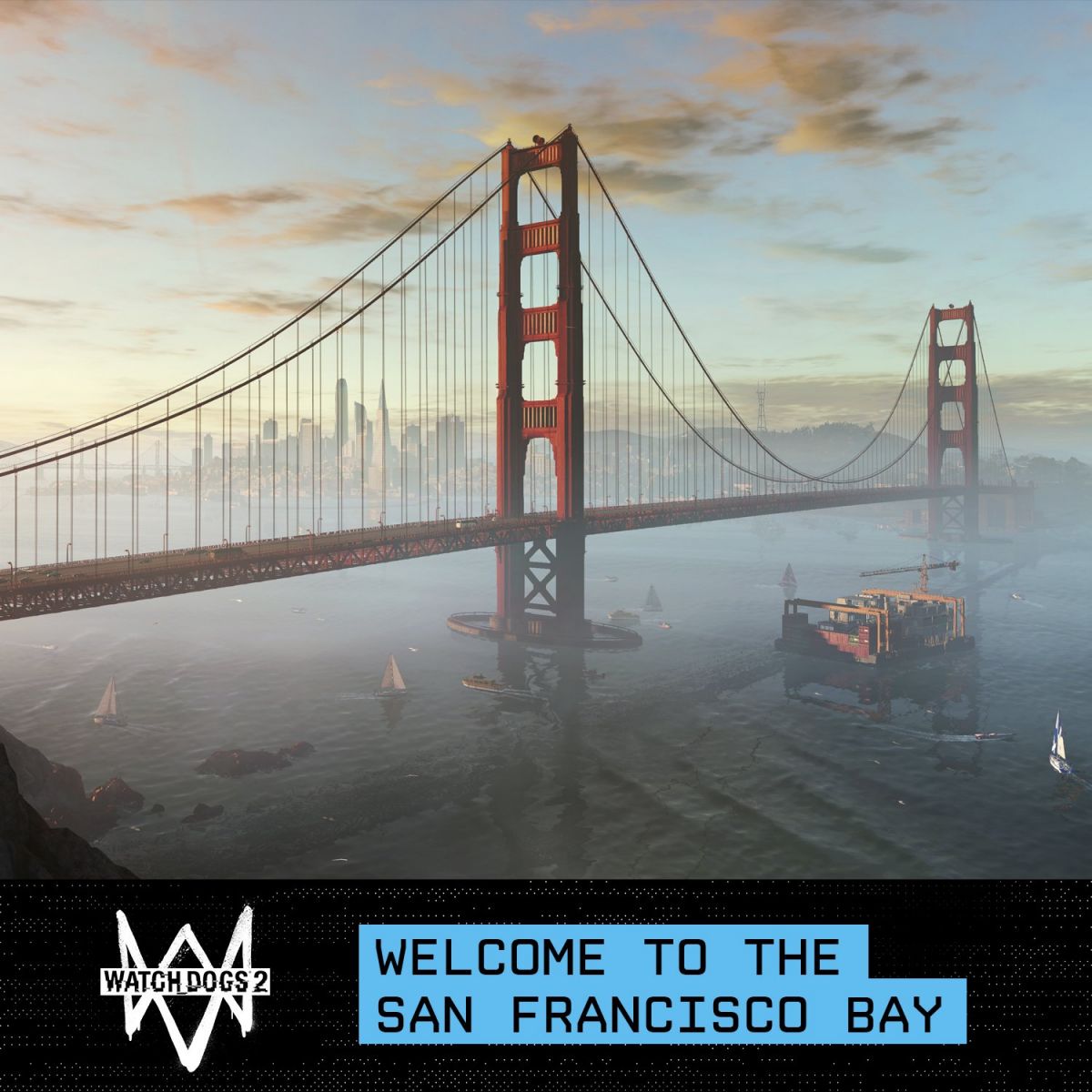 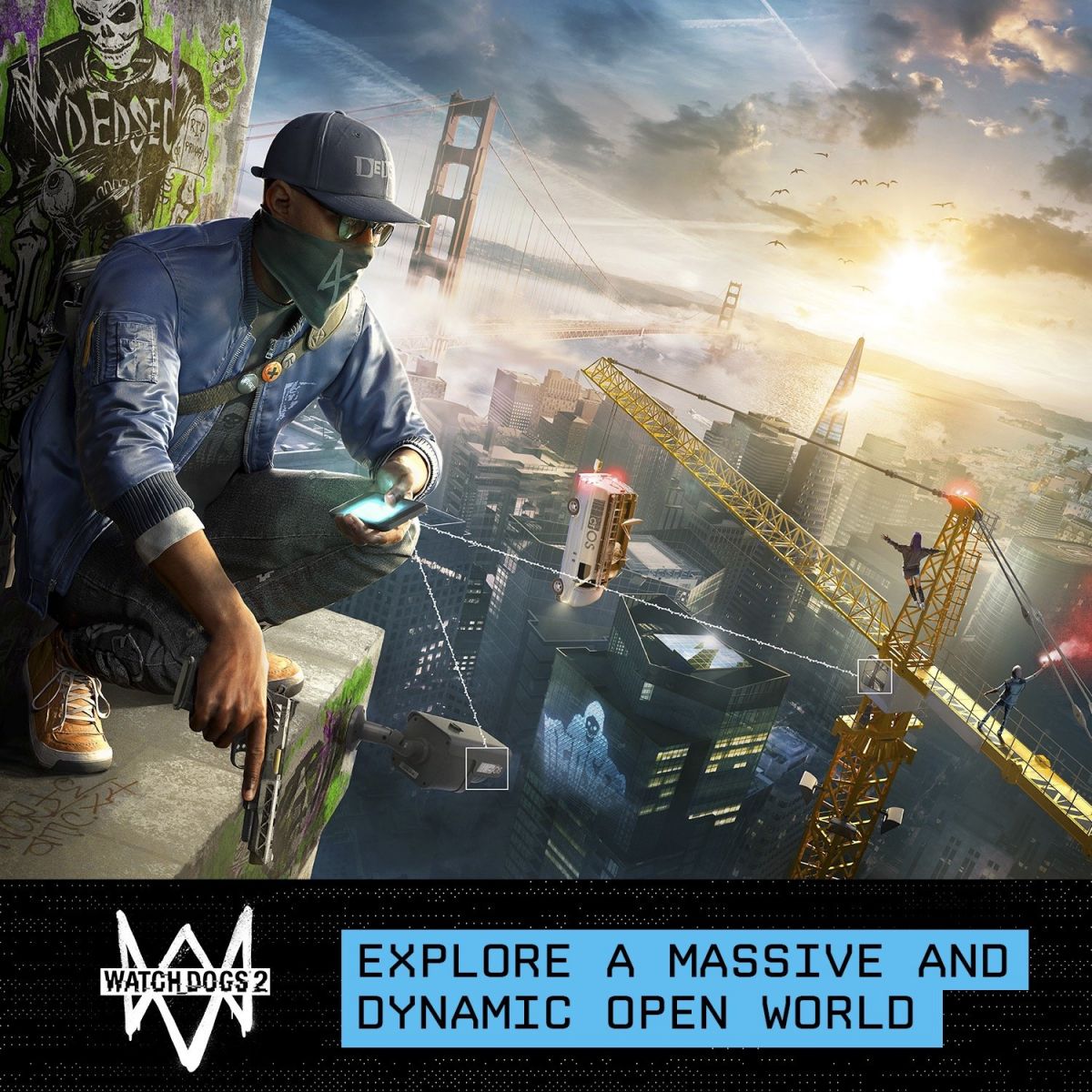 Defeat "Big Brother" and hack the heck out of San Francisco while you're at it!

Two years after the controversy surrounding Watch Dogs and its infamous graphical downgrade, it seems that the guys over at Ubisoft learned their lesson. Consequently, Watch Dogs 2 was not as hyped as the first one before its release, which probably contributed to its overall good reception.

Now, it must be said that I enjoyed the first game, all things considered (it's one of my guilty pleasures). Chicago's cold and grim atmosphere, coupled with Aidan Pierce's somber character, managed to move me the right way, though they may conceivably dishearten some players. I, for one, found these elements in the first release oddly charming.

Aidan Pierce - the first game's protagonist- has been very maligned over the years for his supposed "lack of personality", but I didn't find him as annoying (or perhaps I'm just trying to be a contrarian, just like DedSec!) As for Marcus - the second game's playable character - Ubisoft strived to make him more likable and relatable. If you ask me, I would say Marcus was "nice", but nothing to brag about.

I also felt that this game lacked some of the originality of the first game, while ironically improving upon many of its ideas and features. Perhaps it had to do with its suspicious resemblance to GTA V. However, this is just my personal observation.

The first game, while not having the graphical polish, looked like it attempted to be its own thing while retaining the sandbox elements typical of GTA games, for better or for worse. Watch Dogs 2, on the other hand, brought some great proposals to the table, but nothing too innovative.

On another note, I must say the visuals are stunningly beautiful. Contrasted with the grayness prevalent in Watch Dogs, colors pop out of the screen in Watch Dogs 2. I fell in love with this virtual representation of San Francisco, its intense turquoise sea, and its vivid vegetation after my first hour of game time. Moreover, the indoors were some of the best I've seen in any open-world game but, alas, there are only a handful of enterable buildings here.

My second praise goes to AI. Here, the world feels alive. You'll see people walking their dogs, doing yoga, or playing guitar while sitting on the grass. Pedestrians will also react to events around them in very realistic ways. For example, upon witnessing a crime, instead of running (as is usually the case in these types of games). they would sometimes pull out their mobile phone to call the cops, Many of these AI perks were already present in the first game, but this game shows many improvements in this regard.

Furthermore, you can garner people's attention thanks to the new "Emote" system. To illustrate, if you dance, they may compliment you and take photos/videos. On the flip side, if you mock them or laugh at them, they could get offended and physically assault you. These are gimmicks, for sure, but they complement the gameplay in a significant way.

Hacking has also been overhauled in this version, with new tools and hackable objects at your disposal. Hacking was placed at the forefront in this game. In Watch Dogs 1, hacking was merely a bonus ability Aiden had, with shooting being the main focus (which is expected since the story of that game centered on revenge). In this game, on the other hand, Marcus had a starkly different motivation and, with that, a different approach that would favor hacking and stealth over cold-blooded murder.

Watch Dogs 2 is an open-world sandbox game that's played from a third-person perspective. It's set in modern-day San Francisco (a compacted version of it, at least) and you can access virtually all parts of the city from the start.

You play as Marcus Holloway, a hacker who was charged with a crime he didn't commit by the new version of the "central Operating System" (ctOS), a supercomputer developed by tech company Blume that binds every device in the city into a single unit. In retaliation, he joins DedSec, a "hacktivist" organization bent on putting an end to Blume's arbitrary technocratic regime.

The game opens up after a scripted scene of Marcus' DedSec initiation test inside a Blume server farm, in which you're introduced to the game's main gameplay mechanics and the basics of hacking. You'll also meet your DedSec team, to wit: Sitara Dhawa, Horatio Carlin, Josh Sauchak, and the iconic "Wrench" with his trademark electronic mask.

You'll have access to a plethora of features via the in-game smartphone, such as Car On-Demand (by which you can order vehicles from a car contact that hacks cars' registries to transfer ownership over to you), a camera, "Nudle Maps" (the game's version of Google Maps), a Media Player, and many others relative to multiplayer and contracts.

As for the hacking itself, it's still a nice twist to the GTA formula. Hacking abilities were expanded in this game, giving you almost unlimited ways to cause chaos, as opposed to the more constrained options you were given in the first game. For example, you can remotely control various "toys" to do eavesdropping or surveillance work, such as the RC Jumper (a small 2-wheeler robot that can enter vents, ducts, and gaps) and the quadcopter (a drone that allows you to reach places that the jumper can't).

Finally, apart from the main story missions, you can engage in various side activities such as street races or intel side quests. You can get them either via the DedSec app or Operation Intel points scattered across the map.

Watch Dogs 2 has been touted as being everything that the first game should have been. It offers lots of fun and engaging ways of interacting with the world, and the characters are relatable in their own freaky way. It may borrow too many things from GTA V but still manages to remain somewhat fresh thanks to the hacking features I described above. If you loved GTA V, I definitely recommend that you try this one out!

Are you having a "hack" ton of fun with this game? Let me know in the comments below!