* For reference, The Final Fantasy X|X-2 game Reviews websites are all approved, there are no viruses and malware.

* For reference, The Final Fantasy X|X-2 game purchase URL is the Amazon website, please feel safe to get it. 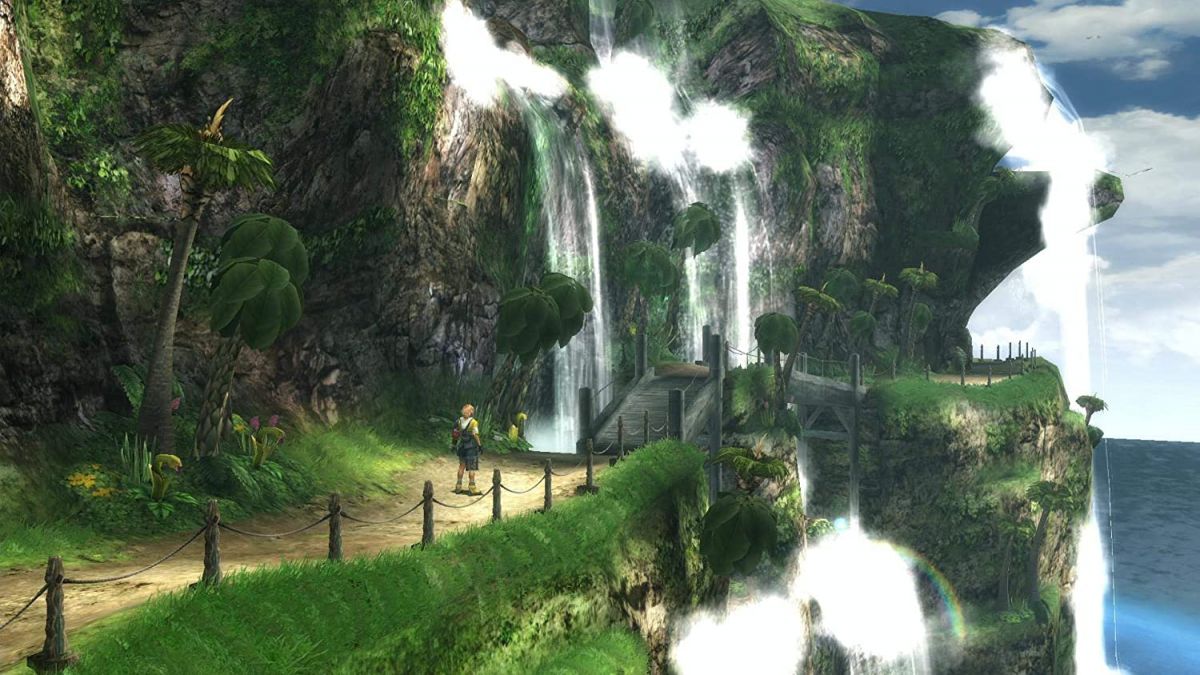 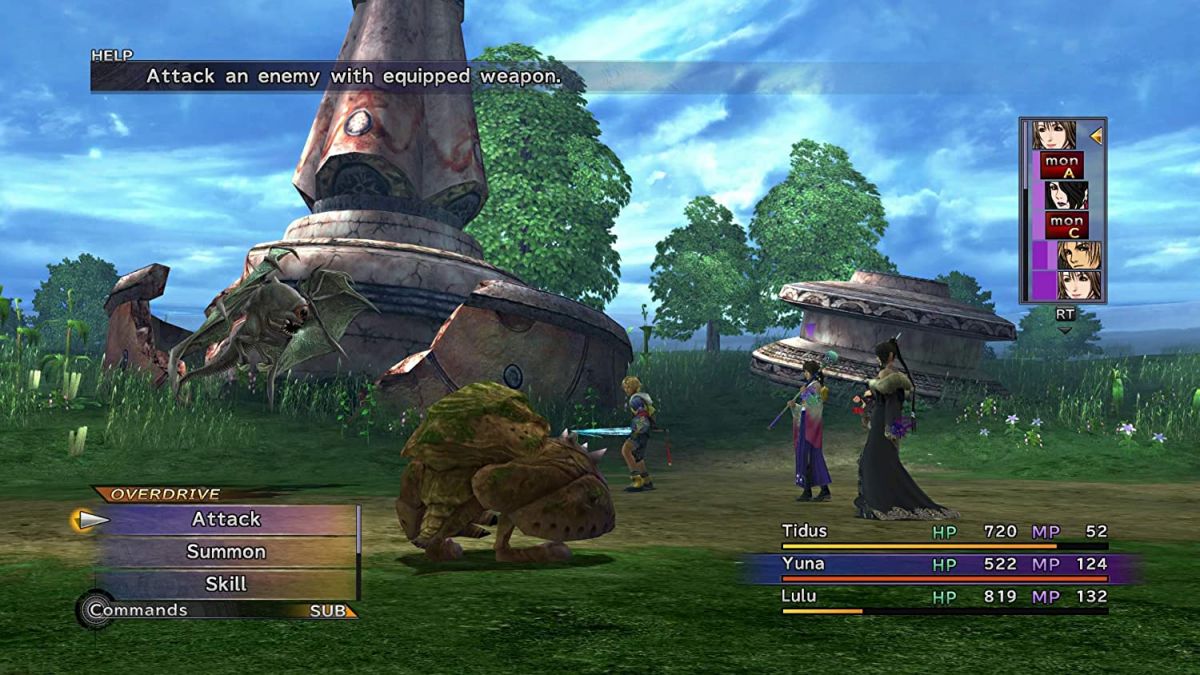 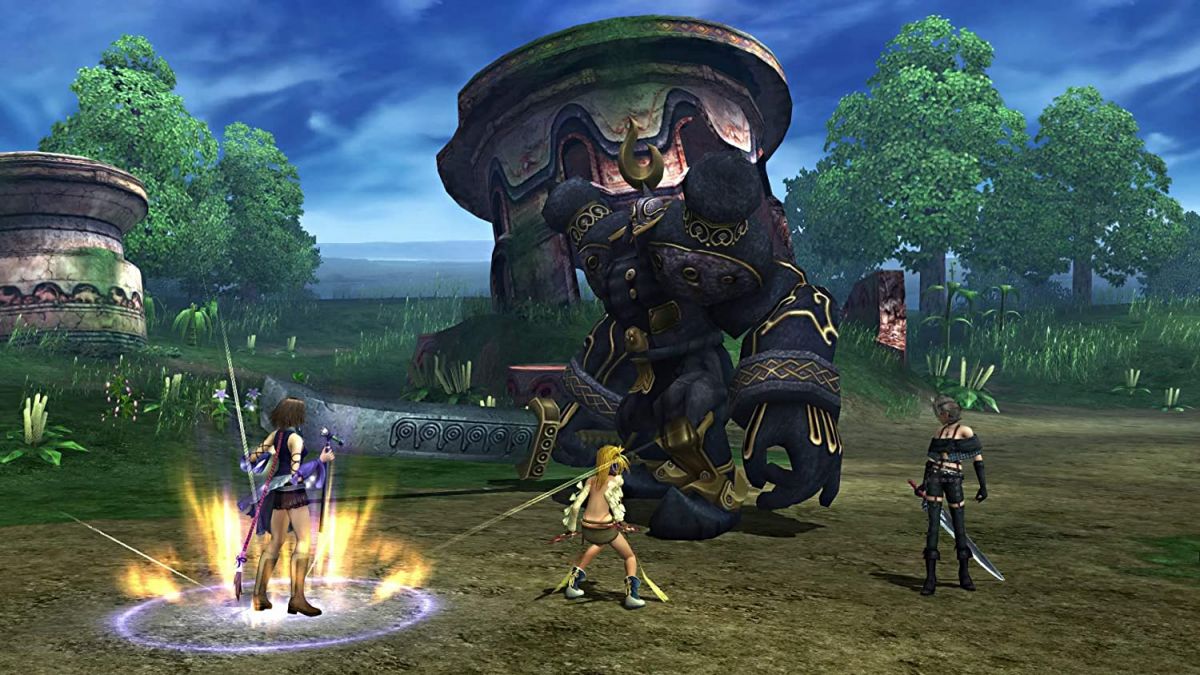 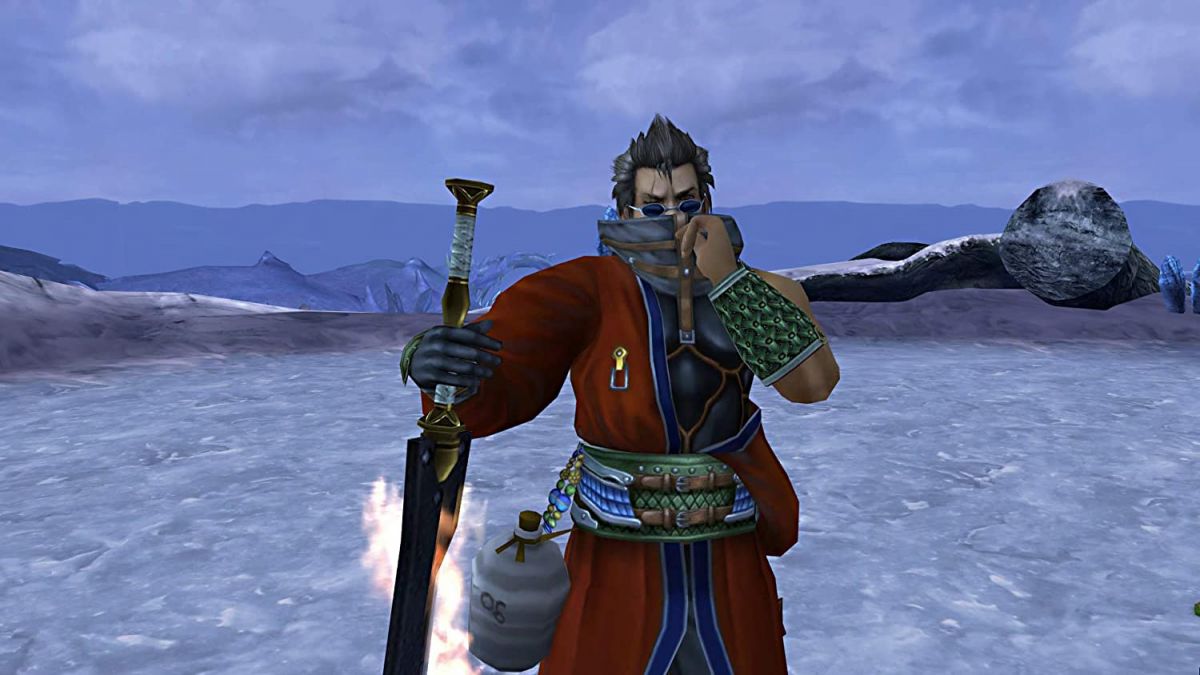 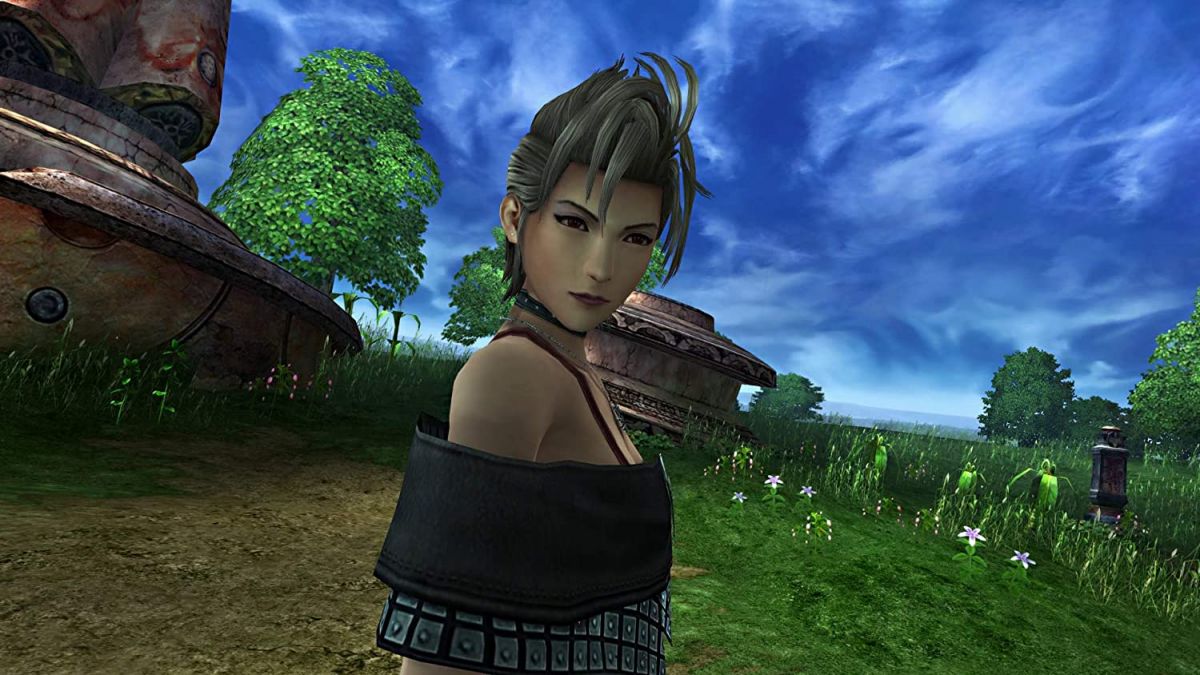 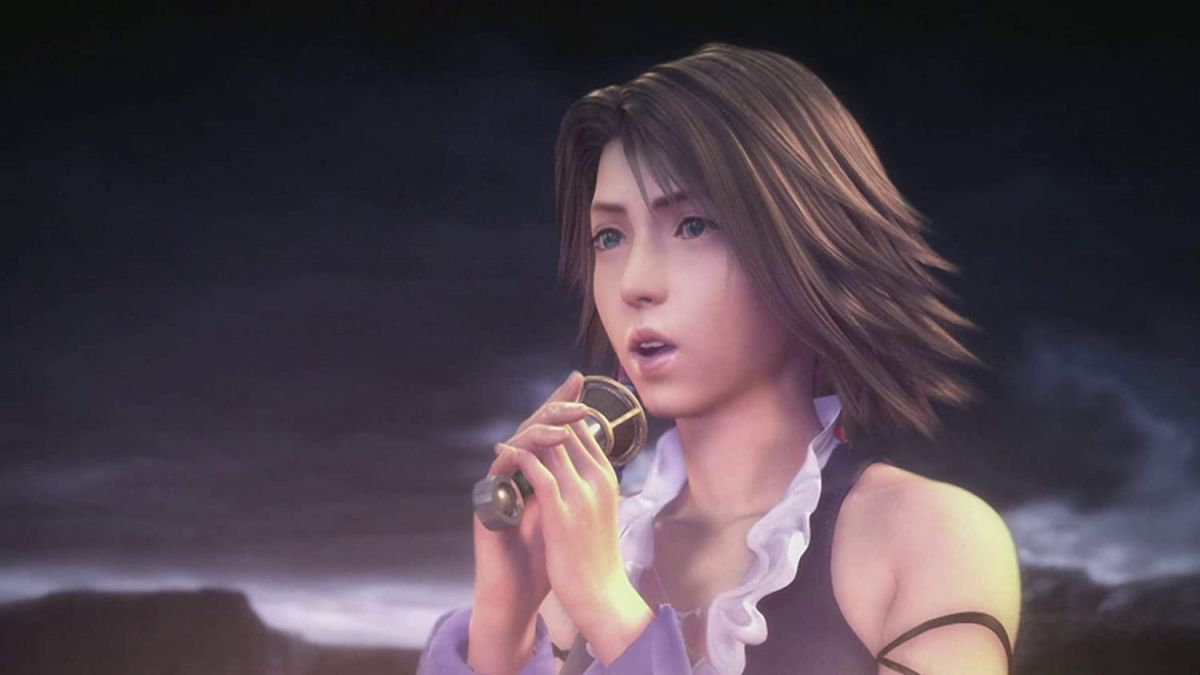 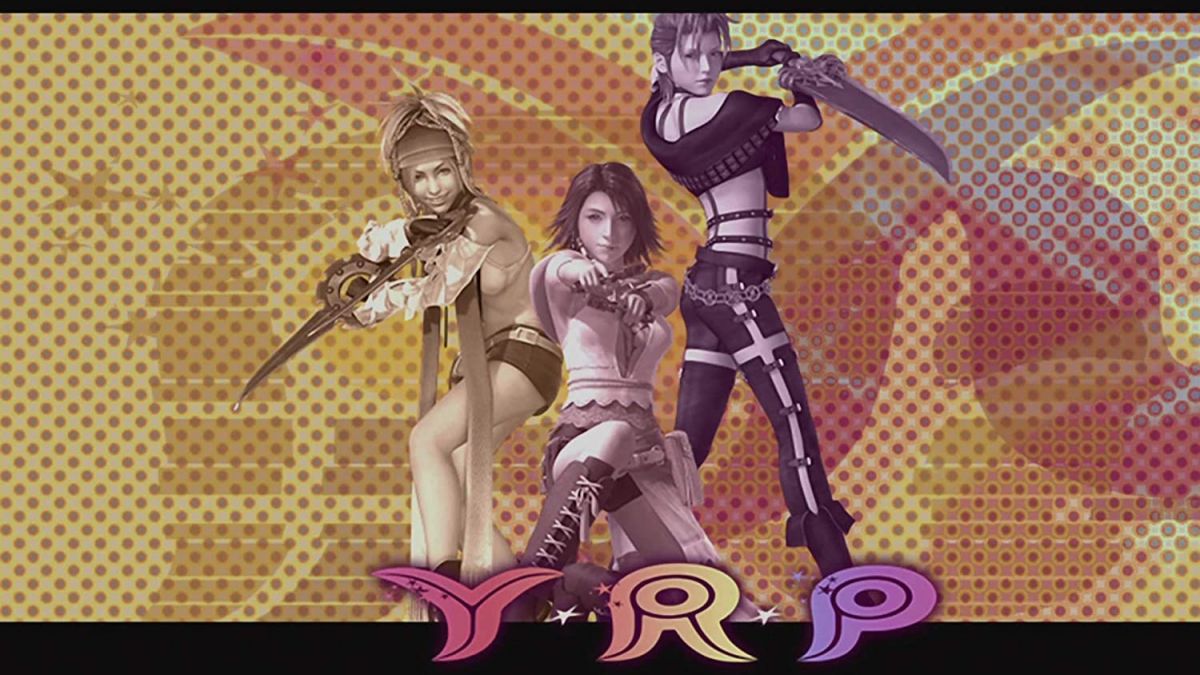 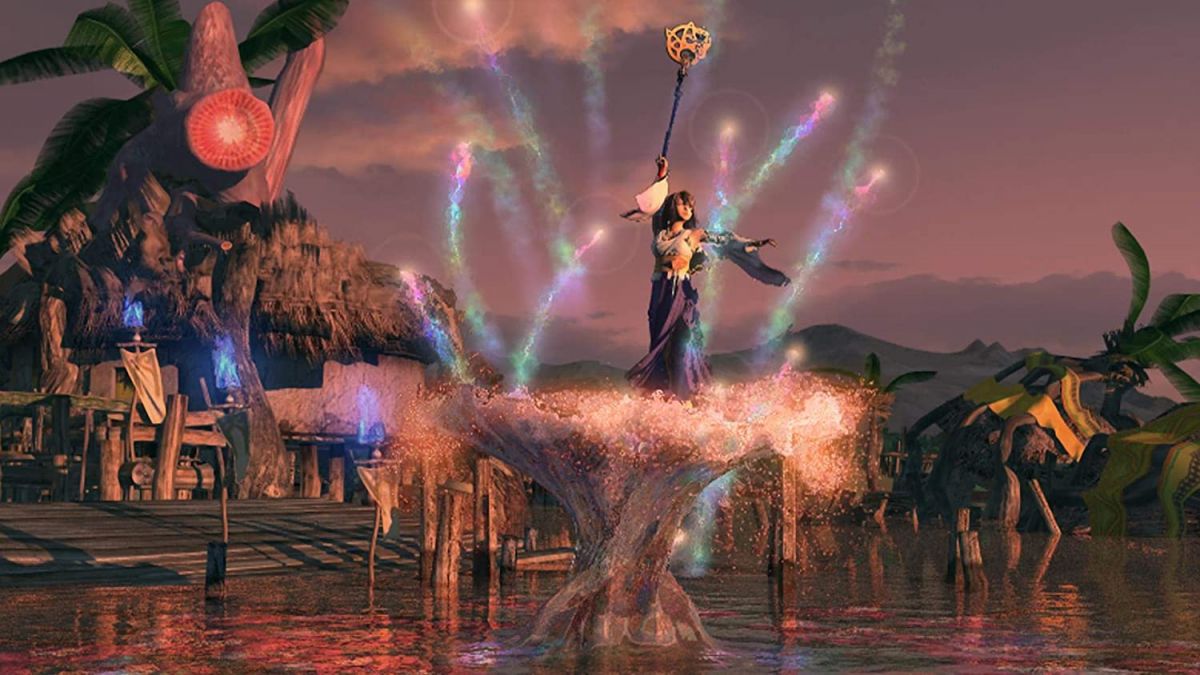 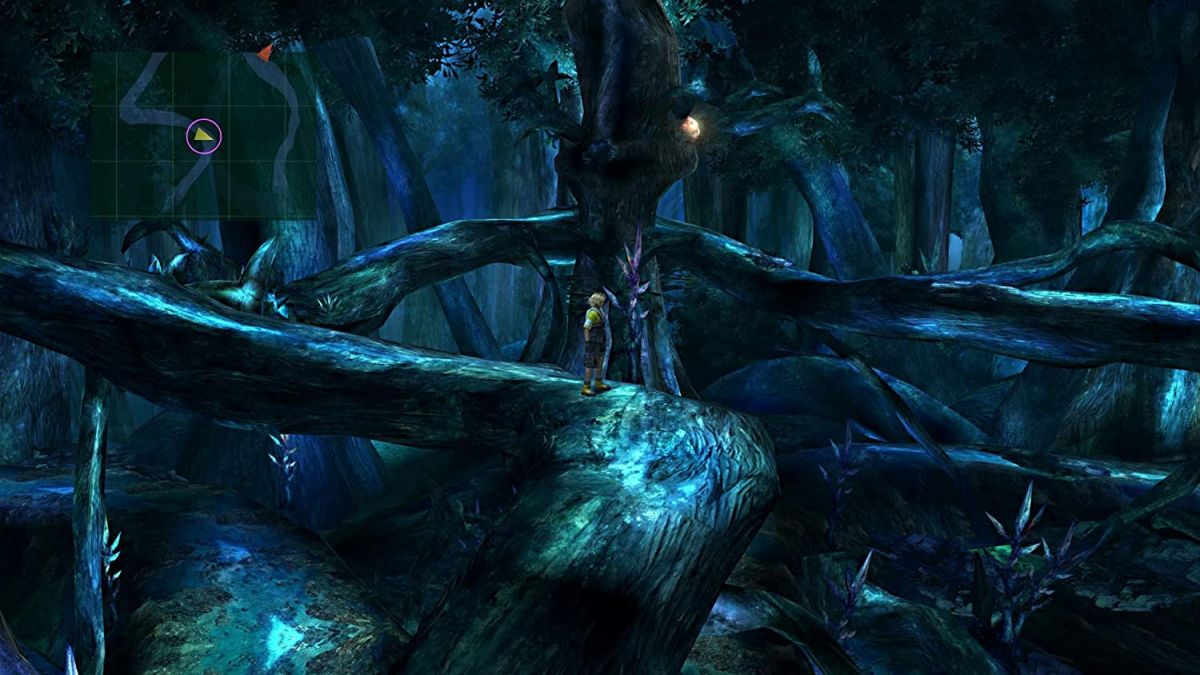 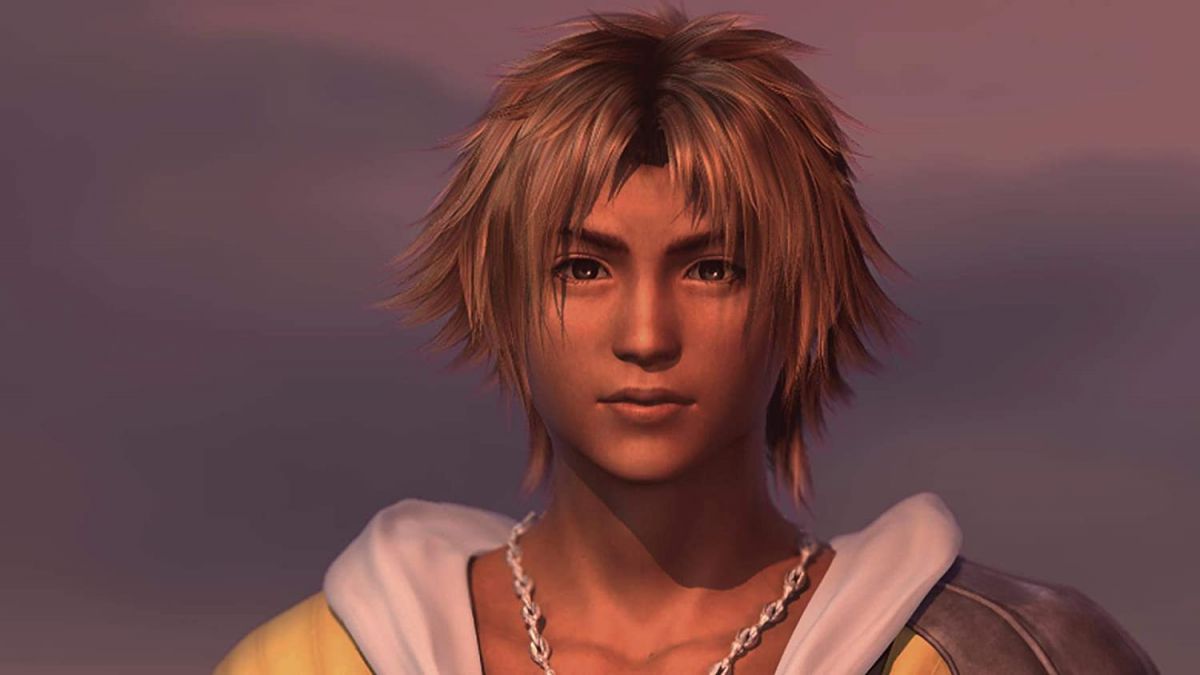 Final Fantasy X is perhaps the most influential JRPG, ever. Experience the game that marked a pivot from text-heavy, turn-based Final Fantasy games into the fully-voice acted, real-time experiences that the series is known for today.

The Final Fantasy series is known for its epic storytelling, involved gameplay, and repeated motifs across a myriad of visually stunning worlds. Final Fantasy X (and the sequel X-2) are no different. Final Fantasy X focuses on an entity known as Sin, an incredibly powerful threat that brings about a cycle of destruction to the world of Spira. Over the course of the game, you get to lead a party of adventurers on various pilgrimages to stop Sin for good, freeing Spira from the clutches of evil.

Final Fantasy X and X-2 are among the last Final Fantasy games to use turn-based combat. Final Fantasy 11 was an MMORPG, while Final Fantasy 12 utilized a real-time battle system that served as a prototype to revamp the whole series. This makes Final Fantasy X an incredibly interesting game from a historical standpoint, as it’s the most recent and arguably best implementation of the old style of combat.

While Final Fantasy X and X-2 were the last games to use the old system of combat, they’re the first in the series to have fully-voiced dialogue. While Square Enix’s inexperience shows in some of the voice acting and delivery and the dialogue can be a bit campy at times, the fact that you get to hear characters makes a big difference in the impact of the story. When paired with FFX’s story beats, this system makes the game’s storytelling incredibly powerful.

One of the biggest complaints about Final Fantasy X is the sheer length of the game. Between about 10 hours of cutscenes and dialogue, difficult puzzles and bosses at awkward times, and random encounters slowing down your progression through zones, the game can take well over 50 hours to beat. This can either be a plus or a minus, depending on your goals. If you’re just trying to get through the game to experience the story, you’ll probably be frustrated by the pace at times. If you’re a JRPG fan and you don’t mind a bit of grinding, however, you’ll likely love the extra content that you get to experience.

Both Final Fantasy X and X-2 have flexible class systems for party members, enabling you to perform just about any action with just about any character. X uses a system called the “sphere grid,” which is a massive array of learnable skills that lets you specialize any character to do anything you want. The catch here is that each character starts in a different place in the grid, meaning it’s much easier for some characters to specialize in some roles. In X-2, by contrast, you can switch classes on the fly by changing outfits, even mid-battle.

Final Fantasy X isn’t the hardest game around, but getting stuck can make the already-long title a massive slog. Here are a few tips that you can use to make your experience in the game more streamlined and fun.

First, try not to focus on grinding. The game’s difficulty curve will keep you at about the right level if you just play through the game normally, and completing side missions or getting lost will naturally push you a bit beyond that. This means that you should hold off on fighting for the sake of fighting unless you’re trying to level up a specific party member or hit a specific goal.

In terms of party members, don’t feel obligated to level everyone up. The more swapping you do to juggle experience, the faster you’ll get tired of the game’s combat system. Try to use a core team of characters and level one or two more, at max. In terms of the sphere grid, remember that making long treks to pick up faraway abilities gets expensive. It’s totally fine to splash some unusual skills on a few characters, but swapping roles for the sake of it will make the game harder than it needs to be.

Finally, don’t play Blitzball if you can avoid it. The first match is a nearly scripted loss. Afterward, the game will entice you to play underwater soccer at various stages, but it’s totally optional. While you can come back at a higher level with some gold and buy a team of star players, don’t feel compelled to finish all of the Blitzball content. It’s an optional system that many fans of the series don’t enjoy much.

Final Fantasy X has an incredibly unique system for switching out characters. The game attempts to reward specialization by allowing you to switch out characters at any time. This means that you can run three powerful damage dealers and swap in a healer when they get low, pull out a special spell for a given encounter and then have the caster switch out for someone else, or experiment with new characters and weapons while having your “serious” team in reserve, able to come in at a moment’s notice. The downside here is that characters only earn experience while they’re on the field, meaning you’ll have to juggle your party in order to level everyone up at the same rate.

The story, accessibility features, and more modern gameplay make Final Fantasy X a great way for new players to experience the style and story of some of the older games. While X-2 is less serious, it’s a fun continuation of Final Fantasy X’s powerful story that lets you spend a little more time with the characters. If you’re a fan of JRPGs, be sure to check both of these games out. They’re a bit long, but they’re more than worth it.

Are you a Final Fantasy X / X-2 expert? Who were your favorite characters? Did you prefer the serious style of X or the campy style of X-2? What are your favorite games in the series? Let us know in the comments below!