* For reference, The PAW Patrol Air and Sea game Reviews websites are all approved, there are no viruses and malware.

* For reference, The PAW Patrol Air and Sea game purchase URL is the Amazon website, please feel safe to get it. 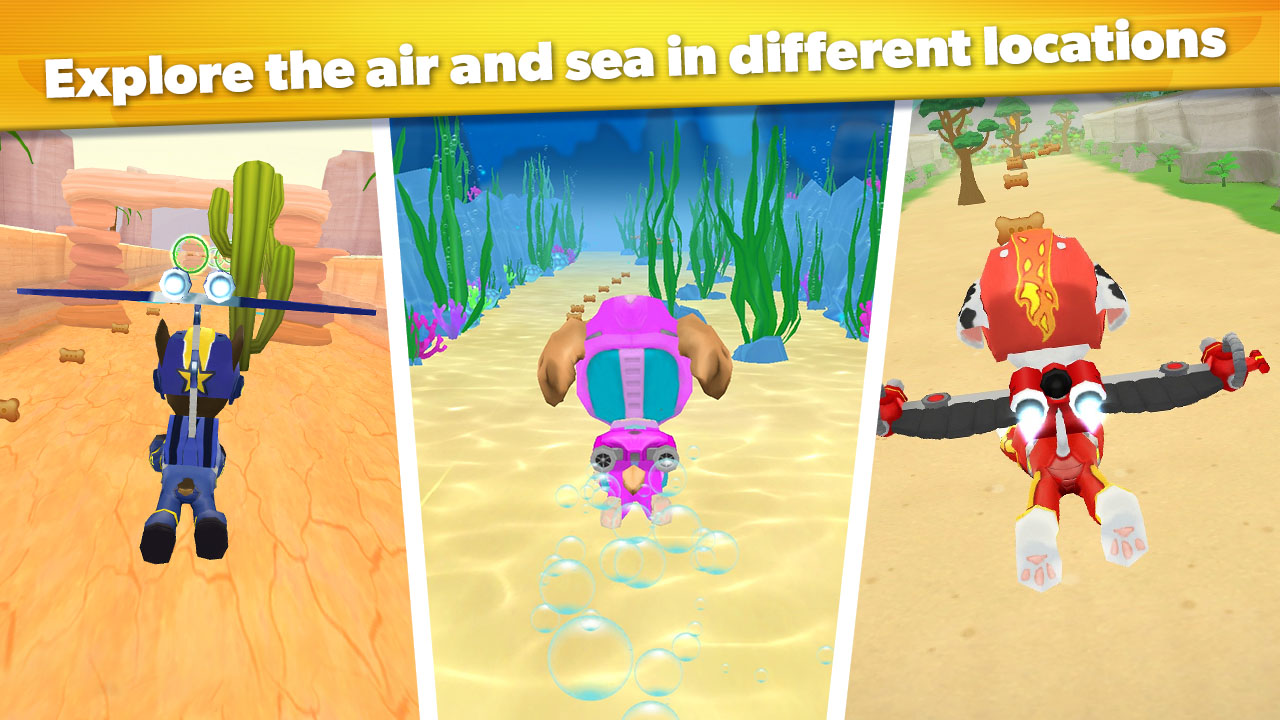 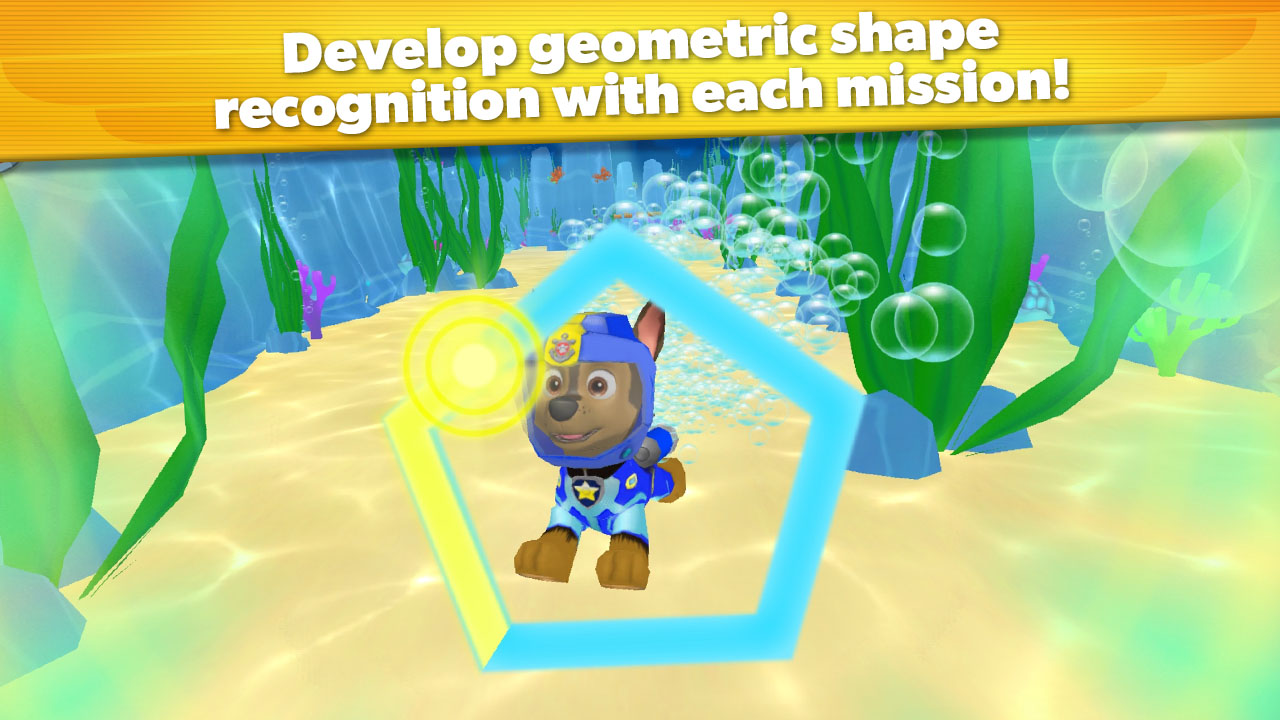 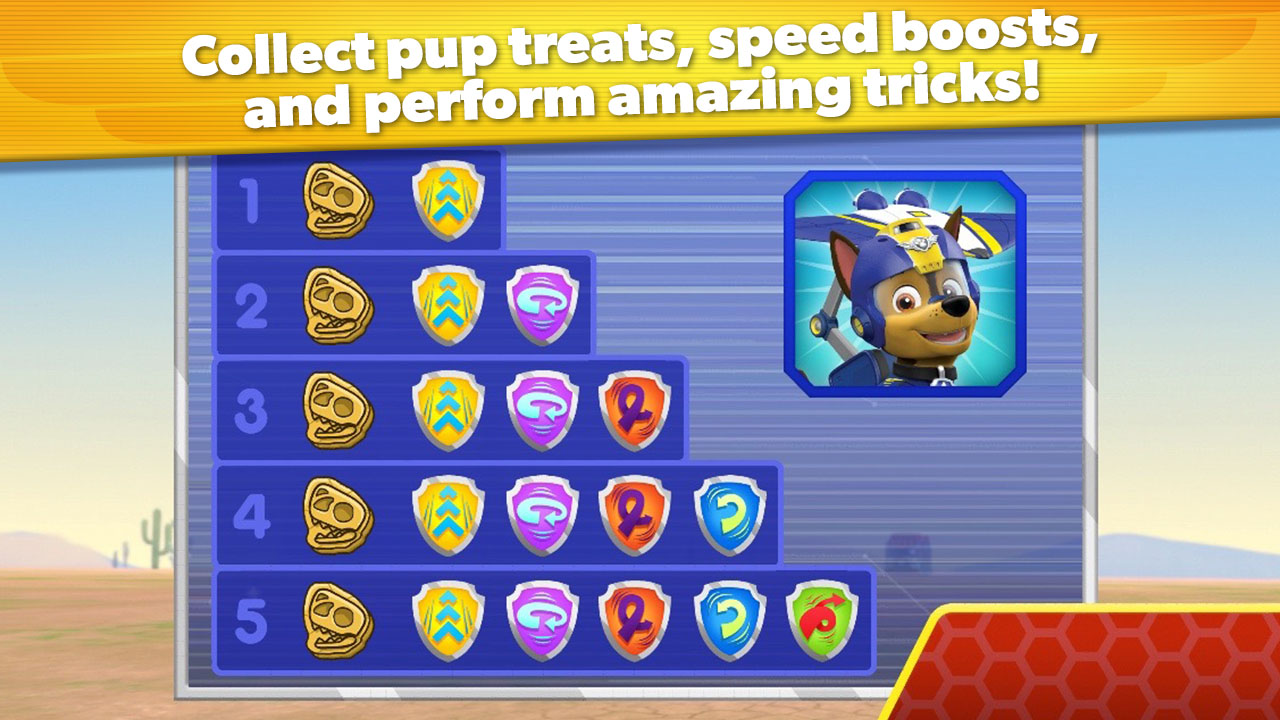 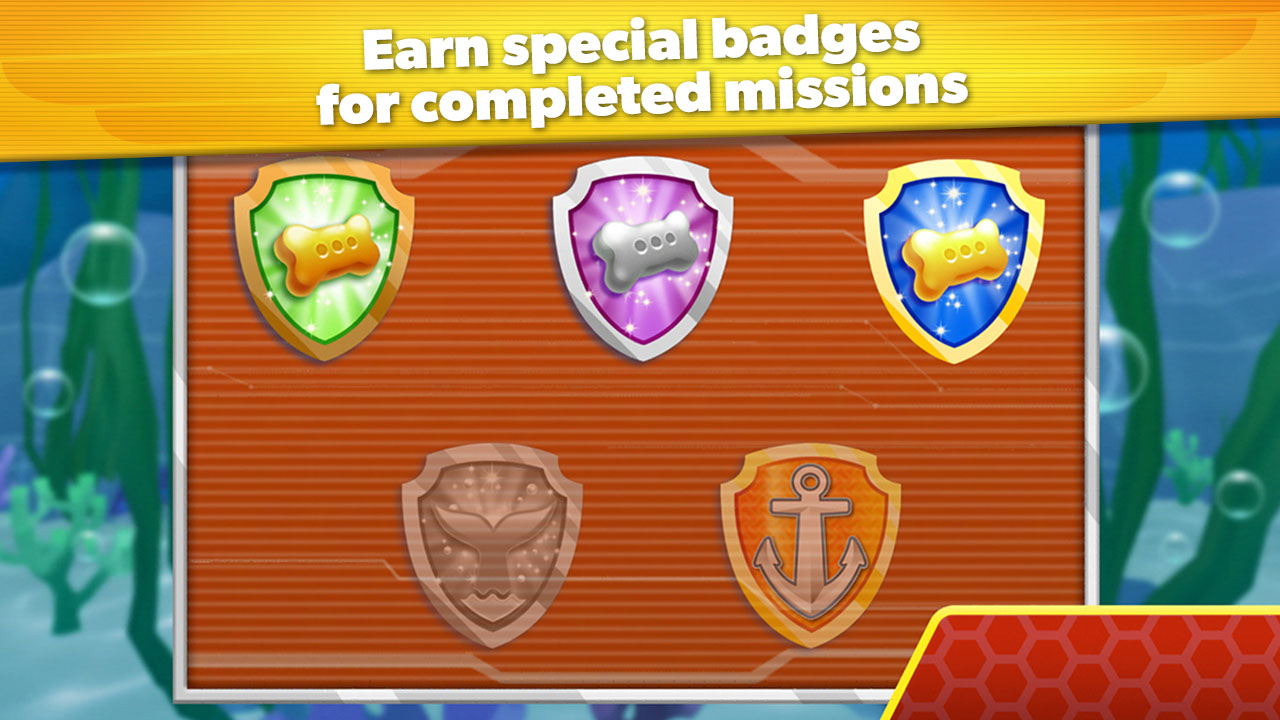 In Paw Patrol: Air & Sea, no job too big, no pup is too small to learn math and save the day!

Paw Patrol: Air & Sea is a children's game that secretly teaches pre-schoolers math skills. The game starts with 4 badges with shapes: circle, square, triangle and diamond. Each shape is a profile, so you can have up to 4 children's profile for the game. The first part of the game is the Air adventures, while the Sea adventures require a purchase upgrade.

The 6 original team members in Paw Patrol are: Rocky, Rubble, Marshall, Chase, Skye and Zuma. Each pup has a special skill, so each pop will have a different aim that corresponds to their talent. There are 5 levels in each pup's location, so there will be 30 levels in the Air section but a little less in the Sea Adventures. Paw Patrol is set in Adventure Bay, where the team helps the people with problems around the city.

Skye is a girl dog who likes to fly. Zuma is a water rescuer dog. Chase is a police dog. Rocky is the Eco pup who always has resources to reuse. Rubble is a digger dog. Finally, Marshall is a firefighter dog. Their leader, Ryder, is the one giving the command in Paw Patrol: Air and Sea. The dogs have different quests in the game, and you need to complete it while collecting treats to gain badges.

The background music in the game is Paw Patrol's upbeat theme song. Ryder will give words for encouragement and directions at certain times. To play, use the finger to swipe right, left, up and down, as the pup automatically moves forward. Avoid hitting obstacles like rocks and trees as the pup collects treats and quest items to win the level.

Paw Patrol: Air & Sea is based on an animated series about a young boy with his 6 special puppies. Hence, the game's aim is also about saving the day by working together as a team. Ryder will give instructions to each puppy, and you will have to complete the tasks that he has given you. Each pup has a different story line in the game: stopping a disaster or helping another animal in need. The team has to use their special talents to collect items, and when they find the special object, the finger tracing gesture will pop up. The child has to trace the object successfully for the pup to advance.

The puppies will move when you are at the choosing screen. The spotlight will shine on a dog when you tap on the dog, and Ryder will name the dog that you pick. Tap play to start the mission with the pup. As the game loads, Ryder explains what has happened and why he needs your help. Ryder will tell you the mission of the game as the pup moves forward, and he will remind you now again. Each level is about 2 minutes long.

Paw Patrol: Air & Sea is mainly for children below 7 years old, and the game repeats lessons because that is how children learn best. There are 5 levels in the game, and the levels are clearly marked 1 to 5 to help children keep track of where they are.

The game uses concepts like shape and number recognition, and encourages counting and enumeration so that a child can be familiar with mathematics. To pass levels successfully, you would have to be able to understand simple instructions and be able to trace gestures. Paw Patrol: Air and Sea helps prepare children by encouraging them to count and recognise shapes and numbers.

There are badges besides quest items on the level. You can replay the level if you missed the bonus objects. Use the finger to trace shapes to collect the quest items. Collecting special badges during the level will allow the pup to perform special skills like 360 spin and loop-de-loop.

Once a pup finishes all 5 levels, you tap on a different pup to begin a different quest. If you want to change the pup in the middle of the level, tap on the top left button and you will end up on the screen with the puppies. You can return to the pup later if it is too difficult.

To keep the child interested, there is something interesting every 15 seconds in the game. There could be a badge to collect, or the special item, or the green circle that collects all the treats when you pass through it. The pup will say something as it moves forward, keeping the game interesting.

If your child hits an obstacle, the puppy merely stops in its tracks and veers a little. As the puppy moves forward, the child can navigate to the right, left, up or down from the hurdle. The game recognises that children have less fine motor control, and the puppies will drift away from the obstacle even if the child does nothing. The pup does not get damaged or lose any points when it hits an obstacle.

When you finish the mission, Ryder will count the items that the puppy has collected slowly. The game repeats that section with every level to help familiarize counting and number skills. The shape tracing will be harder as the child levels up.

Paw Patrol: Air & Sea uses the popular team of Paw Patrol to teach kids mathematics. It is an easy and fun way to reinforce the knowledge and thinking skills before your child starts school. The game is fun and is quick to play, keeping a young child entertained while it teaches shapes and numbers. You can replay the game by creating a new profile, or just replay a level to collect more pup treats. While the game is straightforward and has 30 levels, your child can repeat their math lesson while helping the citizens of Adventure Bay.