* For reference, The Bloons TD Battles game Reviews websites are all approved, there are no viruses and malware. 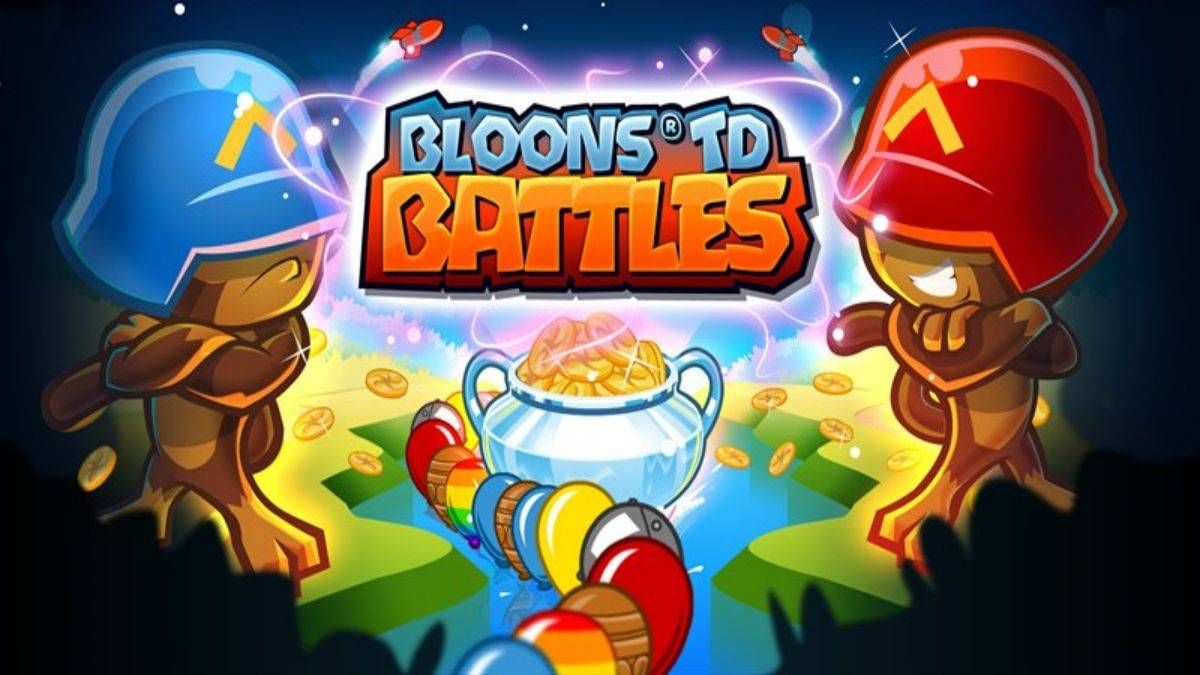 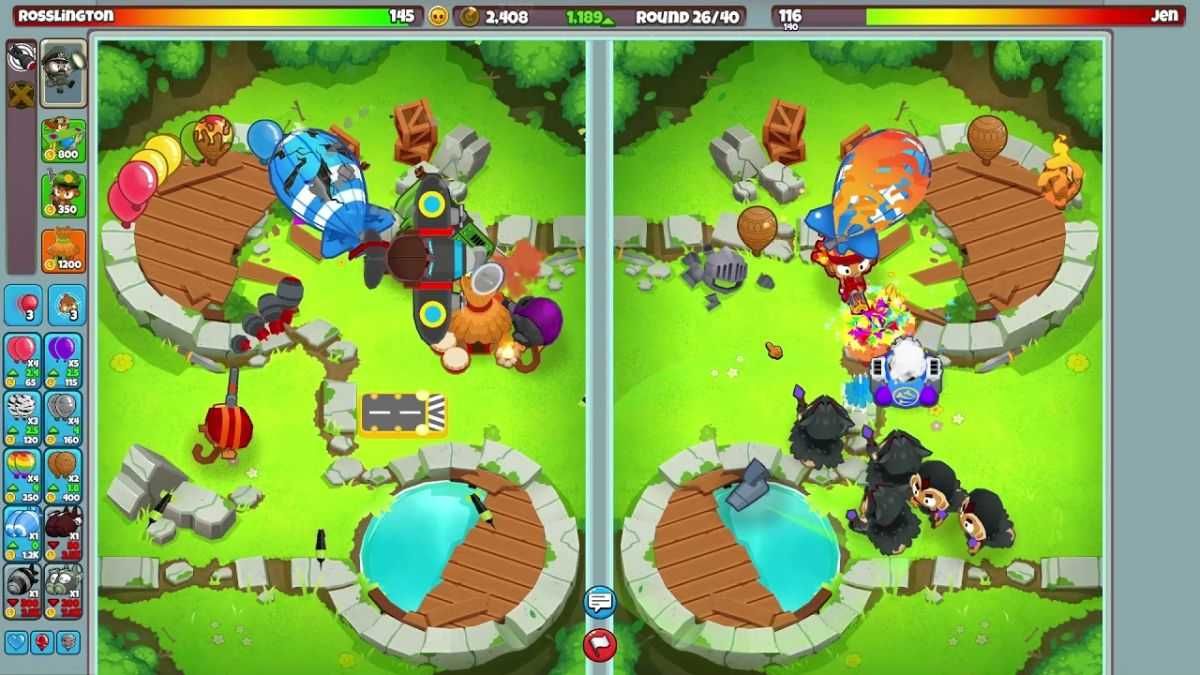 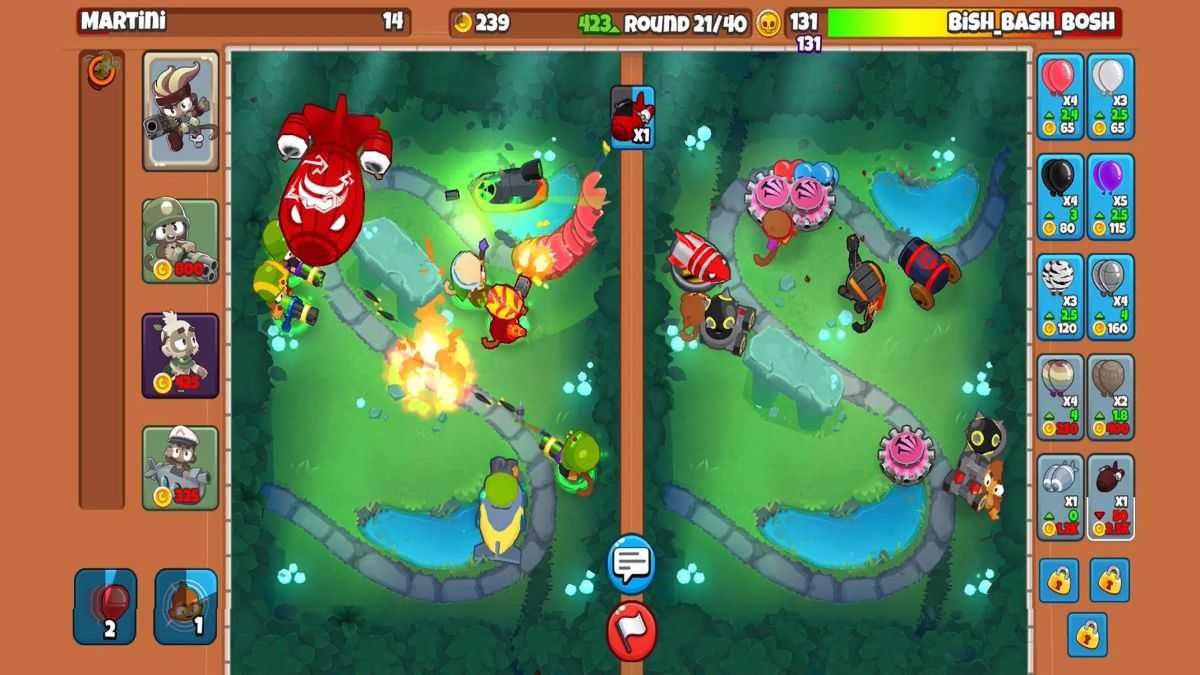 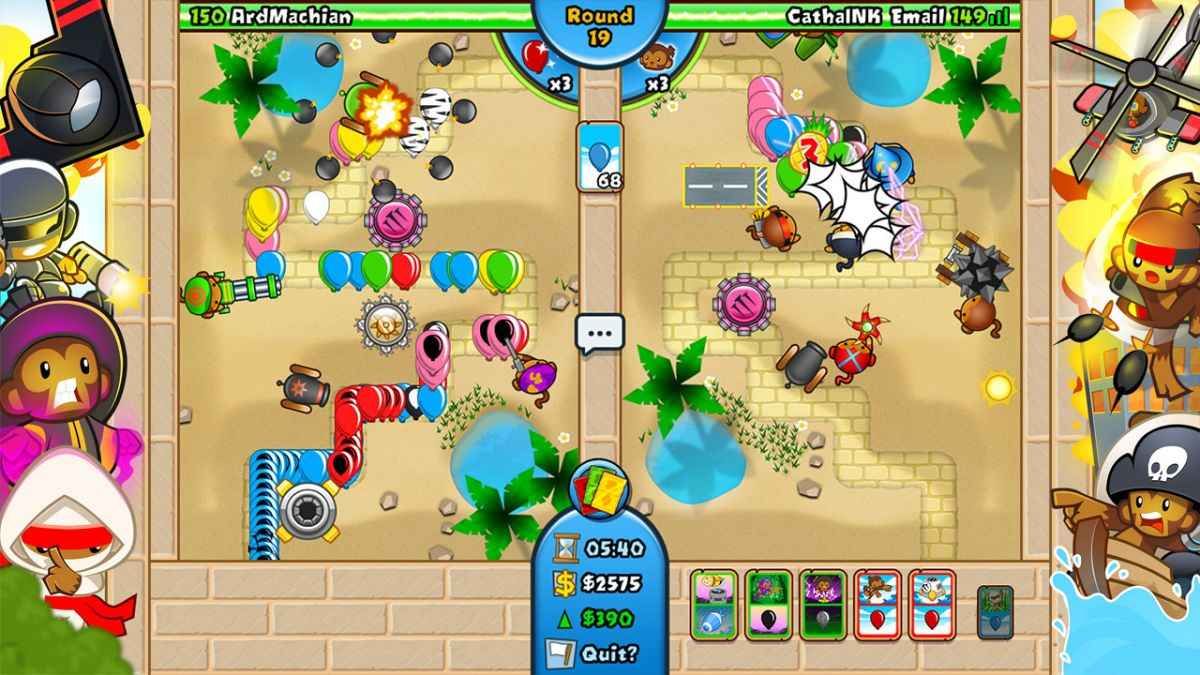 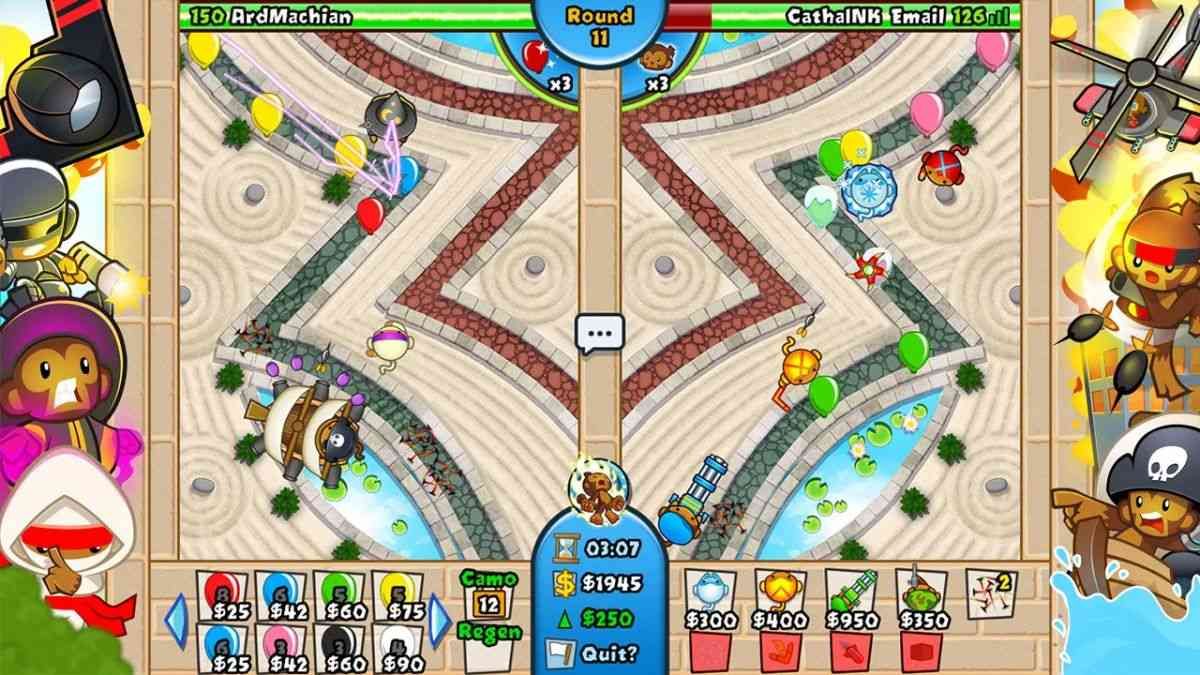 Tower Defense games are all the rage but for most of them, the game itself is pretty linear.

The set plot, set opponents, and in effect, set outcomes, not to mention that most of them are chuck full with ads, and earning multipliers that just lead you to more ads!

But we got here a Tower Defense game that will end all other tower defense games! Say goodbye to the usual clickbait tower defense mobile games, and say hello to Bloons TD Battle.

Bloons TD Battles is a mobile game that pits you against other players in exciting tower defense battles. To win, you'll need to outsmart and outplay your opponents by strategically placing your towers and using powerful upgrades.

Like most mobile games, Bloons TD Battles has a social factor that allows you to compete with anyone from anywhere in real time!

You play as monkeys battling it out by popping balloons going on your battle track! The main objective is to avoid having balloons pass through your track and pop the post balloons in the match!

The game includes 20 custom battle tracks to choose from and 22 towers that have 8 upgrade levels!

The game also includes other variations like Card Battle, Defense mode, and Assault mode, so you won't get bored with the typical tower defense game, there are a lot of options for you to enjoy, outsmart your opponent, and win matches!

The game's social options are also a great touch to make this tower defense game stand out from the rest!

The developers of Bloons TD Battle, Ninja Kiwi are a known group in the gaming world, they stream and post content on both YouTube and Twitch, so you know that this game is quality for sure.

A match starts with you picking your towers, from the name itself Defense mode is all about building towers, you're not able to send balloons to your opponent so for your income to increase you will need to use income boosts while playing.

As for Assault mode, it's the stark opposite, sending balloons is what will increase your income every 6 seconds!

Assault mode as compared to defense mode is more fast-paced and aims to really jolt the players and be aware of what is happening on the battle track, especially on the balloons going to their side.

Defense mode on the other hand is a bit slower but is still equally fun to play!

When you first start the game, you'll be asked to choose your player name and avatar. You can also customize your game settings according to your preferences. Once you're all set, you'll be taken to the main game screen.

The objective of the game is to pop all the balloons (bloons) before they reach the end of the path. To do this, you'll need to place towers along the path and upgrade them using different powers.

You can start with a basic tower, or you can go for a more powerful one. As you progress, you'll unlock new towers and upgrades that you can use to make your defense stronger.

To place a tower, simply tap on the monkey on the left side of your screen and drag it to an empty area on your track.

Once you've placed your towers, you can start the battle by tapping on the start button. The game will then proceed in rounds, with each round getting progressively harder. Between rounds, you'll have time to strategize and make changes to your defense.

You can also send balloons to your opponent, and as the towers, there are options for the balloons that you will send, some weaker or stronger than the other!

Money is also an important part of the game, each move be it placing a tower, sending a balloon, or upgrading your tower will cost something, and your performance in popping balloons will also dictate your income for the round. The more towers and balloons you pop, the more your income is.

Sending balloons however costs a lot, but when you do so it increases your income in the process. So be wise with your spending and strategy and make sure your income will be enough to set up your defense and win the game!

You can also play the game in card game mode! Instead of having full control over the outcome of your battle track, cards will basically dictate the flow of the game!

Each round starts with you editing your deck picking the cards that you will play on the battle track.

The game starts with you placing tower cards to defend your track and alternating them with balloon cards to give your opponent a hard time! You can also trash cards but it will cost you!

This version of the game is more fast-paced and makes you have to think fast! Unlike with the basic game you have full control over what you want to put on the track, as for the card battle you will need to think fast with what you have in hand!

That's all there is to know about how to play Bloons TD Battles. Just remember to always keep an eye on your opponents and make adjustments to your strategy as needed. With a bit of practice, you'll be dominating the competition in no time.

Also, join clans and interact with the community on Bloons TD Battles! Another great feature is that you can clans and work with other people to boost your game! It's also important to note that each player has a number of medals that are used to join tournaments and matches!

So go on and have fun, and enjoy Bloons TD Battles!