* For reference, The Wild Kratts Rescue Run game Reviews websites are all approved, there are no viruses and malware.

* For reference, The Wild Kratts Rescue Run game purchase URL is the Amazon website, please feel safe to get it. 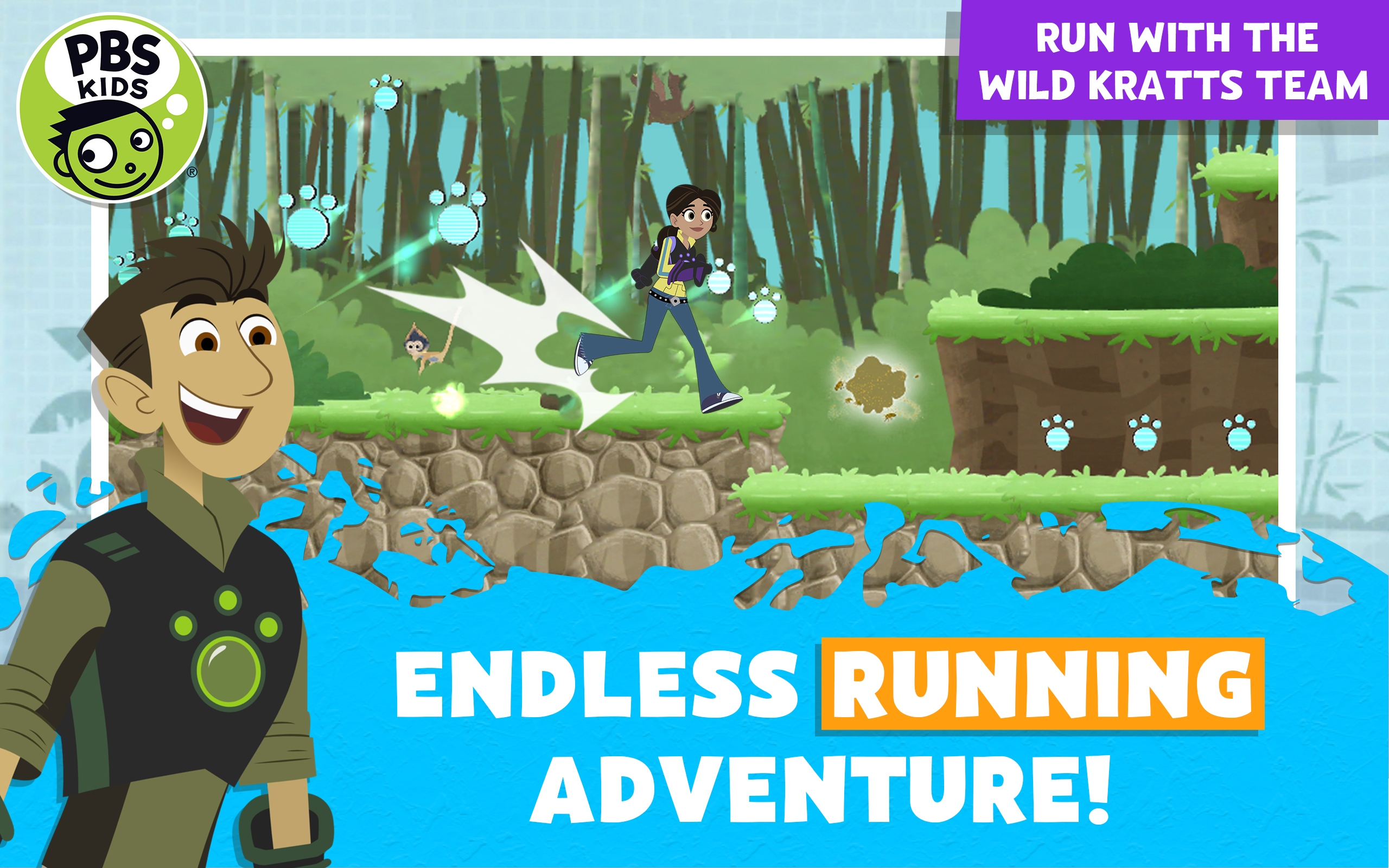 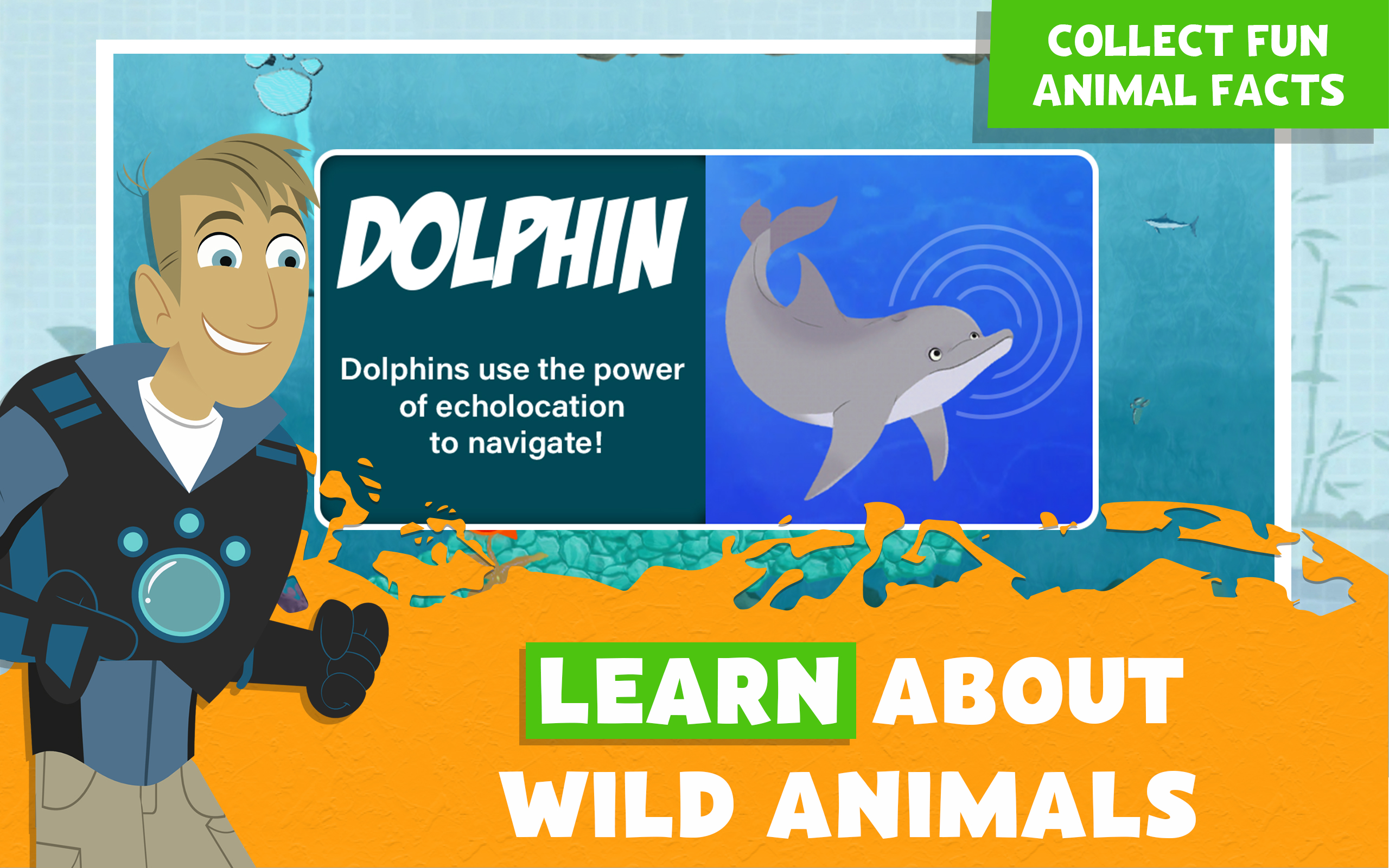 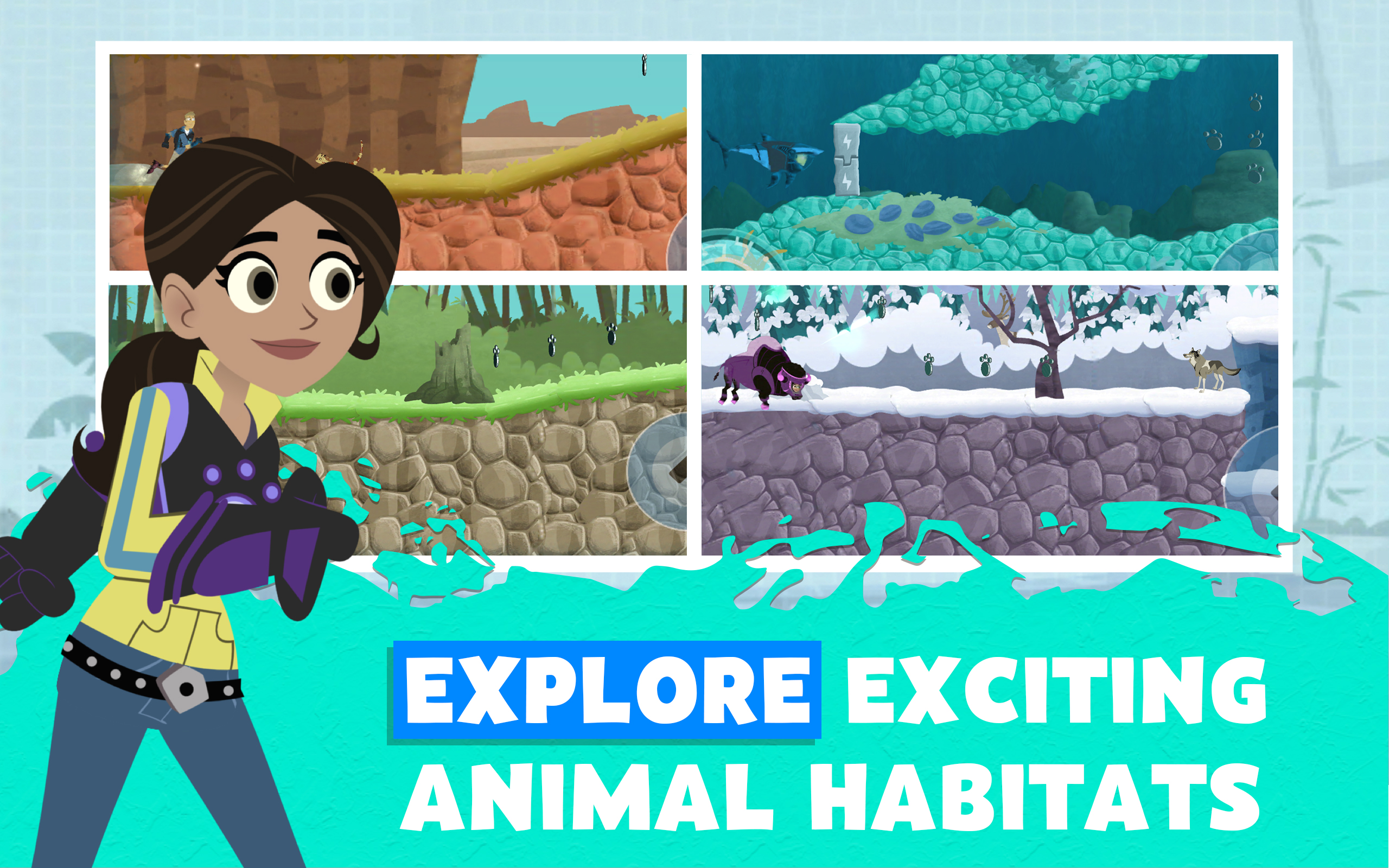 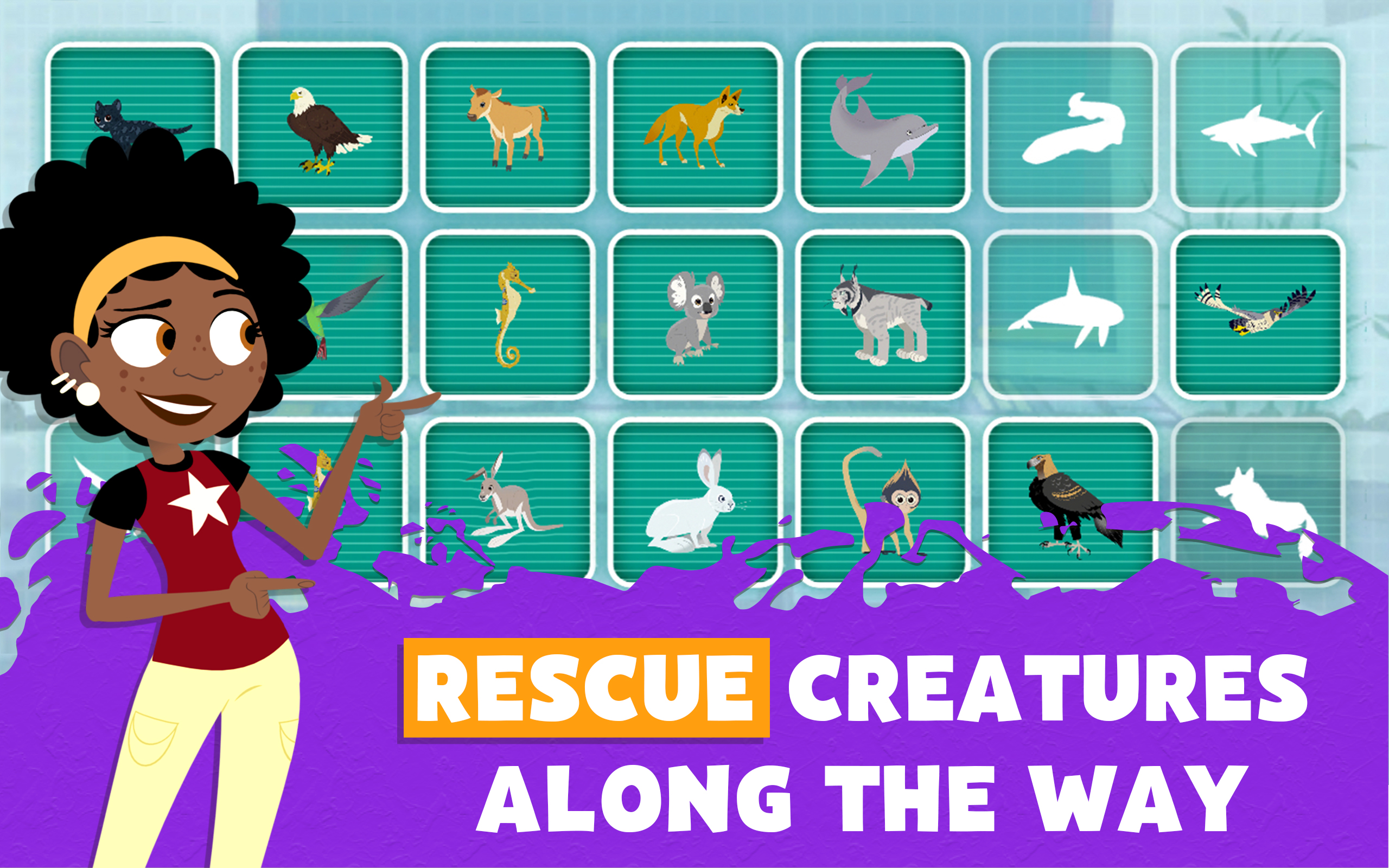 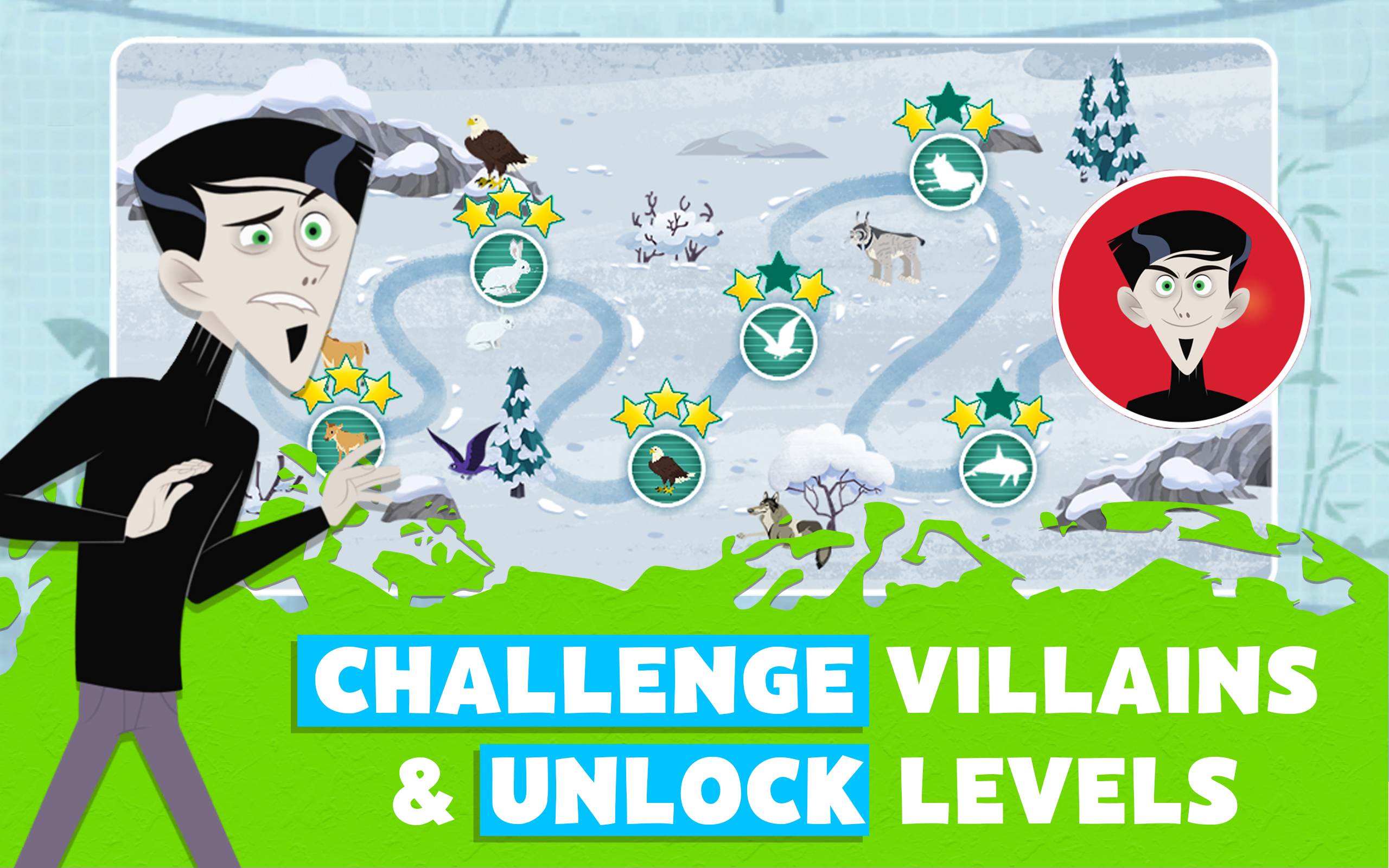 Wild Kratts Rescue Run is an exciting arcade-themed game where you rescue a bunch of animals and learn about them. With its simple but fun gameplay mechanics and cute graphics, it's definitely the perfect game for kids and those who are a kid at heart.

Want to start rescuing animals in this kid-friendly game? Here's everything you need to know about Wild Kratts Rescue Run below!

This fun runner game was developed by PBS Kids and was officially launched on December 20, 2017. Moreover, the game was developed off of the Wild Kratts PBS Kids Show with the intention of extending the show's learning program for science. With that said, here are the game experiences you can expect if you try this game out:

Once you start this fun arcade runner game, you can pick any of the three amazing playable characters in the Wild Kratts team! In this game, you have a choice of playing Aviva, Chris, and Martin. These characters use their Creature Power Suits to wield mighty Creature Powers to save wild creatures and get themselves out of danger.

Once you've chosen your favorite character, you can now embark on an exciting wildlife journey! Aside from exploring the vast wilderness, you will be protecting animals from terrifying villains. These bad guys include the evil Zach Varmitech, Donita Donata, Gaston Gourmand, and many more.

Go through a total of 24 fun-filled and educational levels

This game will put your problem-solving and arcade gaming skills to the test! After all, this action-packed runner game includes a total of 24 fun-filled and educational levels. Each level will present you with brand new knowledge, ensuring an enjoyable learning experience for everyone.

Make sure to finish all these levels to acquire paw prints and rescue a wide variety of animals. Meanwhile, if you ever forget a portion of a particular level, you can always go back and replay it! The best thing about Wild Kratts Rescue Run is its re-playable rounds.

Have a huge love for animals? If that's the case, this game is your best bet! With this educational animal-themed game, you can collect and store a bunch of cool animal facts in the game's Creaturepedia. There are up to 42 unlockable animal facts within the game, which can be obtained by finishing several levels.

Once you obtain animal facts, you can visit your Creaturepedia if you want to know more about these animals. Go collect all 42 animal entries if you want to further deepen your knowledge about animals.

You won't just rescue animals and protect them from the bad guys. You will also discover unique wildlife areas, including your rescued animal's very own habitats. That way, you can learn more about your animal's living environments and their way of living.

The game will let you travel through three fascinating wildlife locations. These include the Australian Outback, the snow-filled North American forest, and the South American Rainforest. Don't forget to explore every nook and cranny of these beautiful areas if you want to discover several animal habitats and facts!

This highly educational and teacher-approved game utilizes interesting mechanics to ensure an engaging and memorable learning experience for every player. Having said that, here's a helpful guide on how to play this game below:

Pick your preferred character at the beginning of the game

As previously mentioned, you can choose between three playable characters at the beginning of the game. Do take note that each character wields their own Creature Power Suit. To further elaborate, Chris has a chameleon suit, Aviva has a bison suit, and Martin has a kangaroo suit.

Moreover, each Creature Suit includes its own sets of advantages. So, go ahead and pick the character that you want to play based on their offered abilities!

Tap on the arrow button to jump and dodge obstacles

There will be an arrow present in the lower right portion of your screen. Clicking it will cause your character to jump and dodge along the way. Ensure to time your jumps for incoming obstacles. Some of these obstacles include scary bee swarms, snakes, gray wolves, and more.

Track the pod where the animal is trapped in

Your primary task is to look for the animal trapped in a pod. Make sure to run through the pod to release the captured animal. And upon rescuing the trapped animal, their information will be added to your designated Creaturepedia.

Once you've rescued the trapped animal, keep going until you reach your final destination. Don't worry because your game progress will show how further you are from the final location.

You will encounter the valuable creature disk at some point in your adventurous run. Collect creature disks so that you can activate your creature power suit! As stated above, each character wields different abilities based on their suit. Here they are in detail:

●  Chris' Chameleon Creature Suit: Allows you to blend your body into the environment's surroundings and keep you hidden

●  Aviva's Bison Creature Suit: Allows you to easily smash walls in your way

Click on your Creature Disk to activate your suit's powers. However, your Creature Power Suit will eventually deactivate after a certain period. So, use it wisely if you want to attain victory and beat several levels in the game!

Missions in the game are scattered across three different regions. Depending on your preference, you can go for a mission in any of the following categories:

Each area includes its own sets of levels or stages to beat. And, of course, different areas have their own sets of challenges. Having said that, be sure to choose the appropriate character for the mission you want to play if you want to beat a particular level with ease.

If you're an animal lover looking for a fun and educational game, Wild Kratts Rescue Run is the perfect game for you. Despite its simple and casual gameplay, it's loaded with a ton of valuable information that'll give you something new to learn at every level. Meanwhile, if you've already played this game, do share your experiences so that more people will be enticed to play it!