* For reference, The Call of Duty: Ghosts game Reviews websites are all approved, there are no viruses and malware.

* For reference, The Call of Duty: Ghosts game purchase URL is the Amazon website, please feel safe to get it. 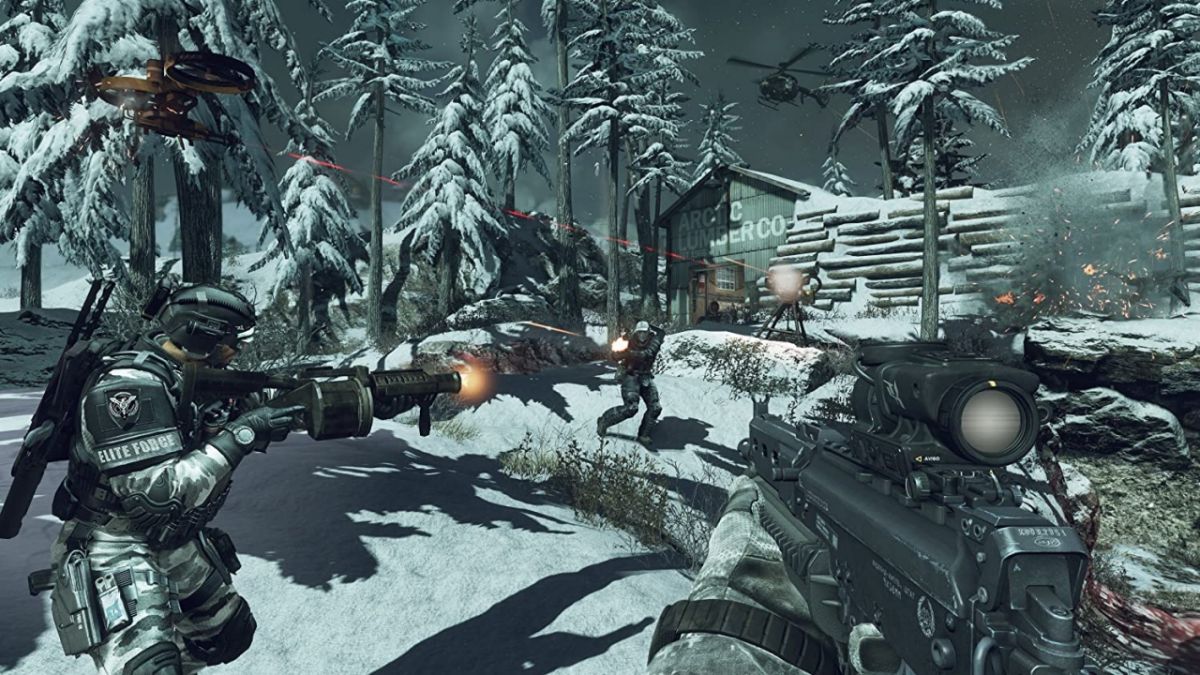 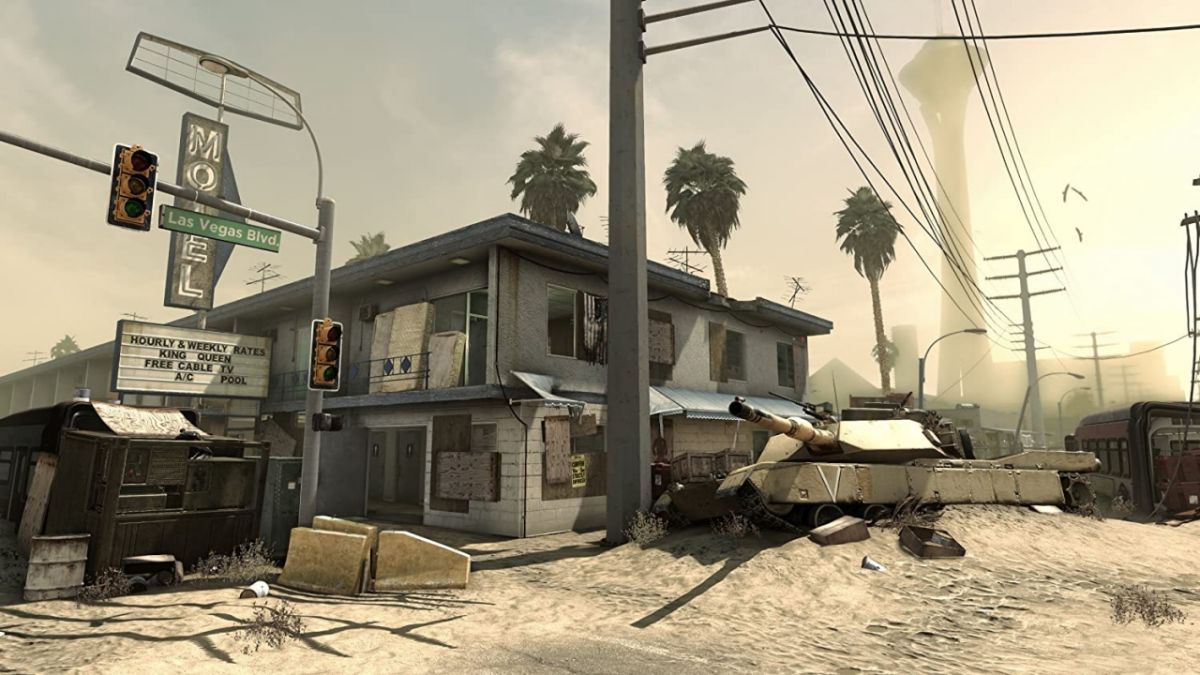 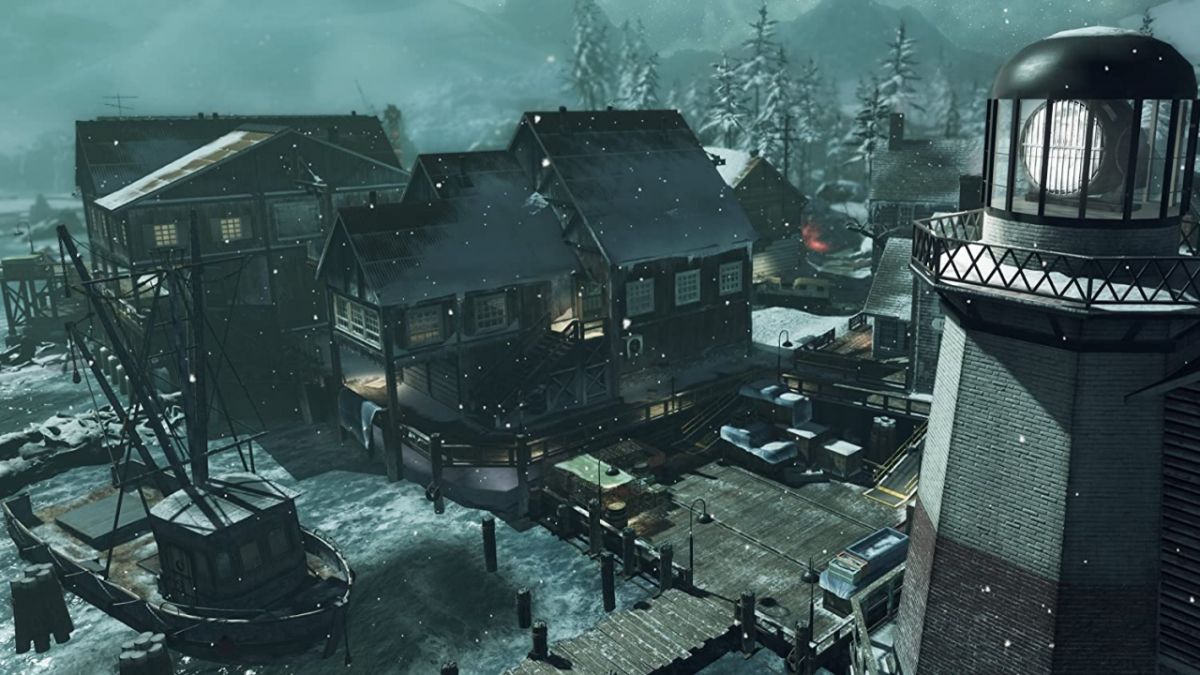 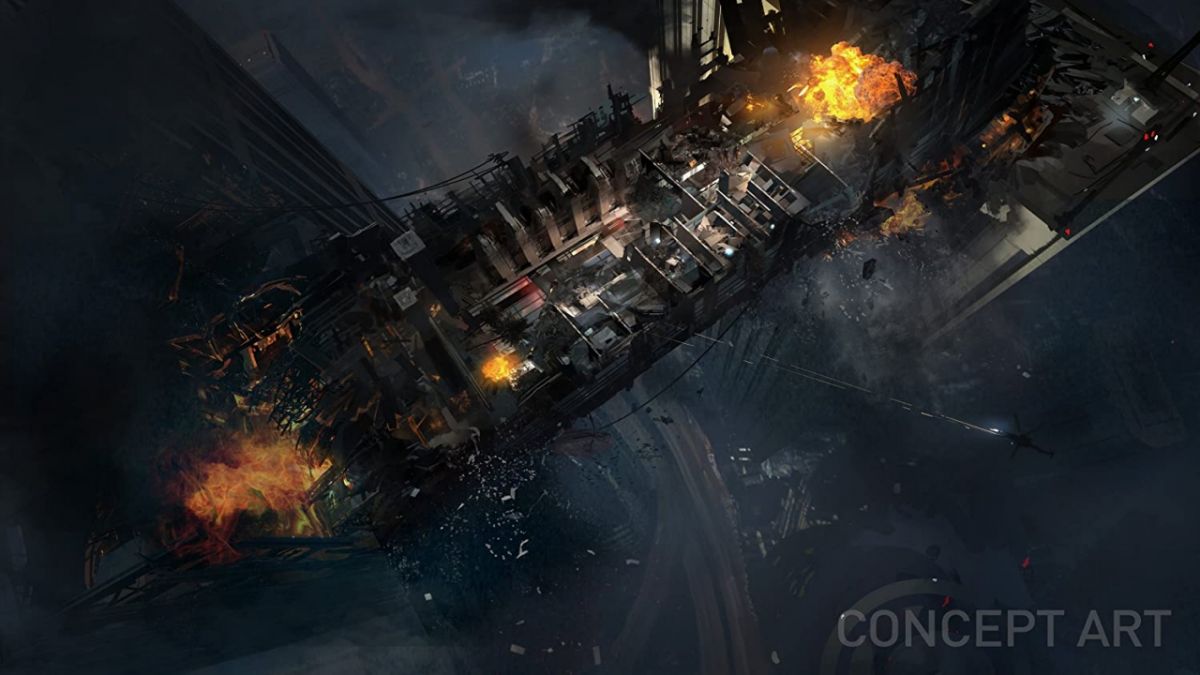 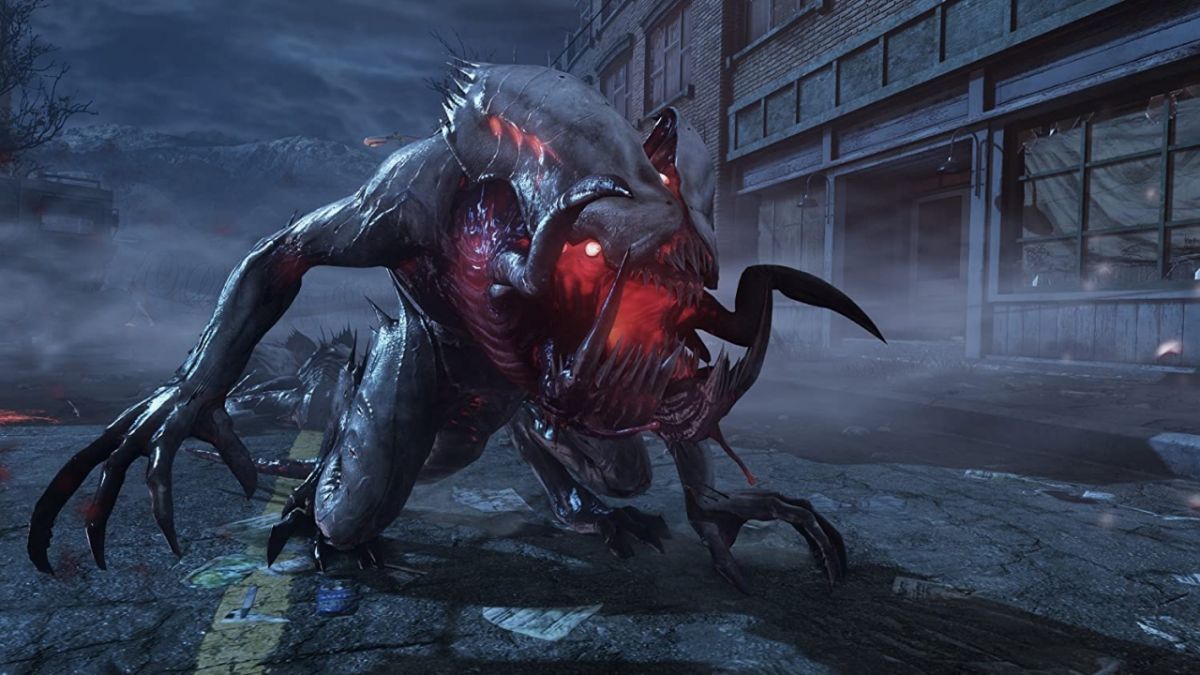 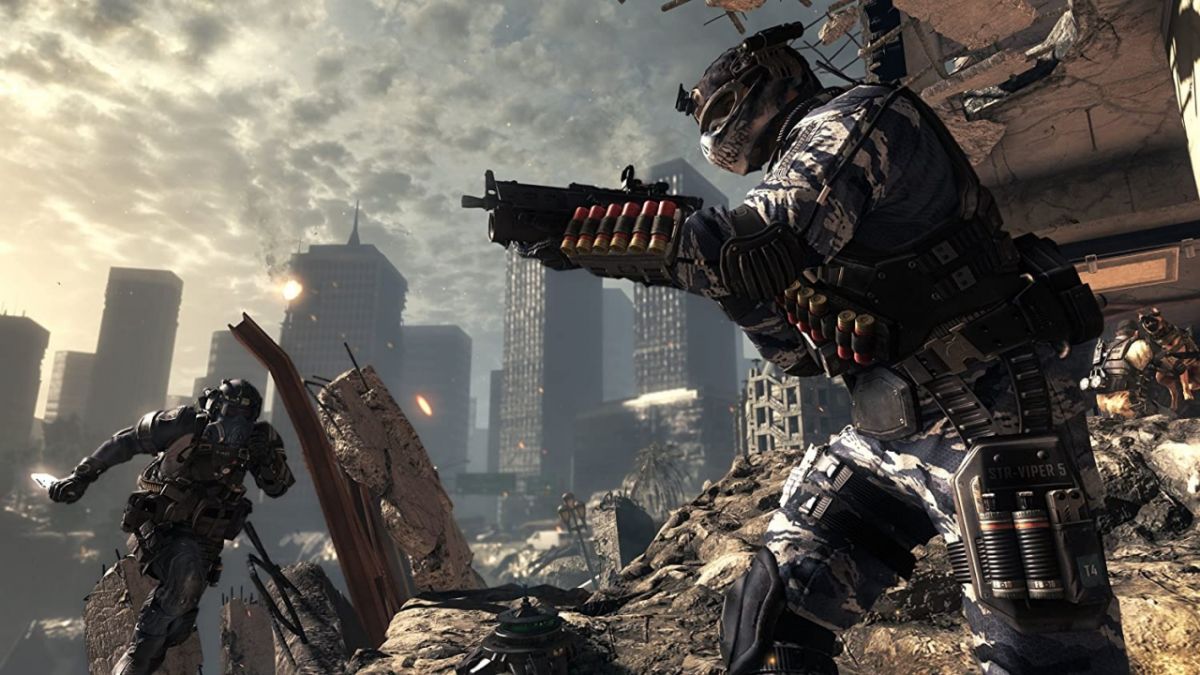 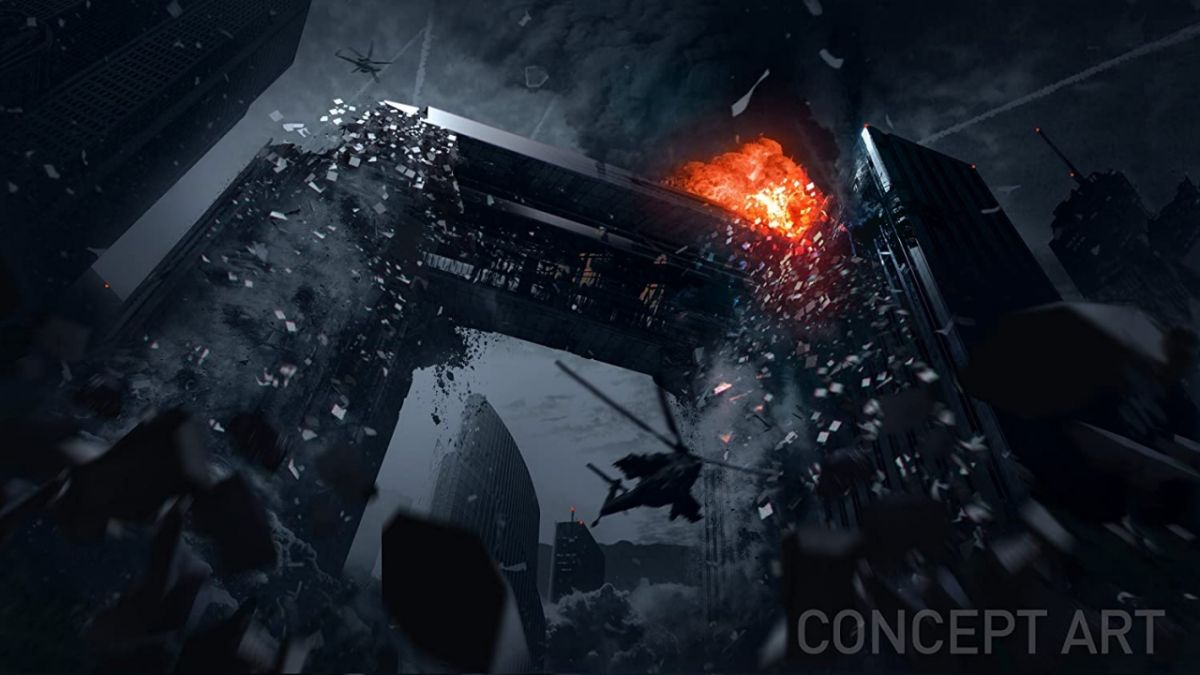 Call of Duty: Ghosts is an epic first-person shooter with great set pieces, sound effects, and guns. While it doesn’t have the strong story or great multiplayer modes of other Call of Duty games, it’s got some of the best environments in the franchise and an interesting survival mode, Extinction.

The modern Call of Duty franchise is known for its high-budget, action-packed first-person shooting. Call of Duty: Ghosts is no exception. While it’s an older game, it still ticks off most of the Call of Duty checkboxes. You’ve got lots of cool guns, huge battles set in cinematic maps, and an over-the-top storyline about an elite soldier.

That said, Call of Duty: Ghosts is perhaps the worst-reviewed Call of Duty game, ever. The game has attracted criticism from fans over its lackluster story, unimpressive graphics, and empty multiplayer. In retrospect, a lot of this hate comes from the game’s pedigree and empty promises made by the developer’s marketing team. Fans were let down by a game that failed to innovate or even live up to the standards set by earlier entries in the series.

Perhaps the best part of Call of Duty: Ghosts is the art and level design. While Ghosts’ levels aren’t the best from a gameplay perspective, they’re incredible in terms of visuals and visual storytelling. You get to fight on a space station, in post-apocalyptic cities, and underwater. Even the multiplayer maps are incredibly well-made. They’re stuffed full of detail and are full of character, often telling compelling stories about the near-modern world of Ghosts.

Speaking of story, Call of Duty: Ghosts has a long, engaging story mode that alternates between fun combat and terrible storytelling. The campaign starts with a myth about an elite special forces team, then kicks into a dizzying mess of flashbacks, exposition, and chaotic gunfights that aim to tell a story about war. America has been attacked by a completely forgettable enemy organization that’s hijacked satellites to blow up cities. Or something. You play the game as a silent protagonist who is recruited by the elite spec ops team (along with his brother) to fight them off.

Call of Duty: Ghosts is an old game, so you might have trouble filling a multiplayer lobby these days. Even when the game came out, however, multiplayer felt dead. Call of Duty has huge levels and small player caps, so it can be difficult to find the folks you’re supposed to be shooting in some game modes. Couple this with the game’s ridiculously low time-to-kill and the power of the thermal scope attachment and you get an environment where most people “camp” in hiding spots, waiting for other players to run into their gunsights.

Overall, if you can snag Call of Duty: Ghosts on sale, it’s a great example of level design and visual storytelling when it’s at its best. The terrible story detracts from this, however, and the multiplayer fails to live up to the action-packed extravaganzas offered by other Call of Duty titles. If you’re looking for a game to play with your friends, you’re probably better off picking up whatever the newest Call of Duty game is so you can find multiplayer games full of foes to fight rather than searching for people who still want to play Ghosts.

From a fun perspective, the best game mode in Call of Duty: Ghosts is likely extinction. If you’re looking for the best way to enjoy the game, blitz through a few rounds with friends. It’s a great take on the zombie-killing survival genre. Extinction is quite short, however, so don’t expect it to hold a lot of replay value once you’ve beaten it once or twice.

In multiplayer, the “meta” in Ghosts is very much to throw a thermal scope on your favorite rifle and to chill in some cover. You’re not going to score a huge amount of points per minute doing this, but you also won’t die a lot. This strategy is especially effective when you know the map layouts and you can pick spots where you’re less vulnerable to flanks, so be sure to explore and try out various camping sites.

If Call of Duty: Ghosts had just included the gameplay in the campaign, it probably would have been a better game. The game goes back to a slightly older style of Call of Duty where the lead-up to the firefights is just as important as the firefights themselves. This means that you’ve got plenty of time to fully experience the beautiful scenery and experience a slow build of tension before the crazy action kicks in. Many of the levels emphasize stealth and control over the arcadey, blow-up-everything style that’s dominated Call of Duty in recent years. The game is still flawed, but it’s fairly fun if you don’t take it seriously.

The problem here is that the game tries very hard to make you think about the plot. The storytelling is bad in virtually every sense of the world. There’s no explanation of motivations, no real sense of urgency or evil, and you don't have any influence over what happens. Characters are stabbed and shot constantly with no consequences. The game almost lampshades this at times, but it’s odd to have both heroes and villains get shot at point blank in a cutscene and then run around fighting like nothing happened moments later. This means that cutscenes, dialogue, and exposition all work as a detriment to the gameplay, which is not a good look.

Call of Duty: Ghosts has a unique take on progression and unlocks. You can equip a number of perks, but powerful perks take more slots than weak ones. Veterans tend to recommend Dead Silence so you can hear enemies better and Sleight of Hand to improve your weapon handling. Your other perks should vary based on your preferred playstyle, but Ready Up, Stalker, Quick Draw, Incognito, and Focus should be strong contenders.

Are you a Call of Duty: Ghosts fan? Which Call of Duty games do you think are the best? The worst? Did you enjoy the story of Ghosts? What did you think of the dog? Let us know in the comments below!