* For reference, The Watch Dogs game purchase URL is the Amazon website, please feel safe to get it. 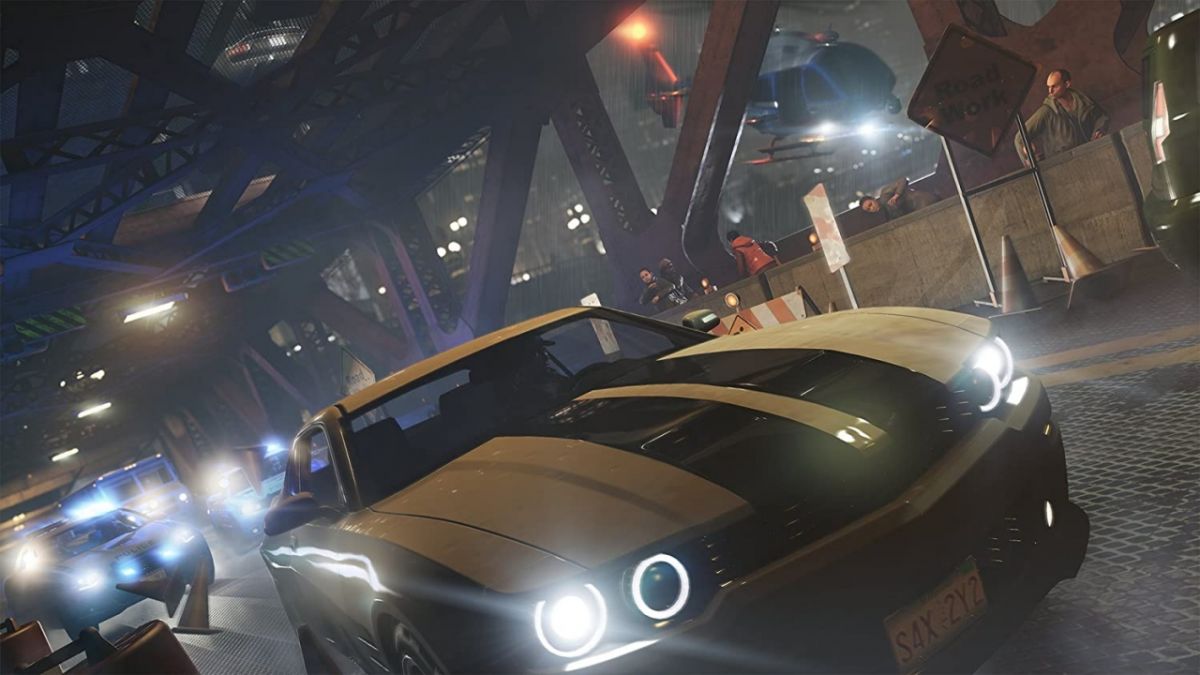 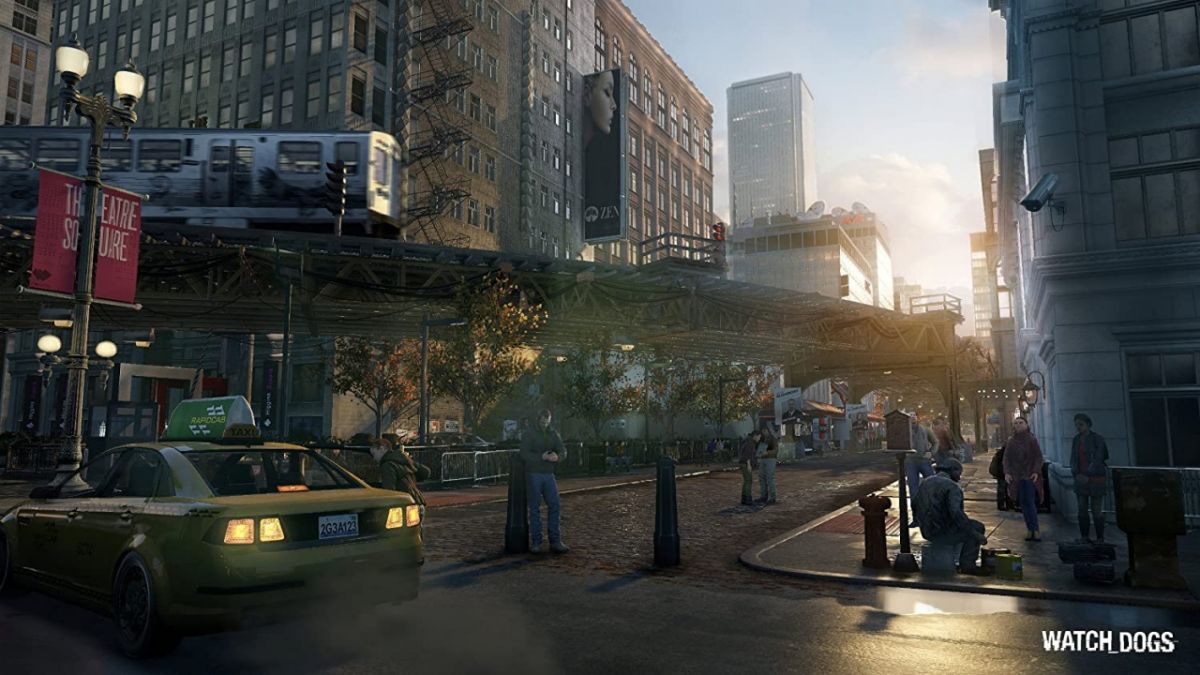 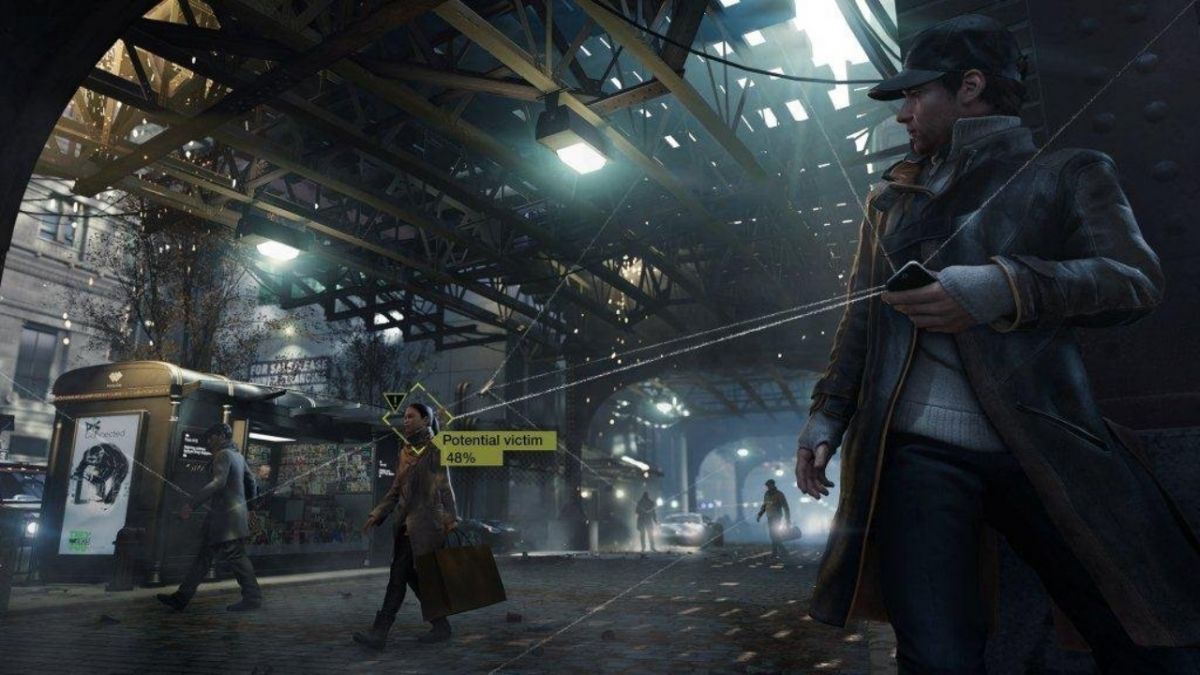 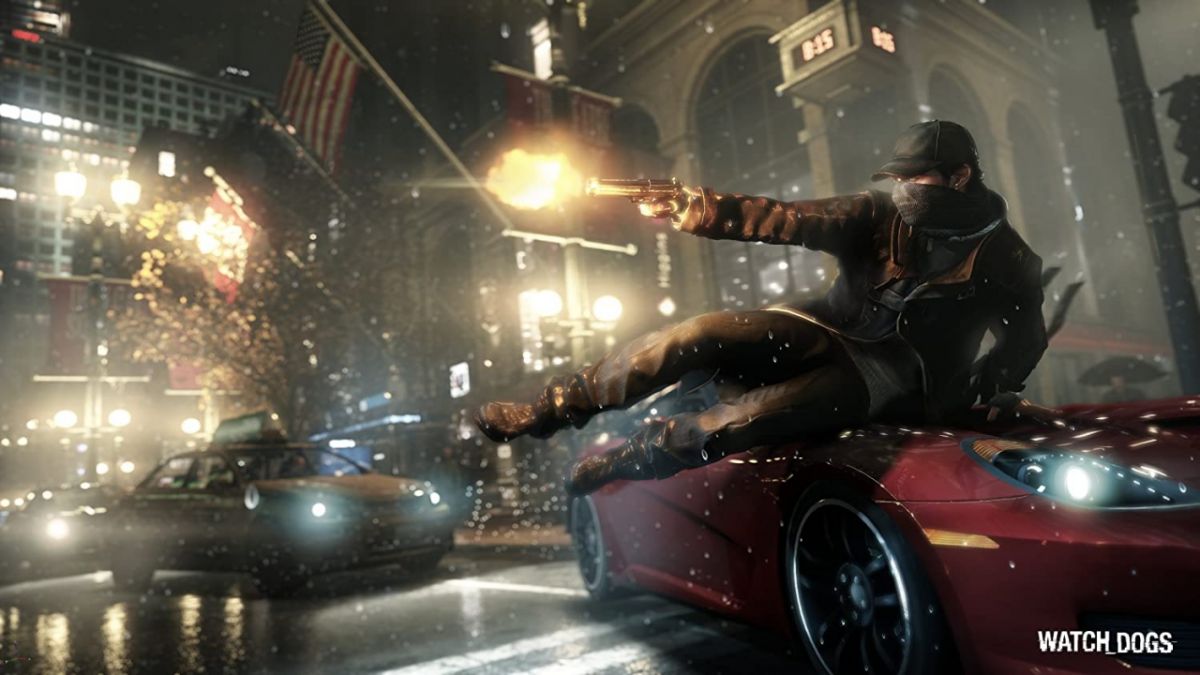 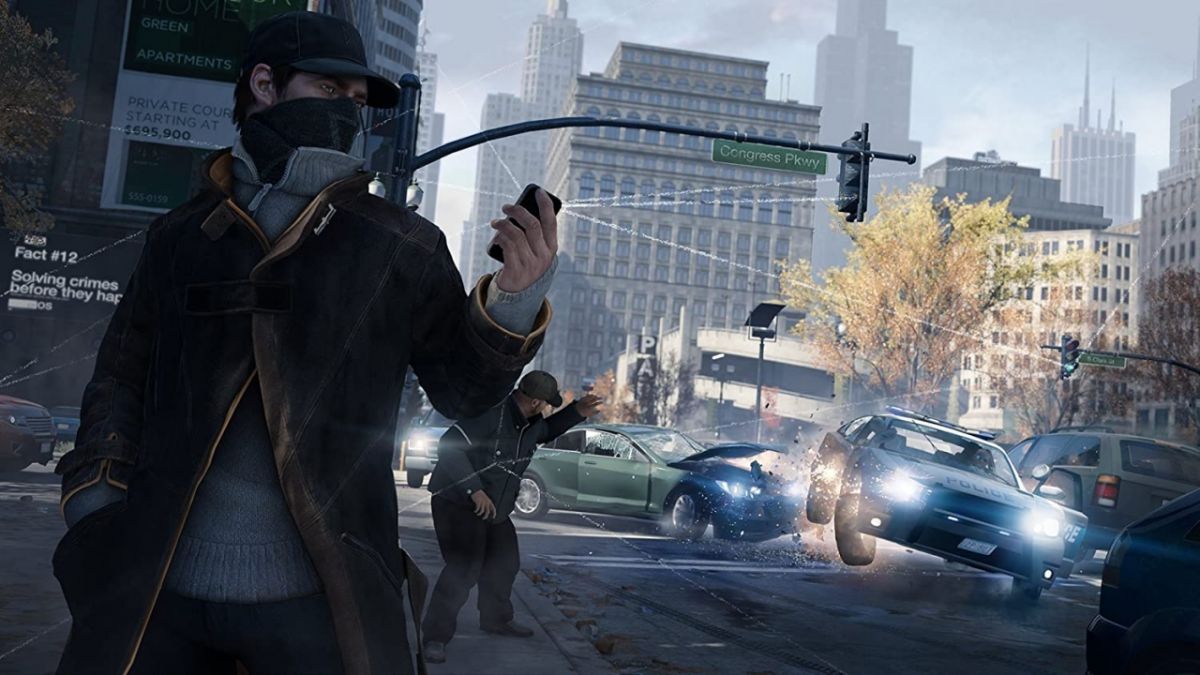 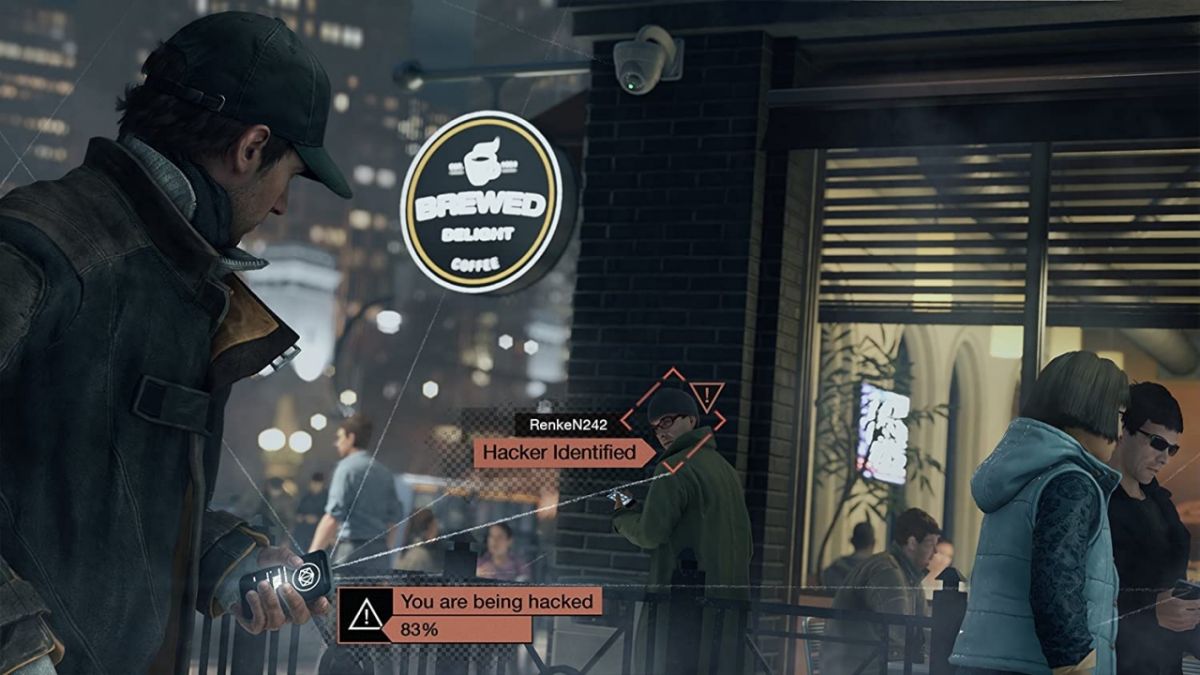 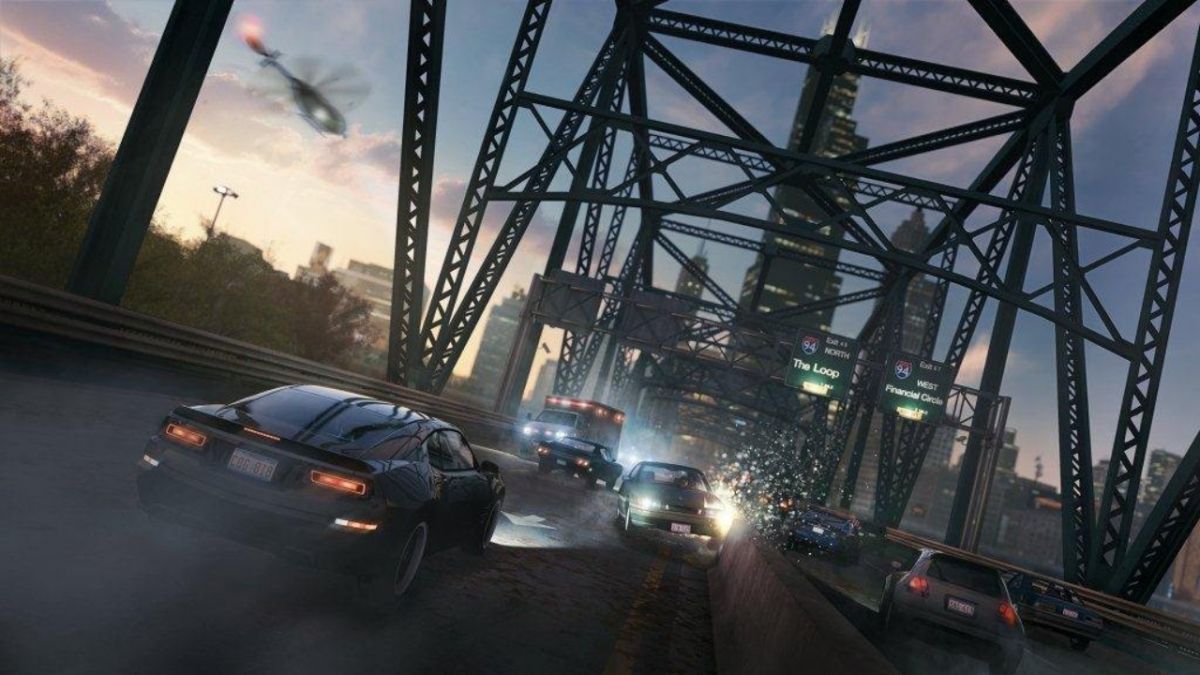 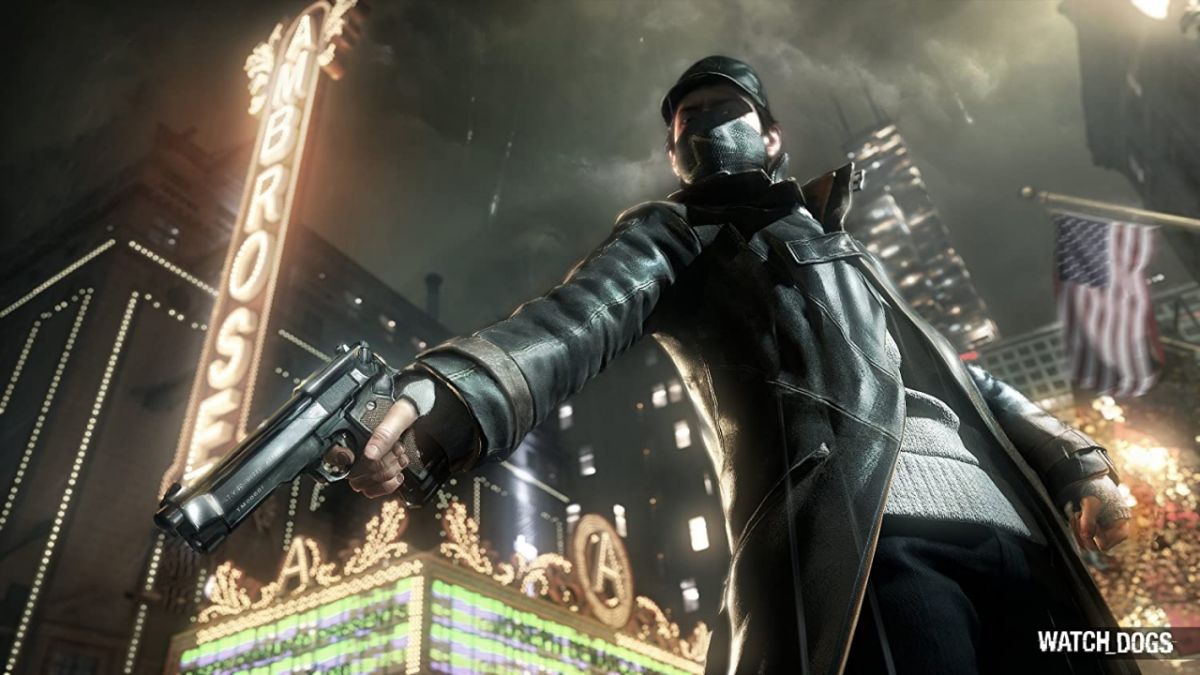 Chicago at the palm of your hands. Hack into the system and break it!

One of the most awaited games of the eighth console generation turned into one of the greatest disappointments in gaming history. This is not as much of an insult as many would imagine, for it doesn’t mean that the game itself is bad.

I feel weird having to engage in Watch Dogs apologetics, but when so many people point to the sun’s black spots, someone has to highlight the brightness; and, to be honest, I actually ended up liking this game, having played it years after the whole controversy exploded.

The graphical downgrades from the E3 2012 trailer to the actual release are admittedly hard to miss, but I also think many folks, especially in the media, overstated them. Furthermore, while I’m not trying to justify Ubisoft here, this is no different from what used to happen in previous generations, though now that we have the internet and social media, it’s much easier to call these things out in front of a wider audience.

Some assets do look utterly ugly. The water textures are worse than the ones seen in many PS3 games (including, of course, GTA V) and the asphalt, although retaining some cracks and occasional oil spills, looks slightly off and too “clean” (if you catch my drift).

Graphics aside, the story is not bad. Aiden Pierce (the main protagonist) is accused of being a blank slate, but I fail to find these criticisms convincing. What I’m about to say may sound “heretical”, but I liked Aidan even more than Marcus (from Watch Dogs 2), the latter who is heralded constantly as the more likable character out of the two. That doesn’t mean that I sympathize with him, but at least there is a mild sense of purpose to his actions, even if unwarranted when all things are considered.

Nevertheless, the story is a bit lacking in many elements. While the whole concept of smart cities and surveillance states is very compelling, its execution can turn a bit repetitive and boring (and the sequel will only stress this aspect even more).

In addition, it’s way too short, or at least it feels short. Perhaps it might be because of the lack of interesting side activities to engage in. Watch Dogs 2 was not really all that different in this sense, but you had more interesting NPC interactions and toys to fool with.

On another note, the plot had more holes than Swiss cheese. How was Aiden “successful” in “concealing his identity” after the first mission when the game later shows he was all over the news already? Why is he then also able to walk swiftly across Chicago’s downtown without anyone so much as even lifting a finger to report him? Yeah, let me call BS on that one!

One thing I will say in favor of the story is that it’s far more personal in nature. It’s an unapologetic revenge story at its core, as opposed to the unconvincing “save the world from corporate tyranny” plot of Watch Dogs 2. What’s more, I loved the grim and sober tone of the first game, though all of this comes down to personal preference, of course!

Watch Dogs is an open-world sandbox game played from a third-person perspective set in a fictional representation of modern-day Chicago.

You play as Aiden Pierce, a skilled hacker who was deeply involved in the criminal underworld and received thorough training in marksmanship, hand-to-hand combat, and weapon skills.

The story starts with cutscenes showing the events that lead to the main plot of the game. You attempted to hack into the Merlaut hotel to steal some money and are identified, along with your mentor Damien Brenks. Someone, in response to this, orders a hit on you.

Later that evening, you get attacked while traveling by car with your niece Lena and nephew Jackson. The hitman (Maurice Vega) blows one of the tires, and your car flips over, killing Lena in the process.

Afterwards, the game fast-forwards time by 11 months and a scripted sequence begins in May Stadium, wherein you track down Vega and interrogate him. After you knock Vega unconscious, you meet fixer Jordi Chin, who warns you that the baseball game is about to end and that you’d have to leave. He calls the cops and distracts them with a shootout so that you may leave unnoticed.

During your escape sequence, you learn many of the basic hacking mechanics that you’ll be utilizing throughout the game. In one of these hacking puzzles, you end up causing a blackout in the stadium with the aid of BadBoy17, a DedSec hacker who actively works to undermine Blume, the biggest corporation worldwide and creator of CtOS (the operating system that controls the city grids).

Jordi will play a crucial role in your gameplay for he can set you up with various perks, such as the ability to order vehicles on demand via the smartphone. You can obtain access to various vehicle models by paying a fee with in-game money. Once you unlock them, you can order an infinite amount of that same model. For the record, the driving in this game is a bit erratic and doesn’t hold a candle to the driving mechanics of GTA V or even GTA IV, but I can probably find worse examples.

The smartphone has a plethora of other features, such as the “profiler”, which enables you to gain access to NPC’s personal information and hack any object or device connected to CtOS. With the smartphone, you can also unlock certain side missions and mini-games.

During gameplay, you will earn or lose reputation, depending on the actions you perform. You can stop criminals on the spot, which will increase your reputation, but you can also progressively attain a bad reputation by committing crimes such as hurting/killing pedestrians or stealing money and vehicles.

Lastly, your skills can be upgraded via the skill tree with points earned through various actions such as driving, hacking, or engaging in combat. You can allocate points to various specialties, depending on your primary playing style.

Watch Dogs is far from being a terrible game. It comes packed with great features and provides loads of fun. The story is also decent, with some cheesy moments and plot holes, though these are not terribly offensive. It’s a game that I’d definitely recommend that you get, but only if you have spare change.

Have you “profiled” this game yet? Let me know in the comments!