* For reference, The Evony game Reviews websites are all approved, there are no viruses and malware. 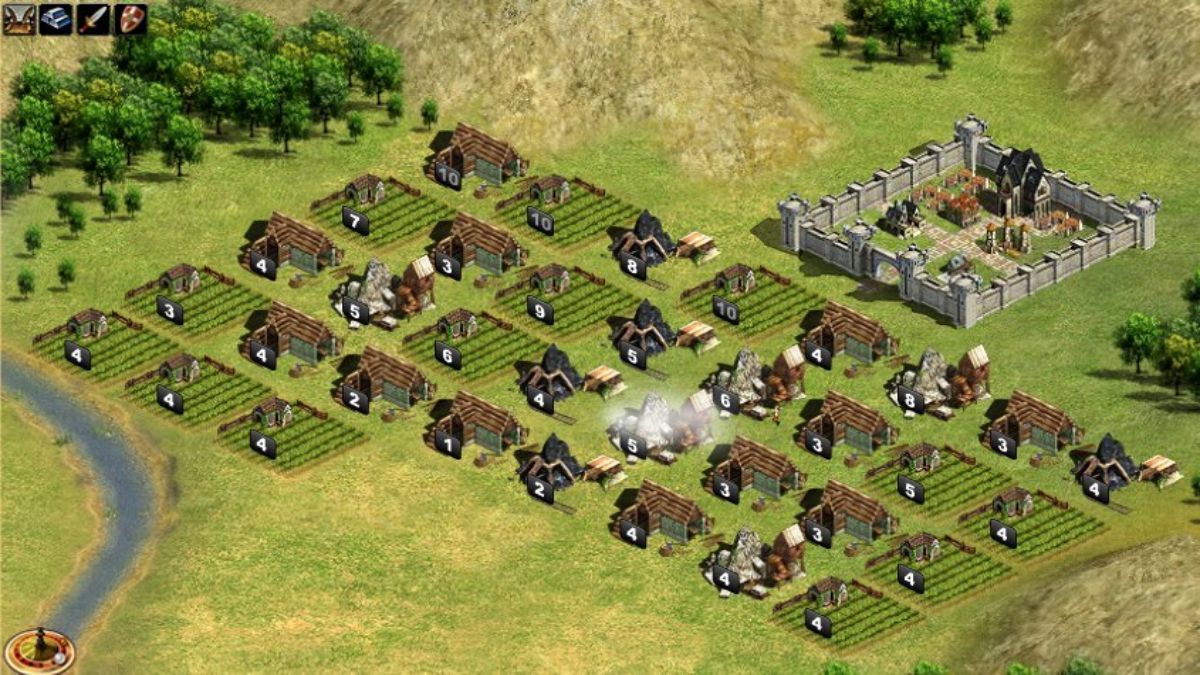 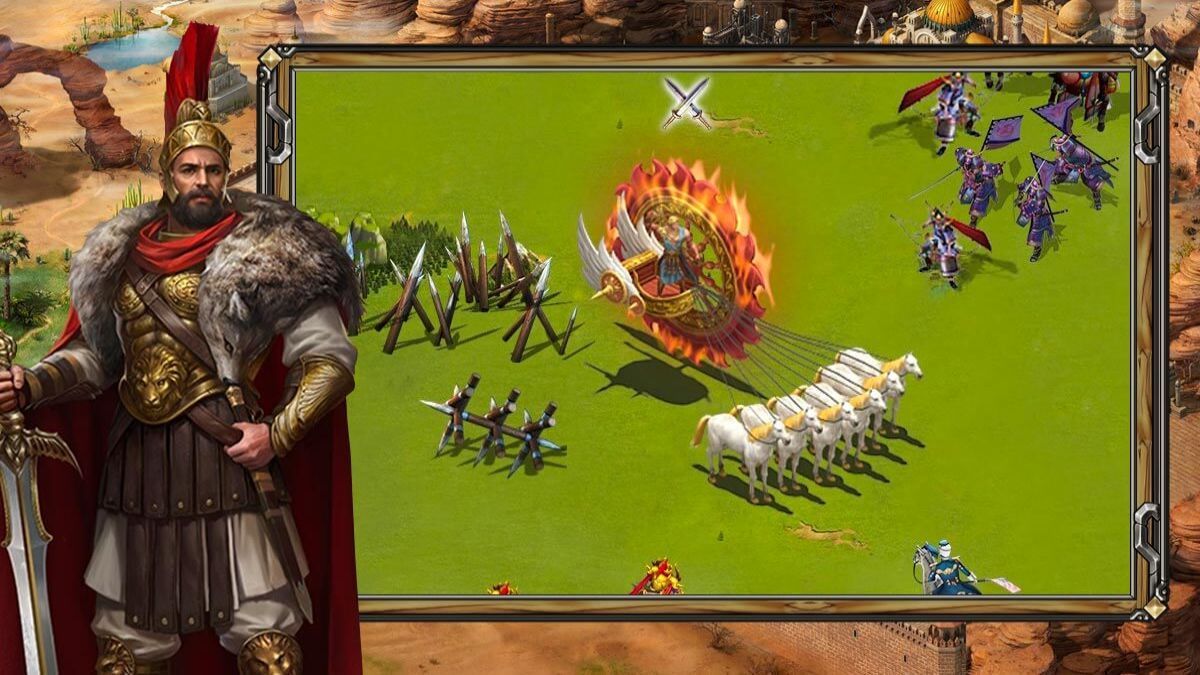 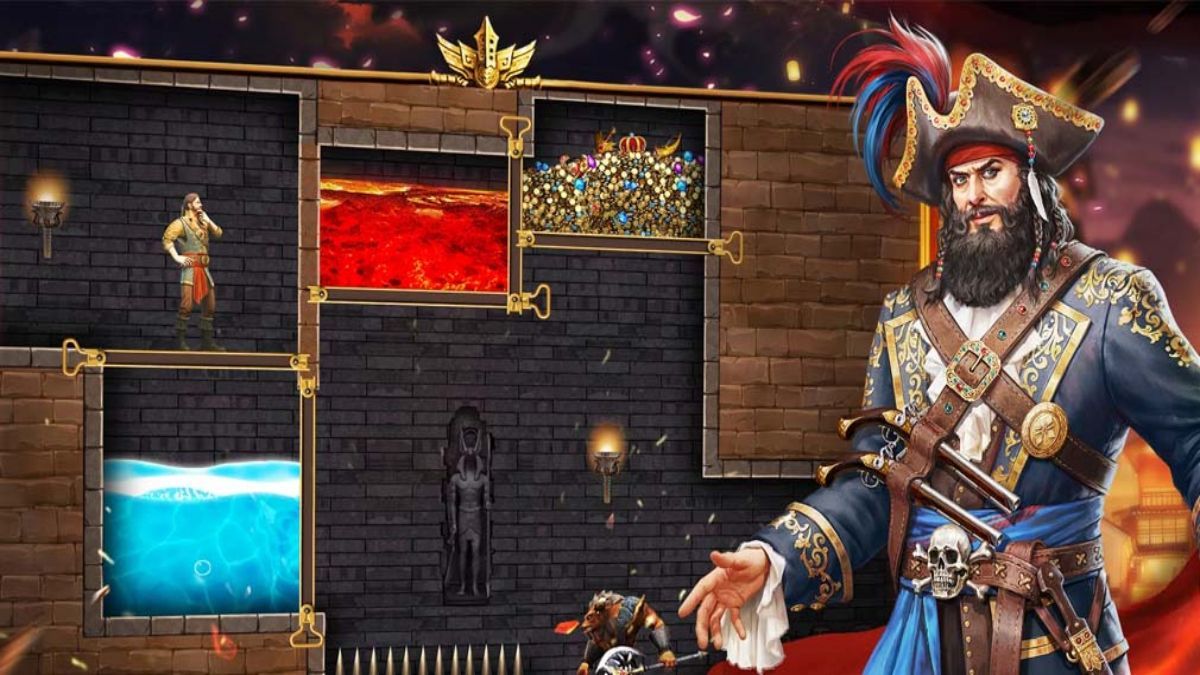 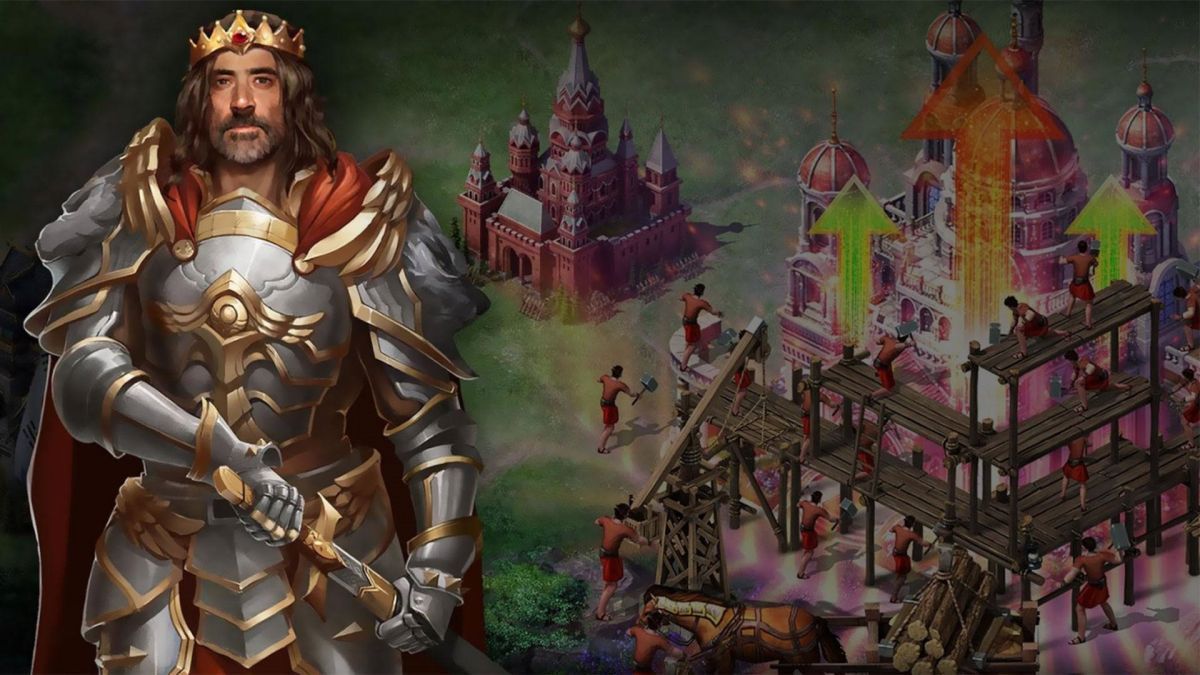 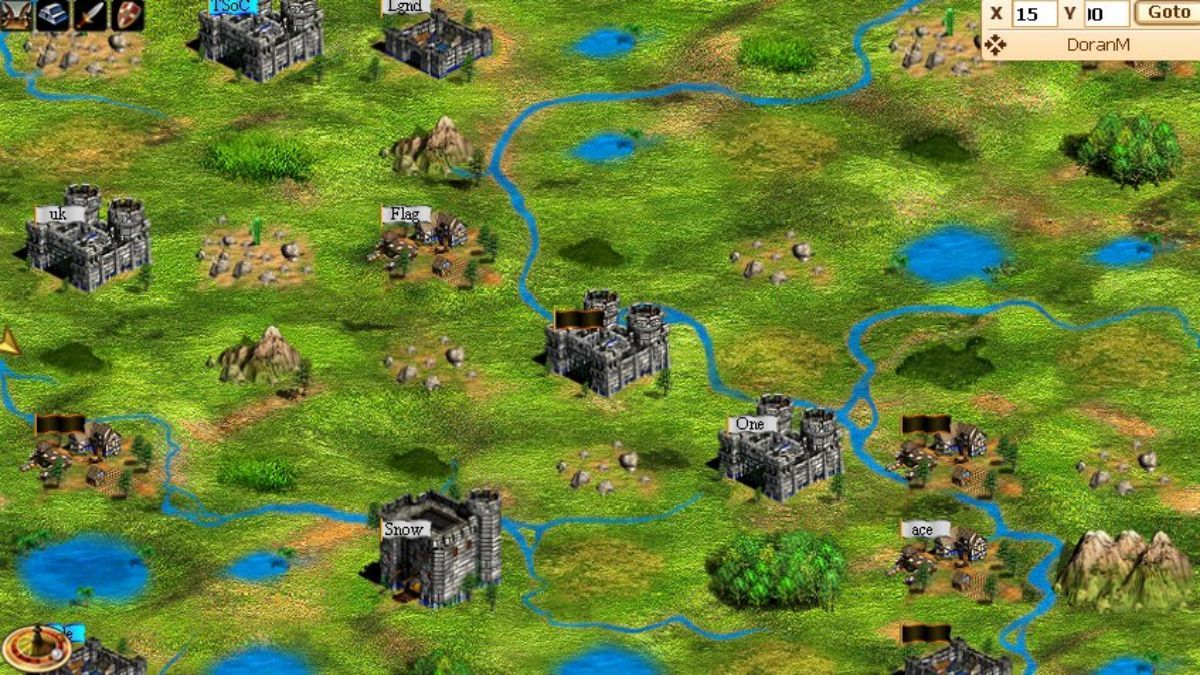 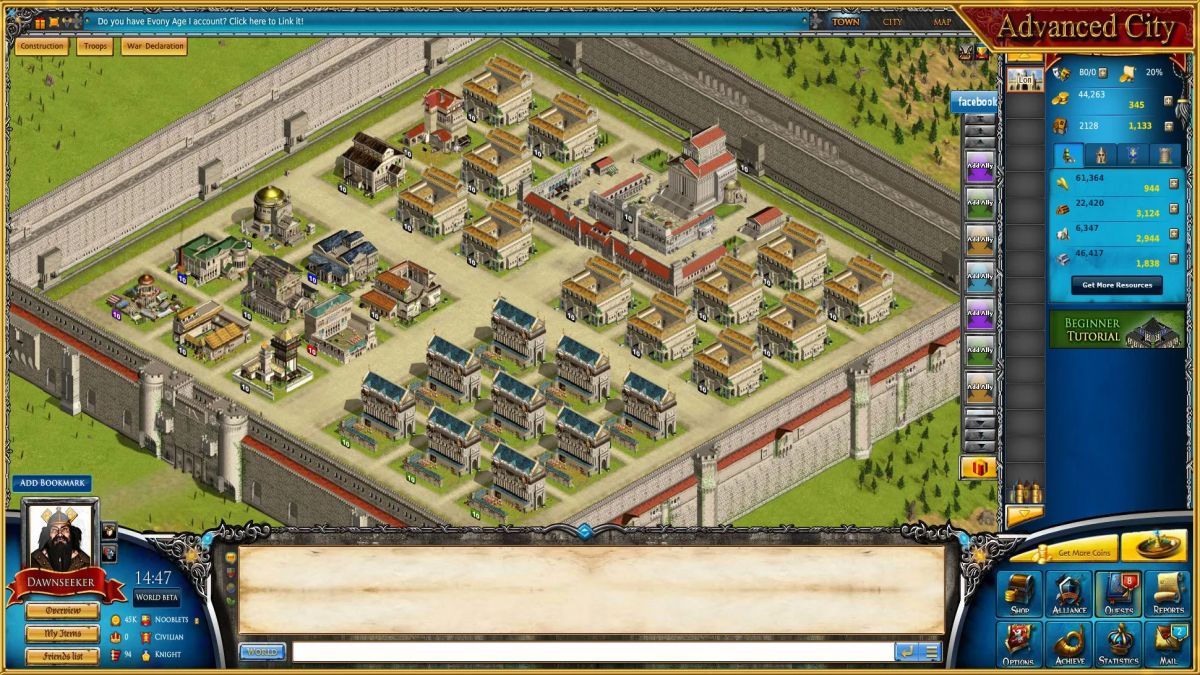 Evony: The King’s Return is a story you’ve heard before. This mobile game has saturated the market with ads about its inventive puzzles, but you’re greeted with a freemium resource management game when you actually get it. In a sea of fantasy-themed city defenders, Evony struggles to compete.

Evony: The King’s Return is one of many mobile games that have been making the rounds on the internet. Its marketing team has produced a number of catchy ads that show off the game’s “pull the pin” puzzle gameplay.

In these puzzles, a number of pins hold various objects back. Removing a pin frees the object or creature behind the pin, allowing it to travel through the level. By pulling the pins in the right order, you can do the thing that the person in the ad couldn’t. You might add water to a fire to put it out, crush an enemy with a rock, or otherwise perform an “obvious” interaction in a slightly creative way.

Evony has these puzzles. It does not have a lot of them, however, and they’re largely concentrated at the beginning of the game. After a very short stint of solving these puzzles, you’re placed into an upgrade-a-thon resource management sim with elements of fantasy city defense. Upgrade your keep to play more puzzles, the game says, then requires you to gather a lot of miscellaneous resources and wait for hours in real-time before your upgrade is complete. When it’s done, your city will be attacked, you’ll have to manage your troops, and you’ll be sucked into the “trap” of logging in every day to get your dailies done and keep your kingdom safe. You can pay real money to make this process easier, but it gets expensive, fast.

Evony is, to put it bluntly, not unique. There are dozens of similar fantasy city-building games on the market. Evony does not hold up particularly well. The writing, art, and voice acting are not particularly high quality. The gameplay seems less engaging than some of the standout titles from the rest of the field. Perhaps most importantly, Evony’s duplicitous advertising means that the community is a bit different from other games. Log into a game like Clash of Clans and you’ll be greeted by a welcoming community of veteran players. Evony’s community seems much smaller and much less welcoming by contrast.

Evony: The King’s Return is a game that seems to have spent all of its budget on marketing. While it has a number of fun, innovative puzzles at the beginning of your journey, you quickly run out of these and have to play a very standard, very droll city defender. Be wary of freemium pitfalls and make sure you avoid this game if you’ve got a habit of shelling out real cash for in-game power.

The best tip for playing Evony is to creatively utilize third-party tools to minimize the amount of time you spend playing the game. By emulating a cell phone on a computer with software like BlueStacks you can gain access to powerful macro recording features. Since the game can be controlled with your keyboard and your mouse, you can use BlueStacks’ macro recorder or even software like AutoHotkey to gather resources automatically. Set these up on a timer while you’re at work and you can come back to a fresh hoard of resources every day.

In terms of army comp, the current meta rewards a slightly balanced army, at least at first. You’ll find that siege units (like catapults, trebuchets, and ballistae) offer a high load capacity, allowing you to collect more resources when you send them out. Including a few extra catapults (but not too many) can make a big difference in your early progression.

Your big priorities in Evony should be gathering from the map, doing missions, and doing puzzles. Always gather from the map first before you do other things so that resources can respawn while you do missions or puzzles. The main “story” will give you a lot of rewards and help guide you on your journey to upgrading your castle, so it’s helpful to concentrate on it whenever you can. As far as puzzles go, just be patient and explore multiple combinations. There’s nothing wrong with failing a few times before you get the solution correct.

The game of Evony is a game of numbers. Log in for enough days to upgrade your stuff, then hope it has higher numbers than your opponents’ stuff. You can review these numbers in the post-battle screen in a spreadsheet-like fashion, stripping away the facade and allowing the game to expose its roots. This is the case for a lot of games, certainly, but Evony’s lackluster gameplay does little to disguise this. While you could argue that Monopoly is just a game of numbers too, it brings social interaction, randomness, and the compelling metaphor of buying real estate on a physical board to the table. Evony’s poor graphics, animations, voice acting, and narrative simply confuse you in an effort to distract you from the numbers.

It is worth noting, briefly, that freemium games like Evony are tests of patience and self-control. If you’re willing to log in every day for a few minutes, you can build an account up to a fairly respectable level of power without much work. You’ll be constantly tempted to spend money, however, and you’ll have to actually log in every day to get your rewards. No matter how disciplined you are, remember that this type of freemium model is so popular because it works. If you don’t want to spend money on microtransactions in a mobile game, you probably should stay away from Evony.

Finally, be patient. Evony is not a game that will allow you to experience instant gratification. Instead, you’ll need to spend lots of time gathering, questing, puzzling, and battling before you can reach the top. Don’t be afraid to do some light gathering and a few quests and then log off for the day. When you log back on, the game will be refreshed and ready for action.

Are you an Evony fan? Have you seen the ads? Do you think we’re right about how the game compares with its peers? Let us know in the comments below!