* For reference, The City Bike Driving 3D game Reviews websites are all approved, there are no viruses and malware.

* For reference, The City Bike Driving 3D game purchase URL is the Amazon website, please feel safe to get it. 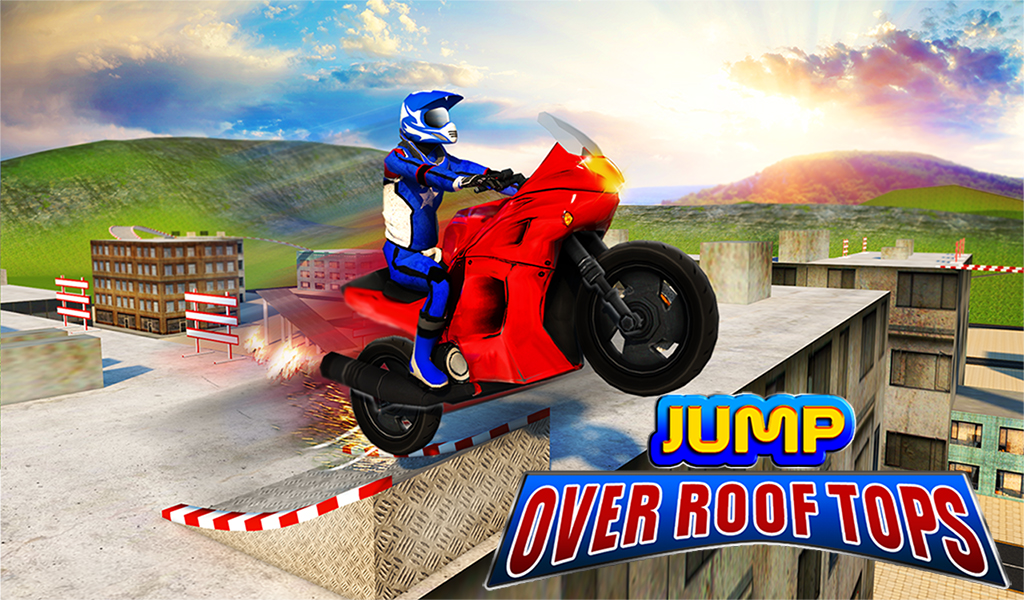 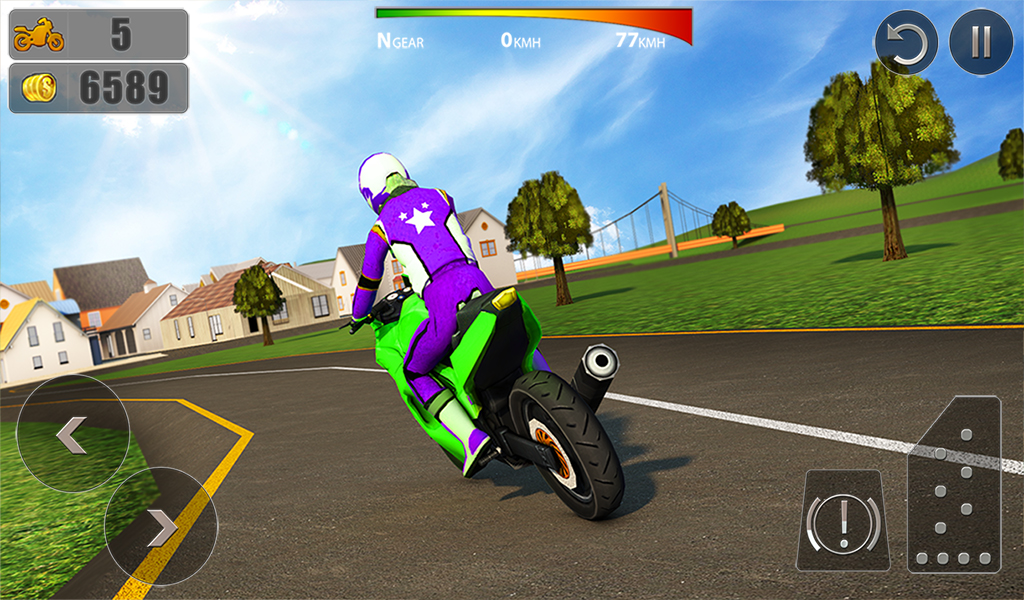 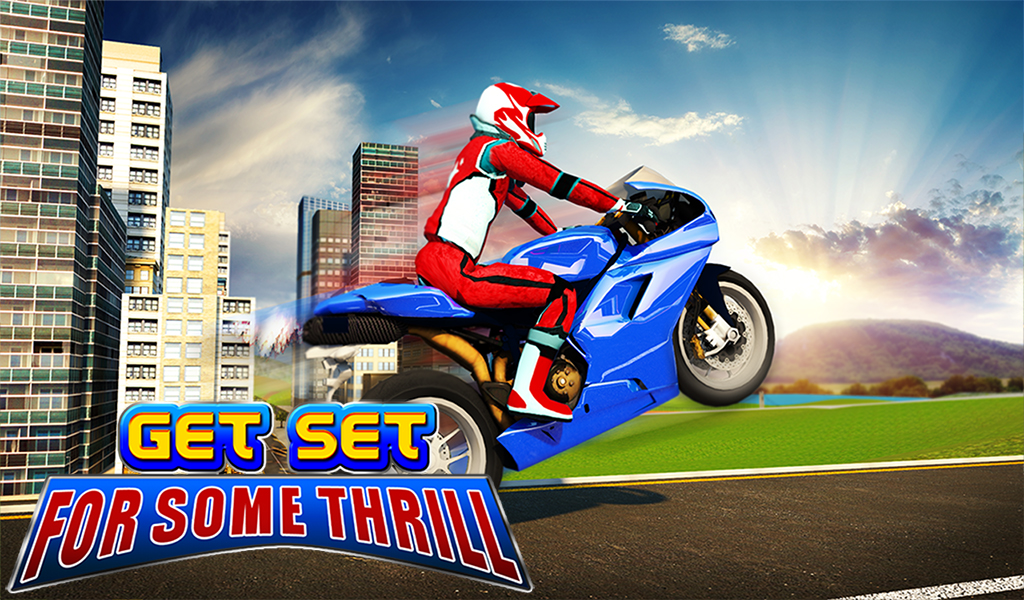 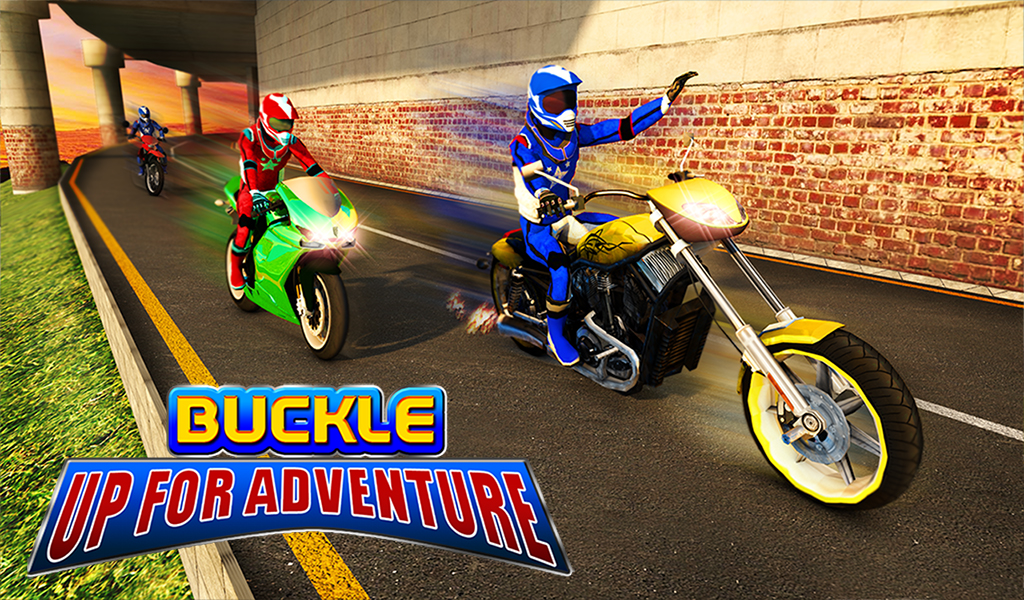 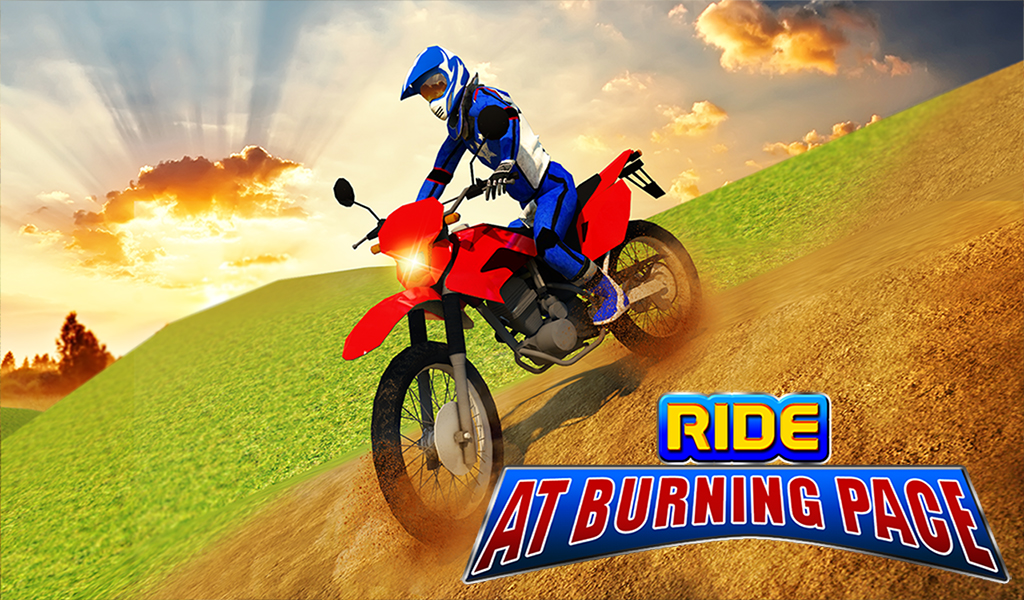 City Bike Driving 3D is a fairly basic game that lets you drive a motorcycle around a virtual town. Small, free, and easy to play, it’ll let you scratch your itch for motorcycle driving without spending a lot of money or data.

City Bike Driving 3D is a mobile game published by Tap2Play. With a basic control scheme, a small file size, and a free-to-play model, you can get into the game for free within minutes. Once you’ve downloaded the game, you’ll be able to ride around on a motorcycle within a virtual city, go off cool jumps, and generally zoom around having fun.

City Bike Driving isn’t Tap2Play’s only game. The developer is known for its low-budget, low-quality simulation games for mobile devices. While these games are free, run on budget hardware, and generally have small download sizes, they’re also not very well made.

Tap2Play’s games are full of simple graphics, excessive pop-in, and buggy gameplay. The buildings and objects utilize incredibly basic models with solid textures, appear randomly as the player approaches them, and have wildly inconsistent collision boxes that result in crashes and unusual behavior. Even the act of driving around a city in a game ostensibly about driving around a city is often a troubling and incomplete experience.

In other words, if you’re looking for a detailed or smooth simulation experience, you’re probably not going to find it with one of their games. Instead, you’ll get a low-quality, buggy game that will likely fail to live up to the images and text on the game’s store page.

City Bike Driving is no different. This is not a game that looks good on new devices. It’s also not a game that delivers particularly inspired gameplay. While it might be fun to ride around on a motorcycle for a few minutes, this isn’t a game that you’re likely to play for more than an hour or two on your own. Instead, you’ll likely find the flat graphics, lackluster gameplay, and poor controls to be lacking and move on to a different game.

Overall, while City Bike Driving 3D’s free-to-play nature and low download size mean you won’t massively regret trying out the game, it’s not very good. This is a low-budget game made for older devices. It was published by a company that churns out bad games by the dozen. City Bike Driving 3D offers nothing in terms of graphics, gameplay, or fun that you won’t find in a competitor. Unless you’re trying to save money or megabytes, it’s definitely safe to skip this game.

City Bike Driving 3D was made specifically for mobile devices. The game utilizes a number of on-screen buttons to control a motorcycle positioned in front of a 3D camera. Use the brake and accelerator pedal to control the speed of your motorcycle. Pause and reset buttons enable you to get cool screenshots as you go off of jumps or return your motorcycle to an upright position after a bad crash or a buggy interaction.

The best way to play City Bike Driving 3D is to revel in the game’s low-budget nature. Don’t expect perfection here. Instead, you’ll want to explore the world and enjoy the quirky interactions that you find. Try to experiment with different obstacles and see what happens. Enjoy the game’s ready-made jump spots, try going off at unusual speeds, and enjoy the low-budget motorcycle crashes.

As far as quests and objectives go, the best way to enjoy City Bike Driving 3D is to largely ignore them. It’s very likely that you’ll get bored and frustrated trying to follow the game’s directions. Making your own path will likely be much more fun.

City Bike Driving does get a bit better with friends. If you’re stuck in a room with very limited data, it might be fun to explore the buggy, basic world with a friend. You can enjoy the glitches, the atrocious graphics, and the general low-quality, low-budget feeling of the game. It’s like watching a movie that’s so bad it’s good. Still, don’t expect to spend lots of time with the game. You might be able to kill an hour or two by giggling at how terrible it is, but it’s not going to turn into a weekend-long timesink.

This isn’t to say that City Bike Driving is irredeemable. The game doesn’t sell itself as a high-budget AAA masterpiece. Instead, it’s free, small, and has a certain charm. Not the sort of charm that you’d ever pay for, mind you, but it’s definitely not the worst way to spend a few minutes at a bus stop. If you’re worried about data caps, City Bike Driving 3D is a small enough download that you can easily load it on your phone on the go.

In the same light, the fact that City Bike Driving is free makes it an interesting option. The game does have a handful of in-app purchases, but you’ll be able to get all of the enjoyment that the game offers without spending a dime.

There are many very good driving simulators and racing games for mobile. Unfortunately, many of the best ones aggressively push paid content within a freemium model. City Bike Driving avoids this by accident. By being a bad game overall, it does a good job of keeping your wallet safe. This means that if you want a way to kill a few minutes that won’t tempt you to spend money, City Bike Driving might be a good call.

To be fair, City Bike Driving is a bit short of being a total trainwreck. This means that you’re not going to randomly shoot off into space every time you tap the accelerator. You will, however, be able to enjoy and appreciate a game that’s not very well made. If you go into it with an open mind and low expectations you might find that it’s worth the sticker price.

Are you a fan of City Bike Driving 3D? Do you agree with our assessment of the game? Let us know in the comments below!