* For reference, The FIFA Soccer game Reviews websites are all approved, there are no viruses and malware. 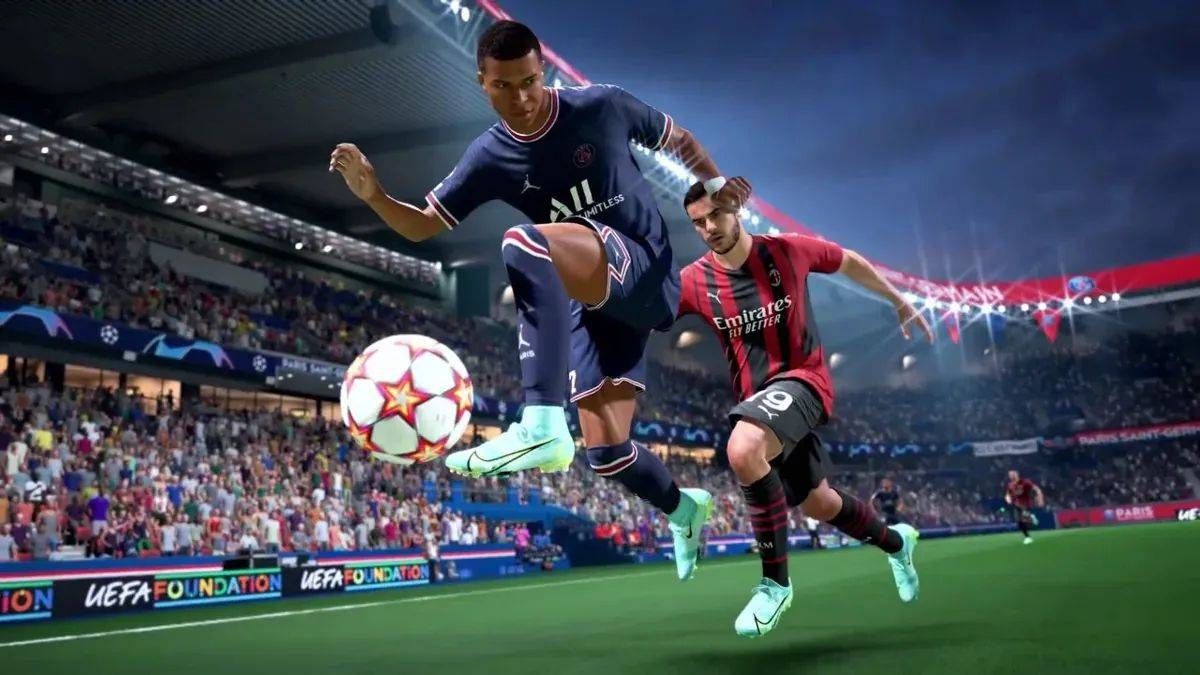 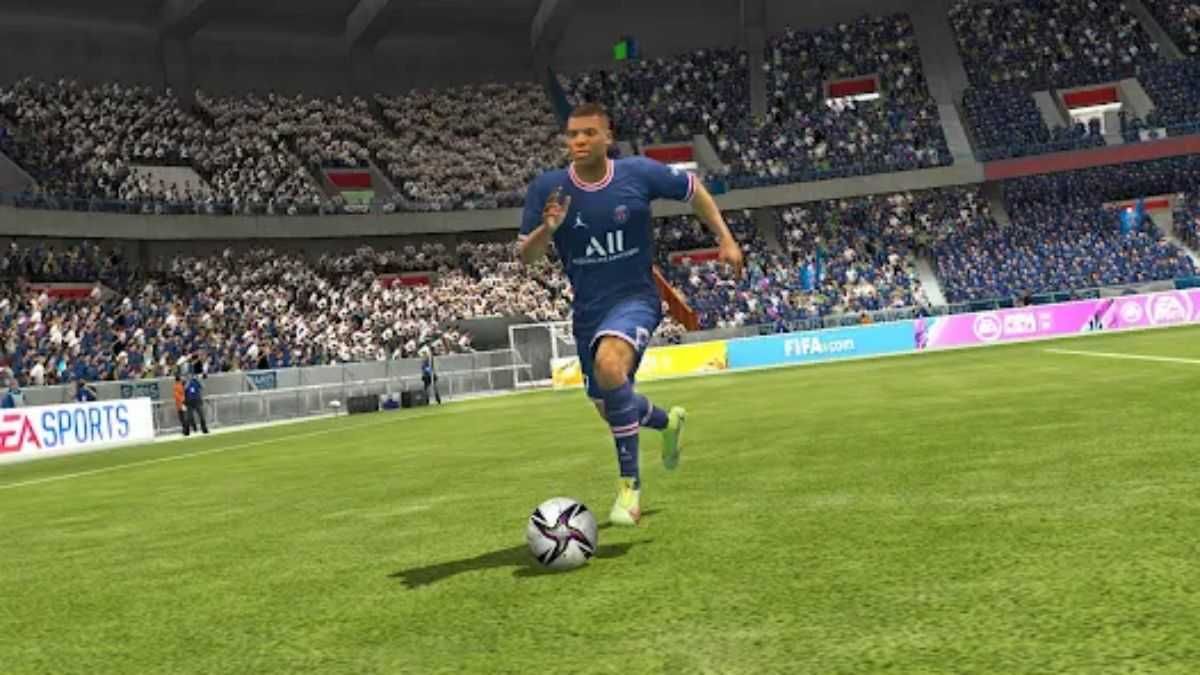 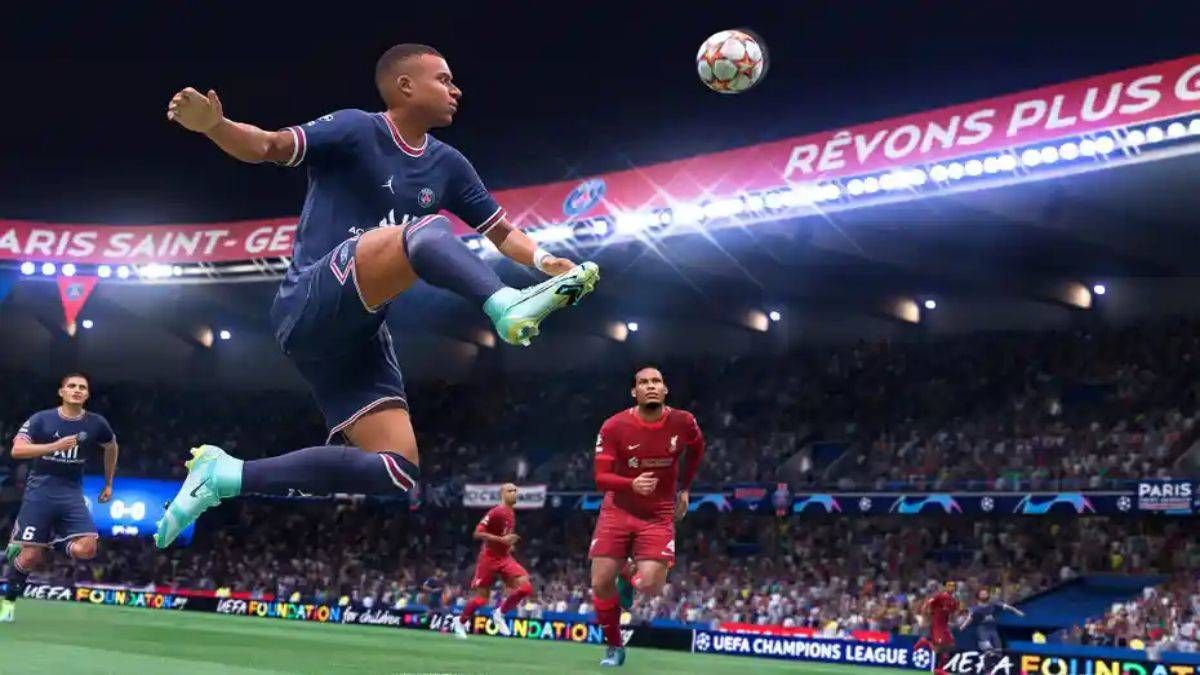 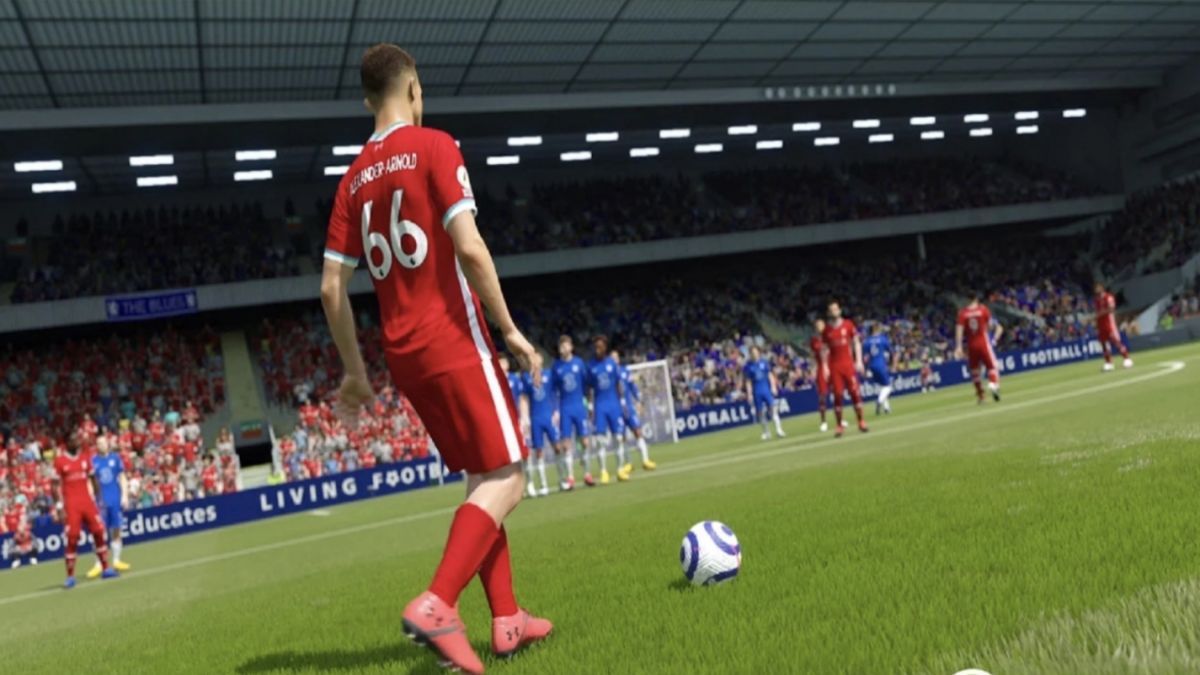 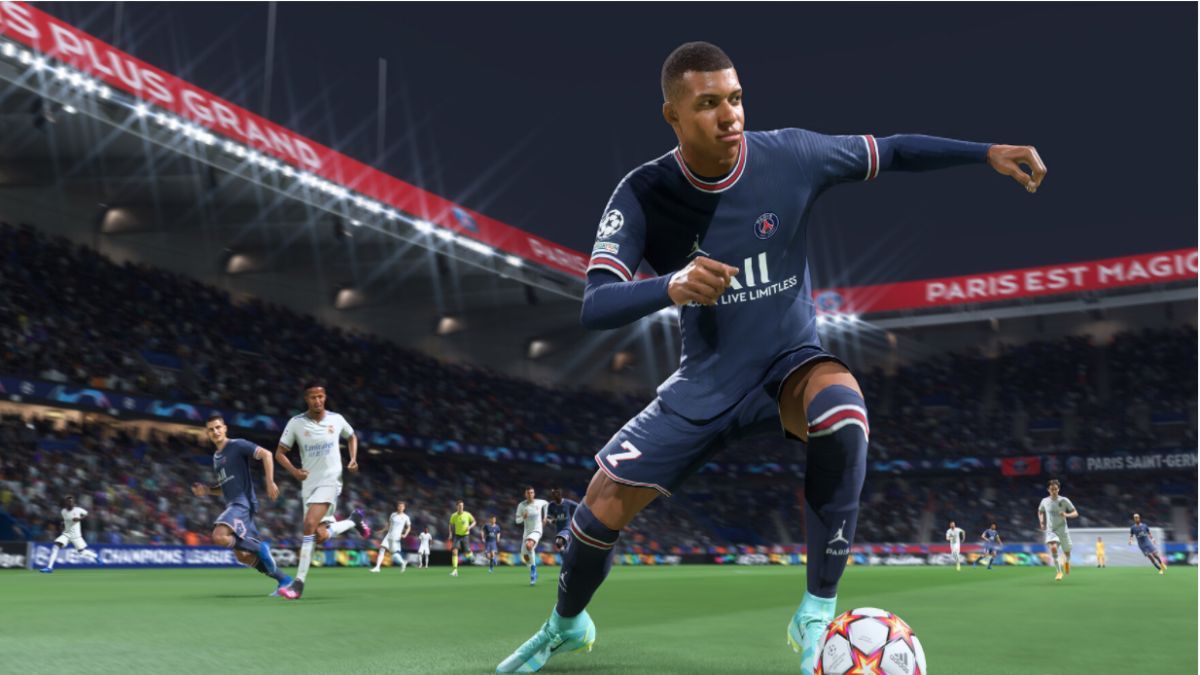 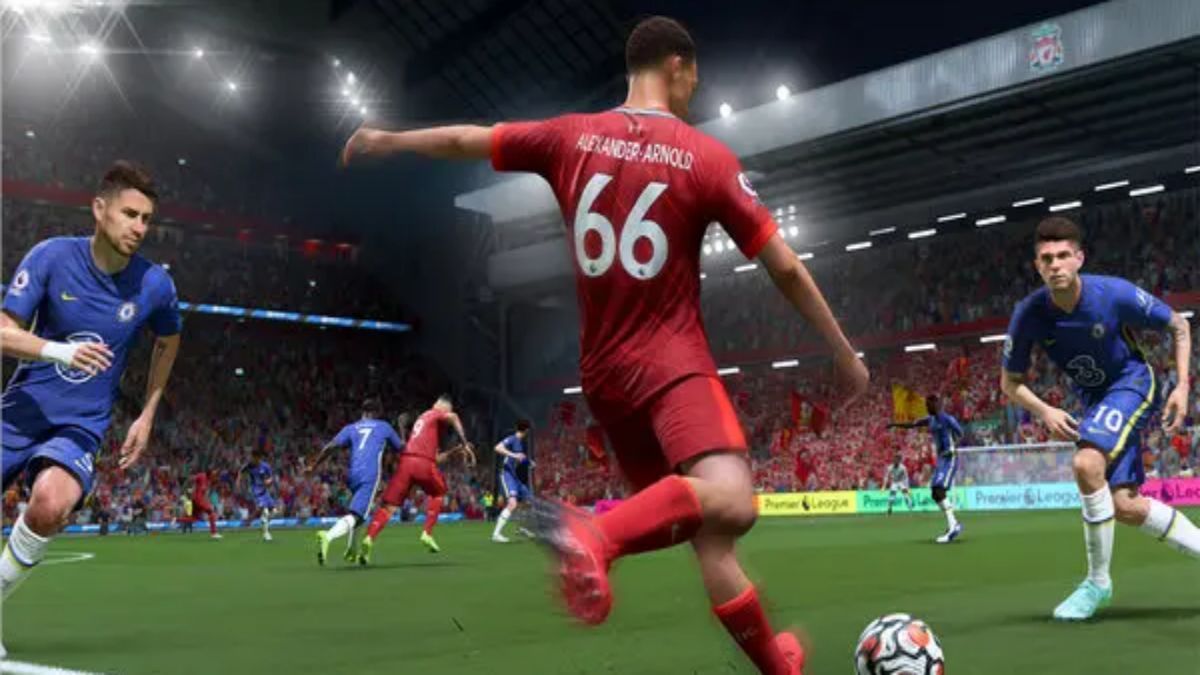 Relive your passion for soccer and build your Ultimate Team from the comfort of your mobile screen!

Every time you see a mobile spin-off of a popular gaming franchise, you may safely assume that it's a cash grab. This time around, things are not different!

FIFA has been, throughout most of gaming history, the king of sports games. Having reached a level of brand awareness that has survived throughout entire gaming generations, EA Sports seemingly felt overconfident in the series' future, to the point of abusing their own fanbase.

There was a time when FIFA games had unique offerings each year in order to entice sales. That was, at least, until Ultimate Team came to the fore, signaling a new way EA Sports monetized their games. From that moment on, their priorities started to change, with each new launch offering diminishing returns. "If it ain't broke, don't fix it" the saying goes but, then again, why release virtually the same game over and over again with different wallpapers and a rooster update?

All of that brings me to this mobile title. Being centered on the Ultimate Team mode, it epitomizes everything that went wrong with the series since roughly FIFA 10. Now, I would be lying if I said that this game is not enjoyable. FIFA Soccer is still one of the most polished soccer games on mobile. However, EA Sports became essentially a card dealer at this point, and trust me, they'd want to sell as many cards as possible!

With that, we come to the eternally-denied accusations of "scripting". Scripting, to put it in laymen's terms, consists of tweaks in the game's code meant to prompt predetermined outcomes. Hence, if the "game" decides that you win, you'll become all-powerful and invincible to the opposing team, whereas if it gives the proverbial "thumbs down", your players will behave like headless chickens under a hex.

We won't be assuredly affirming that scripting exists in this game because, technically, there's no "proof" of this (even though EA has bragged about this in the past, ironically). However, playing FIFA Soccer (and any FIFA game released in the past 12 years, for that matter) has left me with the impression that the gameplay was a bit unfair at times, no matter if I won or lost (before anyone suggests that I'm venting my frustrations as a lousy FIFA player!)

Linking this to FIFA's virtual "Panini cards", some players, upon experiencing a losing streak beyond their comprehension, will be left with the impression that they need more high-tier players to overcome the situation. Now, you may begin to see why scripting is a very tempting marketing tool. Again, I'm not saying it exists, I'm just pointing out how this could theoretically be the case. Perhaps I am a lousy player after all, or I'm just too distracted by "worldly concerns".

Now, in terms of actual gameplay, regardless of any predetermined outcomes, this game is a beast! If you asked for a soccer game on mobile with realistic physics and console-level graphics (albeit two generations older), FIFA Soccer would undoubtedly deliver that kind of experience. Oh, and don't forget the superb commentaries, courtesy of Derek Rae and Lee Dixon in the English version!

In the mobile sports games realm, there is virtually no competition for FIFA Soccer, a paradigm that I find a bit distressing!

FIFA Soccer is an association soccer simulator in which you control an entire team through a series of command buttons or gestures.

As stated in the description, the core game mode is Ultimate Team, whereby you build your dream team by obtaining players or "packs" with coins or other means. These coins are earned when you achieve certain objectives and play games (winning earns you more coins). Aside from coins. You also earn other rewards such as packs players, or stadium items.

The number of coins you win at the beginning may help get you started, but if you want to build a powerful team to get you through higher divisions in a reasonable timeframe, you'll be encouraged to buy coins using real-life money.

The players' contracts are portrayed in the game's UI in the form of cards, giving the impression that you're playing a collectible card game as well as a soccer simulator.

Squad building is a relatively complex endeavor, and there's quite a bit of micromanagement to be done and metrics to look out for. One of these metrics is "Chemistry". Your goal is to have your squad attain a 100 Chemistry mark. This is possible in various ways, such as grouping together players from the same real-life team or nationality within your line-up. You can try out different formations, positions, and managers for this purpose. A team with high Chemistry will tend to perform far better in everyday matches.

Another thing to consider is a player's category. Players are sorted into different categories according to their rating and in-game rarity. These categories are Bronze, Silver, Gold, and Special, from lowest to highest. The teams with the most number of Special players are the more likely to succeed in the long run.

Down at the "pitch level", the game is played using the touchscreen commands on the right (which change depending on whether you have the ball or not) and the floating joystick on the left to move your players around. You can alternatively control most of the actions via gestures such as tapping or swiping on the screen. In addition, you may adjust your team's tactical stance to Defending, Attacking, or Balanced, depending on what you need at a given moment.

Finally, you have three main online game modes and two offline modes. The online modes are Head to Head, VS Attack (in which you may be promoted or demoted to different divisions depending on your performance), and VS Friend (Head to Head or VS Attack games with people on your friends' list). The offline modes are the League Tour (games against the machine that earn you rewards) and Daily Training (quick skill games that also grant you rewards upon completion).

FIFA Soccer (also called FIFA Mobile) is, in a nutshell, a good game that unfortunately only capitalizes on the worst aspects of the FIFA franchise. It's worth trying out, but I would urge you to exercise caution if you plan on getting too competitive with this one.

Have you already built your Ultimate Team? Relate your experiences in the commentary box below!