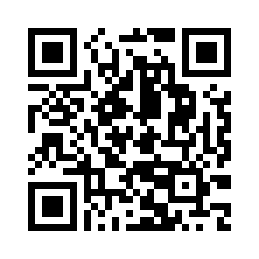 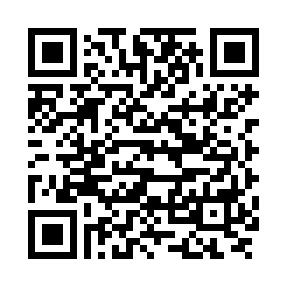 Among us is a multiplayer video game developed by American game studio InnerSloth and released on June 15, 2018. Among us is a leisure puzzle game made and released by Innersloth against the background of Werewolves of Miller's Hollow game mode. All players in the game will be divided into two camps. The crew will find traces left by the impostor to expose it throughout the game, while the impostor will find the opportunity to create chaos, and kill the crew. Both sides will fight bravely and live to the end in this ship.

The theme of the game is space, and the player will play one of the crewmates or the impostor. The target of the crewmate is to identify the intruder and complete the task, while the target of the intruder is to kill all the crewmate without being found. Until 2020, when many Twitch owners and YouTuber games play the game, It becomes popular. In response to the popularity of the game, game developers announced in August 2020 that they would develop a sequel, Among us 2. But a month later (September) announced the cancellation of the development of the sequel, shifting the focus to improving the original game.

The gameplay is similar to Werewolves of Miller's Hollow, supporting team voice, you can call their own friends to download the game, to a tense and exciting mobile Werewolves of Miller's Hollow. Retro cartoon screen design, it seems full of age, lovely astronaut image of the small characters are very cute, play interesting, interested partners can download the latest Chinese version to experience the Olympic Games!

Among us is a multiplayer game that supports 4-10 players. Where the game will be randomly selected 1-3 players play intruders, while the rest play crew. There are four maps of the game: spaceships (The Skeld), skyscrapers (Mira HQ), polar (Polus), airship (The airship. The crew will complete the task on the map in the form of Mini-Game, including the maintenance of important systems, such as rewiring or refueling the engine. The intruder gets a false list of tasks to mix with the crew, who can identify other intruders and have the ability to destroy the map system, cross the vents and kill the crew. If players are killed by impostors, they will become ghosts. Ghosts have the ability to cross walls, but can only continue to interact on the map in a limited way, with the exception of dead players who become ghosts, no other players can see ghosts. With the exception of ghosts, all players can only see a limited distance.

Crewmates need to complete all tasks or find and destroy all intruders in order to win, while intruders need to kill a certain number of crew members, so that the remaining number of invaders equal to the number of intruders or damage countdown to win, the ghost is by assisting teammates who are crew members or intruders to complete the task or destroy. When the intruders engage in sabotage activities, they either have an immediate effect (such as turning off all lights), or the damaged facility will begin the countdown, and if the crew does not resolve the facility before the countdown is over, all crew members will die and the game will be over.

If a player finds the body, he or she can immediately report and force all players to attend group meetings, vote for suspected intruders, vote on a relative majority system of counting, and the player with the highest number of votes will immediately die and become a ghost. Players can also press the emergency meeting button on the map at any time to hold the meeting. The game is a text chat, or use the Quick chat to type (in the new version below thirteen players can only use the Quick chat ). Only living players can communicate during meetings, while ghosts can only communicate with ghosts. Although the game does not have a built-in voice chat system, players often use third-party chat services like Discord to communicate while playing the game. The game provides a variety of custom options, such as field of view and emergency meeting buttons. There are also many items to choose from in the game, such as spacesuit color, skin, hats, and pets, some of which have to be paid for.

Unfortunately, professional review of the Among Us app is not yet ready. This app is on the list and will be reviewed in the nearest feature. Meanwhile, you can find more from the official description below.

If you have something to say about this app and make own review - write us. We are looking for talented app critics!

Welcome to gamebass.com! We have thousands of Chrome/iOS/Android for you to download, and we add new downloadable games every day! Our games are all from the most popular game developers. Surely the games will keep you entertained. You can download the games to your mobilephone first and you can play them for some time freely. Then you can buy the full version games if you like them! At gamebass.com we pride ourselves in serving you the newest and best games to download everyday so that you will not be disappointed. All our games have high quality.