* For reference, The Solitaire. game Reviews websites are all approved, there are no viruses and malware.

* For reference, The Solitaire. game purchase URL is the Amazon website, please feel safe to get it. 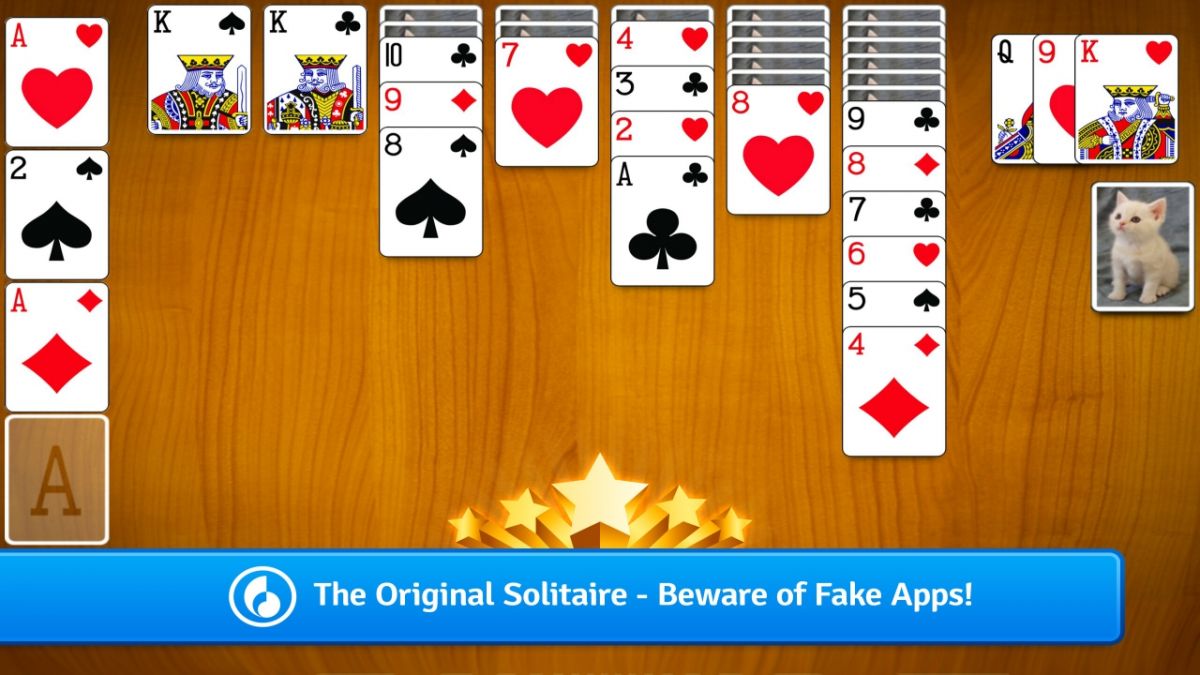 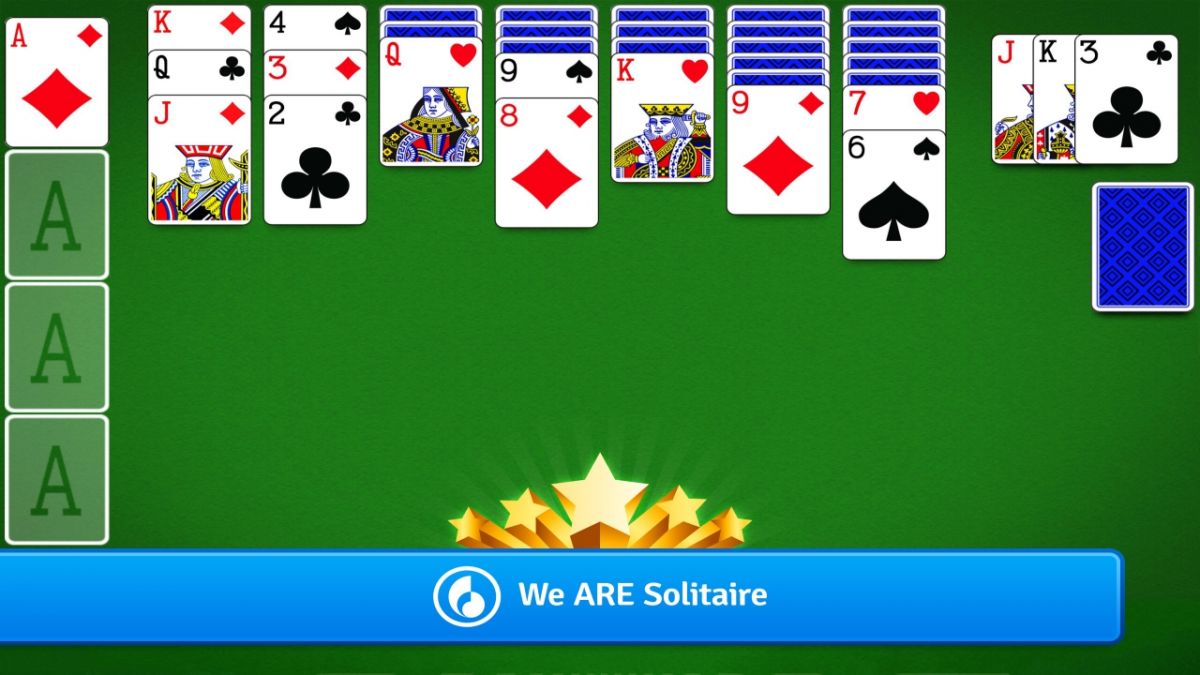 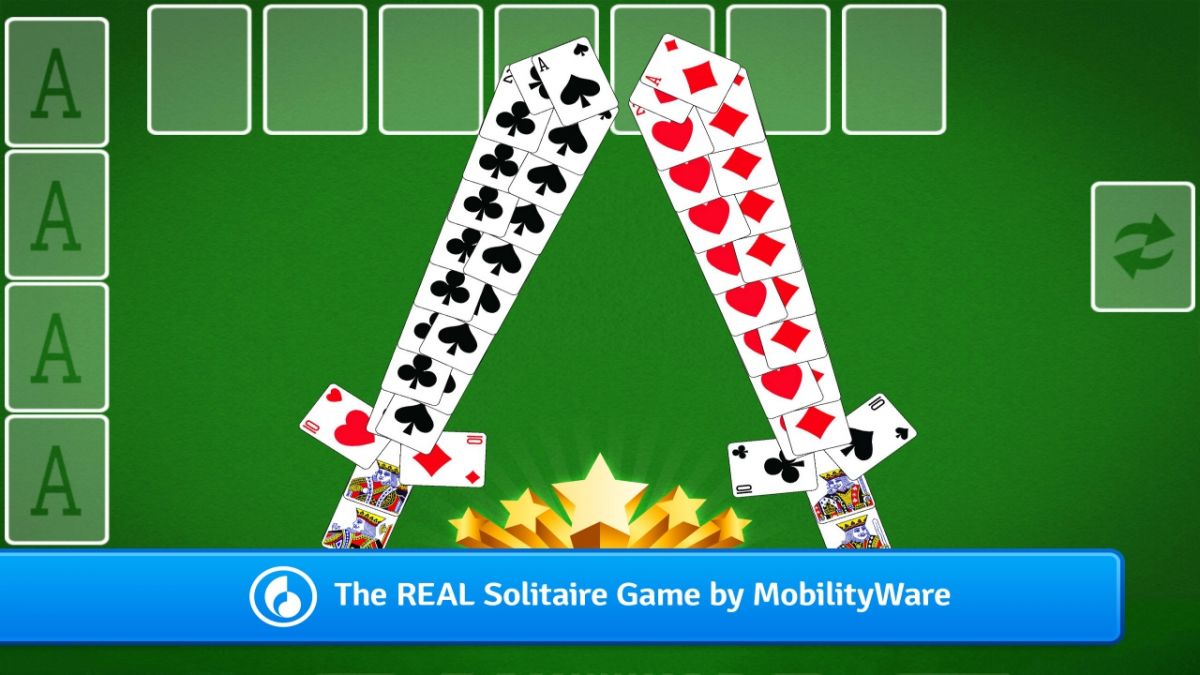 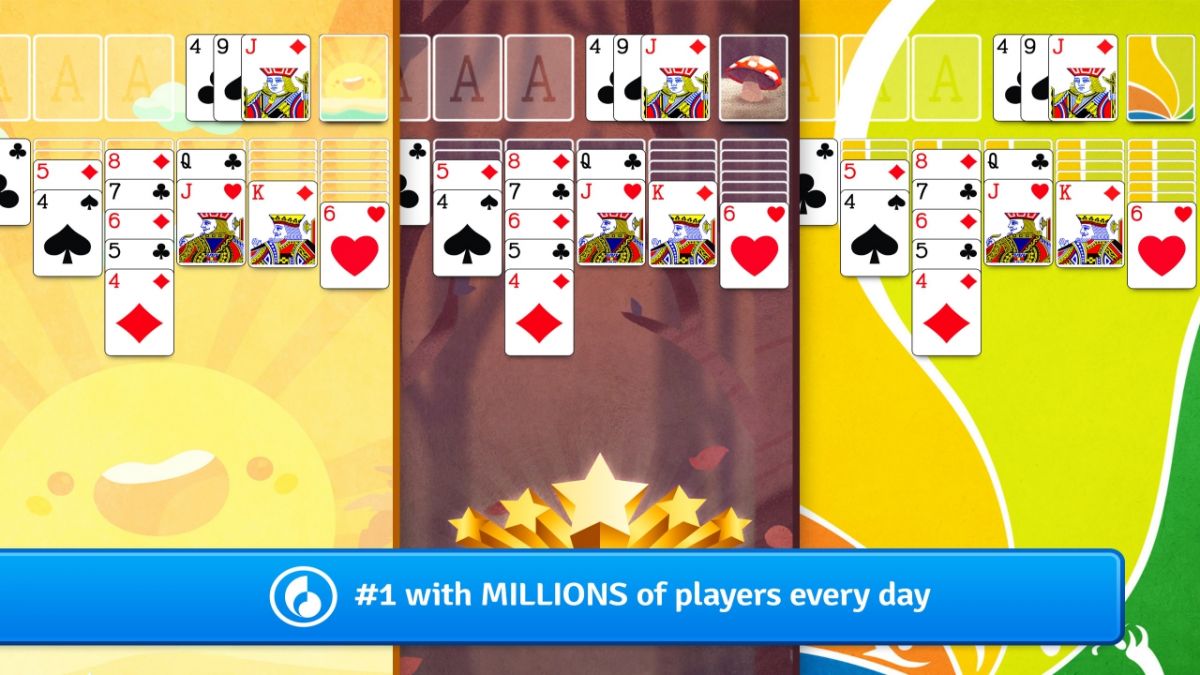 Solitaire is a simple port of a classic one-player card game. Use the plethora of options to enjoy the game the way you want !

MobilityWare's Solitaire app is a no-nonsense, no-frills adaptation of the card game Klondike Solitaire. Your goal is to work through a deck of cards, putting cards in descending order with alternating colors or banking them by suit in ascending order. Several cards are hidden at the start of the game, requiring you to manipulate the board to reveal them so you can complete your ordered sets at the top.

Solitaire has been played in many forms by card enthusiasts for centuries. Klondike Solitaire, the version featured in the app, has been especially popular since its inclusion in Microsoft Windows in the 1990s. While the game is often unwinnable with a physical deck of cards, MobilityWare’s Solitaire app features an option that only gives you winnable deals. This ensures that you never get stuck – unless you want it to be a possibility.

In addition to the ability to force winnable deals, MobilityWare has baked in a huge number of helpful options to keep things varied. These include the ability to customize how you turn cards from the stock to the waste, optional achievements, daily challenges, and even the ability to compete with other players given the same deal. These options give you plenty of room to customize the game and stretch Klondike from a simple time-killing activity to a competitive puzzle that stretches your brain.

While Solitaire is free, the app is supported by occasional advertisements. These have gotten more frequent in recent years, driving more users to purchase an in-game option that removes ads for 6 months. This does NOT remove ads altogether, which is somewhat unusual for games like this. Given the basic graphics and free rules of Klondike, it’s not clear why this game doesn’t have the same ‘remove ads forever’ option you see on much more complex apps.

Solitaire has a handful of graphical options that allow you to change how things look. At its core, however, MobilityWare’s app looks worse than the program that came installed free with Windows 98. This shouldn’t be a dealbreaker by any means, as the graphics offer great clarity, but this is not going to be an app you play for the visuals. Instead, it’s something you play because it’s familiar.

There are quite a few Solitaire games on the market. MobilityWare’s Solitaire might not be the best one, but it is free and the download is quite small. If you’re hankering for a classic game of Klondike, download the game and try it out! You’ll be able to figure out if this is the app for you after a few minutes of play.

MobilityWare’s Solitaire uses a version of solitaire called Klondike.  If you’d like to play Klondike on your own (without the app), here’s how to go about it.

First, find a complete deck of cards (without jokers). You’ll need exactly one of every card to complete the game. Klondike can be a fun way to figure out whether or not your deck is missing any cards, but if that’s not your goal, you’ll be frustrated later when you find out you don’t have a Jack of Diamonds.

Second, shuffle the cards. This step is especially important if you’re playing back-to-back games of Klondike, as you’ll have ordered the cards at the end of your last game. Try to ensure that you do at least 7 riffle shuffles to randomize the order of the cards.

With a face-down deck, lay out 7 piles of face-down cards. The first pile should have 1 card, the second 2 cards, and so on until the 7th pile, which should have seven cards. Once the piles are arranged, turn the top card of each pile face up.

You’ll also want to set aside four spaces to form foundations, where you’ll put the deck in order.

The rest of your cards are called the stock. To play the game, you’ll do one of two things: you’ll either move a card to a new legal position, or you’ll flip through the stock to reveal a different set of cards. Cards can be placed face up on the tableau (the 7 piles) as long as they’re in descending sequential order and their colors alternate. In other words, you can have a black 7 and then a red 6, and if you found a black 5 somewhere, you could move it on top of the red 6. You’re also allowed to move piles of cards all at once, as long as the new location is also legal. This means if you flipped over a red 8, you could put the entire hypothetical pile above on top of it.

Whenever you move all of the face-up cards off of a pile in the tableau, you can flip over the top card and either move it to a legal location or play cards on top of it.

The goal of Klondike is to get the entire deck into the foundation. This isn’t always possible, however. Depending on your skill at the game, the rules you impose on yourself, and the shuffle, you’ll win 90% of your games or fewer.

The most important skill when playing Solitaire (either in real life or in the app) is to recognize legal moves. The better you are at figuring out what you can do, the easier it will be to spot opportunities to uncover face-down cards or wiggle cards to the foundation. If you think you’re stuck, try to play every combination of legal moves, even if they don’t seem to do anything. In many cases, you’ll think of a way to reveal a new card.

Are you a Solitaire fan? What are your personal odds of victory in Klondike? What other types of Solitaire do you play? Let us know in the comments below!